Was My Love Affair With the Apple Watch Just a Fling?

Was My Love Affair With the Apple Watch Just a Fling?

In March I decided to stop using both my iPhone and Apple Watch for an entire month.

Now, as challenges go, this isn’t quite up there with climbing Everest or running 26 consecutive marathons, but for someone who has been nestled deep within the Apple ecosystem for about fifteen years, it’s quite a big deal.

I’ll save my thoughts on the switch from iPhone to Google Pixel 4a for another day.

Instead, I’d like to talk about the Apple Watch.

Yeah, I was first in line

I couldn’t wait for the launch of the Apple Watch back in 2015. Having been a huge fan of watches since I was a kid, the thought of Apple making some form of wrist-bound computer filled me with excitement.

The rumours up until that point had painted all manner of scenarios. The ‘iWatch’ (as it was so often referred to back then) would, depending on who you listened to, either be as simple as a fitness band or as complex as a potential iPhone replacement.

The Apple Watch turned out to be something far more perplexing. It attempted to marry the simplicity of telling the time with communication, fitness tracking and deep iPhone integration.

As a result, it was an incredibly unfocused, confusing product. Indeed, I loved mine, but I could never really nail down its true purpose or measurable benefit on my life.

It was, therefore, nothing more than a luxury purchase. But as watchOS developed and the hardware became more capable, the Apple Watch grew to become the most impressive mass-consumer fitness tracking device available.

Sure, you can still use it to make phone calls, open and close your garage door and interact with Siri, but the Apple Watch is at its best when it’s tracking your run, measuring your heart rate or being on guard for a fall.

For me, the Apple Watch was a constant companion on runs. I’d set the running activity, choose my favourite playlist and head out into the wild (or onto the treadmill). But it was also a genuinely useful notification device and has reminded me on several occasions of important meetings, tasks and messages I might have otherwise missed.

At the start of this year, I began to notice something about the way in which I was using my Apple Watch.

It hadn’t changed, technically. Before each run, I’d still start the aforementioned running activity. I’d also use it to play my favourite running playlist when I couldn’t be bothered to take the iPhone with me.

I was still taking note of any notifications that ‘tapped’ me on the wrist, too.

However, two things struck me. Firstly, although I was religiously tracking my runs, I wasn’t doing anything with the data the Apple Watch produced. The pace, distance, average heart rate; the numbers were continuing to rack up, but I never bothered to look at them.

Secondly, notifications were clearly becoming more of an irritant than a benefit. I caught myself on several occasions rolling my eyes at the mere sensation of those wrist ‘taps’. They were taking my eyes off whatever box set I was currently enjoying and there were far too many instances of an Apple Watch notification catching me off guard during meetings.

So, what was I using the Apple Watch for? If those health metrics were seeming of zero interest to me, why bother collecting them? If notifications on your wrist become irritating after a while, why not turn them off?

In fact, why wear the Apple Watch at all?

I’ll let you into a little secret: I’m not even that keen on the Apple Watch design. It has got better over time thanks to thinner screen bezels and a flatter profile, but it still doesn’t beat a circular watch with all the intricate dials and mechanical workings on display. I’ve also never really found an Apple Watch band that sets off the design.

Maybe this was my six-year itch. Perhaps my time with the Apple Watch has been nothing more than a fling. 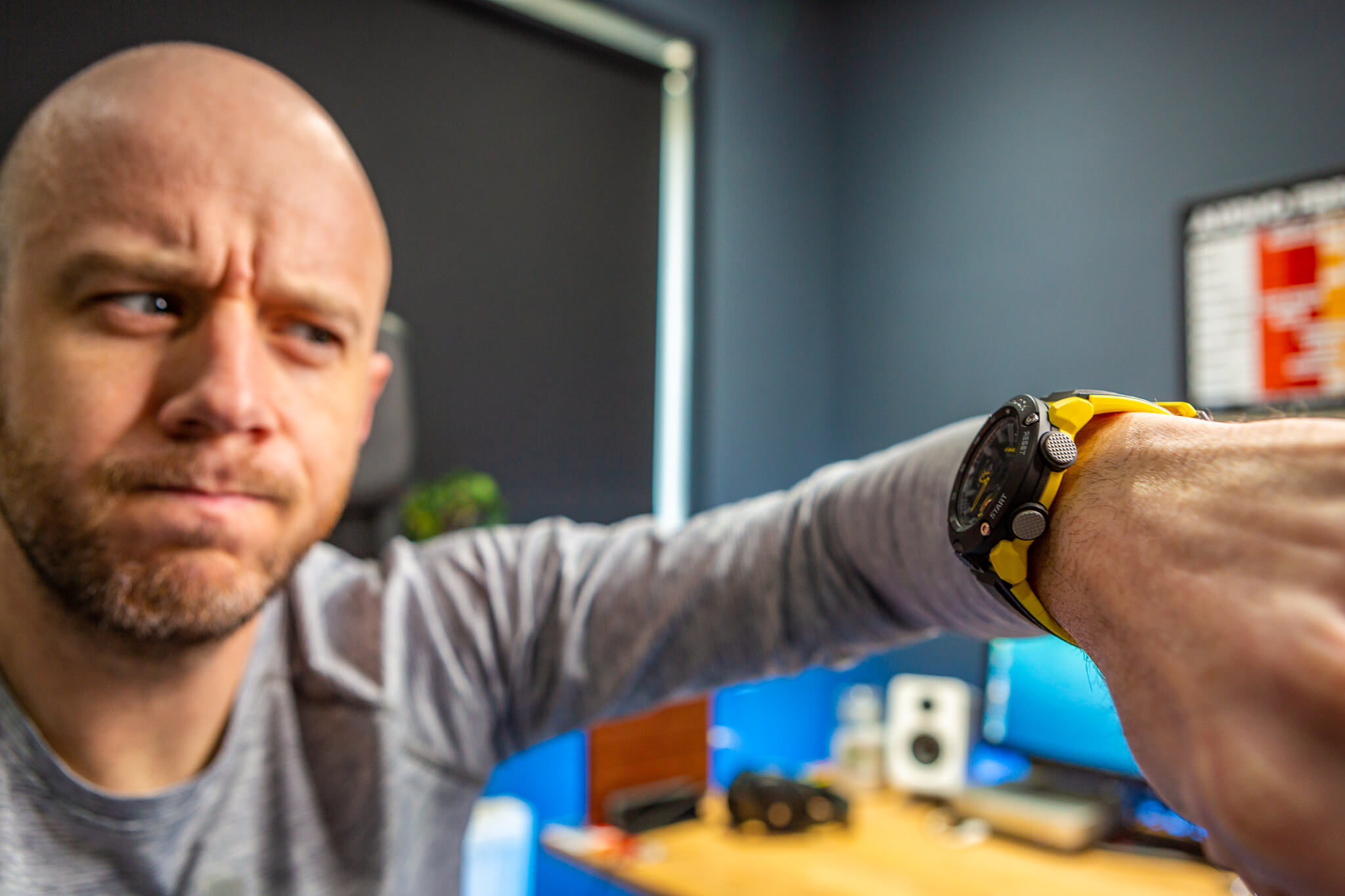 During my month-long experiment without the Apple Watch, I’ve switched to a Casio G-Shock.

I love it. It’s a bit garish if you’re not into the marriage of yellow and black – but I am, and I also love both its chunkiness and air of “you can literally do anything to me and I won’t complain one bit”.

I’ve owned G-Shock watches before, and I’ve been hankering after one for a while. But it always felt like I was considering cheating on the Apple Watch; I just couldn’t bring myself to buy another watch that would inevitably spend most of its life on my bedside table.

Now, I’m not so sure that’ll be the case. I fully intend to start using my Apple Watch again; I need to – it’s a duty I have for my audience on YouTube – but, equally, I don’t think it’ll be a permanent fixture any more.

The joy of a simple, traditional watch that doesn’t depend on a dual-core processor to tell the time is a very satisfying thing indeed. And I think it’s something to which I’ll regularly return whenever the desire to pick the G-Shock over the Apple Watch strikes.

What Apple needs to do

I should reiterate that I think the Apple Watch is a brilliant product. It’s one of Apple’s best, in fact, not least because of the health benefits it offers and the genuine tales of it saving people’s lives.

Apple has also worked hard to make it as accessible as possible, and I believe we’ll see that drive continue during 2021 as new models are announced. It’s why you now see Apple Watches everywhere.

For me, it’s largely about aesthetics – I’m not afraid to admit that. When it comes to the health metrics and notifications, I think I simply need to make more effort as a user.

But, back to the design. I’ve spoken about the simplicity of the G-Shock, and I’m also a huge fan of its design. Watches were designed to be circular, and I’d love to see something like that from Apple.

Will we? It has been discussed, but I highly doubt that we’ll see a circular Apple Watch this year. Unfortunately, if the 2021 redesign extends as far as a slightly thinner profile, uprated screen and new watch bands, I’m afraid the Apple Watch will continue its new role as a secondary wrist device for me.