The Big Question: Would I Buy AirPods Max Again?

The Big Question: Would I Buy AirPods Max Again?

When I originally reviewed AirPods Max, I made it abundantly clear that I wouldn’t have purchased Apple’s over-the-ear cans personally. I bought them solely to review – for you lot. Because I’m nice like that.

But I’ve now used them for six months which is, surely, long enough to answer the big question: would I buy them again?

I think I’m in a good position to dig into that answer a little more now because AirPods Max have spent time wrapped around my ears pretty much every single day since I unboxed them in January.

Let’s find out what I’ve learned in that time.

How I use AirPods Max 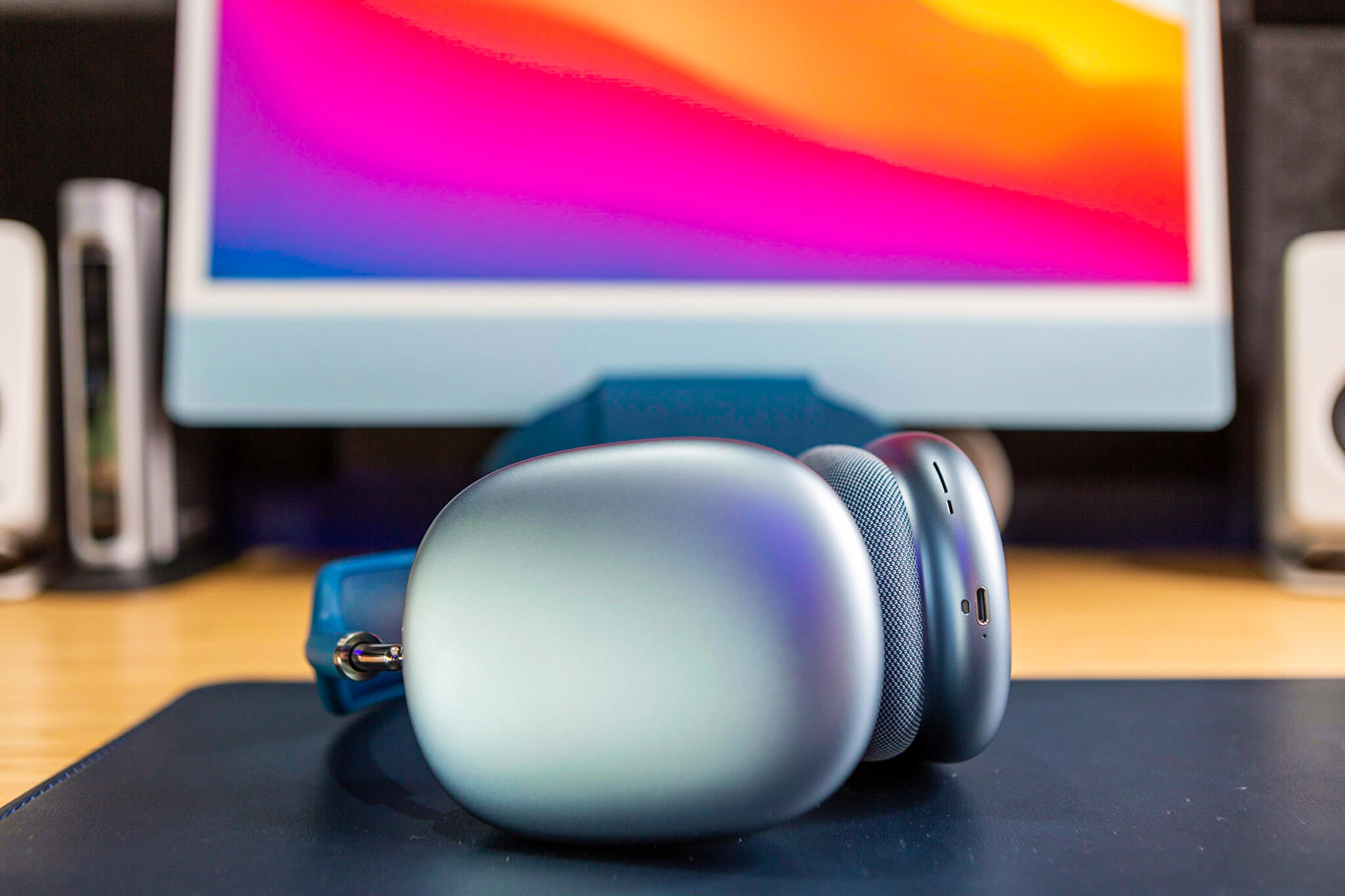 Before I get into the specifics, it’s worth revealing exactly how I use AirPods Max.

They’re the first pair of headphones I put on each day when I begin working at, ludicrously, 6am. It’s during that early part of the day when I typically write the words you’re reading now.

AirPods Max fulfil a very important role while I’m sat there, bleary-eyed, trying to figure out what to type next; the combination of their comfort and brilliant noise-cancelling abilities make them the perfect ‘focus’ headphones.

I’ll also use them occasionally while sitting at my desk if I decide against using my wired Sennheiser HD 560S (which are connected to a headphone amp and DAC).

I also occasionally use them for calls, for one very good reason, which I’ll get onto later.

But I’ve only taken my AirPods Max out of the house once when I used them while working in a coffee shop. And this is because I’m slightly embarrassed about owning them.

I’ve never seen another pair out in the wild, and I just don’t particularly like the idea of being the guy in the coffee shop with the expensive Apple stuff that includes those stupidly expensive headphones. Call me crazy. 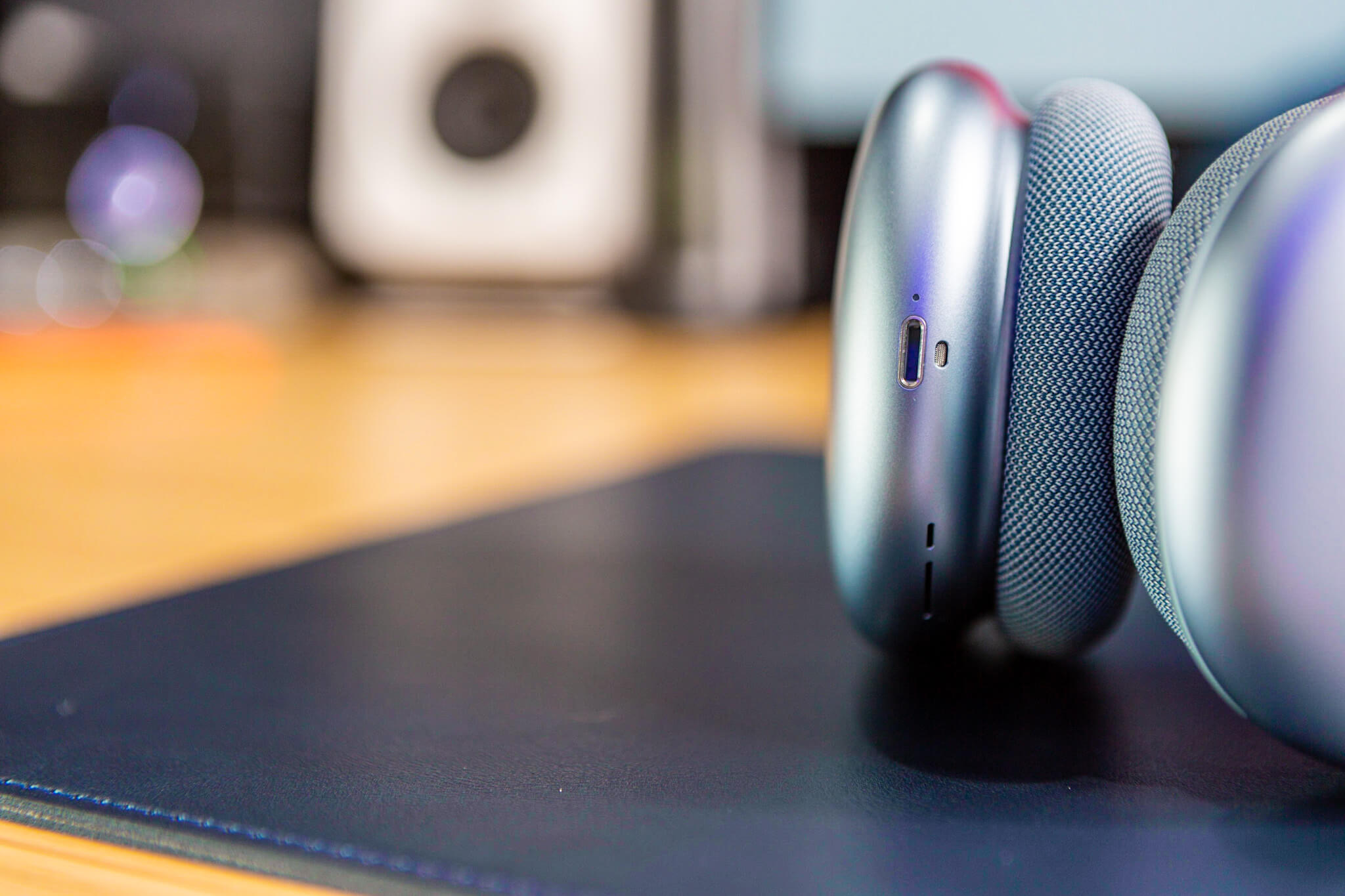 AirPods Max are rated at 20 hours of battery life, which feels about right; you’ll easily get that from active use, just like most over-the-ear noise-cancelling headphones these days. As I’ve said before, once you go over 20 hours of quoted battery life for headphones, everything is fine.

However, AirPods Max suffer from poor standby performance. I can say this because I also own a pair of Sony WH-1000XM4 headphones, which have epic standby time; they just don’t seem to lose a single percentage point when turned off.

That’s the problem with AirPods Max: you can’t turn them off. This was dismissed by many at launch as a non-issue, but I think it’s the opposite. And yes, I’m aware you can place them into that stupid case to initiate a low power mode, but in day-to-day use, it barely helps.

Regardless, I want to turn them off please, Tim.

The net result of being unable to do this is a pair of headphones that drain their battery noticeably quicker than pairs that you can turn off.

This is exacerbated by Apple’s inane, infuriating decision to use lightning charging on AirPods Max rather than USB-C. Charging them is always a pain because I have to hunt for a cable that is only used by one other device – my AirPods Pro (which perform far better with their standby time).

I’ve laboured the point with battery life, but it is such an important element of wireless headphones. Unfortunately, AirPods Max are the most inconvenient when it comes to charging and standby time performance. It’s a good job, therefore, that I only use them at home. 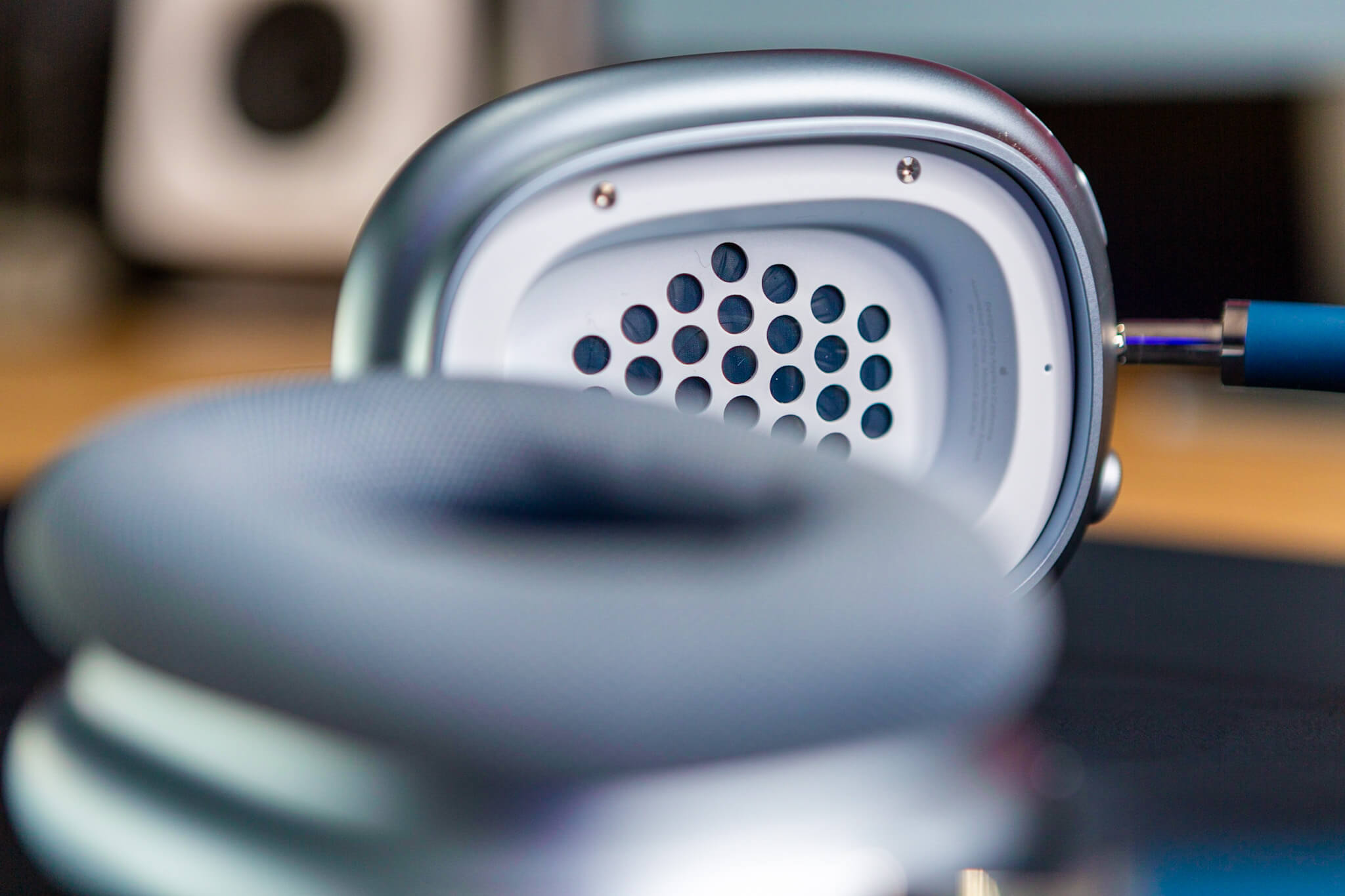 This is a non-issue.

It exists, sure. If you wear AirPods Max for a while and remove them from your head, you will indeed more than likely find small droplets of condensation on the speaker covering if you look behind the ear pad.

I’ve asked around about this and it appears the general consensus is that most headphones develop some form of moisture build-up while in use. The difference with AirPods Max is that you can see it – if you go looking for it.

Mine haven’t faltered in six months of constant use.

Don’t worry about the condensation if that’s preventing you from buying them. 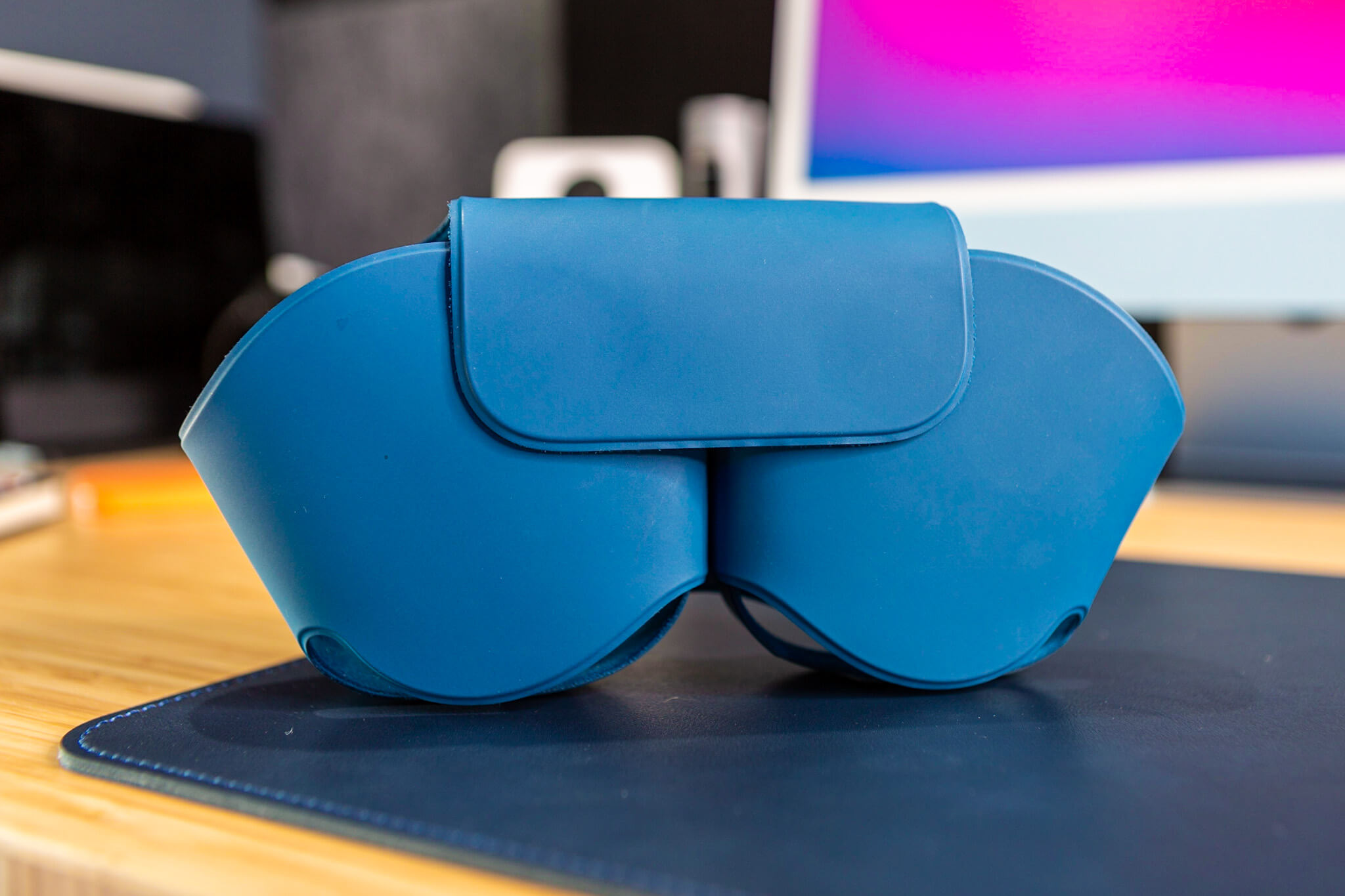 It always was stupid. And it’ll remain stupid, forever, until Apple redesigns it.

The AirPods Max case was an unfathomably bad idea by Apple and needs revising – badly – for the next version of these headphones. 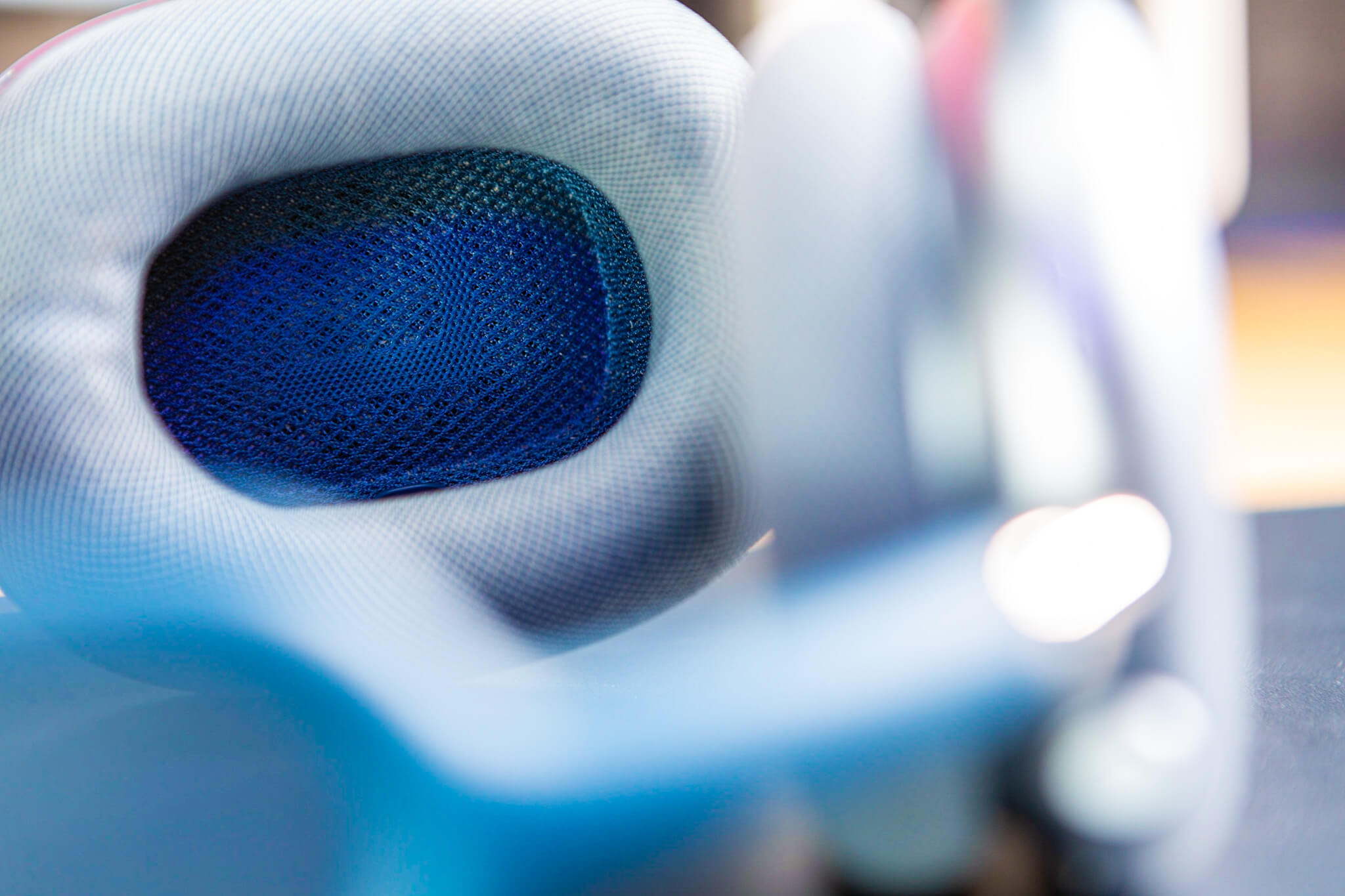 AirPods Max are easily the best sounding consumer headphones I’ve ever heard. But they should be because they cost £549.

They’re not aimed at audiophiles, either. The sound these things make is designed to impress regular consumers from the moment they put them on their heads, no matter what content they play.

The sound is pleasingly high-fidelity, rich and expensive-sounding. Audiophiles will chuckle away at this, but, as noted, they really aren’t the intended audience for AirPods Max.

Whatever Apple has done to the EQ profile on these cans is ingenious, because the sound (alongside the beautiful design and construction) is capable of making any buyer’s remorse evaporate.

I’d also argue that AirPods Max are the best headphones for experiencing Spatial Audio and Dolby Atmos (regardless of my feelings towards those mixing techniques for music).

The noise-cancelling is also top-notch. Again, it’s the best I’ve heard – but it should be.

It has always surprised me that people don’t talk much about the calling capabilities of AirPods Max.

They’re easily the best headphones I have for taking calls, and this is for one reason: transparency mode.

For the uninitiated, transparency mode is instigated by pressing a button on the headphones and gently filters in the ambient sound around you, including your voice. It does so via built-in microphones and, consequently, you receive a synthesised, high-fidelity reproduction of your surroundings.

When using AirPods Max for calls, you can hear yourself perfectly – and be heard perfectly by anyone else on the call. It’s addictive, pleasing and brilliantly convenient.

Alas, due to my phobia of revealing AirPods Max ownership, I reserve calls on these cans for audio-only exchanges. I don’t want anyone on a Teams call to see me wearing them.

Would I buy AirPods Max again?

Despite the many good things I’ve experienced over the last six months with AirPods Max, they’re just too expensive; the competition is too good.

I just couldn’t justify the expense if they were a personal purchase. I don’t need a pair of AirPods Max, which means they’d have to fight incredibly hard to suck up such a large portion of disposable income.

What I’d love to see is a lower-cost version, which has been rumoured right from the start. If Apple can find a way to introduce a slightly feature deficient iteration of AirPods Max that slots neatly alongside the Sony XM4s in the price and capability stakes, then they’d have my attention.

Are AirPods Max a flop? Well, I think there’s a reason I’ve never seen another pair out in the wild, don’t you?