Whether it’s handy peripherals for your iPad mini, the best way to keep your phone scratch-free, or the headphone stand you didn’t know you needed, there’s nothing like a tech accessories review.

I love making them, too. As you might guess, tech reviewers like myself are bombarded (in the nicest possible way) with loads of this stuff every month. Some of it, admittedly, is terrible. But more often than not, you find an absolute gem of an accessory which quickly works its way into your daily carry.

That got me thinking – what are the most popular tech accessories I’ve featured on Mark Ellis Reviews? So, I decided to dig into my analytics and find out!

These are the top ten tech accessories I’ve featured, based on the number of clicks generated by my reviews.

Back in April, I reviewed a bunch of iPad stands from various manufacturers. The options were varied in both features and price, but one clearly garnered more attention than the others. 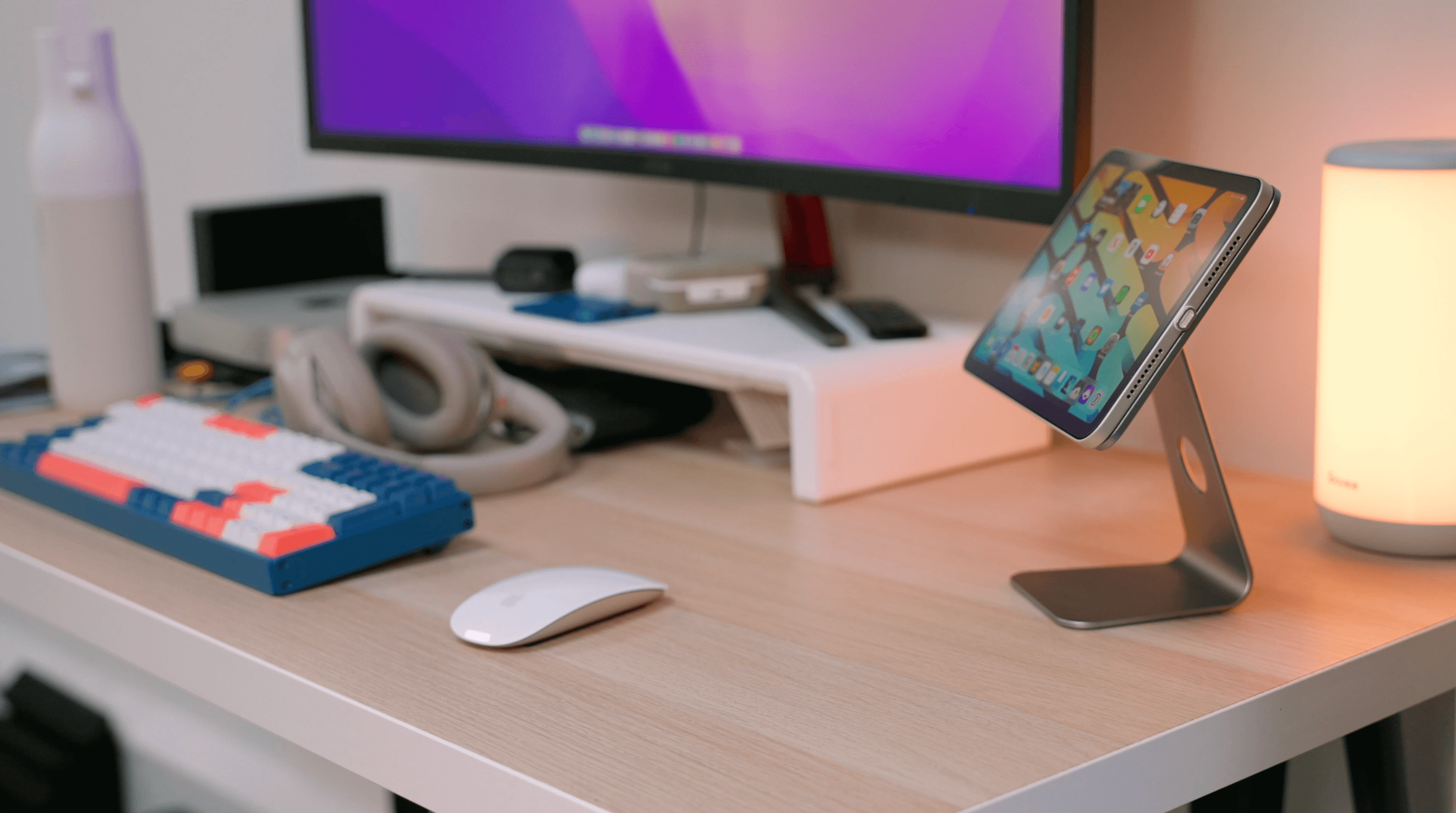 Say “hello” to the Benks Infinity iPad stand. It’s one of the cheaper stands from that comparison video, and while it misses built-in charging, it does benefit from Benks’ usual great build quality and no-nonsense functionality.

The Infinity stand is available for a wide range of iPads and comes highly recommended by yours truly if you want a neat, convenient and attractive way to make your iPad more functional on your desk.

By the way – the version I was sent and which is pictured above looks a bit different to the one on the link below (the final version is actually even better!).

I’ve been using the Paperlike screen protector on my iPad mini for quite a while now, and it has transformed that little tablet. 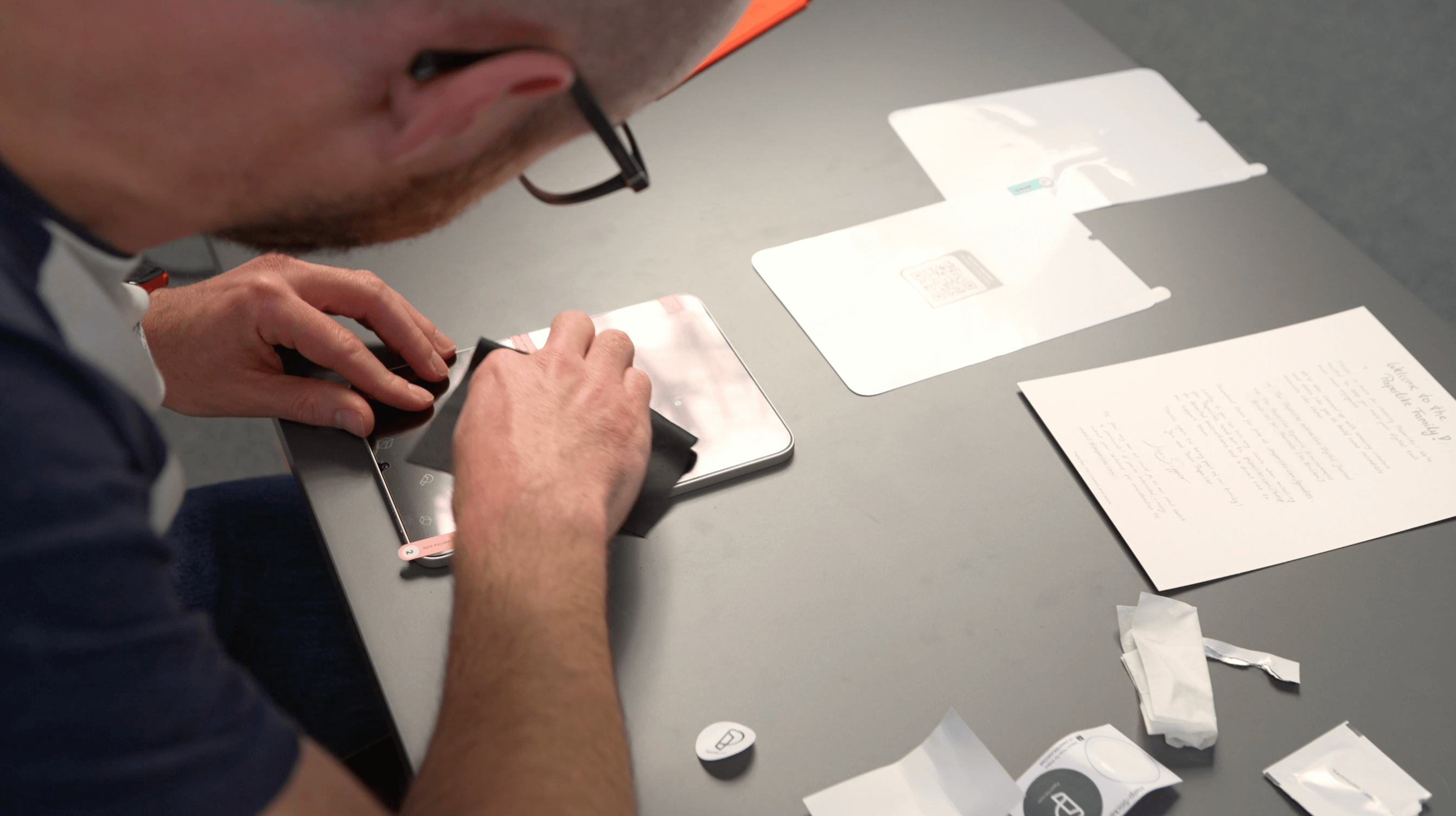 I take more digital notes than handwritten stuff these days, but whenever the latter comes calling, I always reach for the iPad mini. With the Paperlike applied, it feels like… yep – paper.

Trying Paperlike for the first time really is one of those “wow” moments which we so rarely get in tech these days. I even like the matte finish it adds to the iPad display (and, no, it doesn’t do anything horrific to the colour reproduction).

Paperlike is an absolute essential for me, and I urge you to try one if you’re a regular iPad scribbler.

This isn’t exactly the most exciting accessory you’ll find today, but I’m pretty confident it’s one you’ll grow to love as much as I do. 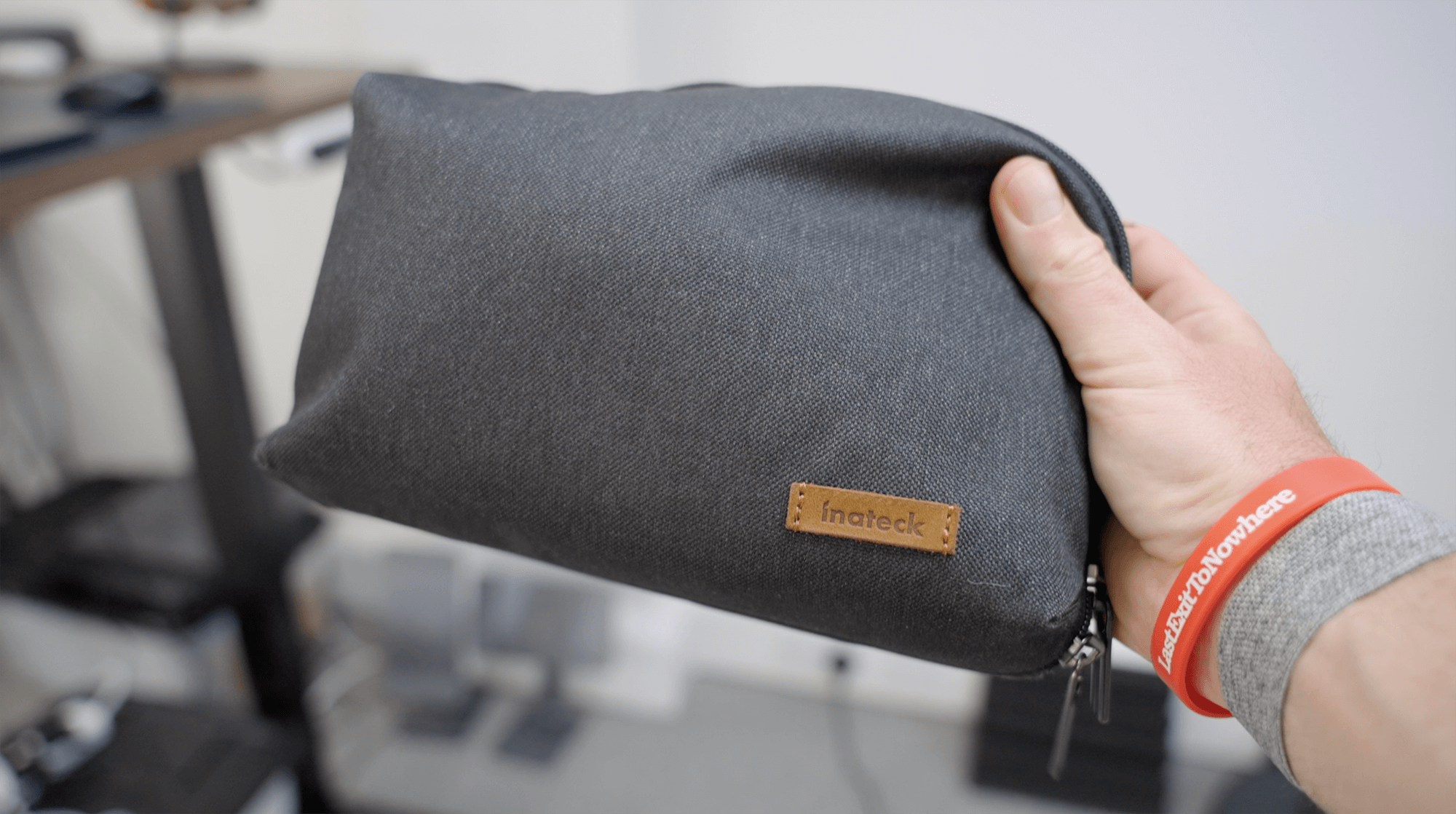 Before the Inateck tech organiser, I had a rucksack full of bits and bobs. Cables, batteries, my pen knife, SD cards, SIM tray tools, external SSDs, and so much more were just thrown haphazardly into the biggest available pocket.

It was clutter-tastic and a constant source of frustration. Now, all of that ever-useful stuff remains in this Tardis-like little organiser. It is brilliant.

Oh, this is an old favourite.

I first featured the Benks AirPods Max stand in an accessory round-up video for Apple’s ludicrously expensive and needlessly frustrating headphones back in May 2021. 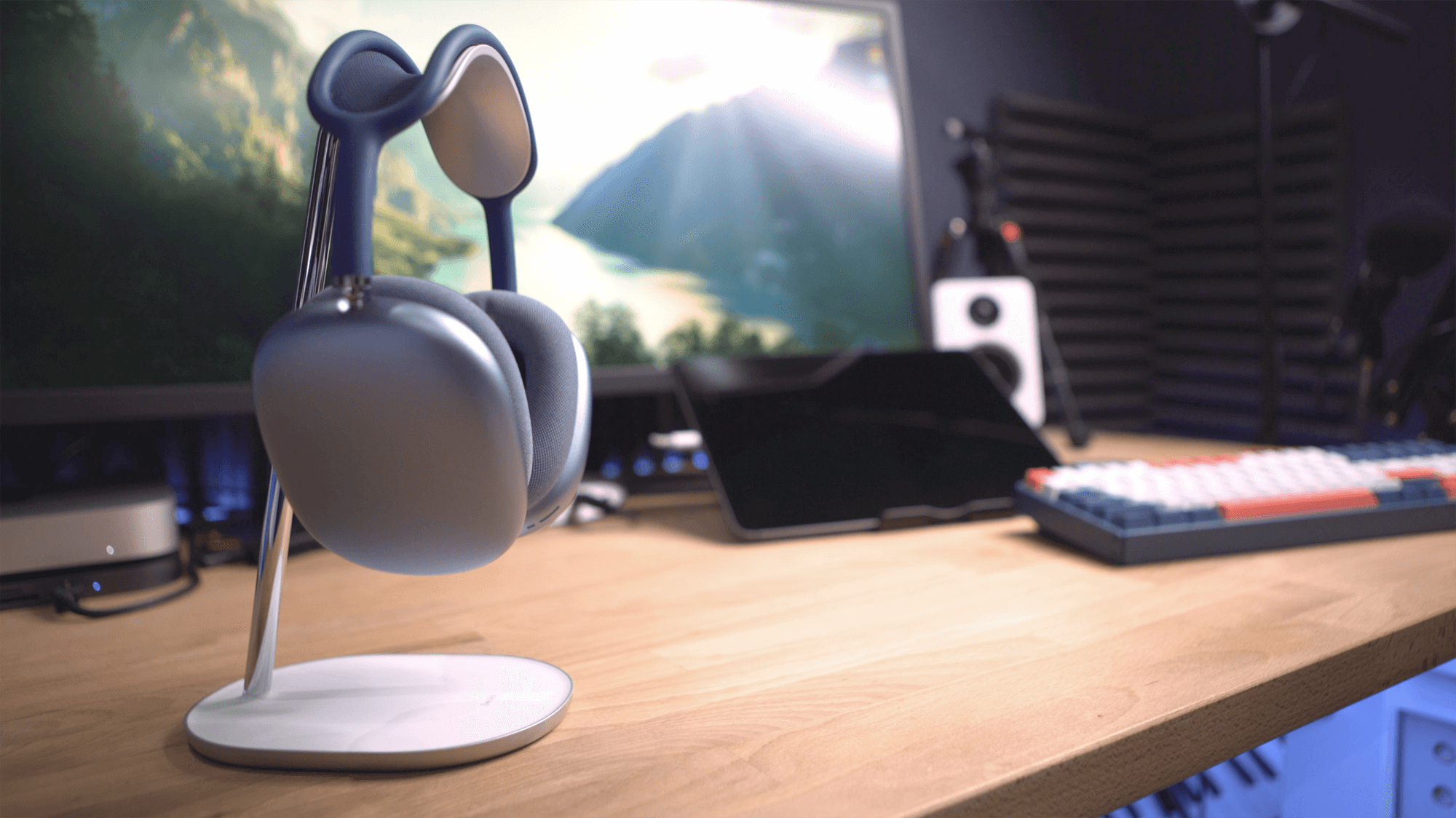 Although it only spent a few minutes on the screen, it was an instant hit with my audience, going on to sell countless units every single week (and it shows no signs of slowing down over a year later).

I think the reason is simple – it looks like Apple made it – and I can confirm that the build quality is just as good. Even better, the new version has a built-in charging station for your phone on the base.

A must-have for any headphone aficionado.

Sony launched their brand-new WH-1000XM5 noise-cancelling headphones this year. Unfortunately, they’ve been met with a rather muted reception, thanks to a non-folding design, less than spectacular sonic performance, and a case that is bigger than your car. 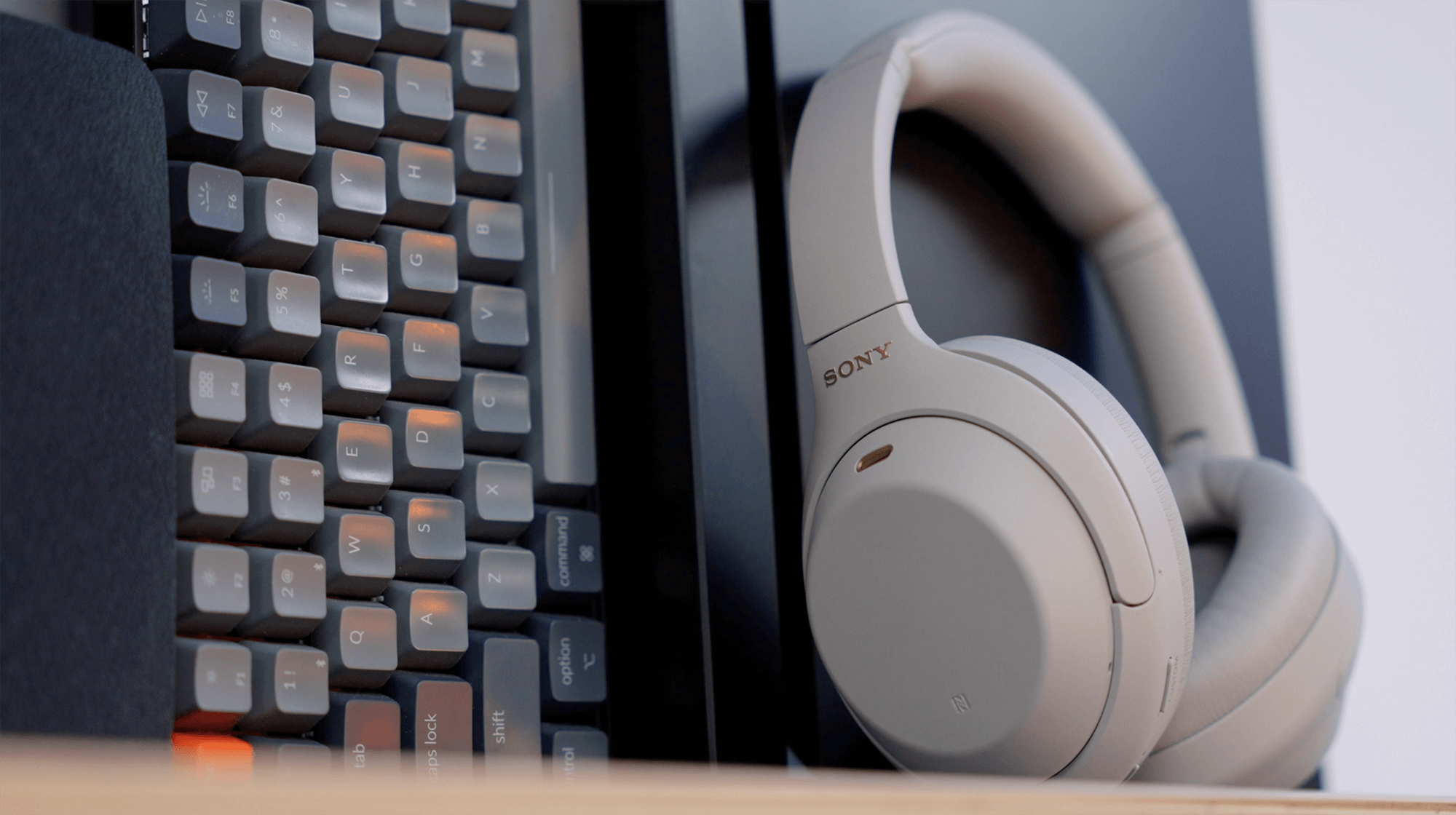 The XM5s aren’t a bad pair of headphones at all, and you’d be delighted with a pair if you bought them, but they have one unavoidable and self-inflicted Achilles heel – their predecessor.

For as long as the Sony WH-1000XM4 exist and continue to drop in price (at the time of writing they’re just £248 on Amazon – an absolute bargain) Sony is going to have a hard time convincing anyone that the new version is worth the extra spend. Because it isn’t.

Ok, not really an accessory, but Brain.fm has been a stand-out star on Mark Ellis Reviews this year. 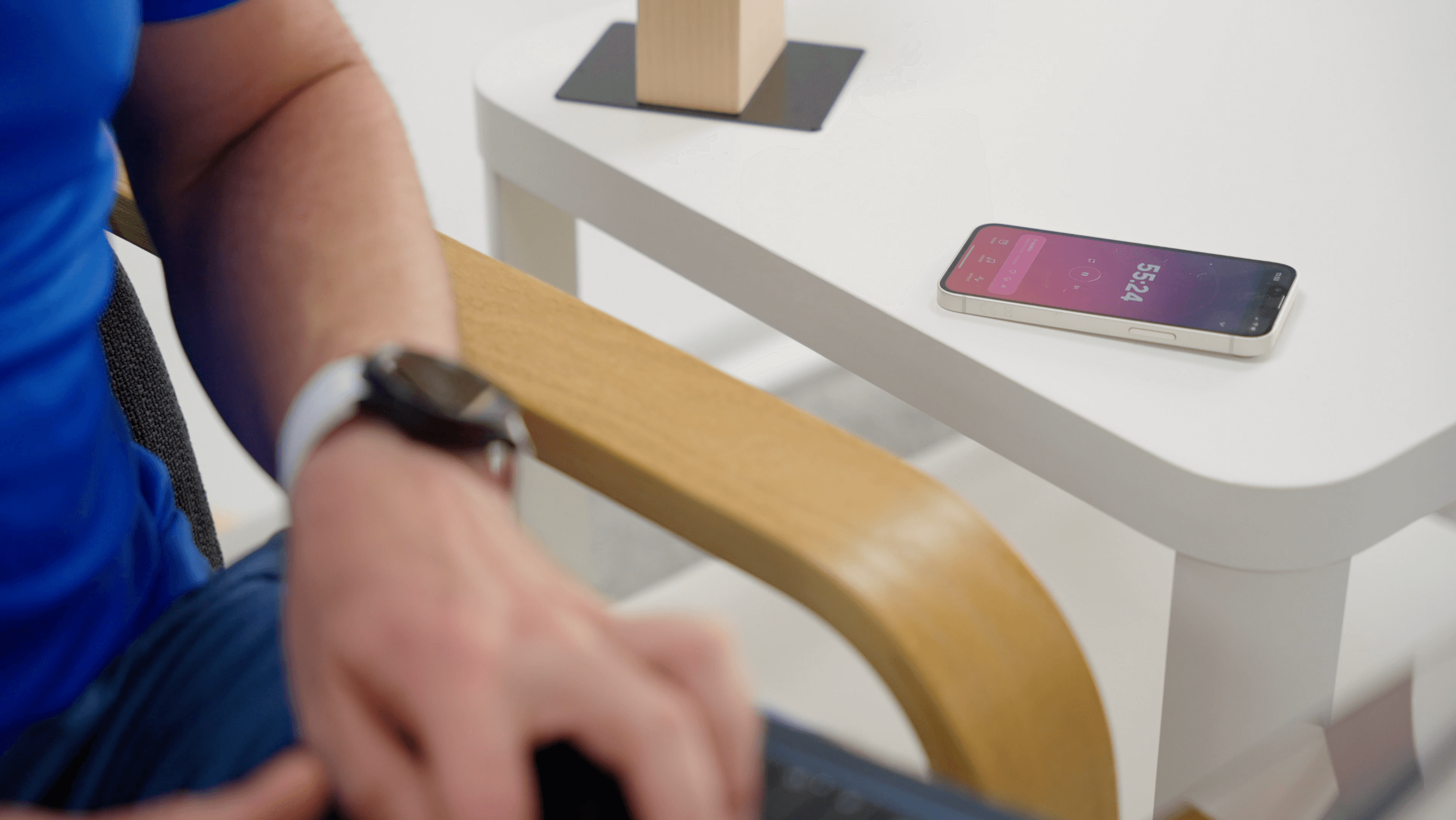 Not only has the productivity music service genuinely helped me get more done and avoid the curse of writer’s block, it appears to have won a legion of fans within my audience, too.

It works on the premise of piping music into your ears that has been specifically designed to help you “shift from fogginess to focus”. It sounds like hyperbole and utter tosh, but it isn’t – and these guys have all the clever science to prove it.

Just buy one and thank me later. 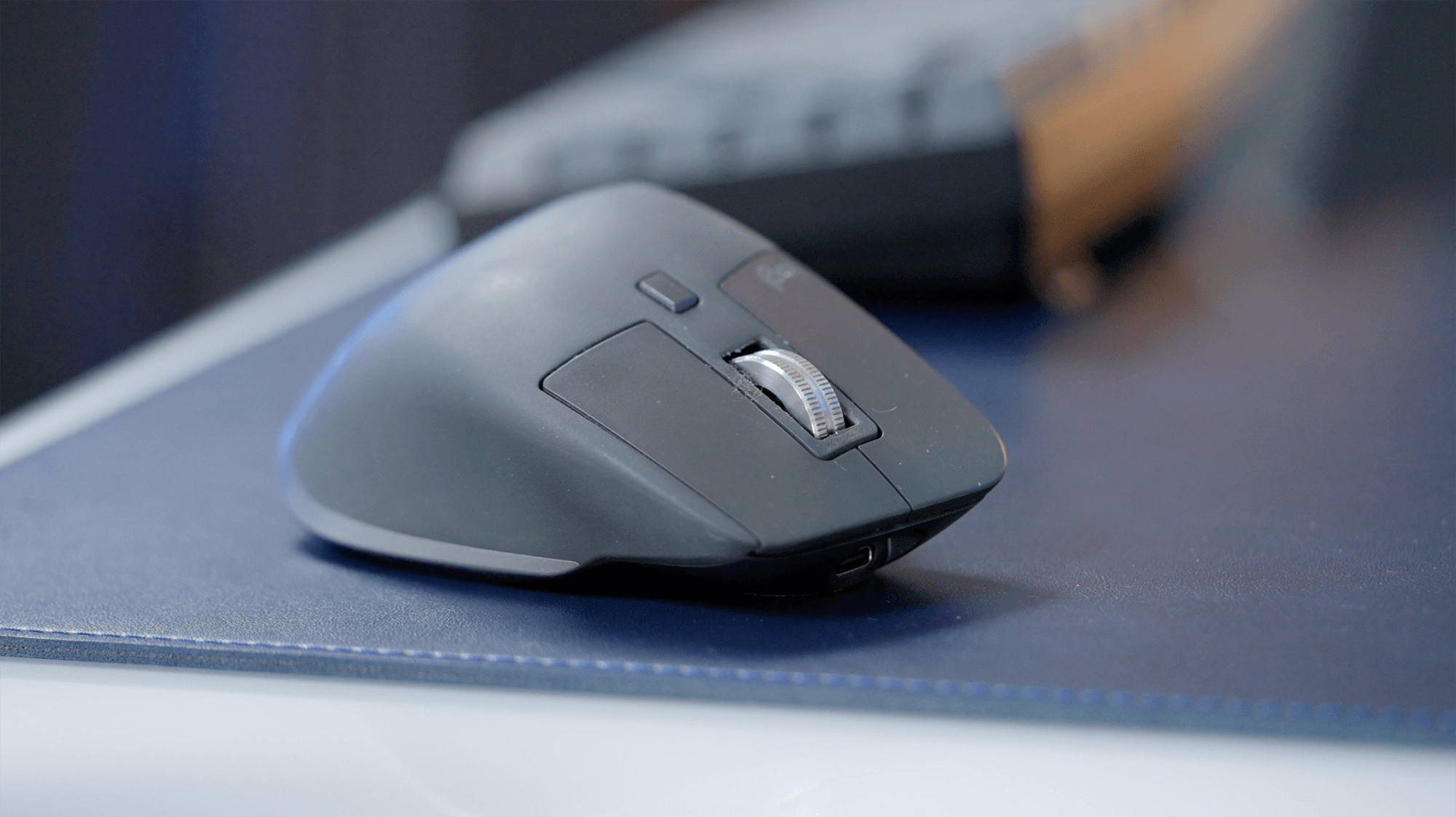 If you’re anything like me, you won’t take chances with a laptop that costs several thousands of hard-earned pounds. That’s why I turned immediately to Inateck’s line of cases when my 16-inch MacBook Pro arrived last year. 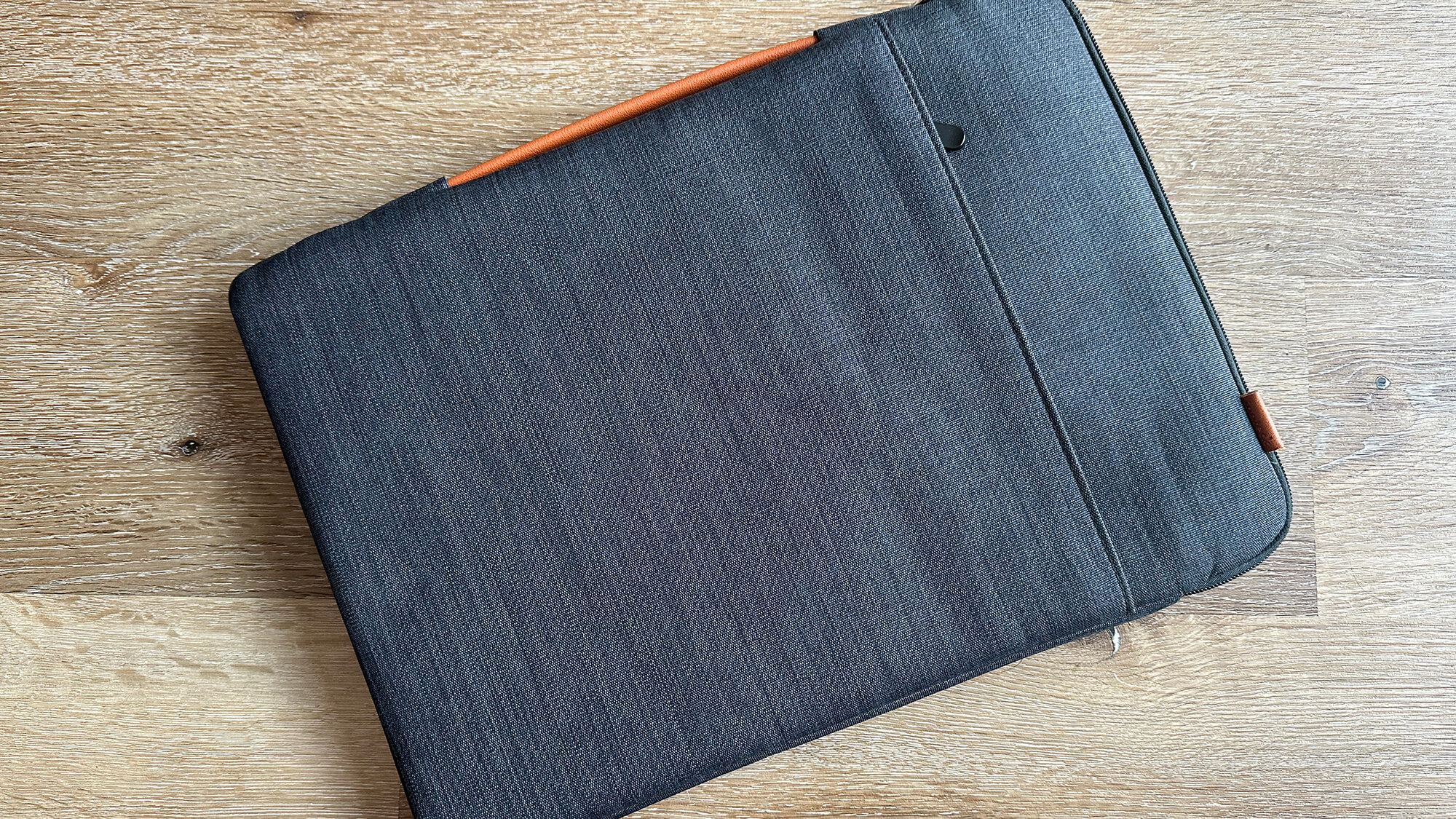 I opted for this soft case with its front pocket (handy for SSDs) and super-soft internal lining. It also has one of the best zip protector linings I’ve seen on a laptop sleeve.

If I was worried about my 16-inch MacBook Pro, it’s nothing like the immediate fear generated by the M2 MacBook Air. That laptop is so thin, so light, and so seemingly primed for bendgate that I immediately ordered a hard case upon its arrival. 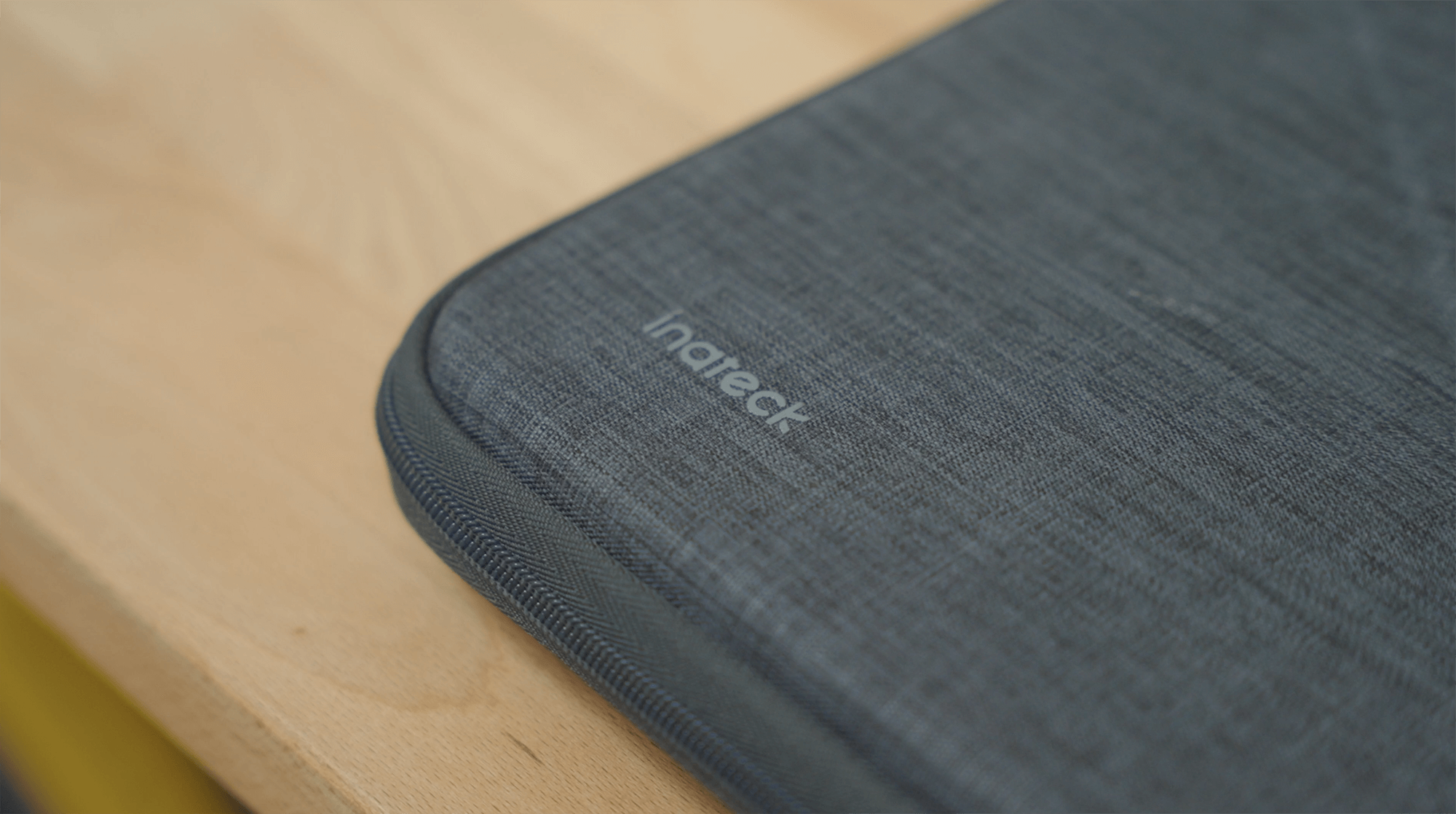 Again, I turned to Inateck for this and opted for their hard shell case for my new M2 MacBook Air.

Just like the MacBook Pro case, it has a lovely, soft interior, and great zip protection. But it’s much harder than the big boy MacBook Pro case and can take a fair bit of stick in your backpack before any force makes its way to the laptop itself.

I’ve featured quite a lot of mechanical keyboards on my YouTube channel, but the one people seem most impressed by is the IQUNIX F96. 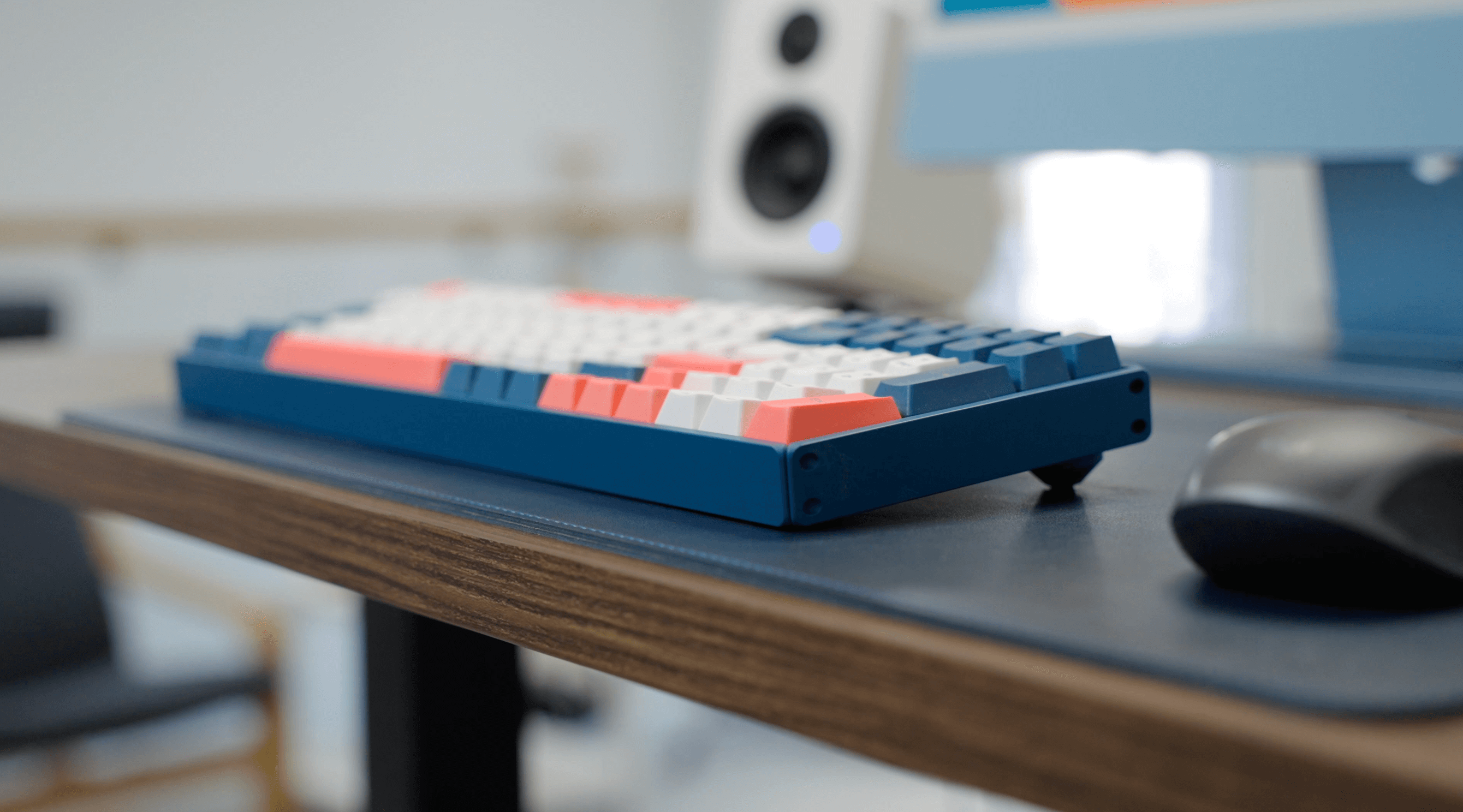 This brilliant keyboard has since been replaced by the equally brilliant F97 and remains my favourite for just above every task.

It’s built like a tank, beautifully tactile, and feels far more premium than a lot of the pre-built mechanical keyboards I’ve used. It’s the pinnacle, as far as I’m concerned if you want to get into this game without the faff of building one yourself.

The list above fascinates me; it’s such a varied array of accessories, software, and peripherals.

Gaining insight into what my viewers find most interesting in the world of accessories is gold dust. It means I can sniff out more of this stuff and find the best examples to show you.

What’s your favourite accessory above? Have you bought any of these accessories following my recommendations? Get involved in the comments!