Sony XM4 vs XM5 Noise-Cancelling Headphones: Which Is Better?

Sony XM4 vs XM5 Noise-Cancelling Headphones: Which Is Better?

Ever since Sony launched its long-awaited WH-1000XM5 noise-cancelling headphones, I’ve been continually asked one question.

Today, I’m going to definitely answer that question in a full comparison of these two headphones.

It’s important to keep in mind that the Sony WH-1000XM4s are my favourite noise-cancelling headphones ever. They sound brilliant out of the box, live up to their industry-leading noise-cancellation claim, and feature the best case on the market (which really matters). But there’s a new kid in town, and it clearly has a lot to live up to.

The Sony XM5s were launched last month and there has been quite a mixed reaction from reviewers and people within the comments section of my original review.

You see, there’s one big issue with Sony’s newest over-ears, which is the fact the XM4s still exist; for as long as you can buy the ‘old’ version, the shiny new XM5s are hard to justify.

Let’s get into the headphone comparison you’ve been waiting for!

So, if the price is a big consideration for you and you’re already sweating over the price of the XM5s, the saving of over £100/$100 is hard to ignore.

With that in mind, I think you’ll know pretty quickly by the end of this review as to whether or not the additional spend is worth it.

The XM5s feature a brand-new design. I’m a big fan – it looks more modern and less utilitarian than the outgoing version, yet these are still unmistakably Sony XM headphones. 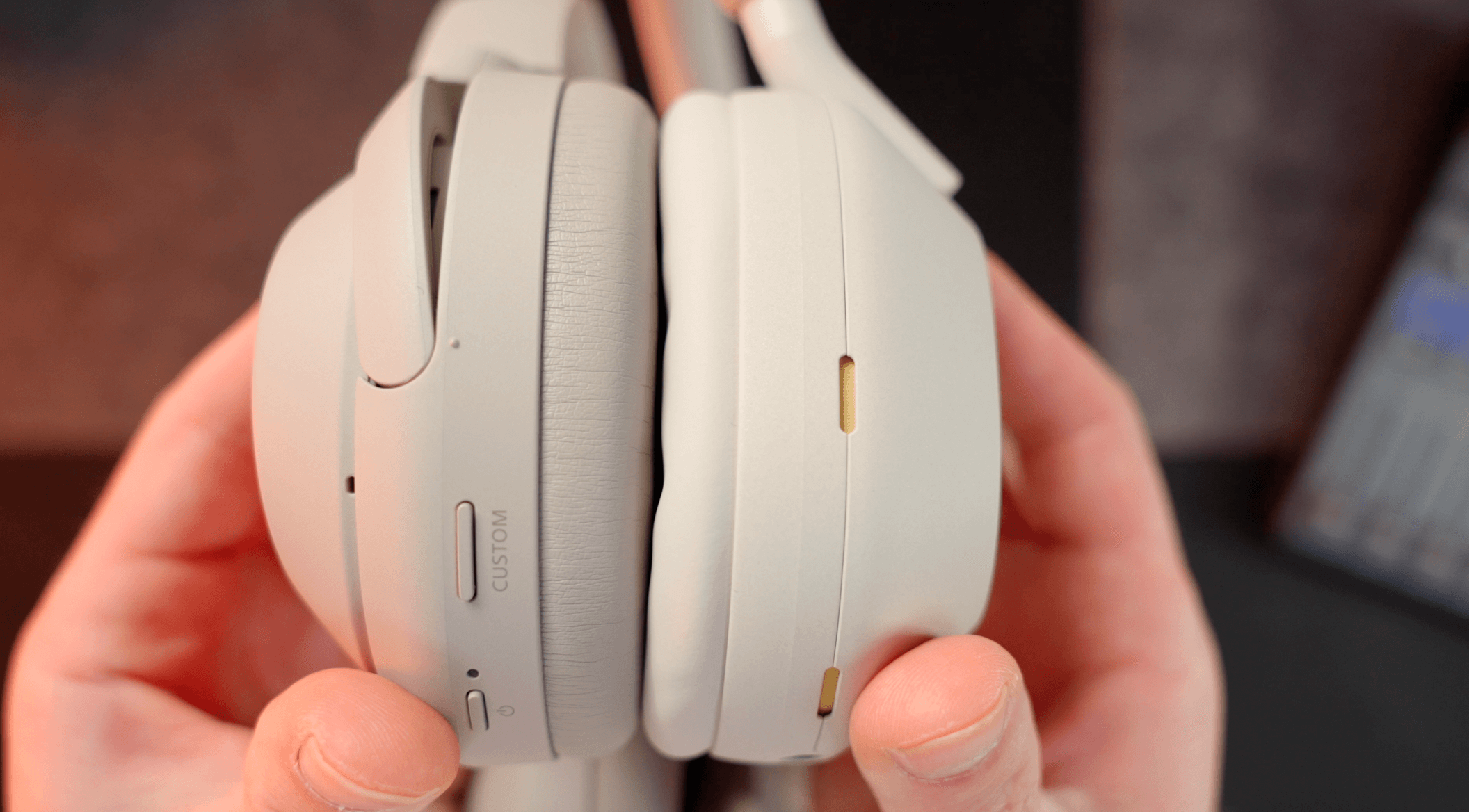 They’re deceptive, too. I thought the WH-1000XM5s were far bigger than their older brother, but they’re almost identically sized in every way. The ear cups are slightly bigger, but it’s barely noticeable.

There are, however, three big differences between these headphones. The first is the weight. The XM4s aren’t the heaviest over-ear headphones on the market, but the XM5s are comically light. There’s literally nothing to them.

The second is the XM5’s so-called ‘noiseless’ design. They don’t creak, squeak or murmur when you twist them around or place them on your head – even the extending arms are as smooth as butter. By comparison, the XM4s feature clicky extending arms, and I’ve heard plenty of people complain about creaks while wearing them. I’ve not experienced this personally, but if it’s a concern for you, the XM5s win, big time, in that regard.

Thirdly, and perhaps most controversially, the XM5s don’t fold. This doesn’t bother me at all, but it has had a big (if you’ll excuse the pun) impact on the case, which I’ll get onto later.

If you like folding headphones, then the XM4s are for you. But I still don’t think this is worth getting too angry about.

When it comes to comfort, the XM4s are a clear winner, I’m afraid, Sony. They have more padding on both the ear cups and the headband and I can wear them for longer without fatigue. The XM5s aren’t uncomfortable by any stretch, but Sony does appear to have reduced the amount of padding all around, which is rather disappointing. 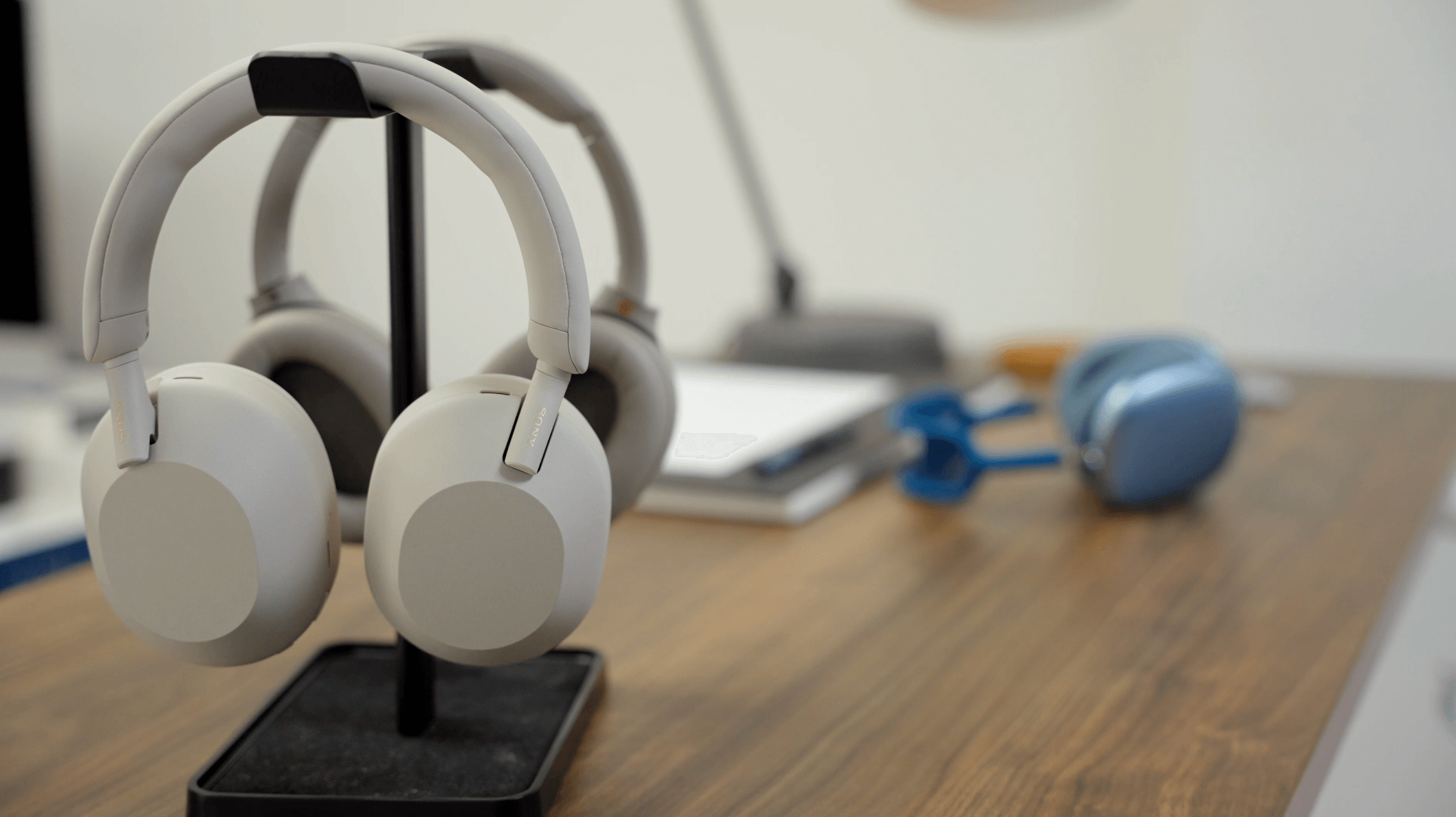 The good news is that the XM5s retain the brilliant standby time I’ve come to rely on with the XM4s. They barely drain at all when switched off (because you can actually turn them off – are you listening, Apple?).

When it comes to controls, they’re almost identical, too. The only difference is the fact Sony has renamed the ‘Custom’ button on the XM4s to ‘NC/Ambient’ on the XM5s, which makes far more sense.

Oh, and the XM5s still have the annoying touch-sensitive controls, which remain totally superfluous, as far as I’m concerned.

The case is one of the most important elements of any pair of headphones, and the good news is that Sony has been ahead of the pack for quite some time in this regard.

However, if the size of the headphone case is a key consideration for you, we’ve unfortunately reached one of the most controversial elements of the Sony WH-1000XM5s. 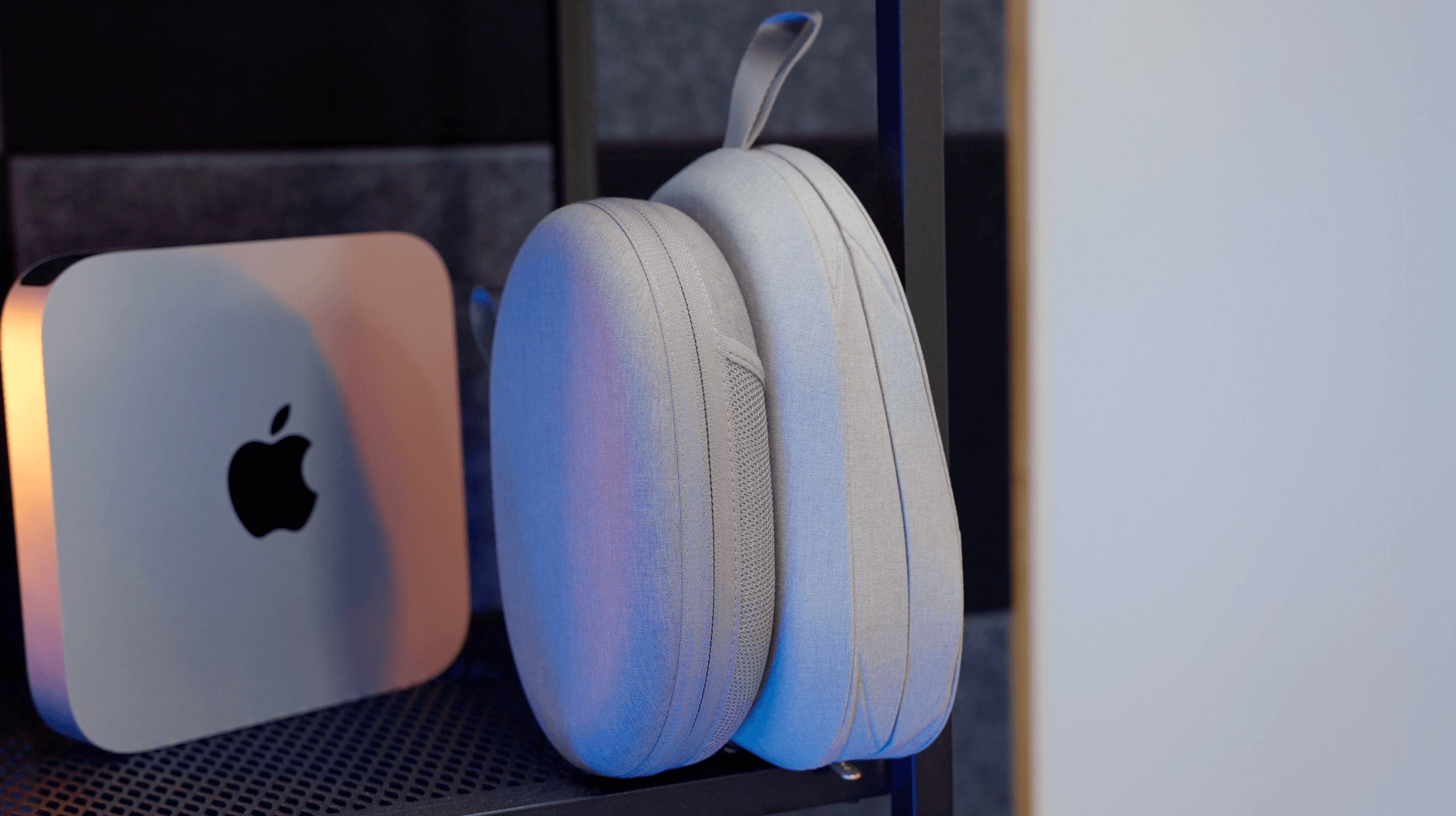 As noted earlier, these headphones don’t fold, and that has resulted in a case which is absolutely huge.

The XM5 case is wider, taller, and thicker than the previous generation. Sony has attempted to counteract this by including a unique folding mechanism within the case itself, courtesy of some readymade creases around the circumference.

The idea – I think – is that the case compresses itself when empty and when placed within a bag full of belongings. In reality, this doesn’t work, at all. The case requires significant force to be compressed, and will only stay in its compressed state if the force is maintained. I’m not sure what you need to be carrying in your bag to make that possible.

I’m not bothered by the size of the XM5 case, but if you are, the XM4s are the headphones to go for.

The Sony WH-1000XM4s were already the industry leaders when it came to noise-cancelling, which means the XM5s have a lot to live up. They needed to be at least as good, if not better. 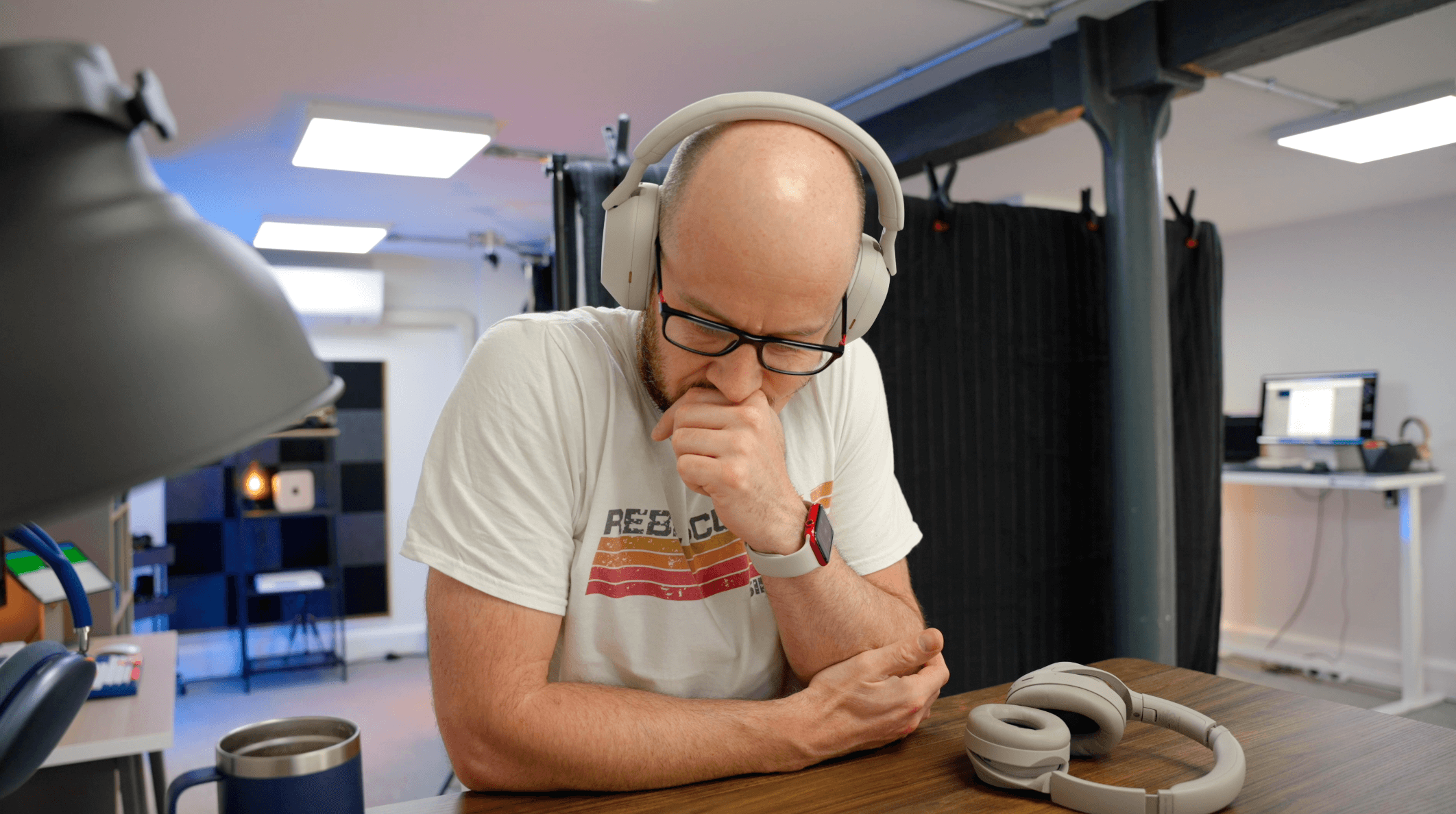 I’ve got some good news. Somehow, Sony has managed to make the WH-1000XM5s even better at noise-cancelling than the previous generation. It is noticeably better.

During my A/B tests, it was clear that the XM4s dampen the outside world brilliantly, but the sound that does leak through retains a lot of its top-end frequencies. I’d never noticed this until now.

This isn’t the case with the XM5s, which appear to dampen everything across the entire frequency range. The net result is the world around you getting an awful lot quieter once you put Sony’s latest headphones on your head.

Ambient mode (which allows the outside world to filter through when you want to be aware of your surroundings) is ok on both sets of headphones, but there has been a slight improvement with the XM5s. It still isn’t anywhere near as good as the brilliant transparency mode on AirPods Max, but that’s to be expected.

If there’s another area in which the Sony XM5s had a lot of expectations riding on their heads, it’s sound quality. The XM4s are widely regarded as one of the best-sounding pairs of over-ear consumer headphones on the market.

I tested both sets with their default out-of-the-box EQ profiles. I do this because I want to hear what Sony thinks we should hear before we faff about with the EQ settings ourselves. 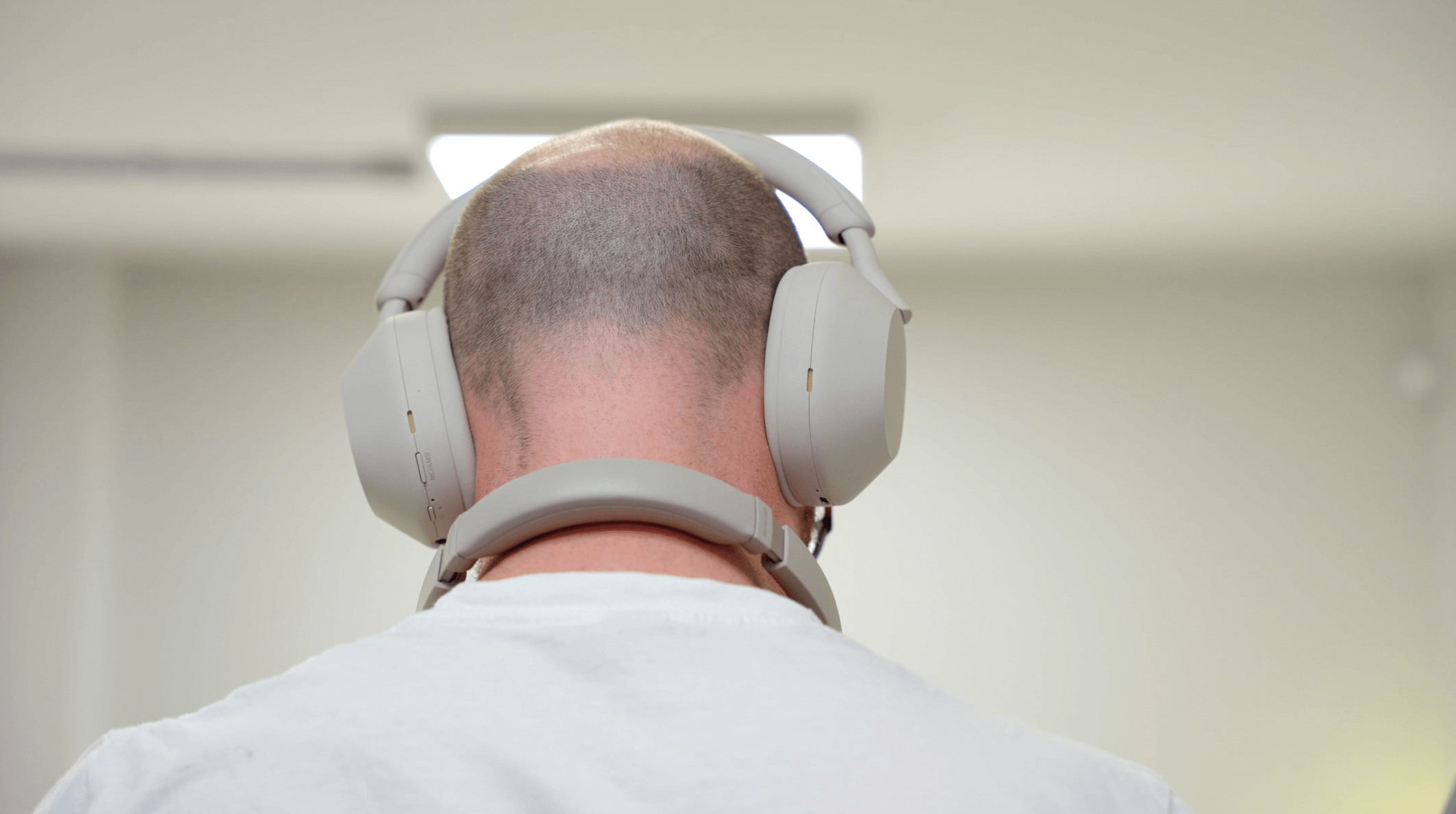 During Massive Attack’s Unfinished Sympathy, it was clear how much more pronounced the mid-range frequencies are on the XM5s. I’ve always liked the XM4s for their slightly scooped mid-range, and the XM5s consequently sound a little more ‘boxy’ as a result. Both, however, cope brilliantly with the huge sub kick drum that characterises the track; it cuts through nicely, regardless of what else is going on.

Onto Peter Gabriel’s Sledgehammer, and this song immediately felt a lot wider on the XM4s. There’s also more top-end present on Sony’s older headphones compared to the XM5s. Both cope well with this dynamic, brilliantly-produced track, but it’s definitely a more exciting reproduction on the XM4s. Again, I think it’s that pronounced mid-range on the WH-1000XM5s that I personally find less pleasing.

Breathe Again by Pop Evil is a headphone killer. Heavily compressed, vastly dynamic, and with a boatload of competing sonic elements, it needs careful handling if it isn’t to sound like an absolute mess. For me, it sounds better on the XM4s; it just feels fuller, more alive, and, again, loses some of its excitement on the XM5s.

Lastly, I turned to Adele’s Easy On Me for the simplicity of its vocal and piano performance. The XM5s fared a little better here, and it’s an occasion where the additional presence afforded by the mid-range makes more sense. This track definitely felt more natural on the XM5s, thanks to the flatter sound profile, which will probably please some listeners.

Overall, I still prefer the sound produced by the XM4s, but this is such a personal thing, and it’s important to remember that both pairs of headphones respond very well to EQ treatment if you want to find your ideal sound.

One of the biggest failings of the XM4s is the call quality. As I’ve said before, I don’t use over-ear noise-cancelling headphones like this for making calls, but it’s impossible to miss the sheer number of comments I’ve received about the dreadful call quality of the XM4s. 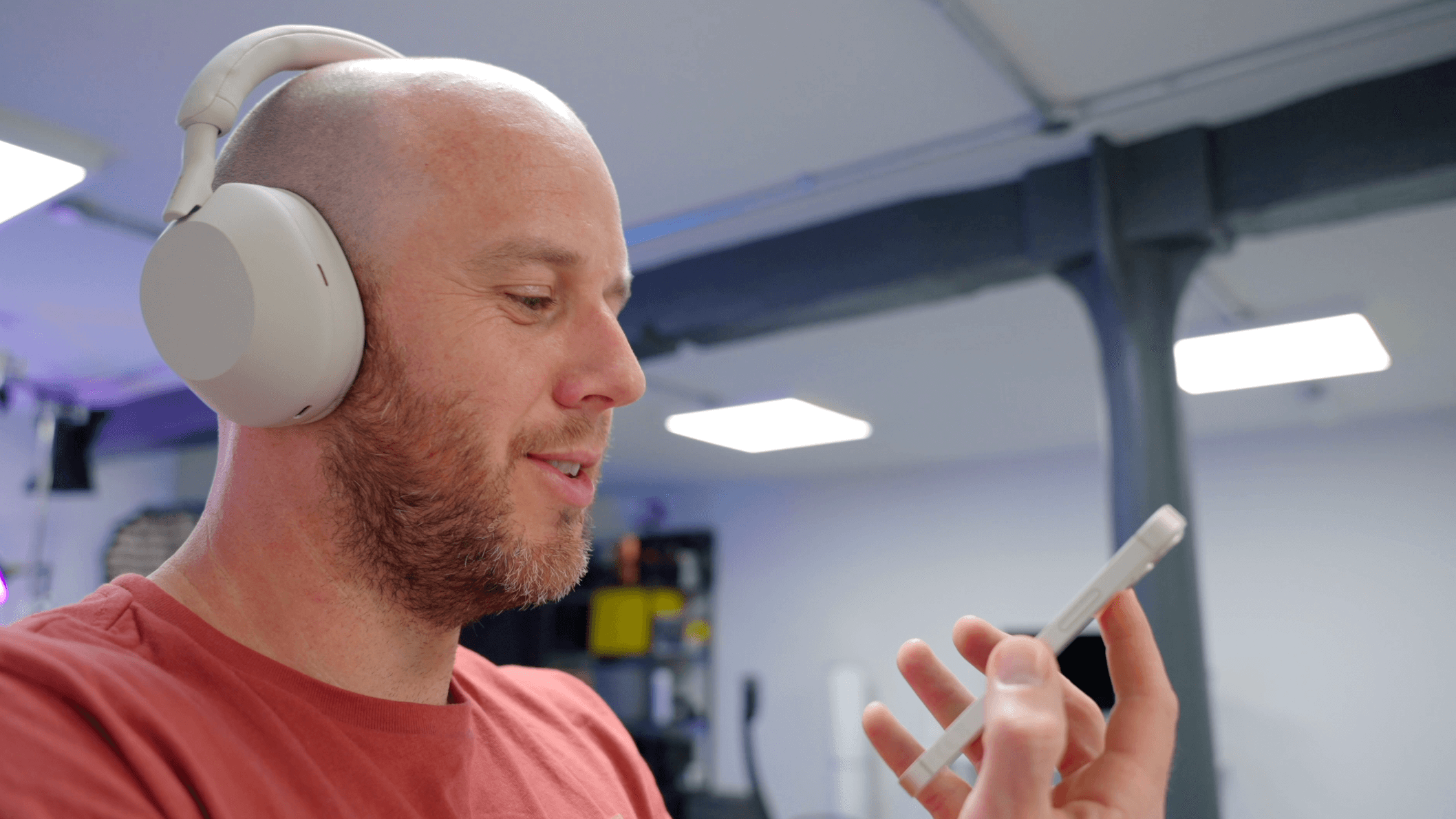 Well, I’ve got some good news – the XM5s definitely sound better. My testing isn’t the most thorough you’ll find, but I did discover that the sound quality on both sides of the call was definitely better on the XM5s.

I just wish that Ambient mode was more AirPods Max-like so you could hear yourself better!

When it comes to additional features, they’re so closely matched between the WH-1000XM5 and WH-1000XM4 that it’s barely worth talking about.

Both have auto pause and resume when you remove them from your head and place them back on. Both have smart assistance integration with the likes of Alexa, and both have the immensely annoying and pointless speaking recognition thing which automatically pauses the music when you start talking. 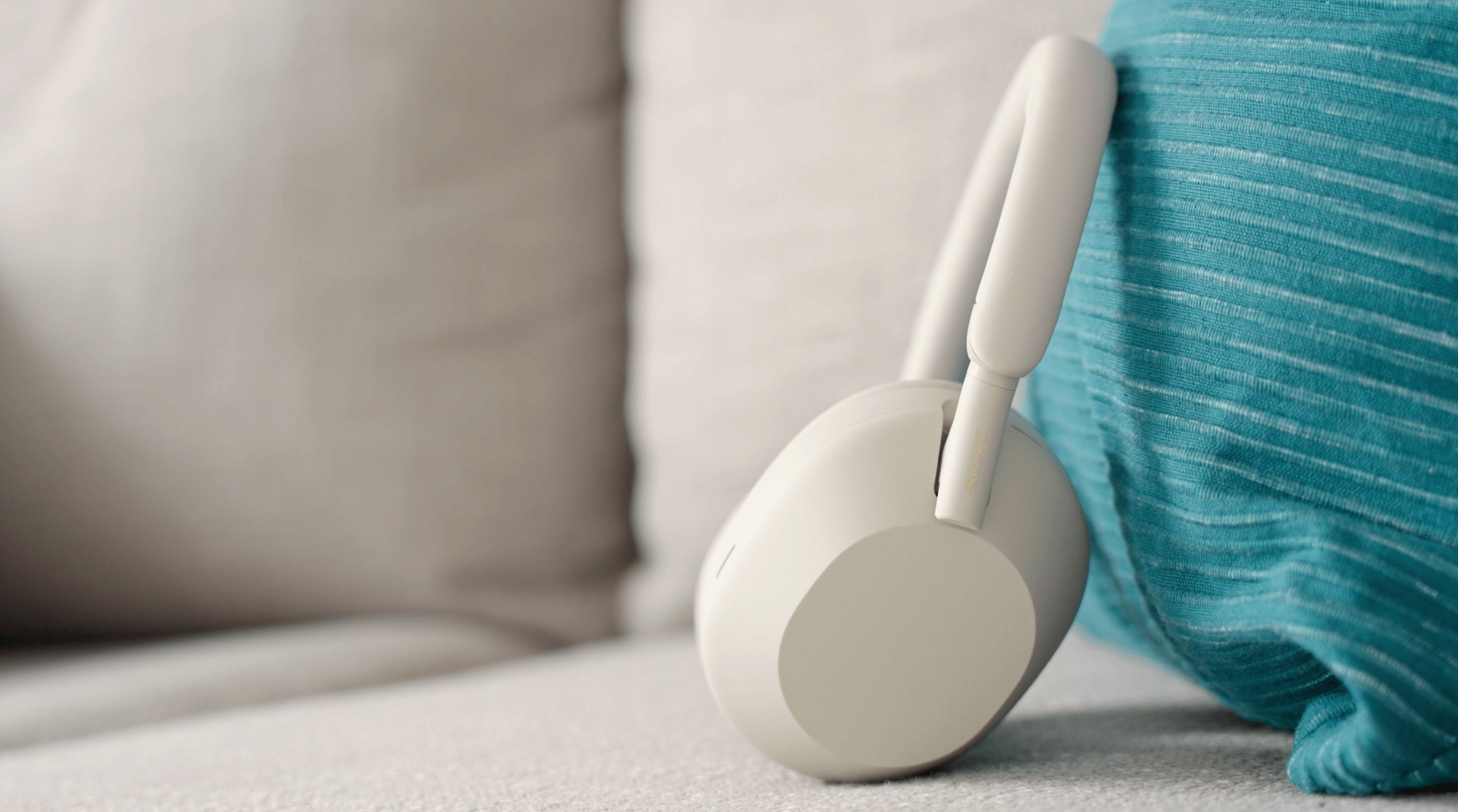 You can also connect both the XM5s and XM4s to two separate Bluetooth devices simultaneously (which works pretty well) and they’re equally compatible with Sony’s LDAC audio codec for high-resolution audio streaming on Android devices.

There’s literally nothing separating these two beyond the normal, useful headphone stuff, but I don’t really know what else can be done with a pair of over-ear noise-cancelling headphones to set them apart, to be honest.

The Sony WH-1000XM5s are a brilliant pair of headphones. In isolation, they sound great, have the best noise-cancelling on the market, are well built, comfortable, and get by perfectly well during calls.

But pitch them against their own competition in the WH-1000XM4 headphones, and things start to unravel. 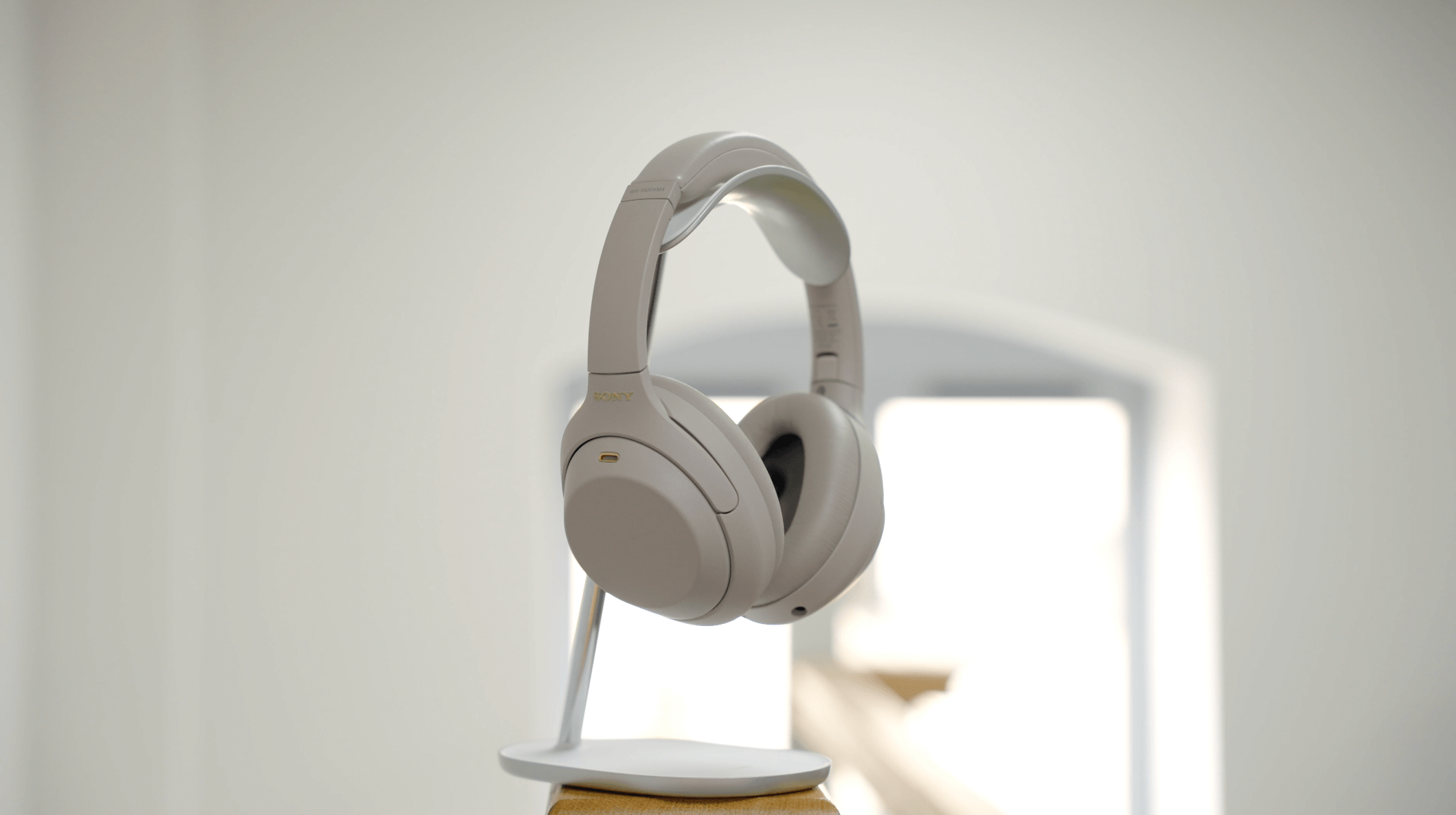 I’m afraid, given that you can still pick up the XM4s for over £100/$100 less than the newest version, the old-timers remain a better buy for many consumers. The better noise-cancelling and updated design of the newest iteration don’t really justify the additional outlay.

That is, unless you just want the latest and greatest, which is of course completely fine!

Put it this way – if you opt for either of these headphones, you won’t be disappointed. It all comes down to your budget, stomach for spending more, and whether or not you want the latest pair of Sony headphones.