The dust has barely settled since the iPhone 14 launch, yet we’re now staring down the barrel of what looks like an incredibly interesting set of releases from the big ‘G’.

I’m a huge fan of the Pixel. The Pixel 4a and Pixel 6a are brilliant budget smartphones that just so happen to contain my favourite ever smartphone camera.

But I’ve never used a Pixel Pro device, and none of us has ever experienced a smartwatch made by Google – let alone a tablet.

I have reviews for all of this stuff (bar the tablet – we’ll get to that in a bit) hitting my YouTube channel next week. In the meantime, here are some thoughts on what was announced yesterday.

We did it three years ago

Google’s events are very different from Apple’s. The Hollywood sheen is absent and in its place a far more traditional walk-on-stage-and-talk-about-everything presentation. You know, like how Apple used to do it.

I found this quite refreshing. The presenters weren’t always as polished as the coached-to-the-hilt Apple execs, and there were plenty of little quips thrown in and aimed squarely at the Cupertino giant.

The best related to car crash detection which, we’re told, first came to the Pixel phone three years ago. Take that, Tim.

This year’s Pixel event focused on the new capabilities of the Tensor G2 chip, the efforts Google is making in privacy by design (both phones come with a VPN as standard) and a new era of personalisation for Pixel devices.

The most secure and private phones yet. A watch designed to get you out there and do stuff while keeping a second-by-second account of your vitals. A tablet which is the antithesis of a ‘homebody’.

They had a lot to say.

It’s another two-tier year for Google’s smartphones. We get to choose from either the standard Pixel7 or the Pixel 7 Pro.

I admire this. There’s no weird crossover in size classes like we get with the iPhone 14 Pro Max and iPhone 14 Plus, and the features that distinguish the two new Pixel phones are pleasingly consumer-friendly. 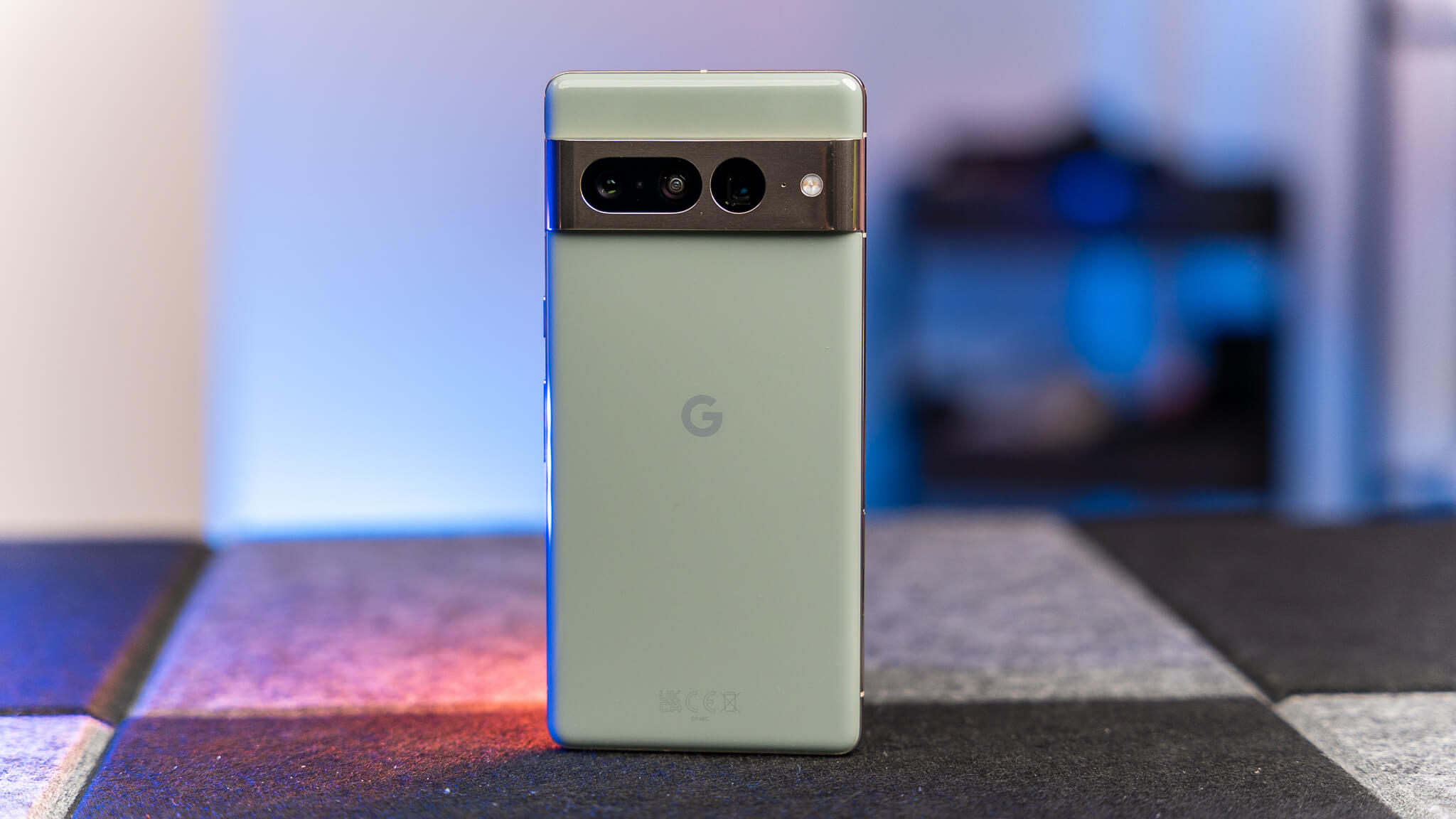 The Pixel 7 has a satin metal frame, whereas the Pixel 7 Pro features polished metal. They look suitably different, too; the Pro has an air of flagship about it which suggests a higher price tag. 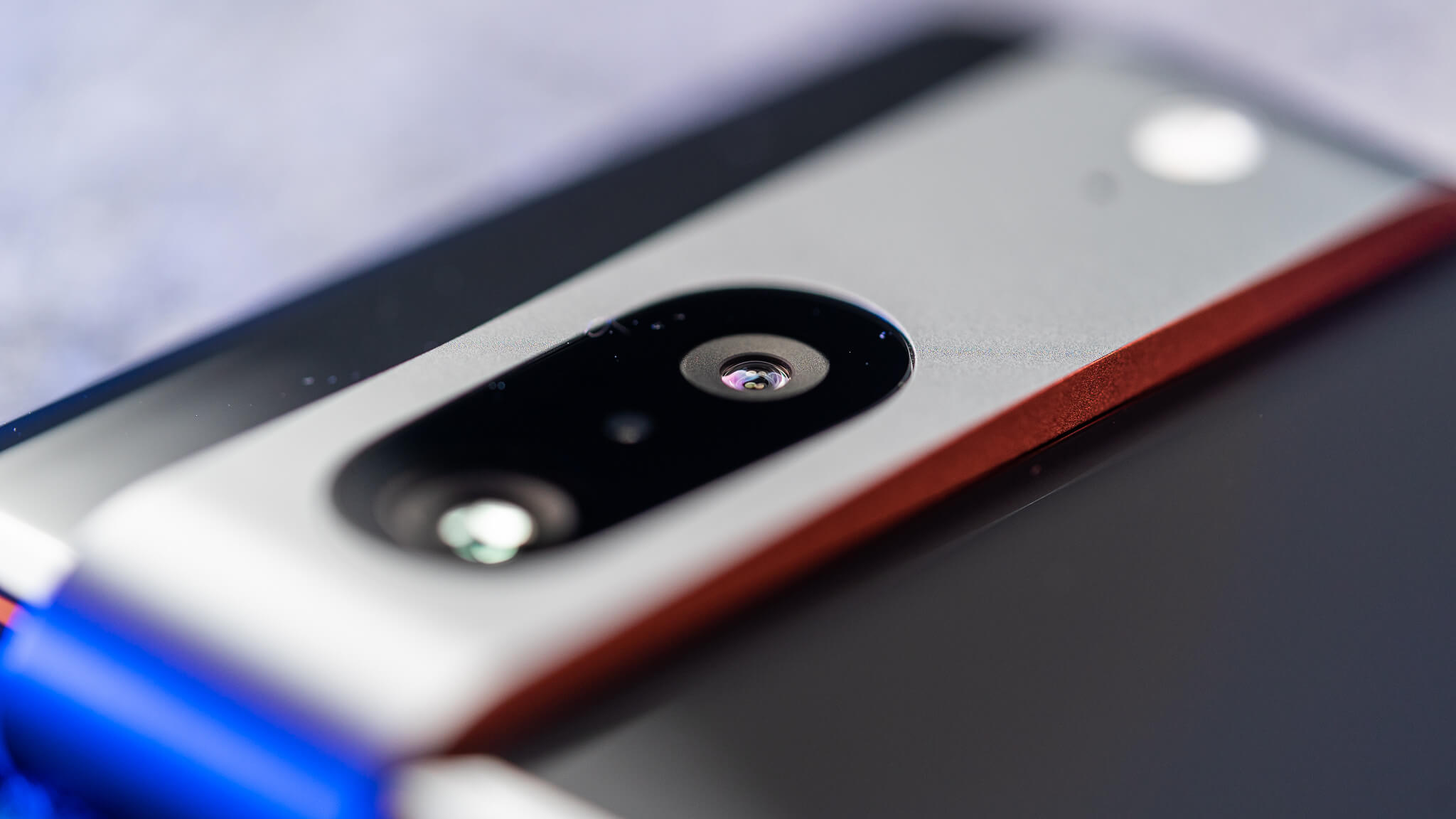 Other differences lay within the displays (the Pro’s larger screen gets a high, variable refresh rate, whereas the Pixel 7 is fixed at 90hz), the RAM, storage options, and of course the camera system. The Pixel 7 Pro also gets face unlocking this time around, which is a welcome addition.

Both phones come in typically muted but pleasant Pixely colours and they share the same Tensor G2 chip. Which is a very nice thing indeed.

That Tensor G2 chip is really being put to work on these new Pixel devices, we’re told.

Google has never been shy when it comes to shouting about its prowess in machine learning and smartphone features that offer genuine quality-of-life benefits. The Pixel 7 series takes everything a step further, thanks to the Tensor G2, by boosting the capabilities of features like voice assistance, live translation, and even phone calls.

There were some standouts, though. For instance, the new front-facing camera can now assist partially sighted or blind users when taking selfies. It’s such an obvious, brilliant feature, but one I don’t think we’ve seen on any other smartphone.

Google even devoted a significant chunk of the event to the topic of phone calls. That’s right – the 2022 Pixel launch was the first smartphone event in recent memory to actually talk about the performance of the telephone app.

What could have been a ‘let’s put the kettle on’ moment was anything but. Google’s claim that the Pixel 7 phones are the “best for calling” seems well founded, thanks to improvements in call screening (where the device deals with unknown calls on your behalf) and the ability to help you navigate visually through automated business call menus. They’ve also used the machine learning prowess of the G2 to raise call quality by intelligently dampening ambient sound and improving the caller’s line quality.

Who says the boring stuff needs to be boring?

Google is entirely unlikely Apple when it comes to its smartphone camera hardware. They barely talk about the hardware at all, in fact. As always, the magic of the Pixel’s camera system lies almost solely in the software.

The Pixel 7 and Pixel 7 Pro do have improved lenses and sensors, but they’re not seismic leaps forward. Instead, Google has focused on improving zoom capabilities, enhancing video, and getting super close with macro photography.

But let’s talk about blurry photos, first. With these new Pixel 7 phones and Google Photos, you can now apparently rely on your smartphone to take the sharpest photos possible. It does this via a mixture of exposure mixing and machine learning, but it doesn’t only apply to photos taken on the device. The same technology can also be applied to photos taken on different cameras to ‘fix’ old blurry photos.

The examples looked impressive, obviously, but I’m looking forward to trying it out for myself.

The zoom technology needs just as much testing in the real world, but the long and short of it (if you excuse the pun) is that the Pixel 7 can zoom in far tighter and still retain image quality, thanks to the same software trickery and exposure combining used to combat blurry photos.

We also get Google’s version of cinematic mode (sort of) and 10-bit HDR for video. There’s a lot to test for yours truly!

On that note, I’m heading to London next week to try this lot out. I’ll report back.

Finally – a smartwatch from Google!

The Pixel Watch has been rumoured for ages, and following a brief glimpse at it earlier this year, we have… well, a few more details.

Google was still tight-lipped on exact specs, but they did reveal that the new wearable features 3D cover glass, customisable watch bands, and all-day battery life. 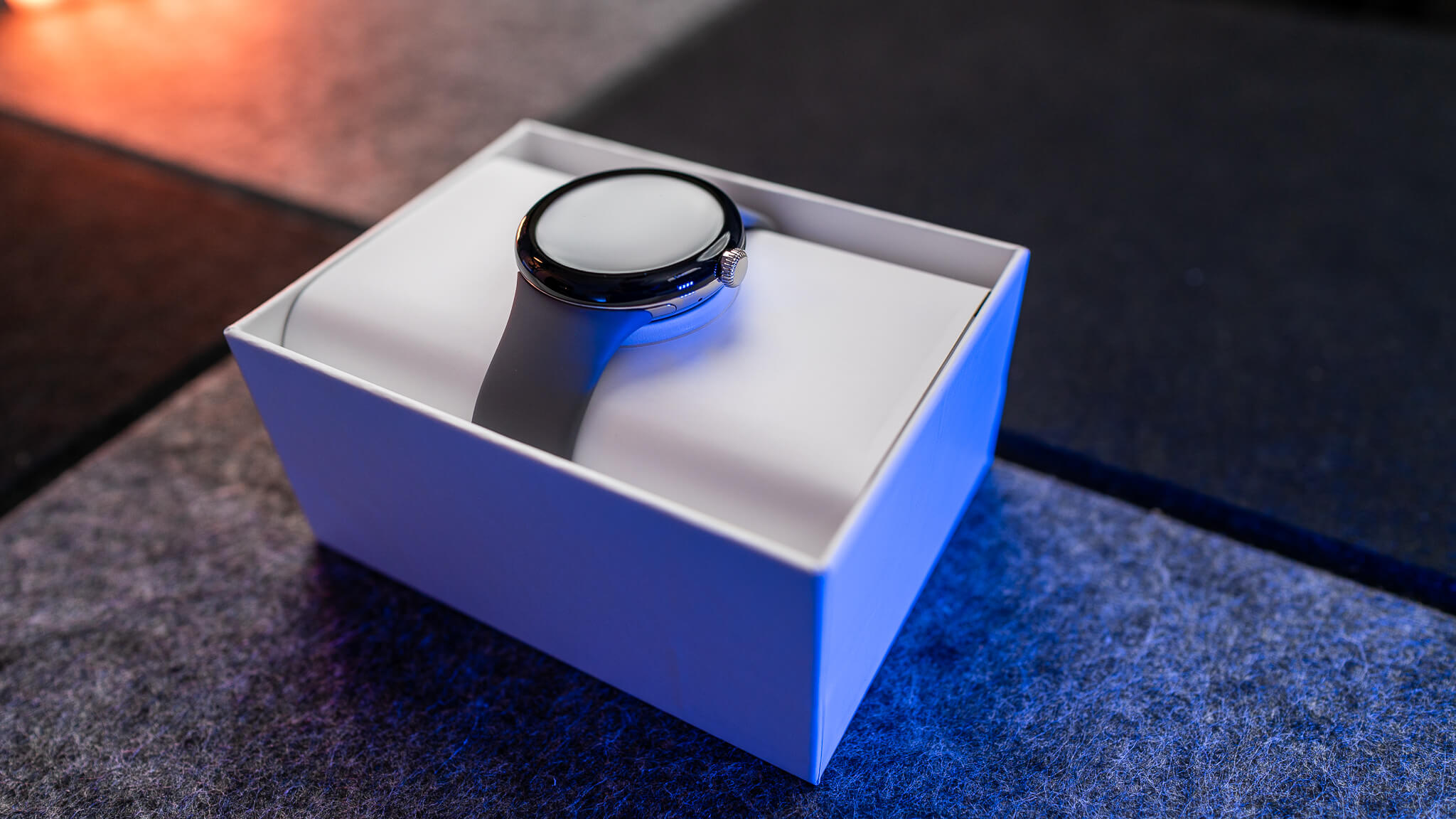 The focus, however, was on the partnership with Fitbit, which has enabled Google to place the emphasis of the watch firmly in the health and well-being realm.

For instance, the Pixel Watch tracks your heart rate constantly, by the second. As Google noted yesterday, this enables users to track not only their fitness performance more accurately but also how the body responds to rest and sleep.

Fall detection arrives in 2023, and every Pixel Watch comes with six months of Fitbit Premium absolutely free. At $349 for the Wifi version and $399 for cellular, it sounds like a serious Apple Watch competitor.

Again – I reserve full judgement until my review next week, but the fitness focus for the Pixel Watch will likely win it plenty of fans in the Google Pixel ecosystem. That approach has worked wonders for Apple, after all.

A tablet that isn’t a tablet

Lastly, we were given another glimpse at the forthcoming Google Pixel Tablet. No specs were mentioned, but we were informed that this would be the purest expression of Android on a tablet, ever. Which is no surprise – that’s what Pixel is all about.

The Pixel Tablet looks like a relatively standard Android tablet, but with one very cool twist. This follows a bunch of research carried out by Google where they asked regular folk about their experience with tablets. The overwhelming response, we’re told, was that these devices often turn into ‘homebodies’.

Don’t worry – I had no idea what that meant, either, but it apparently refers to the fact that most people aren’t that sure what to do with their tablets. They get in the way, often have low batteries, and see limited use compared to smartphones.

So, Google has decided to reinvent the tablet, and they’ve done so by pairing the Pixel Tablet with a speaker dock. This essentially turns it into a Google Nest Hub, and I absolutely love the look of it.

I’ve never owned a Nest Hub, but as soon as the Pixel Tablet is available next year, I’ll be integrating it into my studio to see if it really can redefine how I use tablets (because to be totally honest, I kinda get where Google is coming from with this).

I’d love to know what you thought about yesterday’s Pixel event. Get involved in the comments!