I’ve really been enjoying my foray into Android World recently. The Galaxy S22 Ultra is a stunning smartphone, and as much as the S Pen has been a bit of a damp squib for me, that beautiful, expansive screen has finally quenched my Note thirst.

Next up is OPPO and their latest flagship – the Find X5 Pro 5G. It has an absolutely terrible name – a pet peeve of mine (hello, Sony) – but really is a smartphone that demands further exploration.

So, this is my full review of the OPPO Find X5 Pro 5G, which I’m simply going to refer to as the ‘X5 Pro’ from here on.

The gift box (if you order before March 23rd!)

OPPO is known for being rather generous with its gift sets during new device launches, and the X5 Pro is no different. 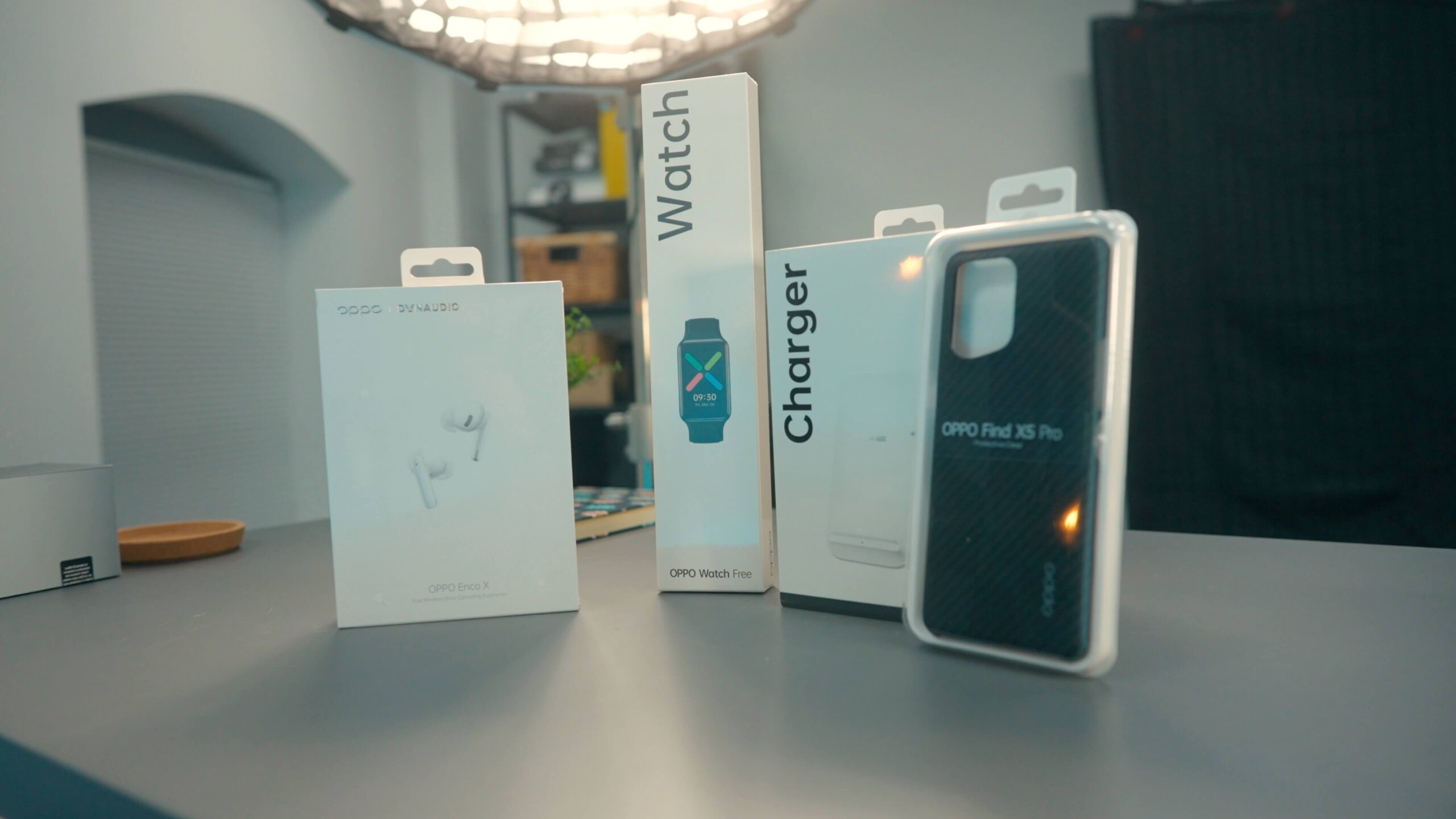 Pre-orders for the new phone are currently underway, and if you order by March 23rd, you’ll receive a bunch of accessories that are worth nearly £400, collectively.

That’s what OPPO sent me, and it’s quite a package. Included in the huge and nicely presented box is:

I’ll leave the detail on the above for my video review, but suffice to say it’s a considerate and genuinely useful box of goodies. The Watch Free alone is a real bonus for anyone who wants simple fitness and sleep tracking without having to worry about charging their watch every night.

Oh, and those Enco X earbuds are absolutely fantastic. In fact, they’re not far off being AirPods Pro beaters. No, really.

The X5 Pro is £1,049 in the UK, which confirms its flagship status. Available in Glaze Black or Ceramic White, it runs ColorOS (OPPO’s version of Android), boasts 5G connectivity, and houses the recently launched Snapdragon 8 Gen 1 chip. 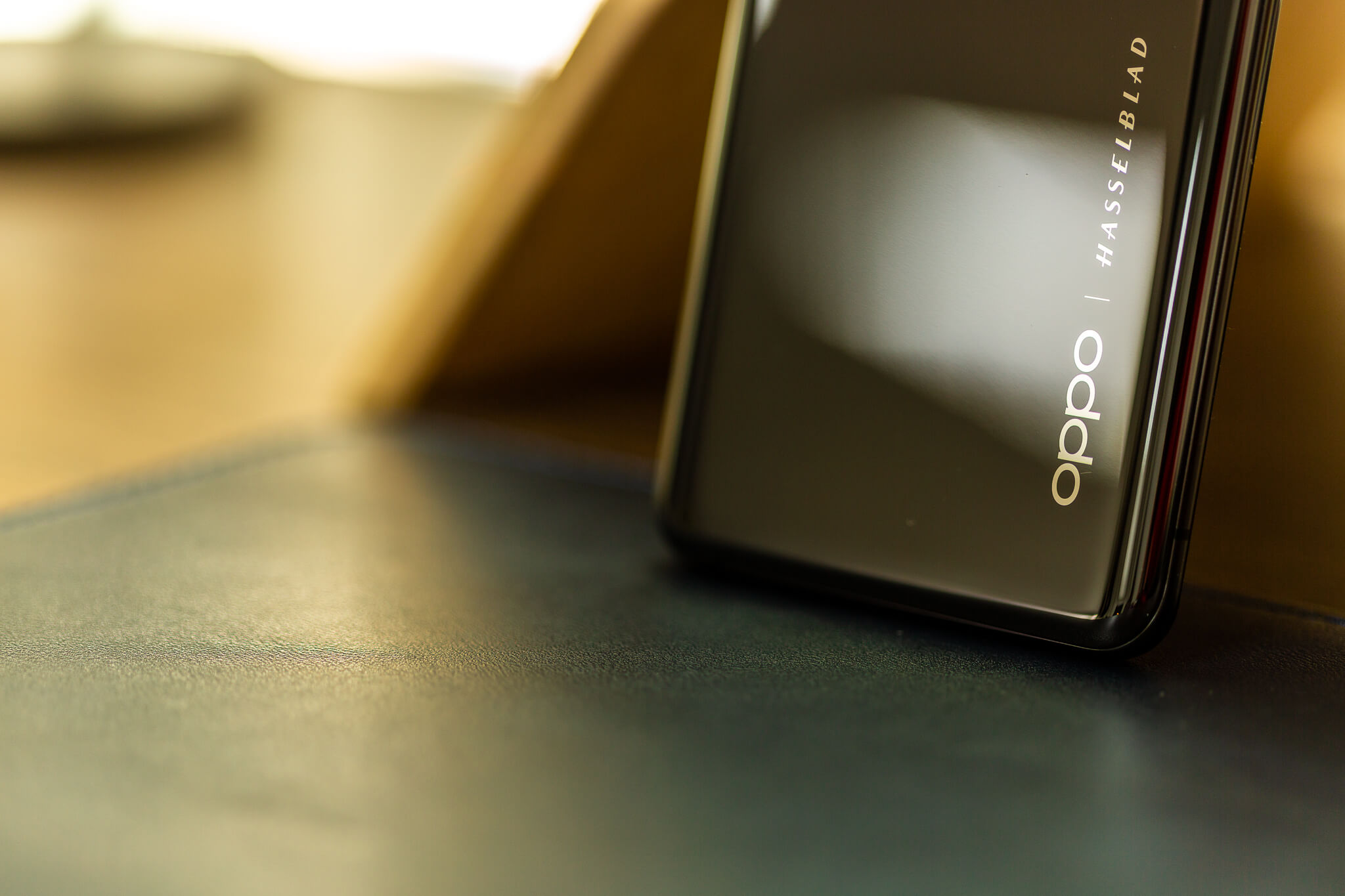 There’s also 12GB of RAM to play with and 256GB of storage. Keeping all of that stuff powered is a 5,000mAh battery, which is secured by IP68-rated water and dust resistance.

This is an expensive phone. Its pricing places it firmly within reaching distance of the Samsung Galaxy S22 Ultra, and on level-pegging with the iPhone 13 Pro Max.

So, it has quite a bit to live up to.

This is a stunning-looking smartphone.

My review unit came in Glaze Black, and while I’d personally have chosen the Ceramic White version, there’s no doubting how beautifully premium this darker shade is.

The X5 Pro’s design is characterised by the rear of the device. Clad in a single ceramic sheet, it is breathtakingly shiny and easily the most ergonomic phone I’ve ever held. There’s no traditional camera bump, either. Well, there is, but it blends effortlessly into the rear casing thanks to the way in which the ceramic sheet wraps around the lens housing. 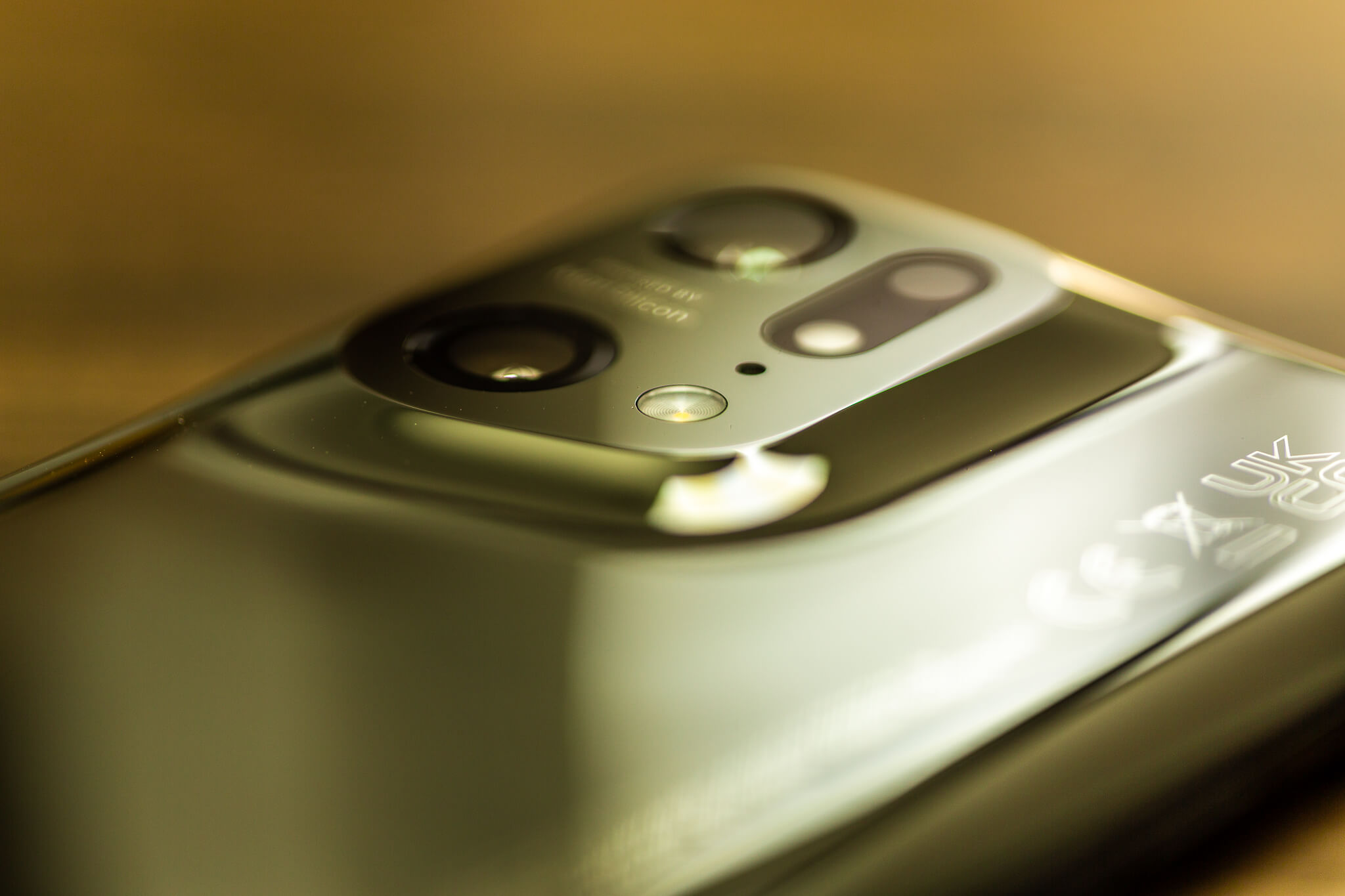 It looks futuristic and although it won’t be to everyone’s taste, I think OPPO’s take on the camera bump is absolutely the way all smartphones should be.

There are some issues, though.

As you’d guess, the rear of this device is an absolute fingerprint and smudge magnet. It looks drop-dead gorgeous when you first get it out of the box (and after a good polish) but as soon as you begin using the X5 Pro, it resembles a grubby mess. Regardless, most people will feel inclined to immediately put it in a case, so this is a moot point.

The reason you’ll want to grab a case immediately is that this is the slippiest phone I have ever used. Honestly – you can place it on a completely flat surface and it’ll start moving. On the plus side, it has at least revealed that our breakfast bar isn’t as level as I thought it was.

Despite these issues, there’s no doubting that the X5 Pro is the prettiest smartphone I’ve ever seen. 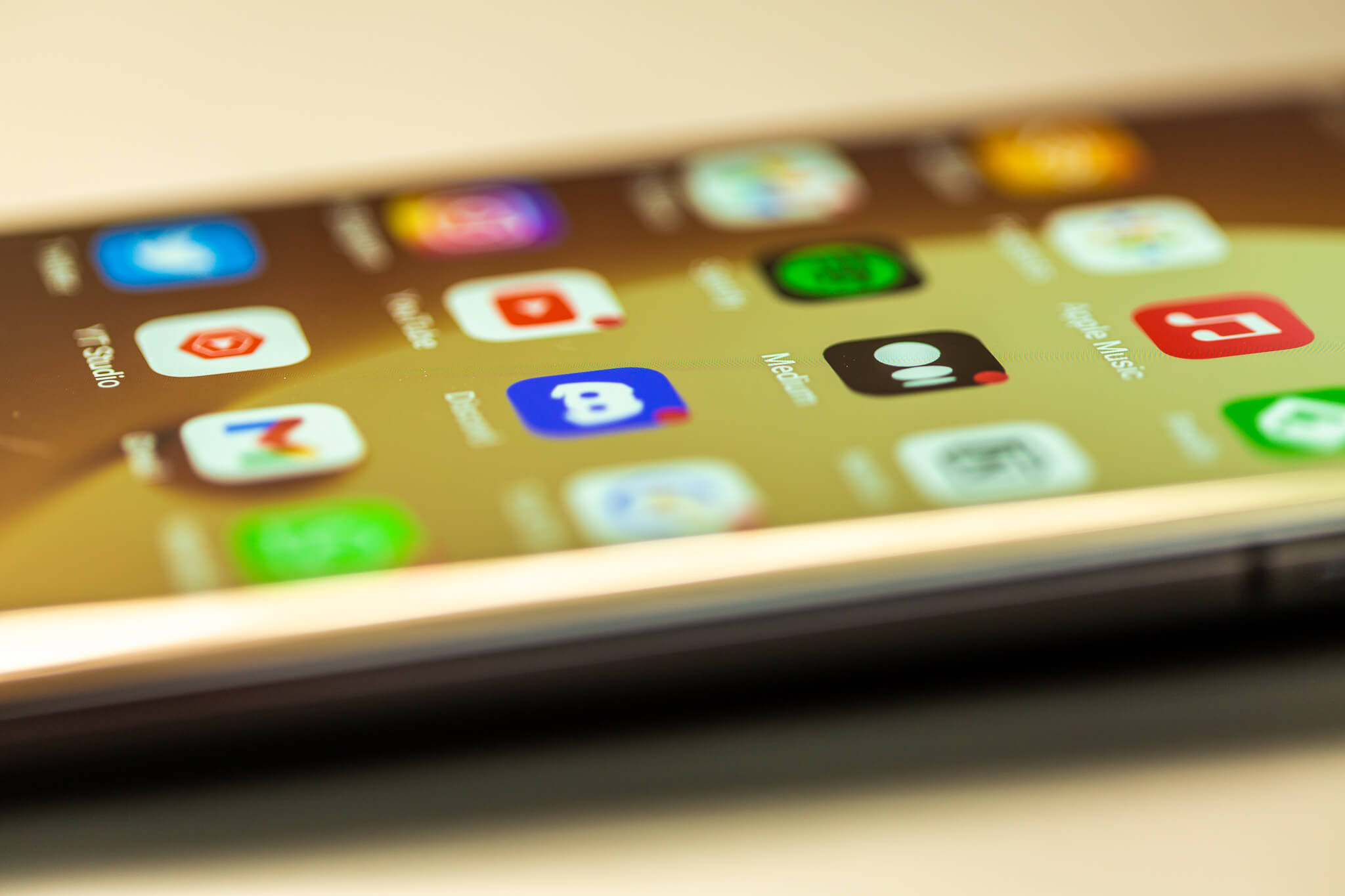 Just like the Galaxy line and the iPhone Pros, it features a variable refresh rate screen, too, which is capable of ramping from 1Hz to 120Hz, depending on what you’re asking the screen to do. I’m a recent convert to high refresh rate smartphone screens, and the OPPO is every bit as deliciously smooth as the others I’ve tried.

You can turn it down to a constant 60Hz if you want, but that’d be a bit like turning down the power on your BMW M6. Why bother?

It’s a bright display, too. Featuring 800 nits of brightness (1,300 nits peak), and support for both 10-bit colour and HDR10+ video, the X5 Pro’s screen is about as vibrant and readable in direct sunlight as you’re likely to find.

There’s a distinct lack of side bezels on this phone. Which is nice – it gives you a lovely, expansive screen – but it does have one rather annoying issue if you choose to use the phone without a case. Holding it with one hand, fingers clasped around the sides, you will inadvertently invoke something on the screen because of the slightly rounded edges. This doesn’t happen with the case on, but it’s frustrating, nonetheless.

Despite this, the OPPO’s screen is undeniably superb. It even has something called ‘Nature Tone Display’, which is almost identical to Apple’s True Tone – a feature that is sorely missing from the S22 Ultra.

Just like the S22 Ultra, the X5 Pro features both fingerprint and facial recognition for biometric security.

They work brilliantly. And, just like Samsung, OPPO has managed to squeeze their facial recognition tech into a hole-punch camera, and the fingerprint sensor sits conveniently and invisibly behind the screen. 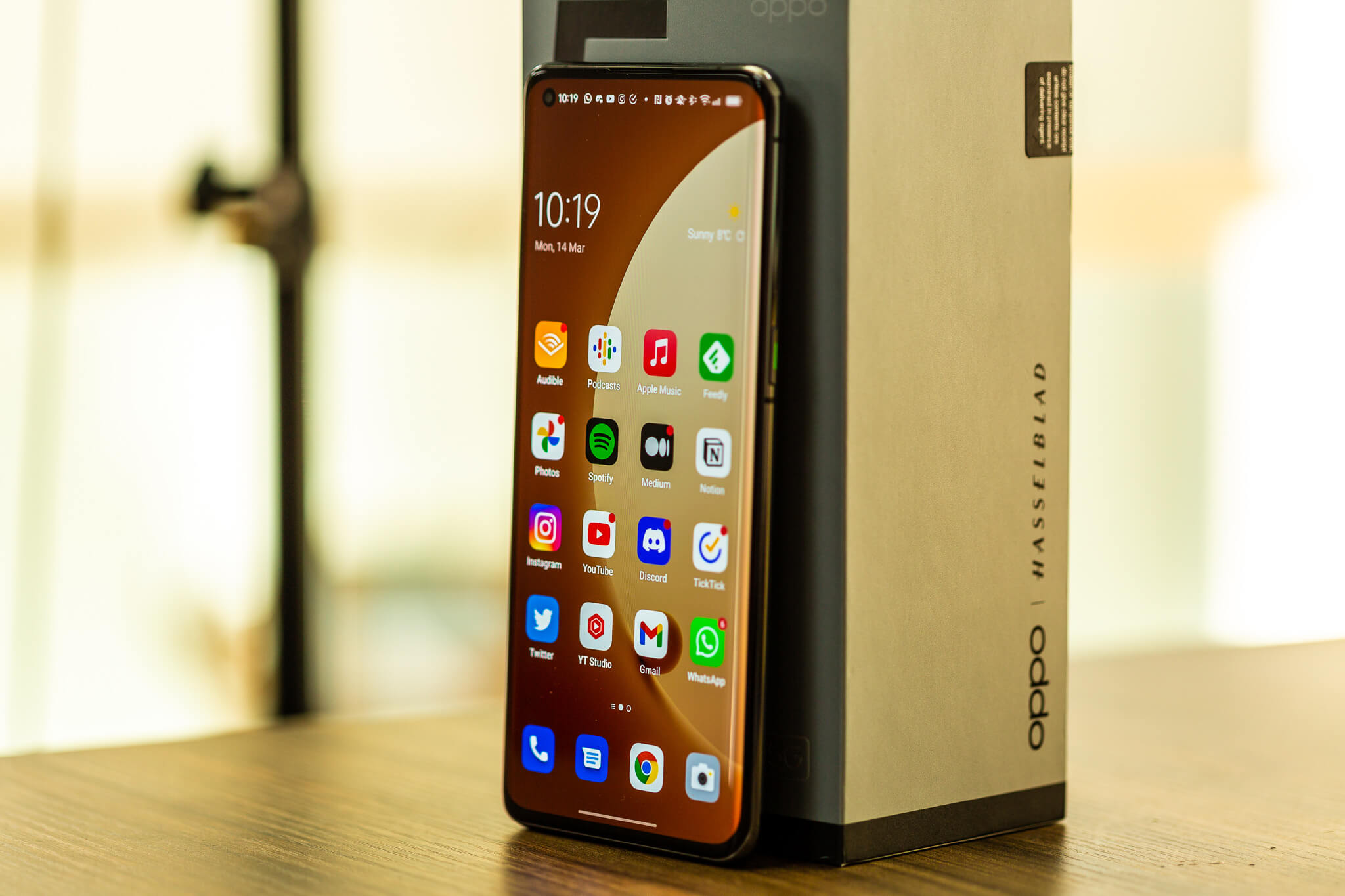 The more I use these ultrasonic fingerprint sensors, the more I like them. They work flawlessly, you can’t see them and they feel entirely natural to use. I’d also argue that they’re more secure than a facial recognition system which is, admittedly, probably a little less secure than Face ID thanks to the absence of the 8,293 sensors Apple packs into its notch.

Rumours point to the long-awaited death of the notch in this year’s iPhone. But, personally, I’d take an under-the-screen version of Touch ID any day of the week.

The X5 Pro is one of the first smartphones to feature the Snapdragon 8 Gen 1. It’s my first experience of this chip (my S22 Ultra is the Exynos version), and I must say I’m mightily impressed. 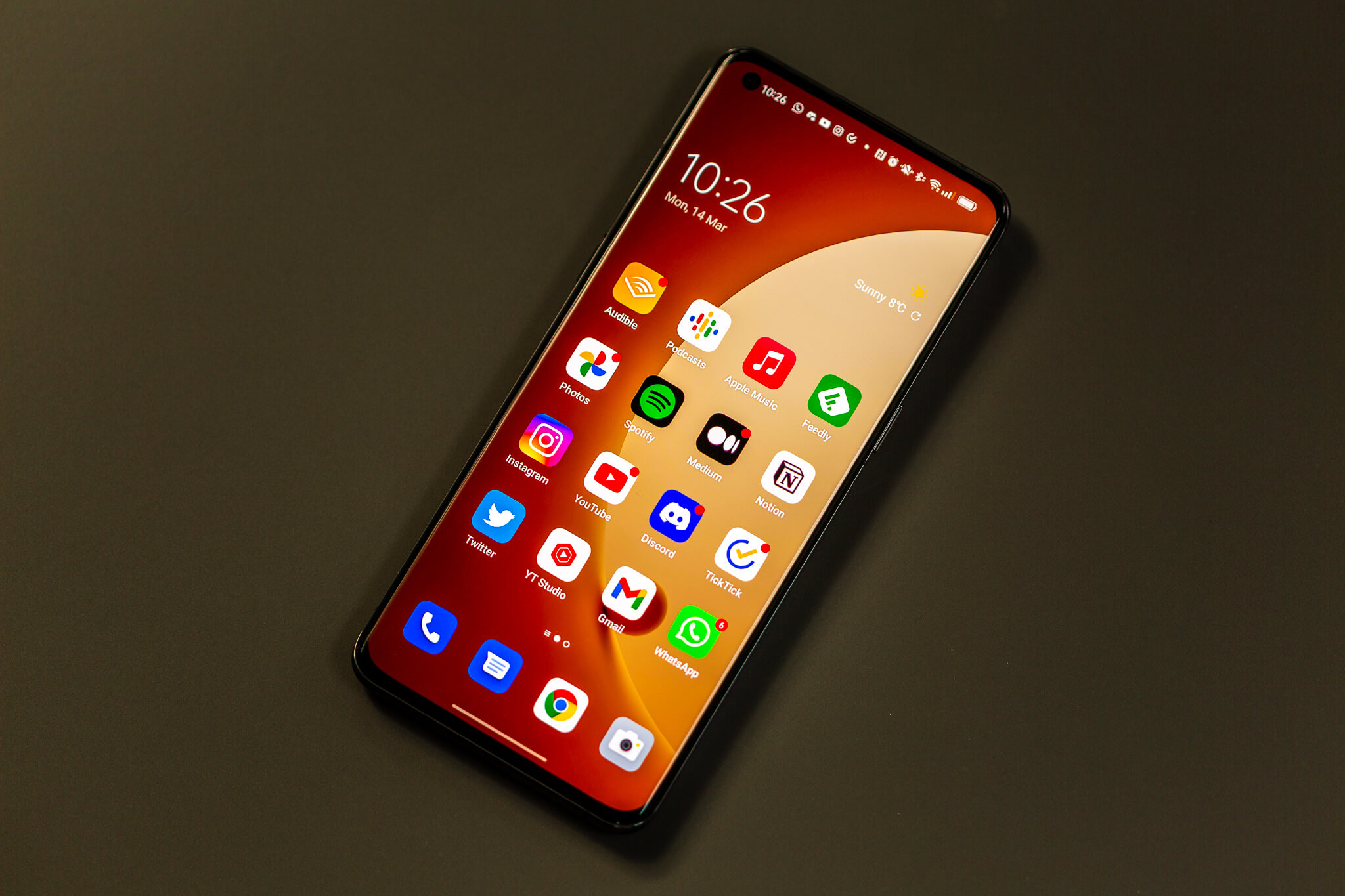 This phone feels as snappy, quick, and responsive as an iPhone. I’m not one for benchmarks, but in everyday use, it feels every bit the super-powerful flagship smartphone to which its price alludes.

I like ColorOS, too, which is OPPO’s take on Android. It looks slightly different to stock Android in places, but it’s never jarring, or bloated.

Nestled within that beautifully sculpted camera bump are three lenses. They’re powered by OPPO’s image processor, the MariSilicon, and feature the following:

But when you first set your eyes on the X5 Pro, you may notice the name ‘Hasselblad’ on the rear of the device. I did, which made me rather excited for what might be inside that casing.

As it turns out, the partnership with Hasselblad is purely software-related. It results in three filters developed in conjunction with Hasselblad photographers, and a ‘pro’ mode, which essentially gives you manual access to the camera’s controls.

So, you’re not getting a pocket Hasselblad camera here, but the results of the filters are quite nice, in my opinion. Here are some examples of all three: 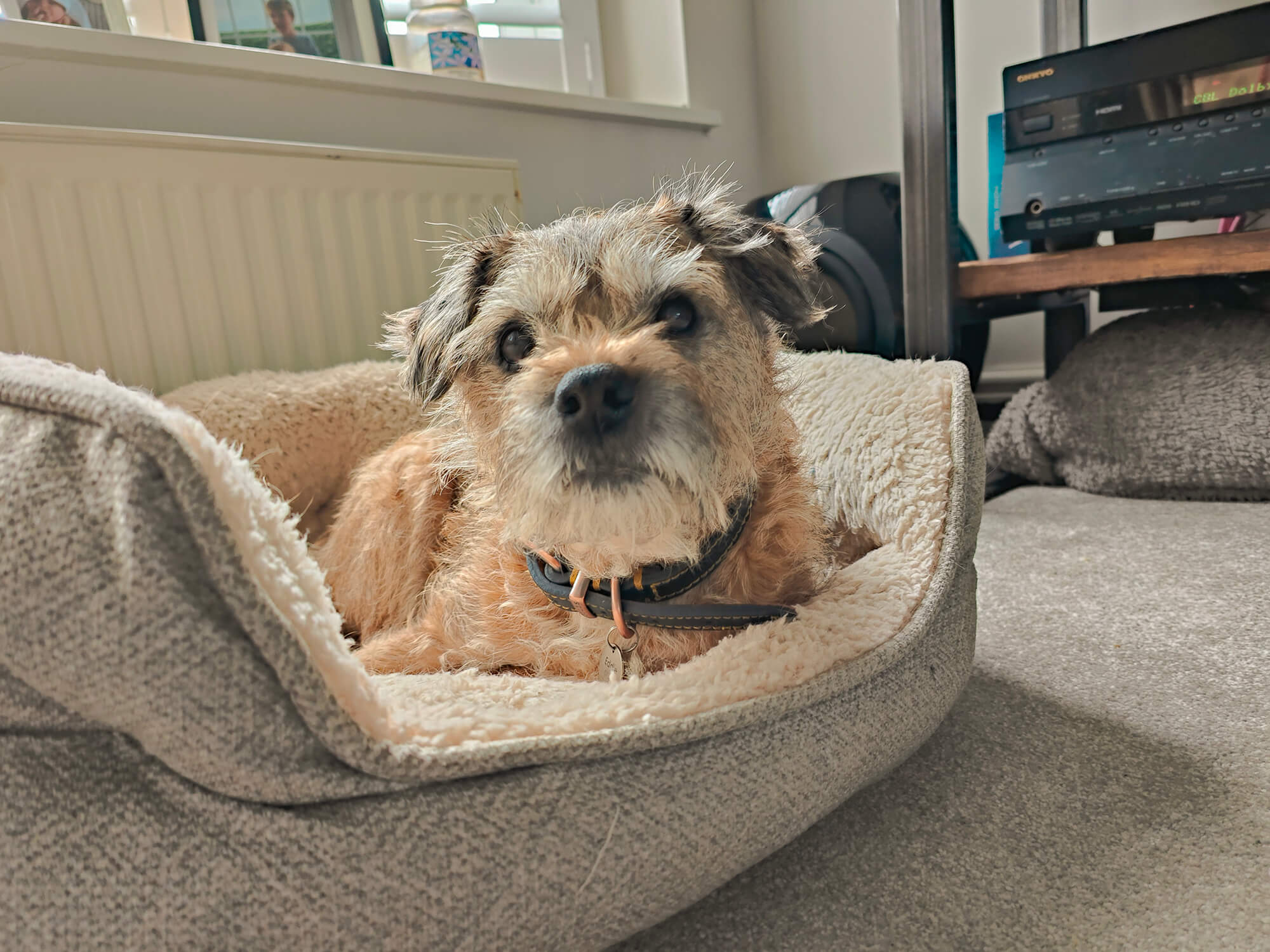 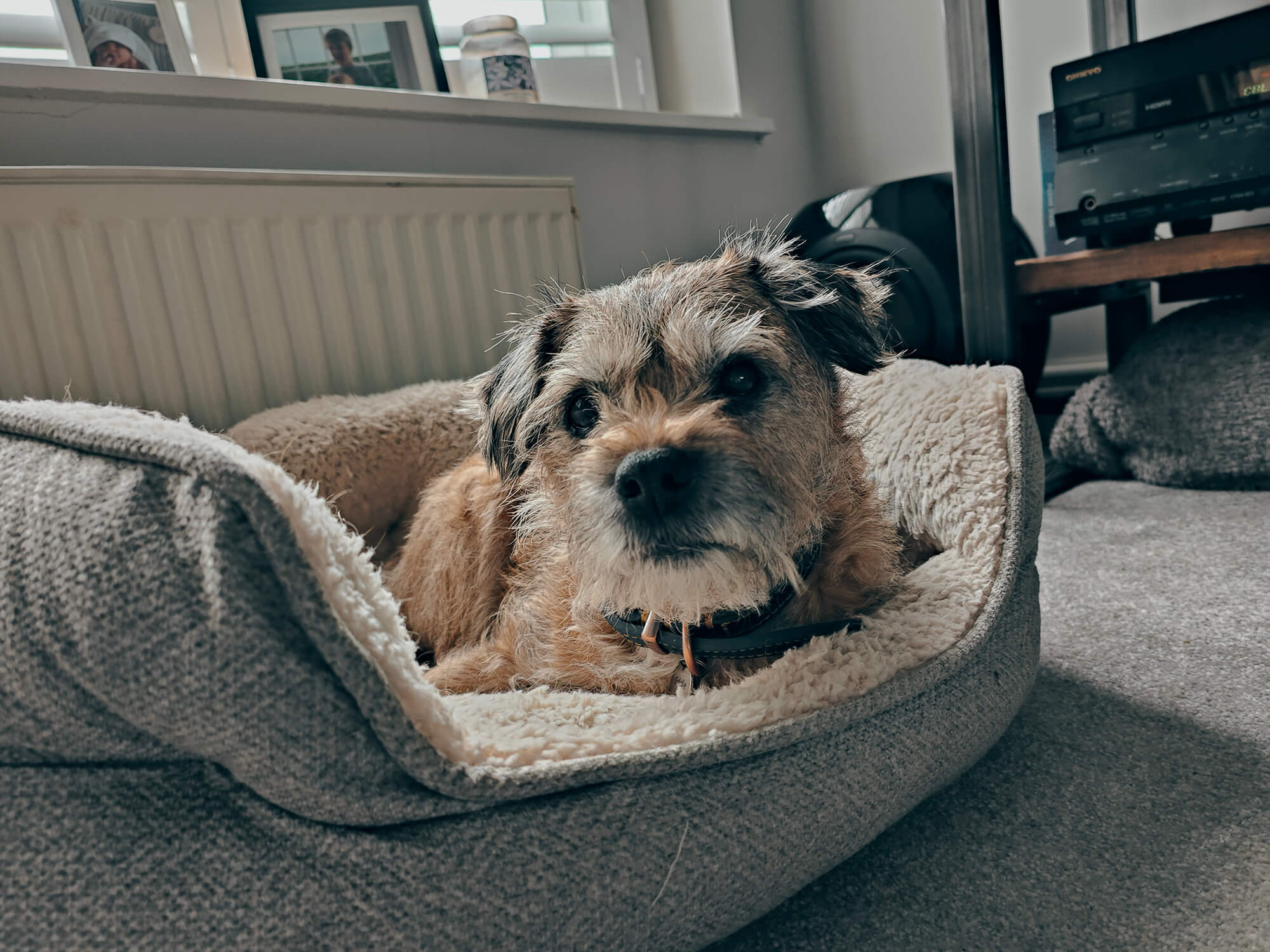 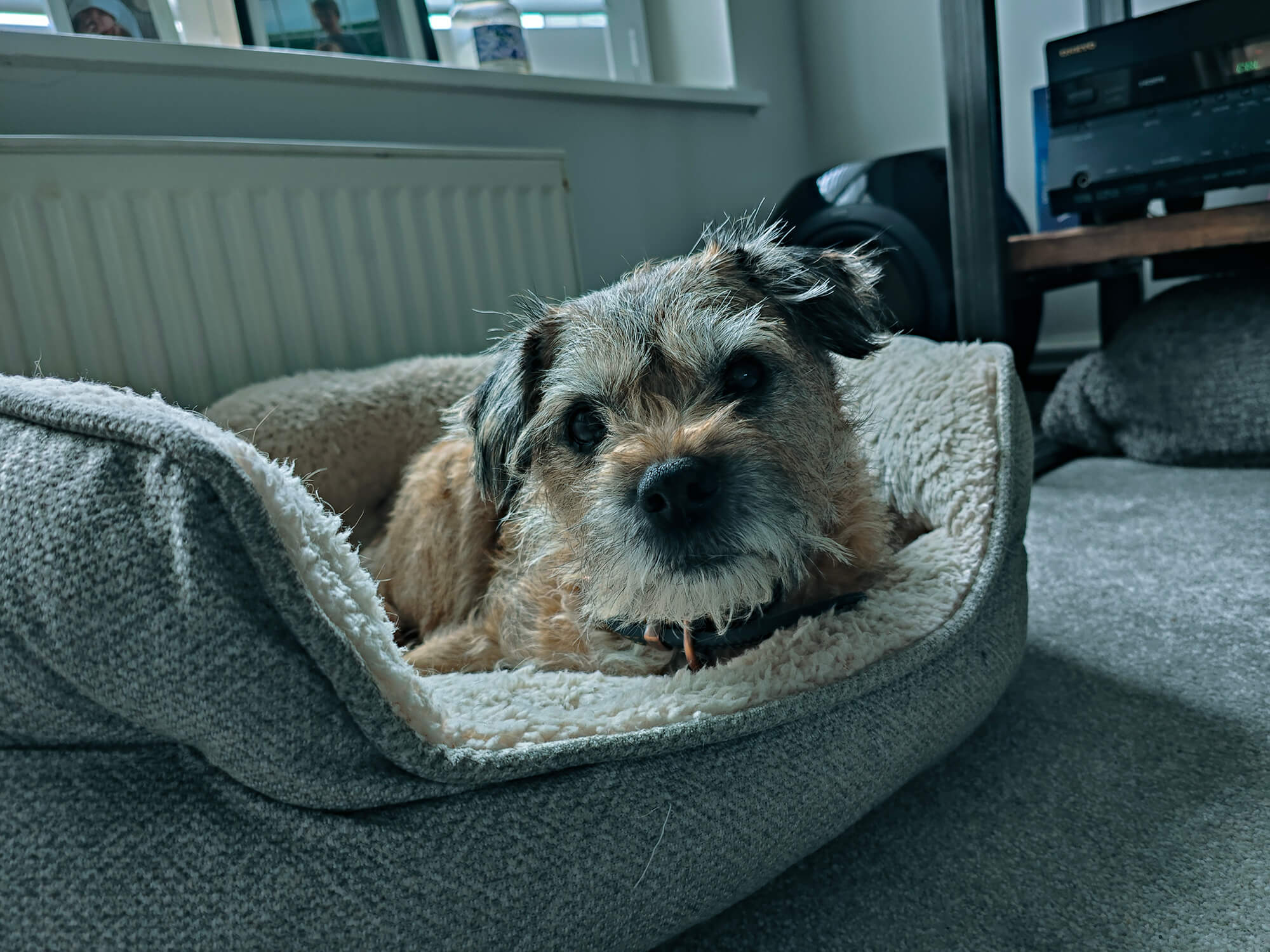 In everyday performance, the camera is pretty good. It won’t blow your socks off, but the images are sharp, nicely saturated, and the white balance is usually spot on. 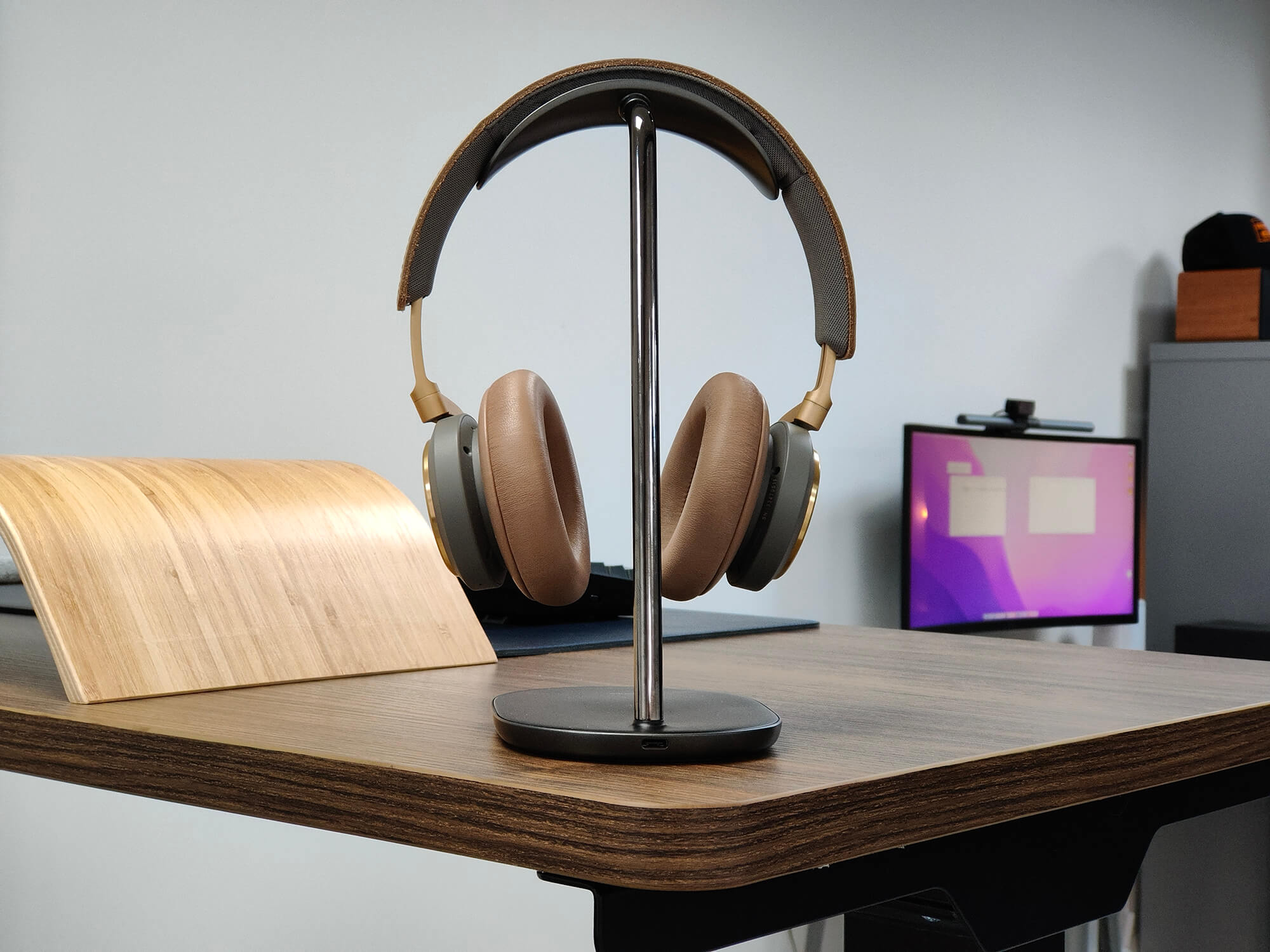 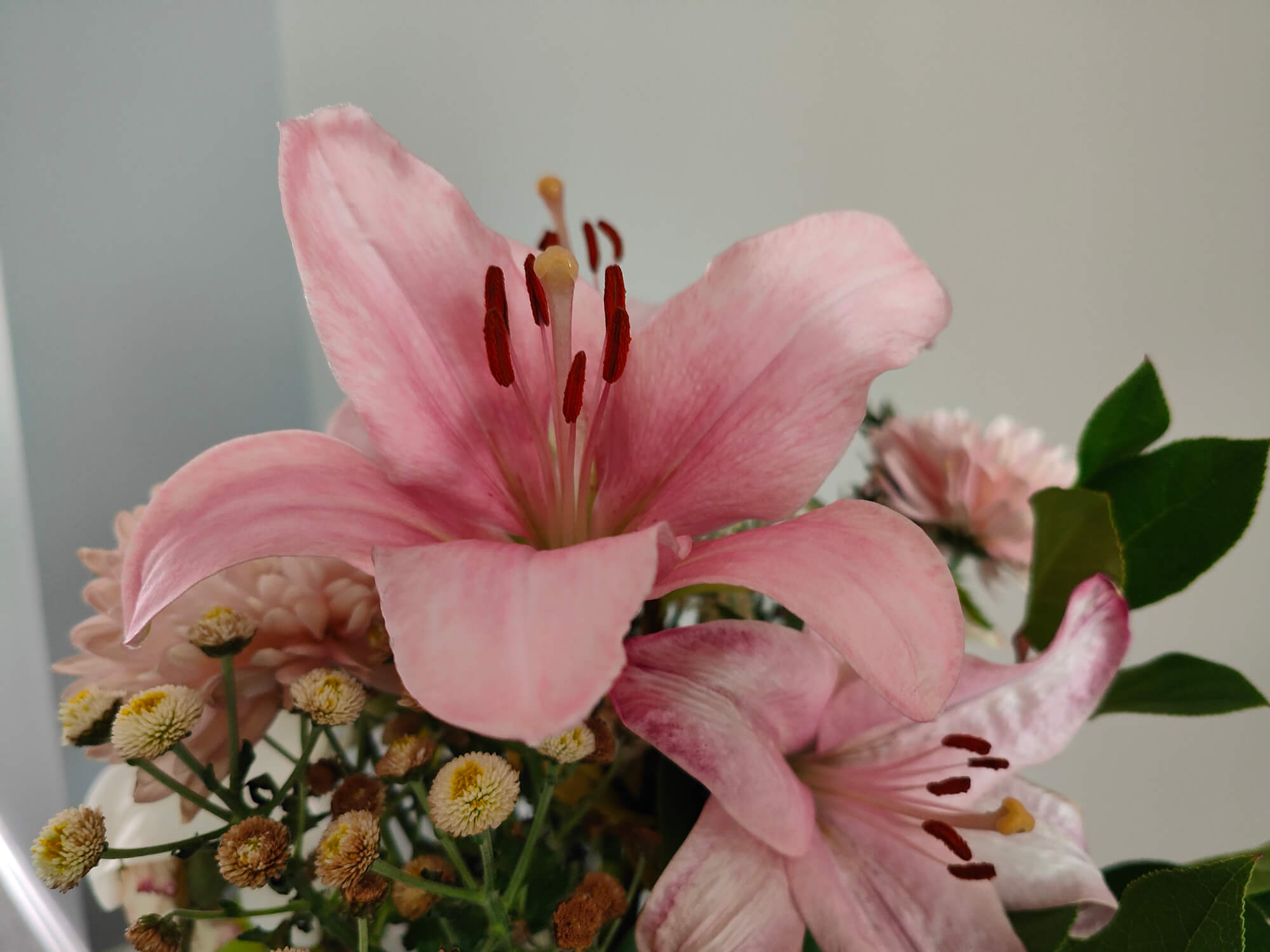 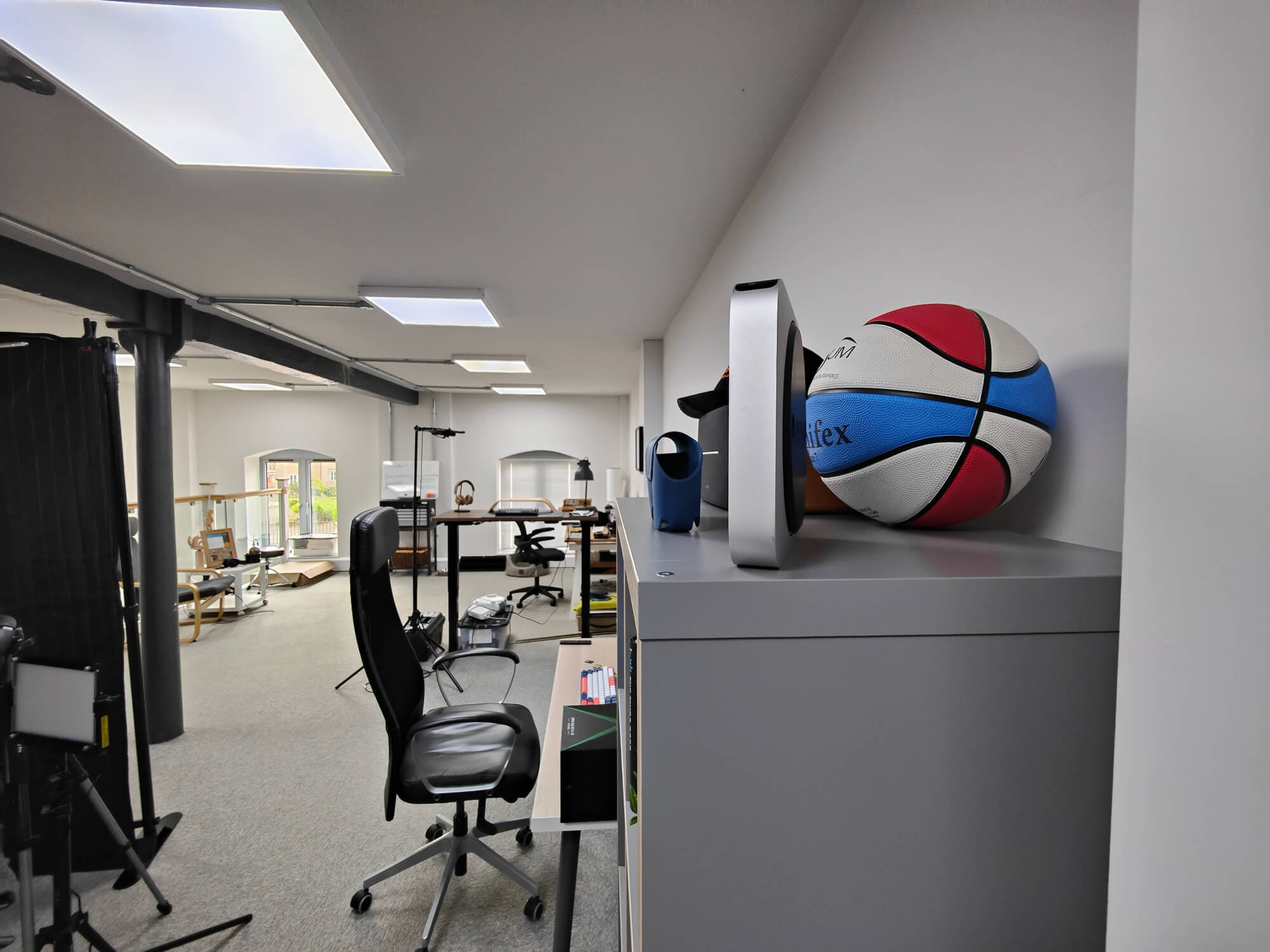 The night mode is where the X5 Pro really shines, though. The following image was taken in a very poorly-lit scene and features some challenging contrast on the body of the car. The X5 Pro nailed it in seconds, hand-held: 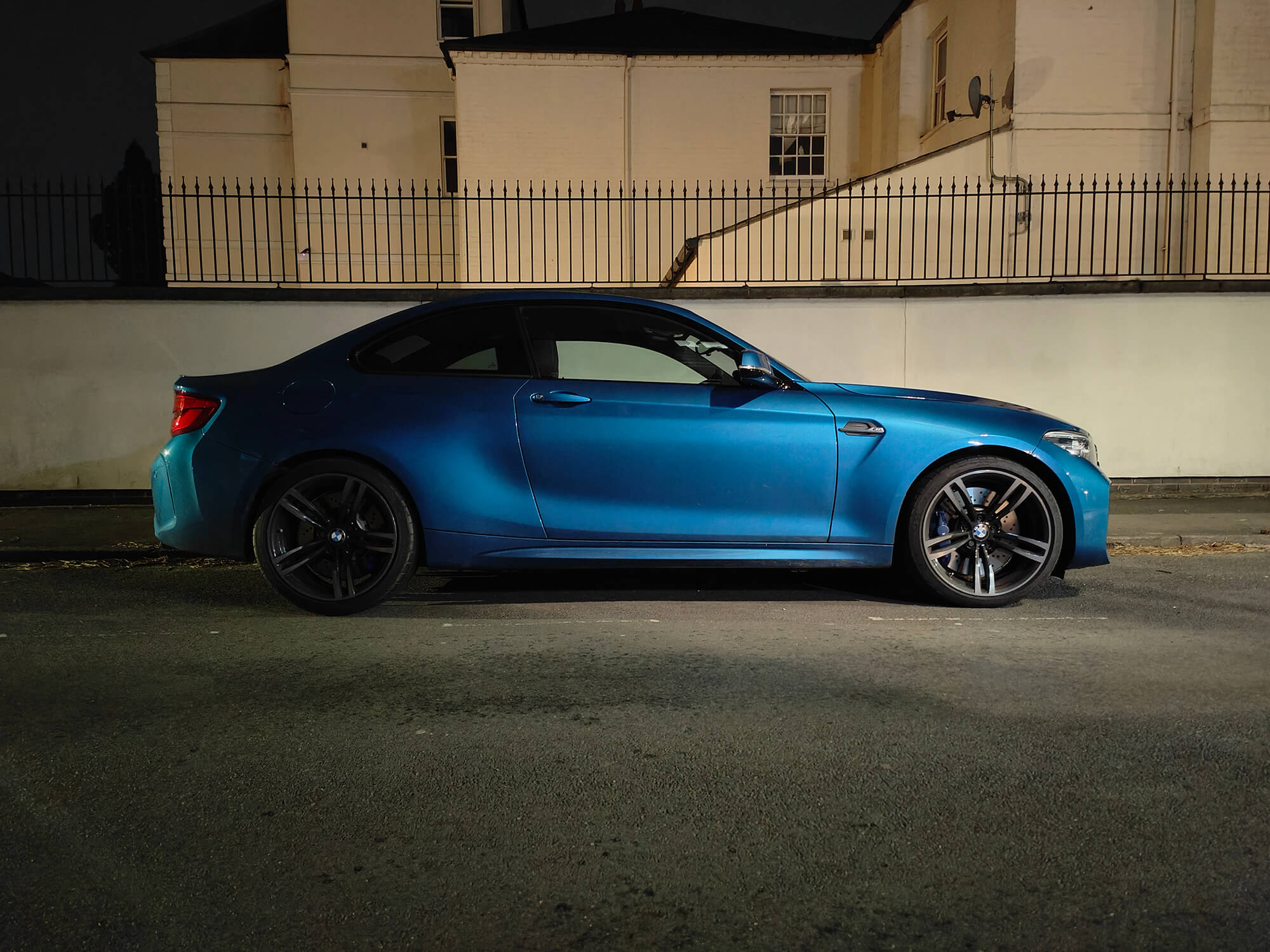 So, it’s a ‘good’ camera with excellent night time performance, nothing more. The video produced by the X5 Pro is similarly normal, to be honest; 4K footage is handled nice and smoothly, but it isn’t reaching for the iPhone’s crown in that regard.

This is easily a two-day battery. In fact, I’d imagine you could squeeze nearly three days out of it with moderate use and considerate display brightness. 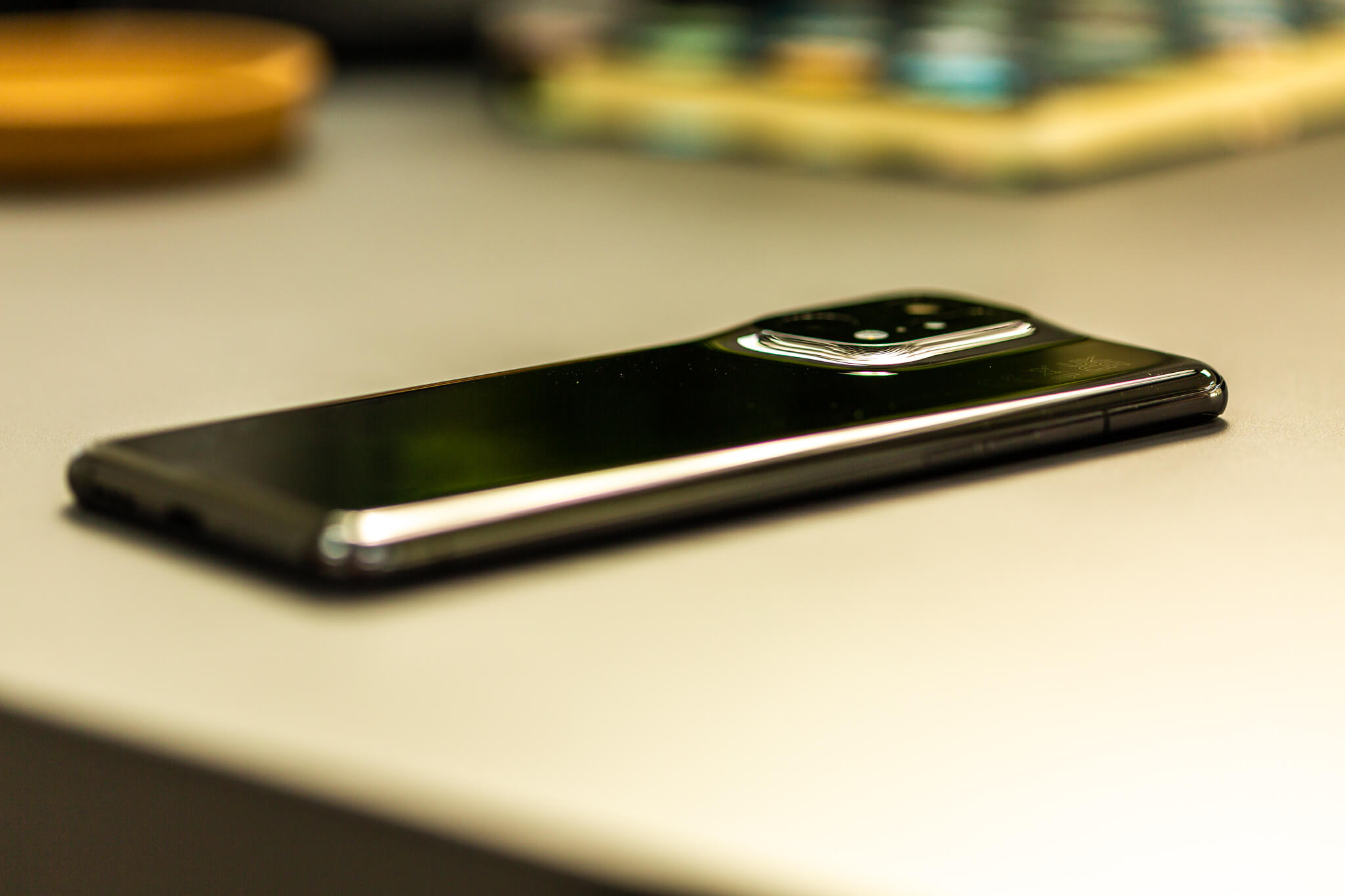 It’s easily on a par with the iPhone 13 Pro Max which is the absolute king of battery life in my experience. That’s all you need to know.

It’s also rather refreshing to receive a charger in the box. I’m all for saving the planet by reducing waste, but the presence of an 80w fast charger sets the OPPO apart in the convenience stakes.

There are several big-name competitors for the X5 Pro, but I’ll focus on the only two with which I’ve had significant experience. 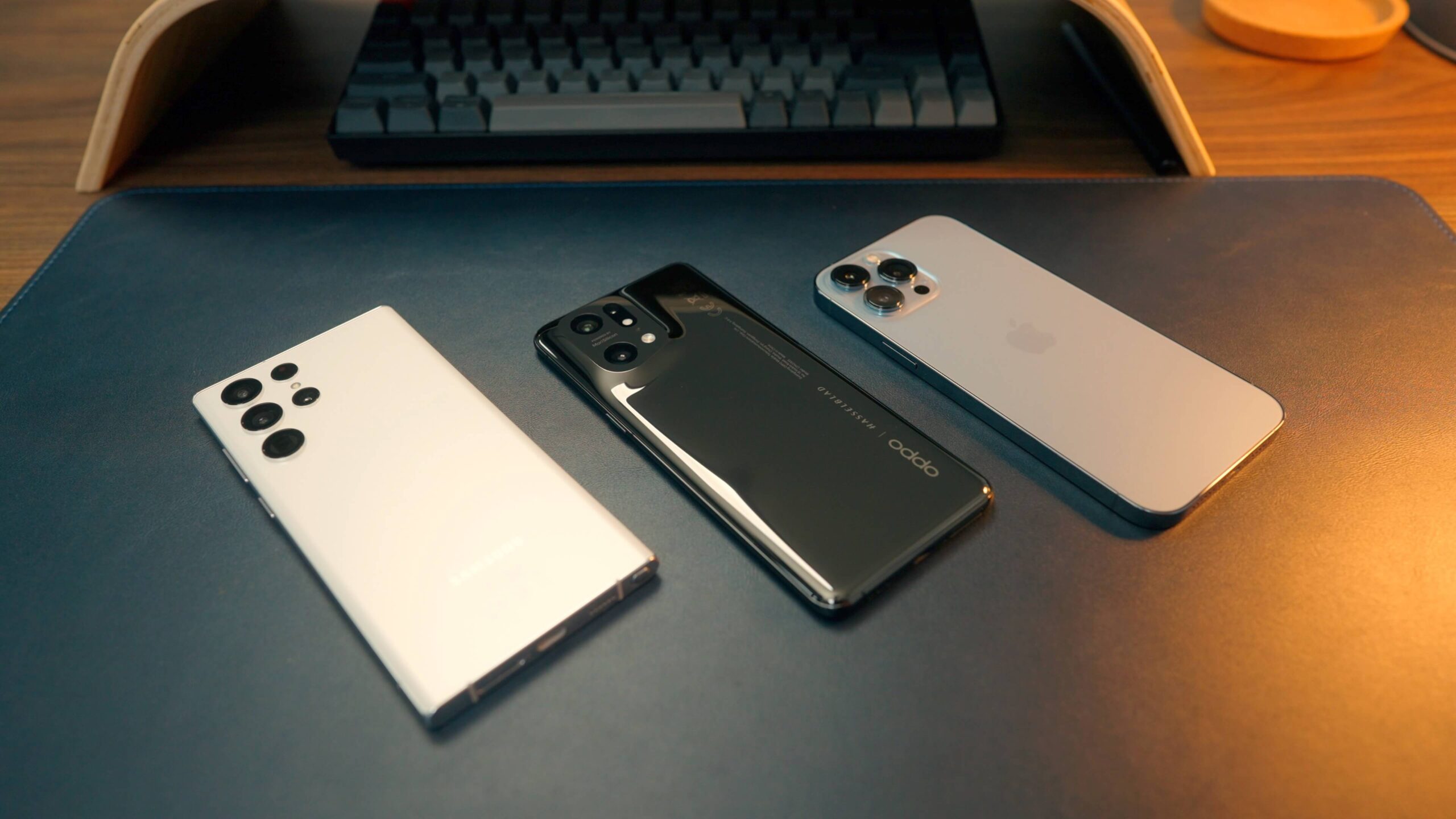 The X5 Pro is the exact same price as the iPhone 13 Pro Max. They’re both built like tanks, feature great cameras, and have stellar battery life. Their screens are also on a par, although the vastness of the X5 Pro’s screen thanks to the absence of a notch and side bezels help it edge forward in that area.

They both feel as quick as one another, too. This leads me to a rather simple conclusion: the choice between the two devices comes down entirely to whether or not you prefer iOS and the Apple ecosystem or Android. There’s nothing else to differentiate them.

The Galaxy S22 Ultra is the other X5 Pro competitor with which I’ve spent considerable time. The former is £100 more expensive, and while it comes with some tempting offers at the time of writing (12-months Disney+ subscription, and free Galaxy Buds Pro to name but two), it can’t quite compete with OPPO’s opening offer for pre-orders.

Personally, I prefer the size of the S22 Ultra. Its wide form factor feels more substantial and capable of being a true do-it-all, “goodbye, tablet” smartphone. And, for some, the S Pen will be a differentiator.

But where the S22 Ultra obliterates the X5 Pro (and the iPhone 13 Pro Max) is in the camera department. It takes noticeably better images that are neither too saturated nor in need of significant tweaks. It strikes the perfect balance. I just wish I had the Snapdragon 8 Get 1 version to compare it against the X5 Pro which is, admittedly, a much smoother operator.

The X5 Pro is a beautiful device. It’s also fast and features one of the nicest displays on the market. 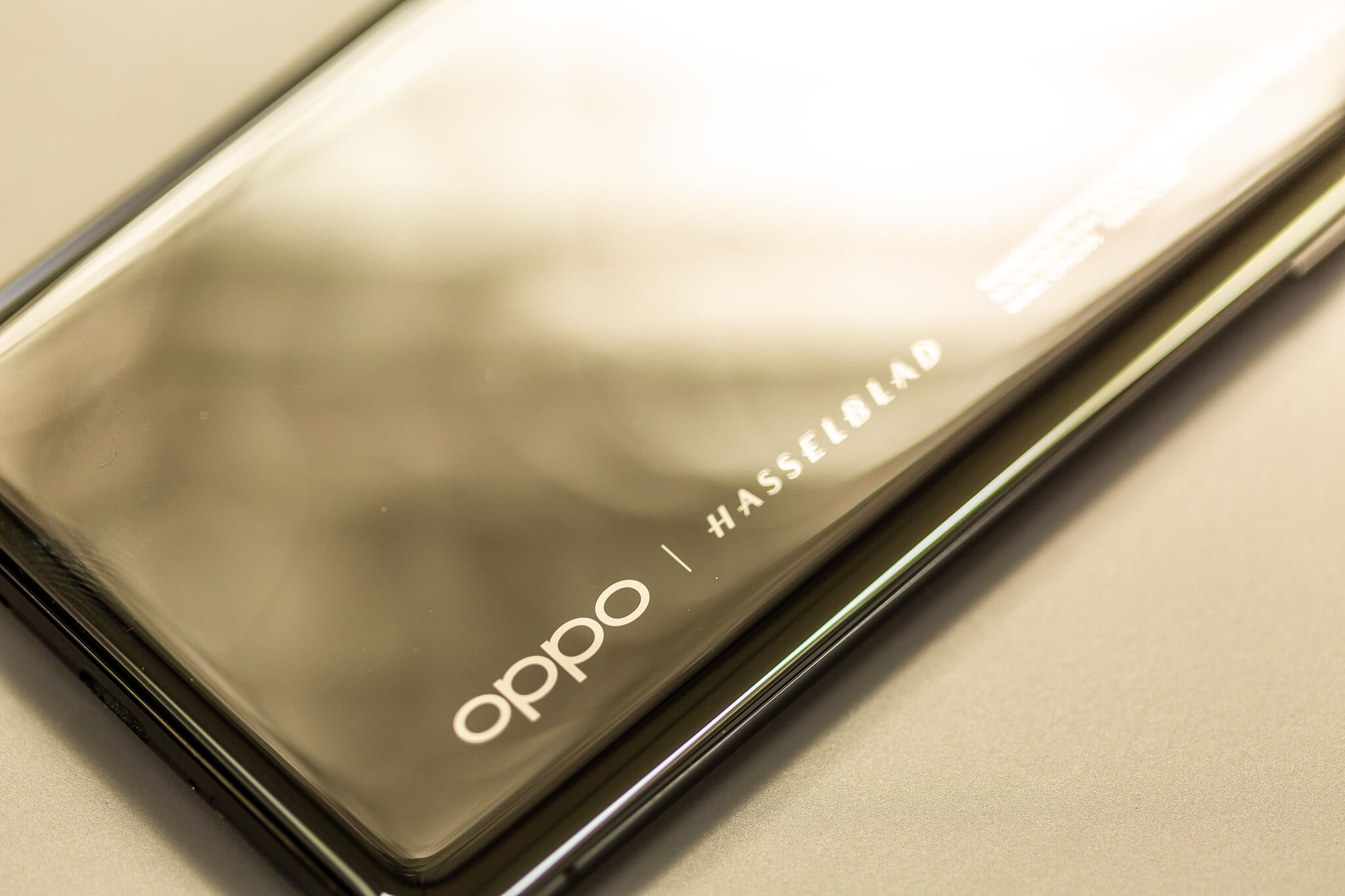 The battery life is stunning, and the design is far more than looks over build quality; it is an absolute tank.

This is why it earns the flagship title and why it competes perfectly against the S22 Ultra and iPhone 13 Pro Max.

OPPO knows exactly what it’s doing with this phone – the combination of head-turning design and an overly generous pre-order package make it rather tricky to resist if you’re in the market for a new flagship Android device.

Claim your free OPPO gifts when you purchase the phone before March 23rd, 2022.