Last week, I set off on the longest trip I’ve made in several years.

Crossing the Atlantic from London Heathrow to Montreal, this was my first venture into Canada. And what a trip it was.

But you’re not here to discover how I eventually tried – and became rather confused by – poutine, or how I accidentally hiked up Mont-Tremblant. You want to know, out of the mountain (excuse the pun) of Apple devices I packed, which one was the best travel companion.

I’ll let you into a secret: I thought it was going to be the M1 MacBook Air.

The battle of the iPads

As I write this blog post in the departure lounge of the Montréal-Pierre Elliott Trudeau International Airport, I’ve got three iPads in my carry-on luggage.

Combined, and with Magic Keyboard cases attached, they’re heavy, annoying, and I want to throw all of them through the window in front of me.

This isn’t the fault of any of the aforementioned iPads. They’re all brilliant in their own right. The iPad mini has been a superb note-taker in the countless meetings I’ve attended this week. I enjoyed using the 12.9” iPad Pro on the train to Heathrow, and the iPad Air was there for me all week when I fancied a break from the MacBook Air.

So, they’re functioning as they should. But no one needs this many iPads. In hindsight, I should have brought just one and measured it against the MacBook.

It would have saved my shoulders, at least.

What about the M1 MacBook Air?

I feel a bit sorry for my favourite laptop.

During this trip, I placed an order for a specced-up, M1 Max-powered 16-inch MacBook Pro. I did so on the MacBook Air, which felt entirely unfair. I hope it wasn’t watching.

As suspected, Apple’s trusty tapered laptop was a dream to use during my time in Canada. I performed most of my day-to-day work on it, but where it really shone was during a frantic dash to the finish line in YouTube land.

On Monday, I had to film, edit, and publish a reaction to Apple’s ‘Unleashed’ event, and the MacBook Air was the only device I had for the task. A slight tweak to my colour grading and rendering routine, and it barely sweated while dealing with the 10-bit, 4K footage from my Sony FX3.

This is the 8GB, 7-core GPU version of the M1, remember. Therefore, if you’re wondering if the base spec MacBook Air can step in as a video editing machine, the answer is a resounding yes. It also reveals just how incredibly impressive the M1 Pro and M1 Max are going to be.

But as impressive as the M1 MacBook Air continues to be, it still wasn’t my favourite Apple device during this trip.

And the winner is…

My favourite device during this entire trip was my iPhone 13 mini. This was for several reasons:

Let’s break down each element above.

I’ve waxed lyrical about the size of the iPhone 13 mini pretty relentlessly, so I won’t bore you with it anymore, other than to say that it is the most conveniently sized smartphone I’ve owned in the last five or so years, and it is an absolute dream when you’re constantly moving.

The camera. Oh wow. To be honest, I’d become rather bored of the iPhone’s camera system, but on this trip, it was the only stills camera I had access to. So, I put it to work.

You can see some of the results on my Instagram profile, but check this out: 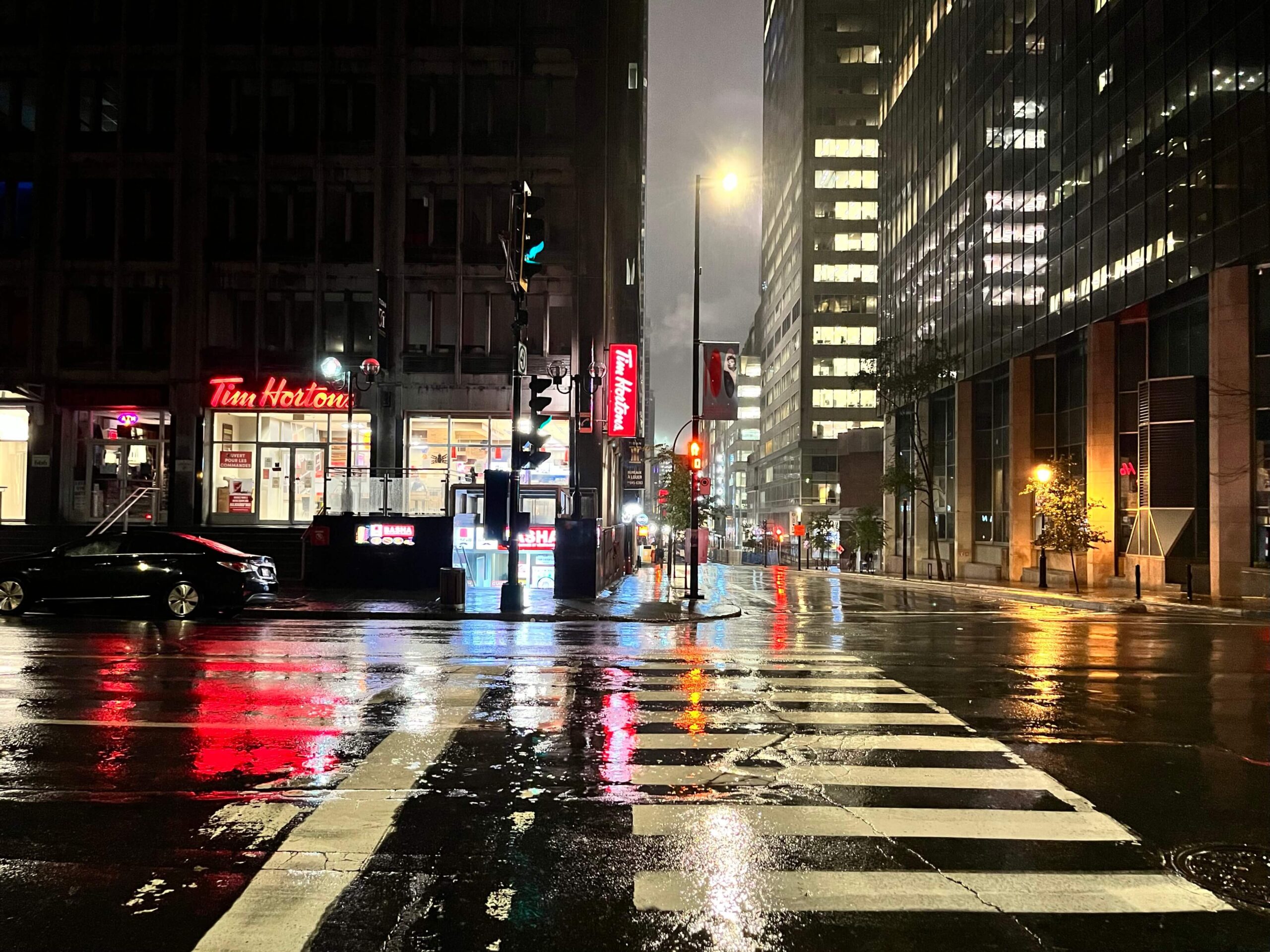 This was taken at about 6:30am by a bleary-eyed, slightly lost foreigner (me). It was, of course, handheld, but wasn’t treated to any edits – bar a slight straightening of the horizon. This would take me ages to reproduce with my expensive DSLR.

If you’re holding off buying an iPhone 13 mini because of fears the battery won’t get you through the day, don’t sweat it – just buy one.

There were several days this week when my iPhone left its charging station at 6am and didn’t return to the hotel room until around 10pm. Each time, there was at least 20% battery remaining – I never once had to reach for my MagSafe battery pack.

Once again, I think the standby time is the winner here; Apple is doing some very clever stuff behind the scenes to keep this little beast chugging along all day.

Lastly, whenever anyone spotted my phone they wanted to know more. “Is that the little iPhone?” one person asked. “Oh wow, you’ve got the iPhone 13 mini? Let me take a look!” said another.

Without fail, they’d be impressed. The size, weight, and surprisingly voluminous screen size were all winners. Some people even vowed to ‘downgrade’ the size of their screen in future – after just 30 seconds holding my iPhone 13 mini.

What a device this is. Honestly – I’m going to get more boring about the iPhone 13 mini than I have about the M1 MacBook Air or M1 Mac mini.