Apple has launched three superb products this year, and I wasn’t expecting any of them.

At the top of the list is the awesome, stupid, and immensely aspirational Apple Watch Ultra. No one needs it, and those who think they do will immediately send it back when they realise the battery won’t last as long as their 15-year-old Garmin during a proper multi-day hike. It is Apple at its most ludicrous best and I’m head over heels in love with mine.

In a very close second place is the inimitable second-generation AirPods Pro. I’m still trying to work out whether Apple completely misjudged the potential reaction to these earbuds or knew exactly what it was doing. Universally praised for being better than their predecessor in every conceivable way, these new AirPods Pro should be an insta-buy for pretty much any iPhone owner.

In third place? Well, I really didn’t see this one coming. I don’t think anyone did, to be honest. It’s the brand-new Magic Keyboard Folio which is only compatible with the utterly bizarre 10th-generation iPad.

A wry smile from Microsoft, no doubt

As my podcast co-host, Rob, pointed out, the Magic Keyboard Folio essentially turns the 10th-generation iPad into a Microsoft Surface (albeit with a “gimped OS” – his words, although I know exactly where he’s coming from).

It really does. Rather than the laptop-like clamshell you get with the standard Magic Keyboard, the Magic Keyboard Folio features a kickstand behind the iPad. Glance at it quickly when placed on a table, and you’d be forgiven for thinking that Microsoft has decided to start offering its Surfaces in Apple White. 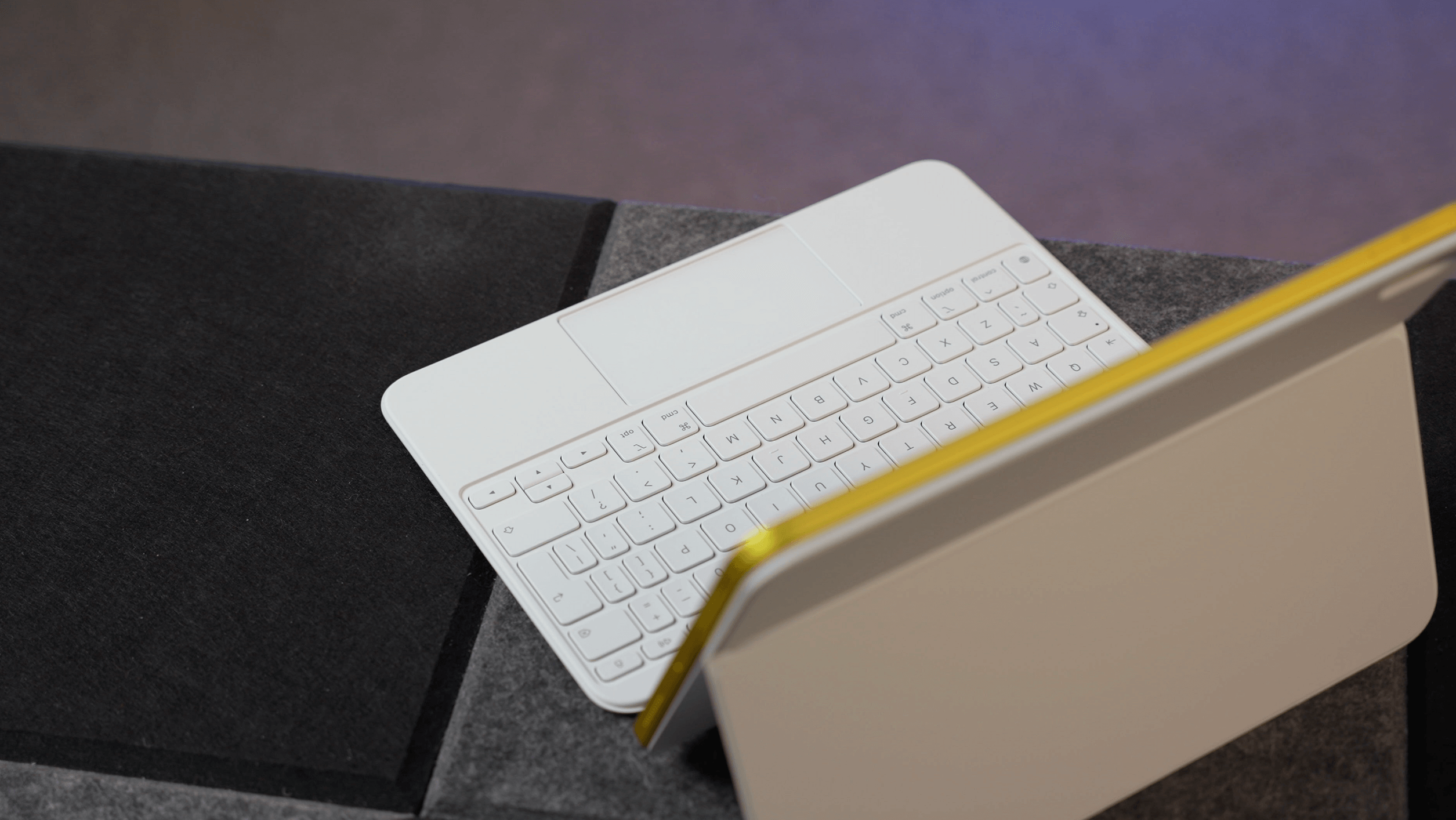 This must amuse the design team at Microsoft – and, indeed, fans of the Surface – a great deal. For years, Apple has eschewed design cues whose origins could be even remotely linked to Microsoft’s tablet-laptop hybrid.

You can imagine the meetings at Apple.

“Guys, why don’t we, uh… why don’t we just, you know, add a kickstand to the Magic Keyboard?” utters a nervous voice from the back of the room.

“No, I’m serious. Plus, it’s 9am. Look, if we add a kickstand, it gives us the chance to do so much more with this thing. We could make the keyboard detach-“

“Dave – give over. This isn’t going to happen. If you keep talking, the ‘M’ word is inevitably going to come into the conversation, and you know what that means. Yeah, I’m not joking – you’ll be sent to the Break Room.”

The brilliance of the Magic Keyboard Folio

There are two reasons the Magic Keyboard Folio is Apple’s most unexpected hit of the year.

The first is the detachable keyboard, which is something I’ve always yearned for on the Magic Keyboard. The ability to quickly whip the keyboard out of the way to make room for your lunch, or to just ensure the iPad rests comfortably on a plane seat tray, is as wonderful as you imagine it might be. 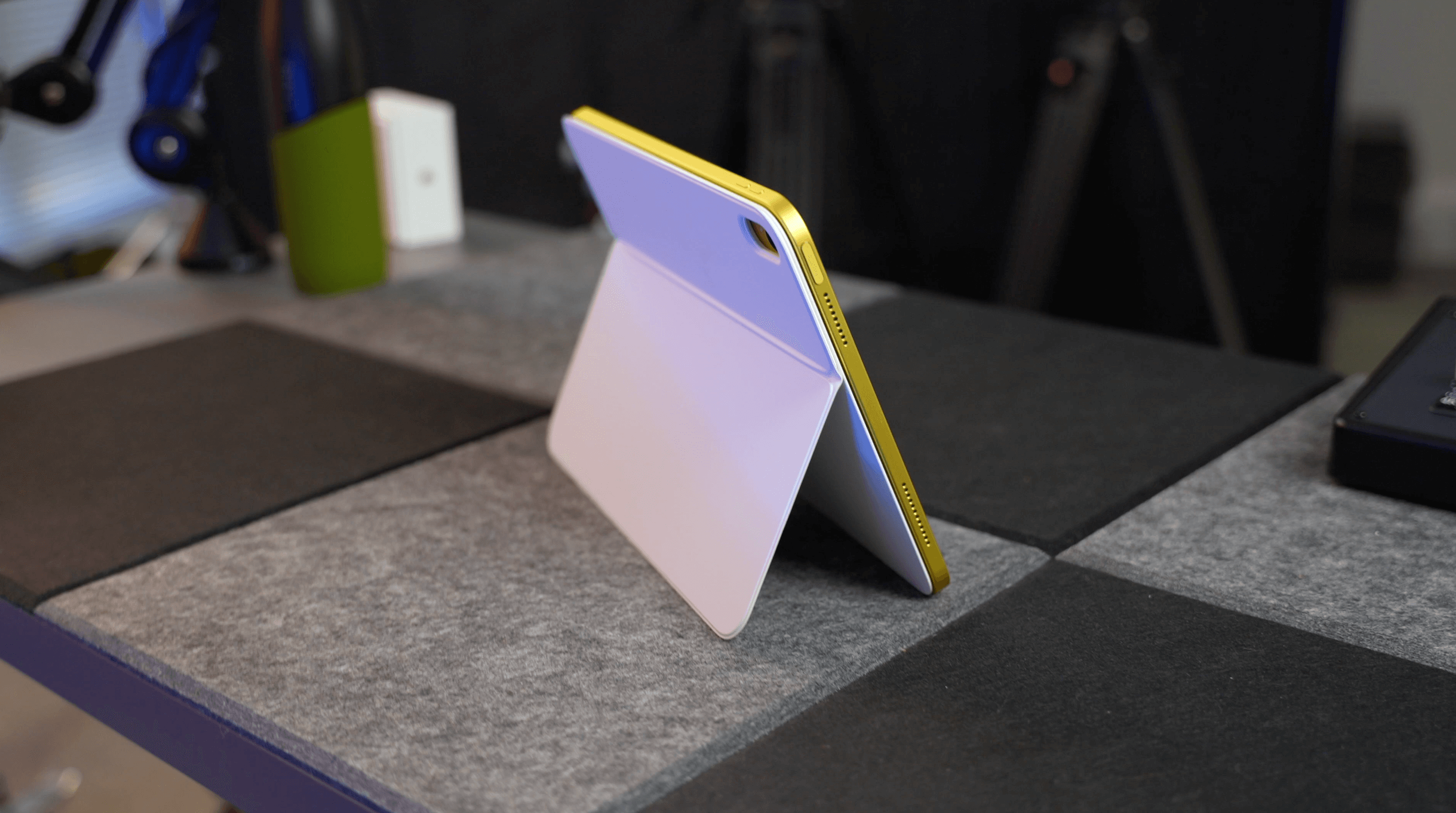 In this mode, the iPad retains that brilliant kickstand, too, which means you’ll rarely if ever feel inclined to detach the iPad from its protective cover.

Then, we have the function key row. How long have we waited for this, Tim? How many times have we heard the cries of Magic Keyboard owners as they discover third-party alternatives with function key rows for half the price? Keys assigned to screen brightness, media controls, Spotlight, and the constantly useful Escape command should be available on an Apple-branded iPad keyboard.

These unique features join an already fantastic keyboard (it is identical to the one on the Magic Keyboard, which is a very good thing indeed) and, as you might expect, one of the best trackpads in the game (which is oddly larger on the Folio than the Magic Keyboard version).

It also goes some way to earning its ‘Magic’ moniker, because, just like the Magic Keyboard, the Folio doesn’t saddle the user with any Bluetooth tomfaffery. You just attach it magnetically and away you go. Power is also delivered via the iPad, therefore there’s no charging to worry about, either.

When it comes to convenience, design, and functionality, this is Apple at its best. What a shame it’s only designed for the wrong iPad.

Oh, and it works on your lap!

Some have suggested that the Magic Keyboard Folio’s biggest issue lies in its Microsoft Surface impression. That kickstand, you might be told, ain’t any good for lap use.

I completely disagree. You can happily use the Magic Keyboard Folio on your lap. It rests comfortably, you can still angle it to any degree you like, and it’s perfectly stable while bashing away on that lovely keyboard.

So, if you’re holding back buying one of these because you’re worried it won’t serve you well in traditional laptop mode, I can put your mind at rest: it is absolutely fine.

Final thought – what needs to happen next

The Magic Keyboard isn’t perfect. It’s too expensive, only comes in white (which unfortunately doesn’t age particularly well in my experience), and is only compatible with the most pointless iPad in the lineup. But it would be unfair to ignore its brilliance for those reasons. 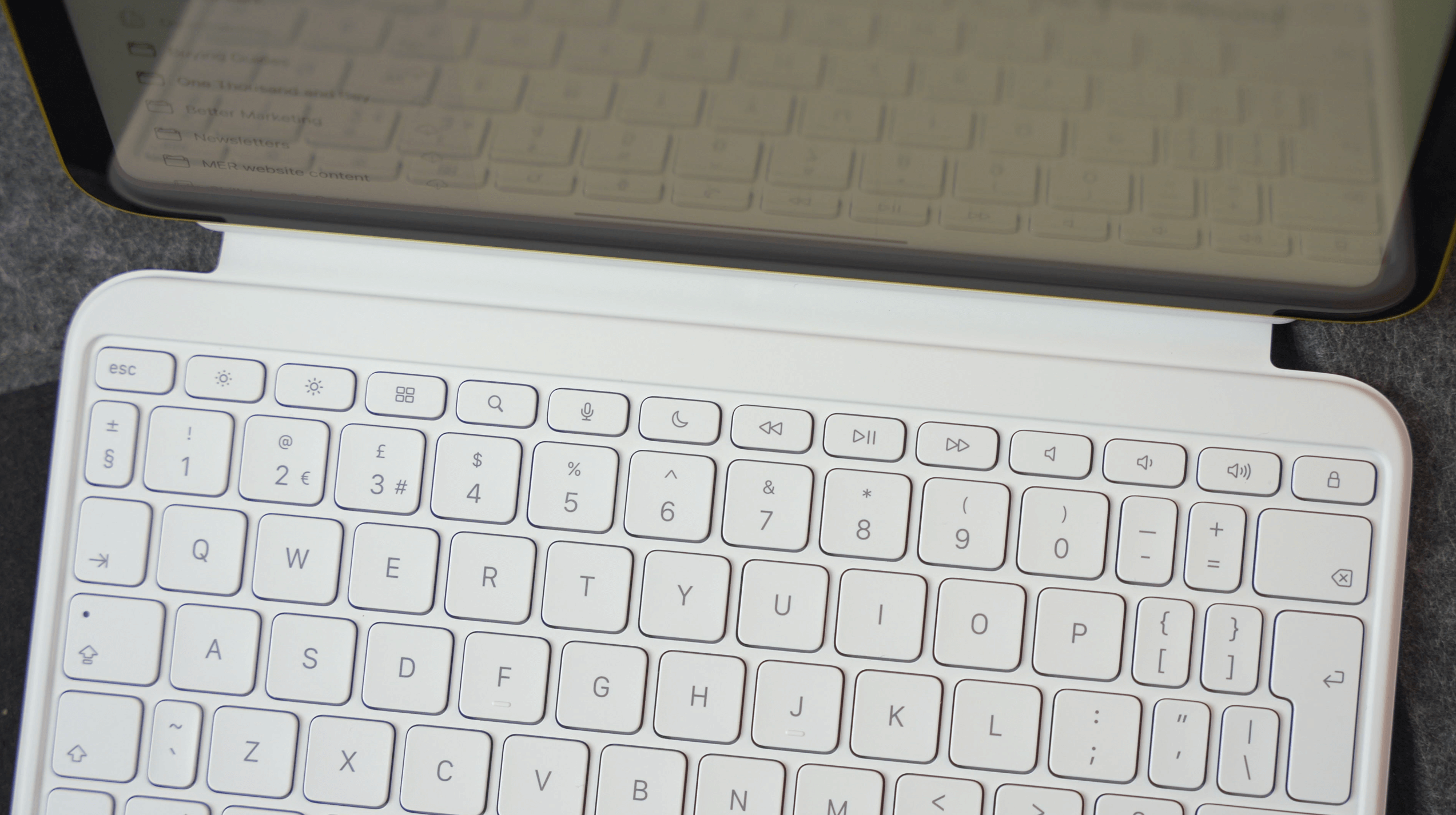 The new features will come to future iterations of the Magic Keyboard, I’m sure. We are, therefore, gaining a glimpse into the future of official iPad input accessories, albeit in the strangest, most frustrating of ways.

Apple should have updated the entire line of Magic Keyboards with the function row, at the very least. There should also be Folio options for every iPad; I don’t accept supply constraints or converging product timelines as an excuse, I’m afraid – not for a company with resources as colossal as Apple’s.

I’ll stop throwing shade at Tim and co. for now, though, because they really have knocked it out of the park with this one. A very well-deserved third place in my hastily concocted Apple Product of the Year Awards is heading the way of this brilliant iPad accessory.