Look at What My iPhone 13 mini Did to My 16-Inch MacBook Pro!

Look at What My iPhone 13 mini Did to My 16-Inch MacBook Pro!

Last year, I threw my iPhone 13 mini down the toilet.

Every time I enter that bathroom, I look at the towel rail from which my little phone was unceremoniously flipped into the air and wonder how on earth I did it. On reflection, it was a much harder thing to do than not do.

I am, therefore, an idiot.

It wasn’t the first time I’d inadvertently sent my new iPhone 13 mini hurtling towards a hard surface, either. A couple of weeks prior to its brush with porcelain, I’d knocked the little smartphone from the top of a treadmill onto the revolving surface below.

On both occasions, it emerged completely and unfathomably unscathed.

It happened again this week.

Only, this time, something else came off worse.

The first dent is the deepest

It was nearing the end of a long day when I sat back and allowed lesson five of my forthcoming video editing Skillshare class to begin rendering on my 16-inch MacBook Pro.

As the progress bar began to fill, I reached over to my iPhone, which was sitting conveniently next to the laptop.

A bit like the toilet episode, what happened next seemed to take place in slow motion.

As I grabbed the iPhone 13 mini, the attached MagSafe Wallet slipped from the grasp of its magnet. This loosened the grip on my phone, sending the glass surface on the rear of the device sliding across my outstretched fingers.

It didn’t stop sliding; I could do nothing but watch as the entire phone eventually escaped my grasp entirely and sent itself hurtling towards the keyboard surface of my 16-inch MacBook Pro.

From what I remember, the phone ‘kissed corners’ with the MacBook, before landing, screen-down on the black keyboard surface.

I knew this was a bad one. As I looked down nervously at the MacBook Pro, I immediately spotted the point at which contact had been made. A freshly-cut gouge from the edge of the laptop was now present, caused by the impact of the iPhone.

It wasn’t huge, and after a bit of fingernail polishing, it was greatly reduced. Despite this, the first cut really is the deepest when it comes to damaging brand-new, expensive tech like this, and I’m not afraid to admit that I’m still trying to avoid staring forlornly at it every time I approach my MacBook Pro.

I’ll get over it. This kinda thing adds character, right?! 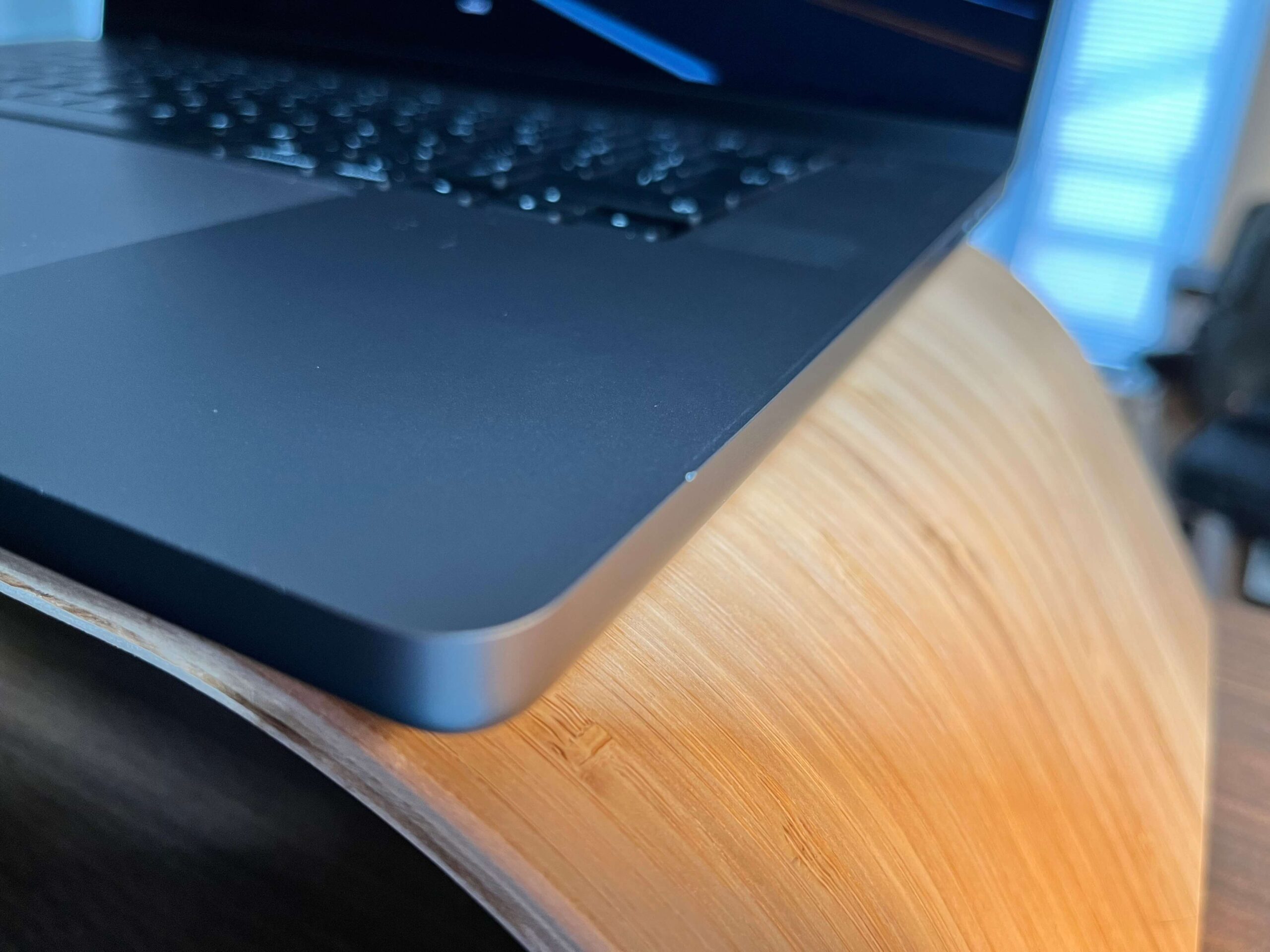 But what about the iPhone?

As I lifted the iPhone 13 mini from its eventual resting spot on the MacBook Pro’s keyboard, it was with a sense of grim acceptance.

This was it; I’d mistreated my iPhone once too often and, this time, I’d pay for it. Not only would I end the day with a slightly damaged 16-inch MacBook Pro, but it would also be topped off with a similarly dented iPhone (and probably a smashed screen, to boot).

As I nervously turned the iPhone around in my hands, I couldn’t believe what I was seeing. There wasn’t a mark on it. No dent on the edge. No noticeable scratch on the screen.

No damage anywhere, at all.

I’ll admit that I’d rather this sorry episode had transpired the other way around. There’s little competition when it comes to damaging a £679 iPhone versus a £3,699 MacBook Pro, after all.

But I couldn’t help but be impressed.

What do you have to do to break an iPhone 13 mini? Mark my words – this was a catastrophic event; the iPhone hit my laptop with sickening velocity. The noise it made at the point of contact was teeth-grindingly uncomfortable and expensive-sounding.

Clearly, as demonstrated by my MacBook Pro, it was enough to carve out an indelible mark in anodised aluminium. Yet, beyond the hairline scratches every smartphone picks up when not protected by a screen protector, my iPhone 13 mini looks as new as the day I bought it.

As pissed off as I am about my MacBook Pro, I remain constantly impressed by this little champ of a smartphone.

And I promise I’ll stop throwing it around.

Come on, make me feel better. Tell me how you’ve damaged your own gear (Apple or otherwise).

Share your own stories of inadvertent dings, dents, and scratches in the comments, below!