Is This the Ugly Truth Behind the Apple Watch Series 7?

Is This the Ugly Truth Behind the Apple Watch Series 7?

I’d like to issue an apology to Jon Prosser.

Up until last night, this blog post had the working title ‘Have the Apple Leakers Finally Leaked Too Much?’. I was going to have a pop at him and the fact that the leaking industry appears to have become a completely unreliable caricature of itself.

Also, in my coverage of the California Streaming event earlier this week, I wrote:

Those rumours turned out to be completely bogus. Which, incidentally, was a theme running throughout yesterday’s event; are the days of Jon Prosser and his increasingly desperate attempts to deliver a barnstorming early product reveal coming to an end?

Then, just before bed last night I watched his reaction video to the Apple Watch Series 7 reveal.

It held me right until the end. And, ironically, I think he’s onto something.

Leading up to this week’s event, the rumour mill had all but confirmed exactly what the next Apple Watch would look like.

Just like the iMac, iPhone, and virtually the entire iPad lineup, the new Watch would be treated to a flat, square design.

Thanks to a render by Prosser’s mate, Ian, this new design aesthetic appeared to suit Apple’s wearable very nicely indeed. 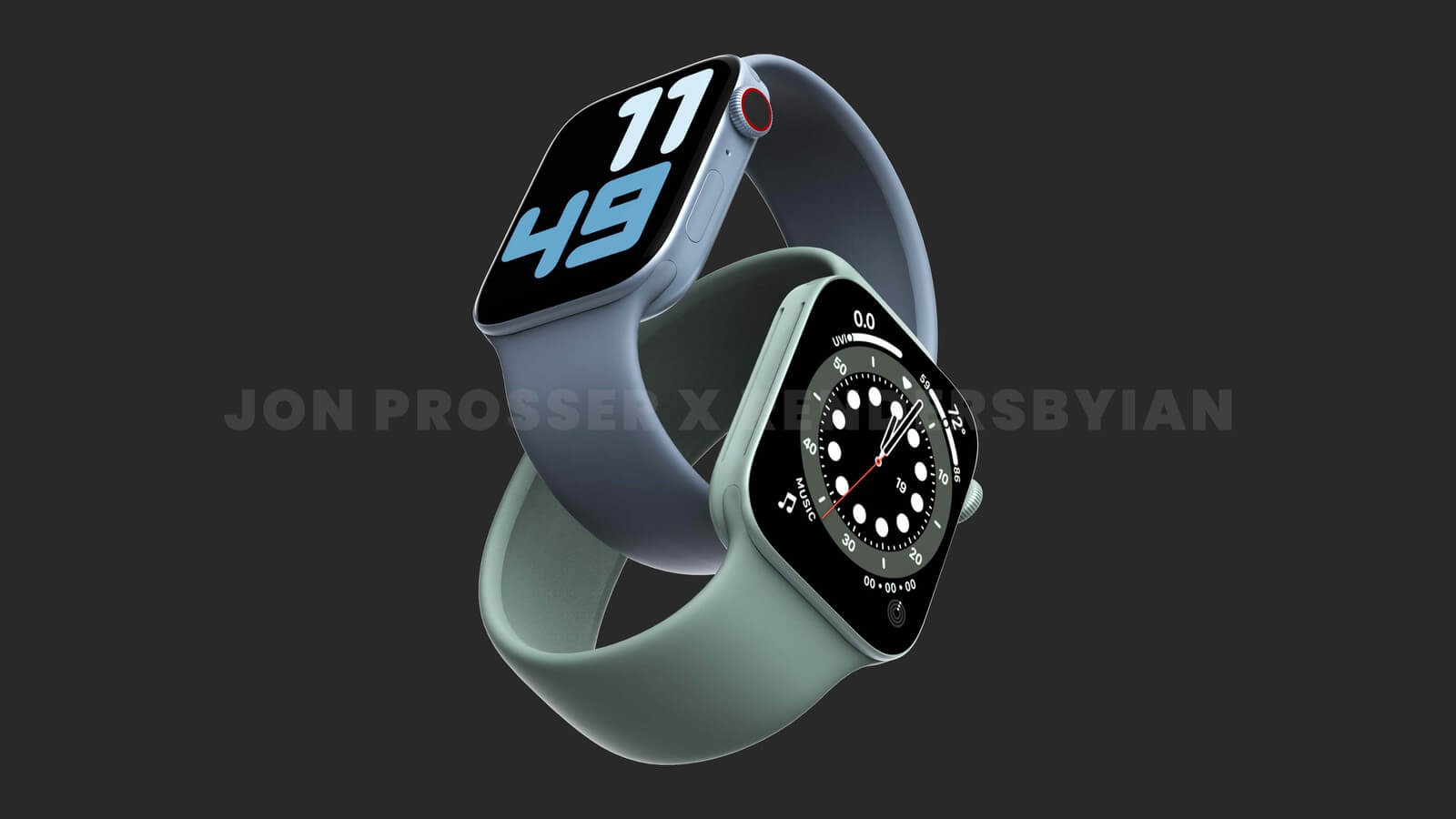 Every leaker had picked up on this story. It started way back in September last year, when Apple Analyst, Ming-Chi Kuo, suggested that we’d see a redesign of the Apple Watch in 2021.

Then, in May 2021, after a dearth of Watch-related rumours, Prosser posted the image you see above. Mark Gurman got in on the act as well, and later corroborated Prosser’s reports of a new flat-edged design.

What we got on Tuesday was nothing like the renders. It was essentially a Series 6 with a slightly bigger, more curved screen.

So. What went wrong?

If you can’t be bothered to watch Prosser’s video, I’ll save you the trouble and provide a quick synopsis.

He doesn’t think the entire leaking industry was somehow duped by Apple (neither do I, on reflection). No, Prosser believes that serious production issues forced Apple to launch a ‘Frankenstein’s Monster’ Apple Watch in a desperate attempt to save face.

The device we were shown on Tuesday, suggests Jon, was a hastily cobbled-together, mild update which did indeed feature a slightly larger screen… but pretty much nothing else. It was, basically, all Apple could muster in the light of whatever went wrong on the production line for the brand-new design.

I think he’s onto something.

The clues are there

I didn’t realise this, but the S7 chip in the new Apple Watch is apparently nothing more than an S6 with a new stamp on it. If true, that explains why there was zero mention of its capabilities during the presentation.

No performance details. Nothing.

Prosser also highlighted the video transition that was used to shift from the iPad segment to that of the Apple Watch during the California Streaming event.

There wasn’t one. Or, at least, it was about as simple a jump cut as you’re ever likely to see (and, therefore, unlike every other mind-binding, drone-infused transition which is now the hallmark of Apple’s pre-recorded events). You can spot it at the 21:19 mark if you fancy dissecting it. Was the entire Apple Watch segment hastily squeezed in at the last minute?

Then, there’s the more obvious stuff. For instance, why are we yet to receive a firm release date? Beyond the first Apple Watch, I can’t remember a time when we weren’t given exact pre-order and shipping dates for this particular device during its launch event.

In his reaction video, Prosser suggests that this is because production hasn’t even started yet for the Series 7. I find that hard to believe, but something has clearly gone massively wrong.

When will we get the new design?

It’s important to note that, again, much of the post-event analysis about the Apple Watch Series 7 is based on rumours and fuelled by what is clearly a significant amount of frustration on behalf of Prosser and co.

I’m inclined to believe that something wasn’t right this year, though. As always, we haven’t heard Apple’s side of the story (we never will), which is why everything Prosser says needs to be taken with a huge pinch of salt. There’s a chance that the Series 7 was always going to look like this.

It has put me off the Series 7 a little, though. If this really is a rushed-to-market backup product, why should any Series 6 owner pay the upgrade price?

I’ll probably wait a year. But what about you? Are you going for the mildly redesigned Apple Watch Series 7? And do you believe the postmortem? Get involved in the comments!