It bothers me that so much of the spotlight is swung the way of the iPhone Pro. Because, often, the real battle for consumer attention – and, consequently, the toughest buying decision – stands at the other end of the stage.

I have an iPhone 13 mini and an iPhone SE (3rd generation) in front of me. The former somehow managed to rejuvenate my love for the iPhone and the latter is one of the strangest Apple products on the market.

Since reviewing the new iPhone SE, it has become clear that plenty of people like its simplicity, the inclusion of Touch ID, and even the ageing design. But with the iPhone 13 mini in reaching distance for some iPhone SE buyers, I think a simple comparison between the two is in order.

Is it worth dipping a little deeper into your pocket to buy the iPhone 13 mini, or is the iPhone SE the one for you? 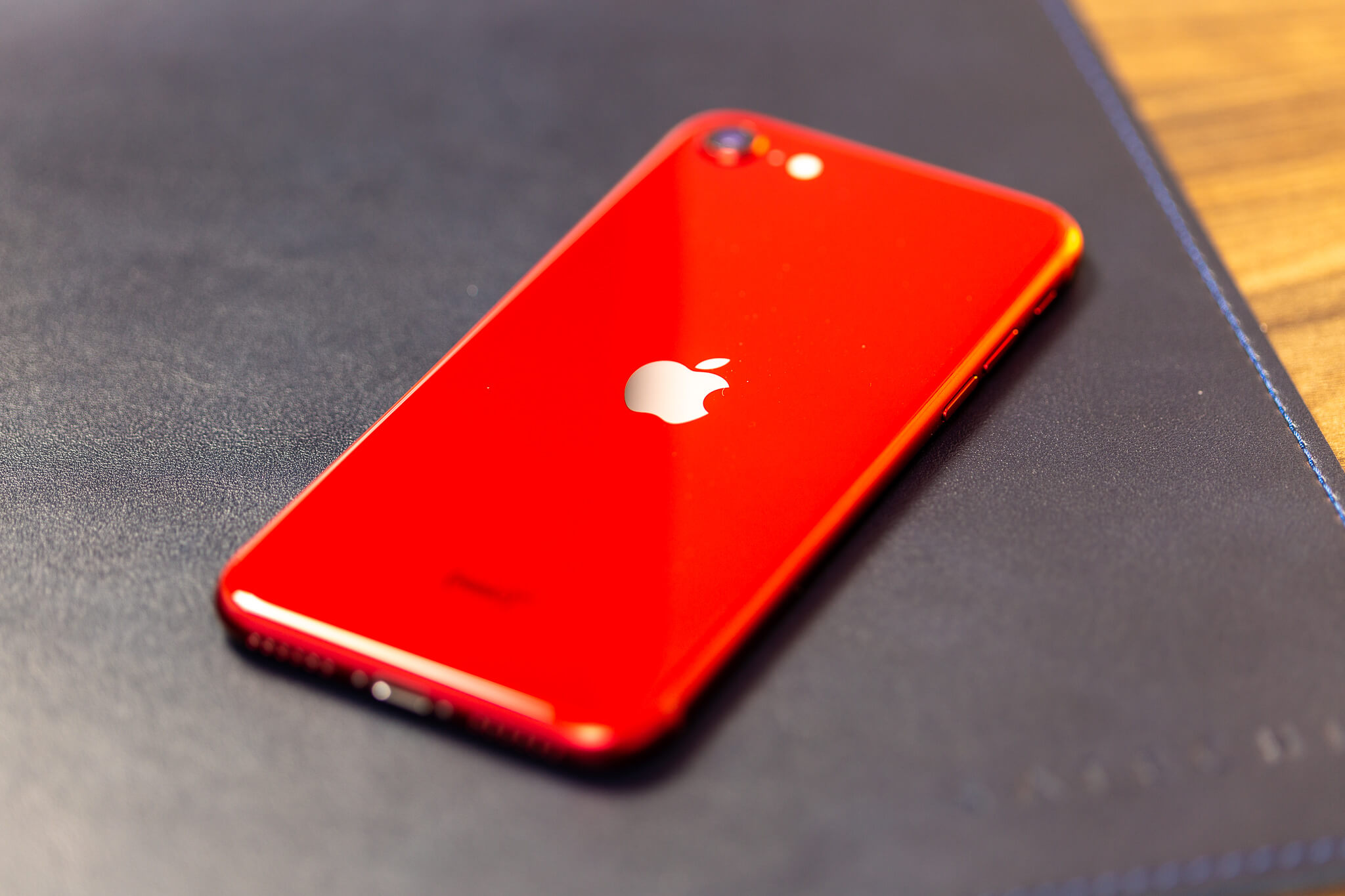 As far as spec options go, they’re both typically Apple – you simply get to choose the colour you want, along with the storage capacity. The iPhone SE’s colour pallet is rather underwhelming, and limited to Midnight, Starlight, and (PRODUCT)RED, versus the iPhone 13 mini’s six slightly more vibrant colour options.

When it comes to storage, the iPhone 13 mini can be specced up to 512GB, whereas the iPhone SE tops out at 256GB. Their starting points are 128GB and 64GB, respectively, thus leaving the base model iPhone SE languishing in storage management hell for many people. Isn’t it time the 64GB option died a death, Apple? 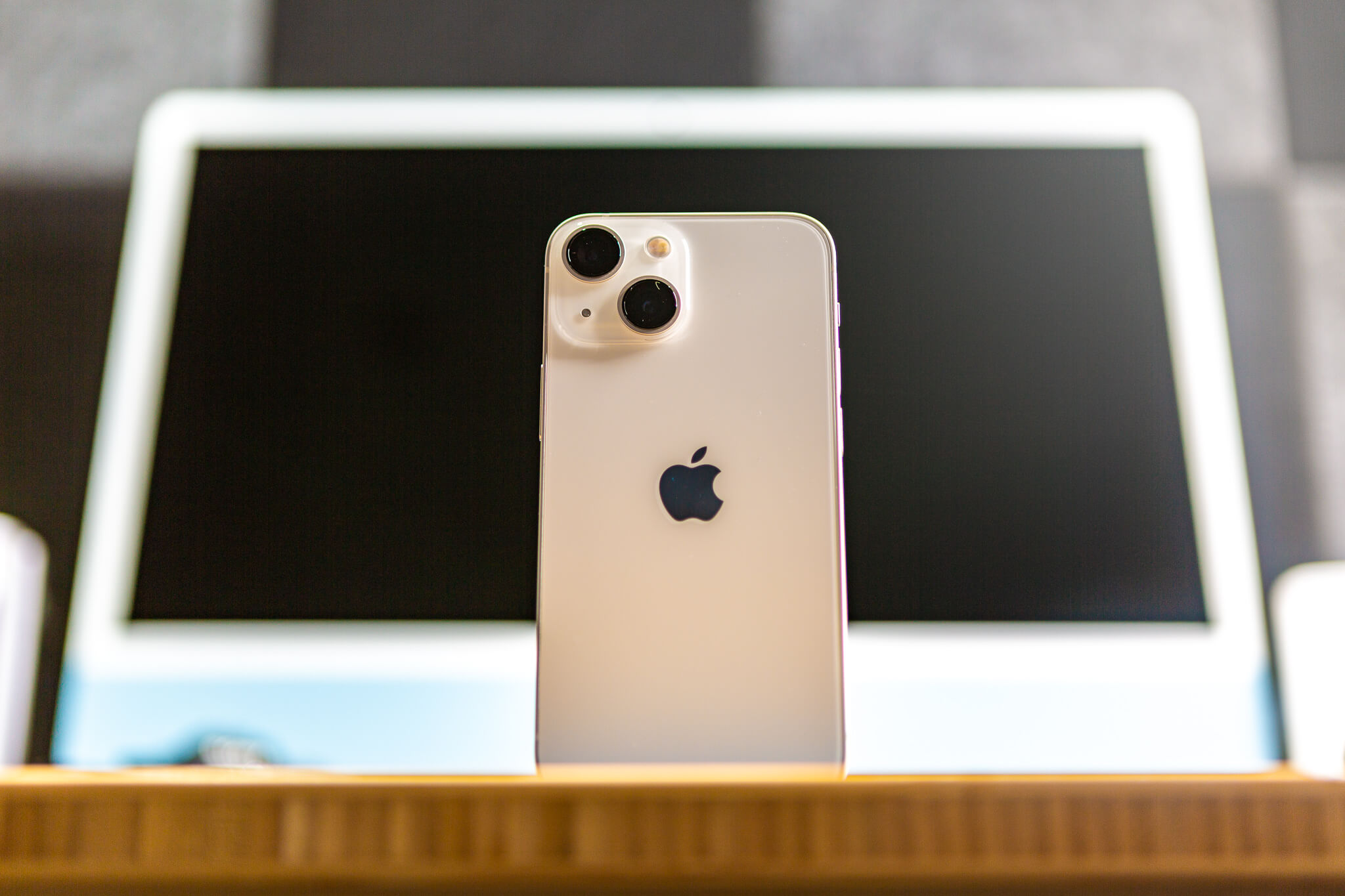 Oh, and when it comes to the chip, they are identical. Both phones feature the brilliant A15 Bionic and 5G support.

So, the base model iPhone 13 mini fetches a £260/$270 premium over the iPhone SE. But what do you really get for that extra spend? And is it worth it?

The design and display

This is where things get a bit weird. 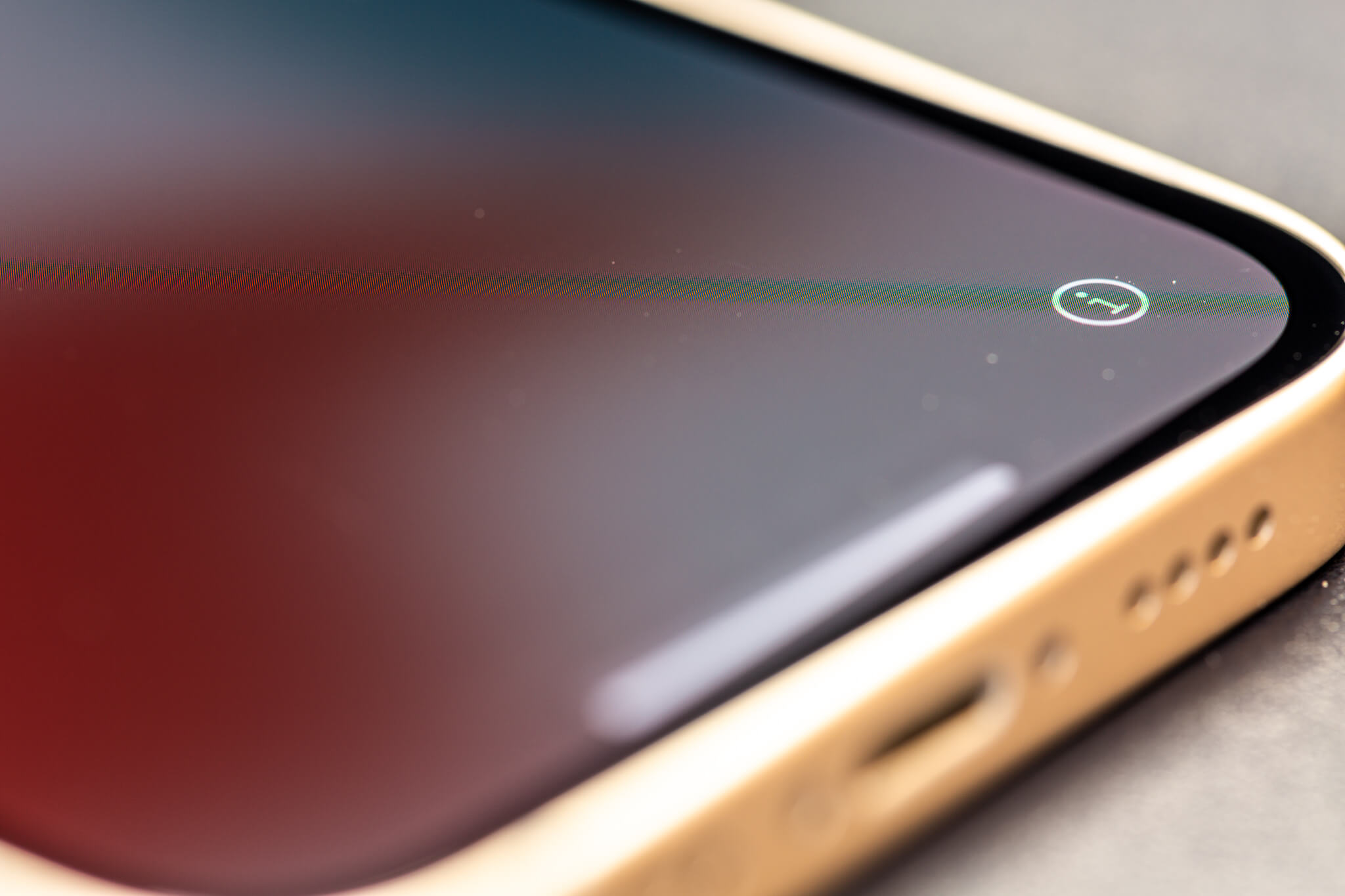 But the iPhone 13 mini packs a larger screen than the iPhone SE, thanks to those smaller bezels and the removal of the Touch ID home button.

In fact, the iPhone 13 mini’s 5.4-inch screen trounces the iPhone SE’s in every department. It’s OLED (the iPhone SE remains LCD) and therefore features deeper blacks, and the 800 nits of max brightness make it far easier to read in direct sunlight. The iPhone 13 mini also has a much higher contrast ratio, greater PPI for improved sharpness, and HDR capabilities.

For those who care about their numbers, it’s also worth noting that the iPhone SE only has a 720p panel, versus the 1080p display of the iPhone 13 mini. 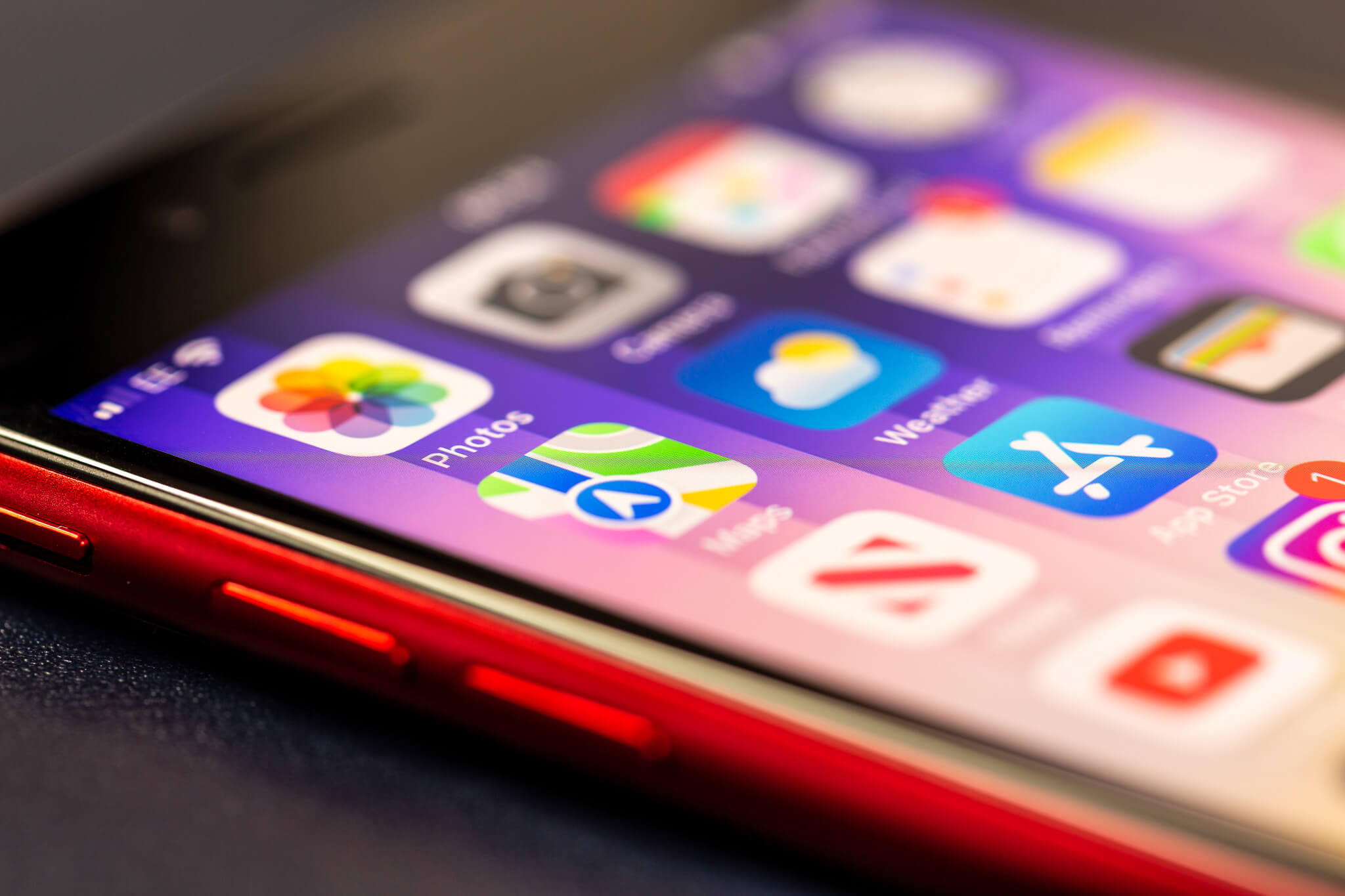 Both phones are great one-handed devices – something that will be comforting for anyone who has struggled with the trend for gigantic handsets. Although, I’d note that the rounded edges of the iPhone SE do feel rather more comfortable versus the iPhone 13 mini’s chiselled, chunky design.

At least they’re both built like tanks, which is what you’d expect from Apple.

The iPhone SE features just one 12MP wide camera with an f1.8 aperture. It’s ok – it’ll take decent photos and – thanks to Apple’s A15 Bionic chip – do so without any form of shutter lag or annoying image processing time. Like most iPhone cameras,  it’s a solid performer (you can see it in action in my iPhone SE video review). 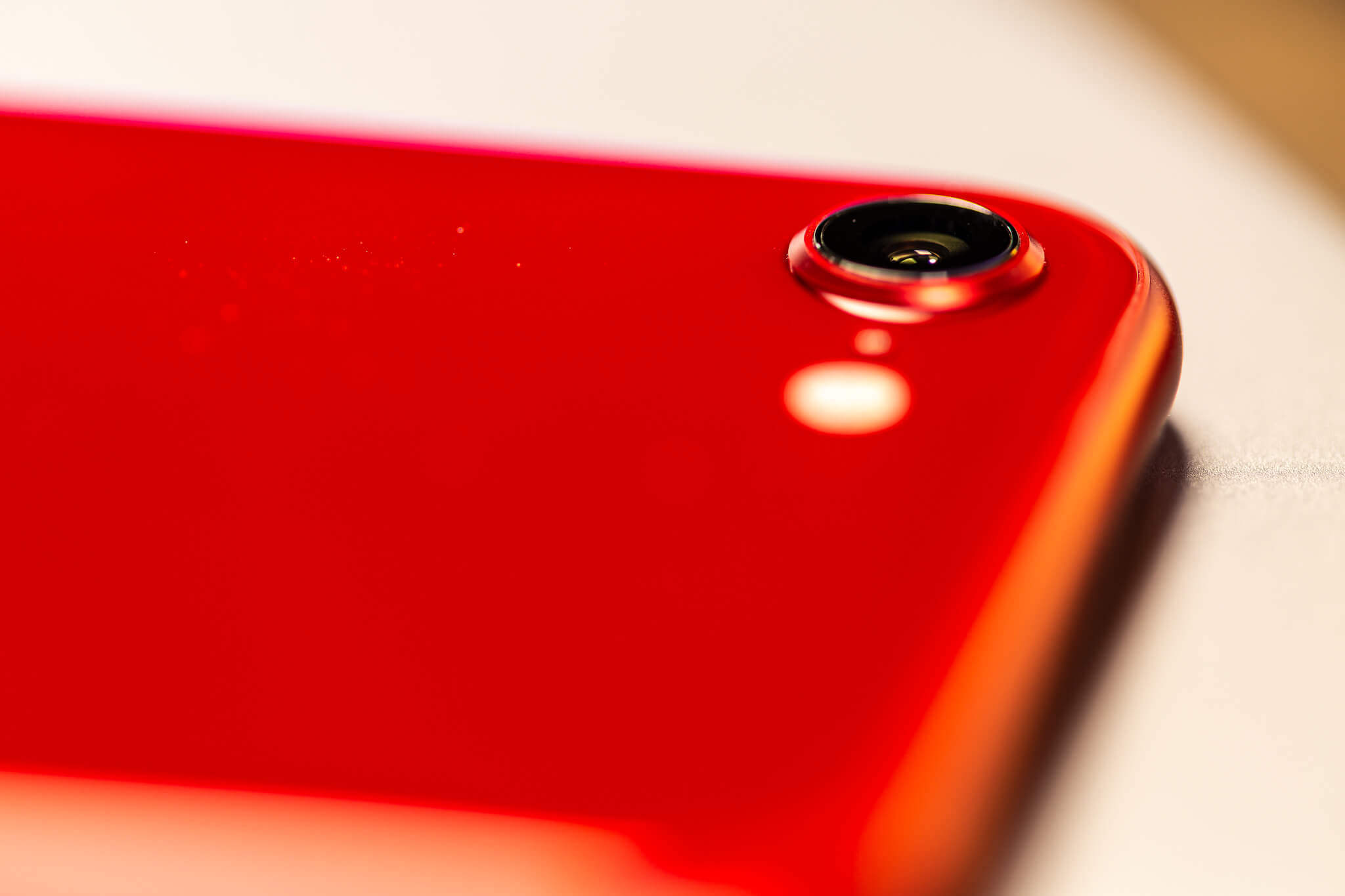 You also get night mode on the iPhone 13 mini, along with sensor-shift optical image stabilisation, and cinematic mode for video shooting. It is one of my favourite smartphone cameras, and you can see exactly what it’s capable of in my iPhone 13 mini video review. 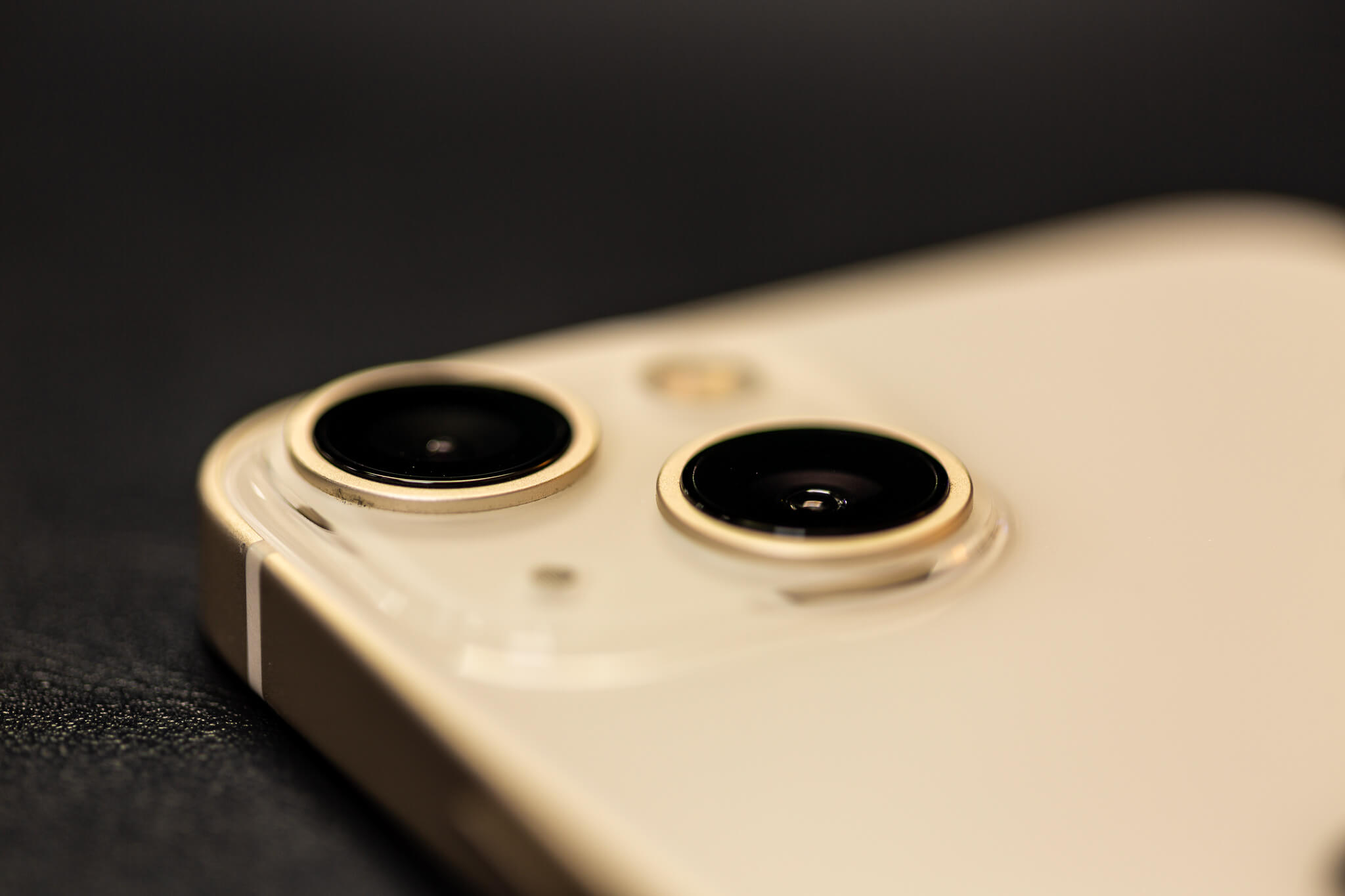 There really is no comparison, and for iPhone shooters, the extra spend required for the iPhone 13 mini will be a no-brainer.

The iPhone 13 mini features MagSafe. The iPhone SE doesn’t (although I firmly believe Apple should have included it in the 2022 model). 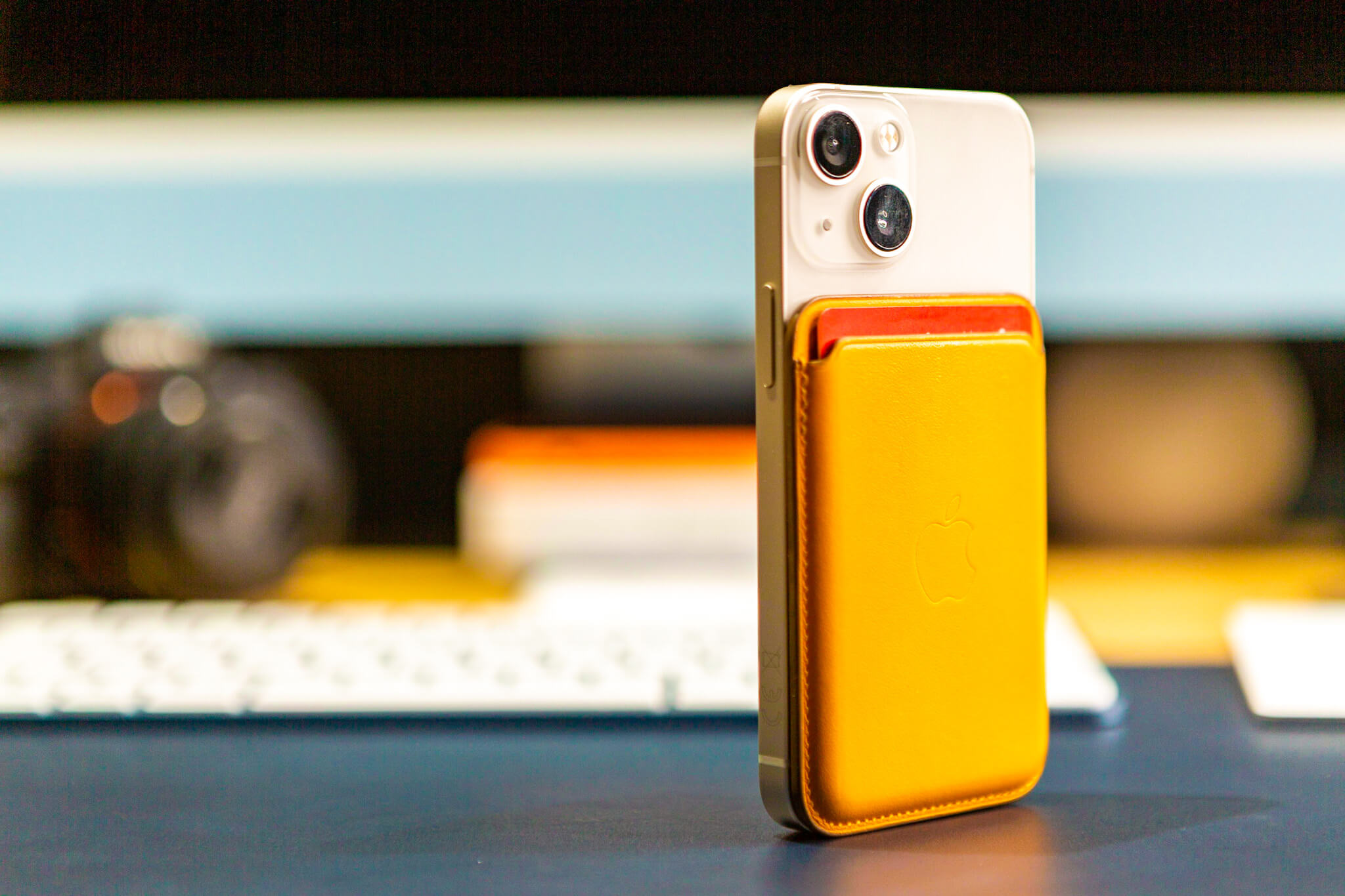 I’ve completely had it with lightning. Thanks to literally every other piece of battery-powered tech I own being chargeable via USB-C, Apple’s proprietary charging method is incessantly annoying and inconvenient. Charging via MagSafe is therefore always my first port of call (although it should be noted that the iPhone SE can also be charged via Qi wireless).

I’m a big fan of the MagSafe Wallet, too. It has rid me of the need to carry my traditional wallet around and consequently reduced my daily carry to… well, nothing more than my iPhone.

MagSafe probably isn’t worth the iPhone 13 mini’s premium alone, but it’s one of those features you sorely miss when it’s not there.

This is entirely a personal preference, but, for some, will dictate exactly which phone they go for. 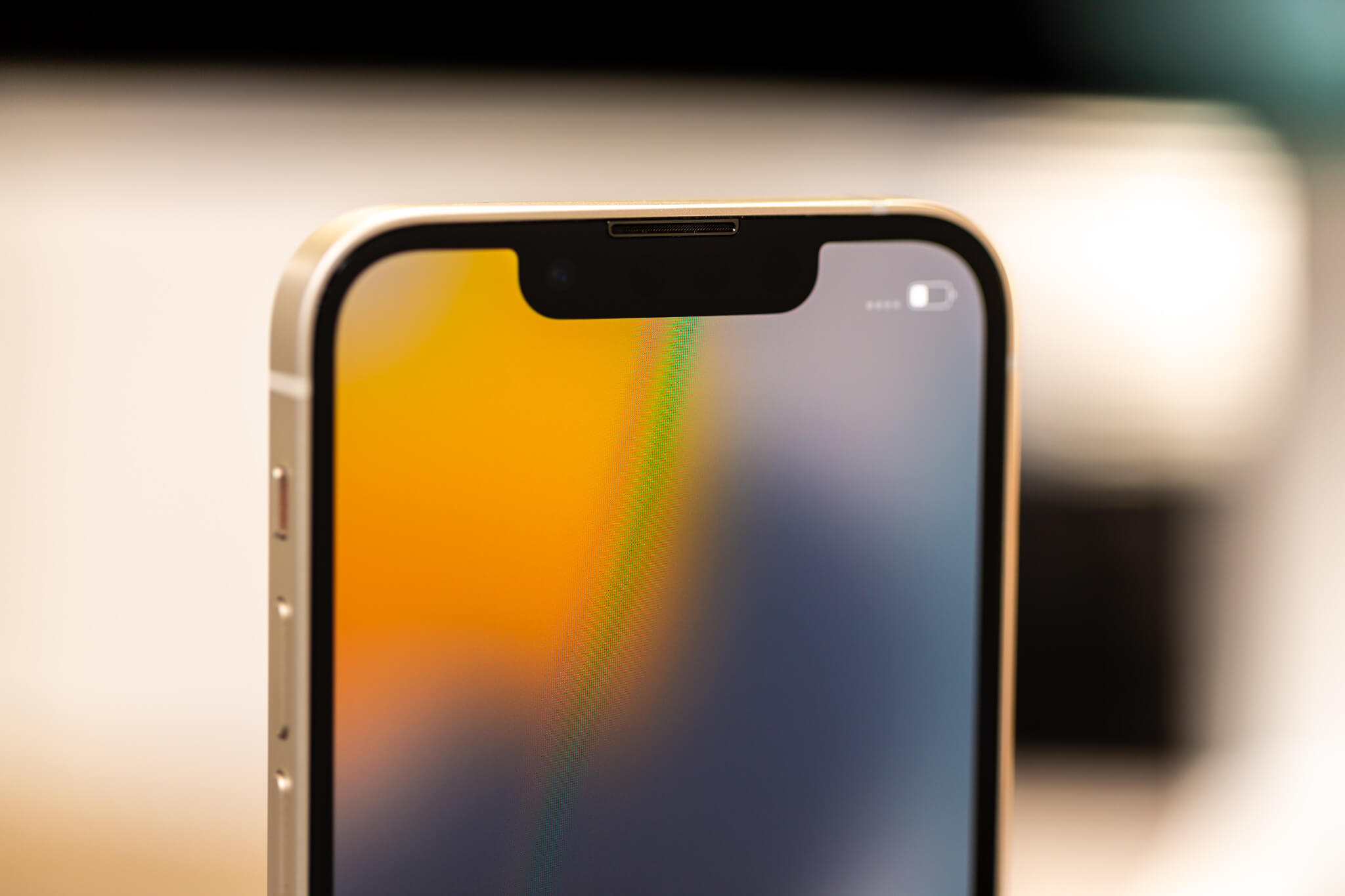 Face ID on the iPhone 13 mini is convenient but results in the notch (something that has never troubled me, but which continues to attract much derision from certain corners of the internet).

By comparison, the Touch ID sensor on the iPhone SE feels rather archaic – until you start using it.

You see, I’ve been dipping my toes in the world of Android phones recently, and most of them feature ultrasonic fingerprint sensors beneath the screen. I’ve therefore become entirely comfortable reverting to my thumb for biometric security, instead of my face. It doesn’t feel old-fashioned. If anything, it feels more secure. 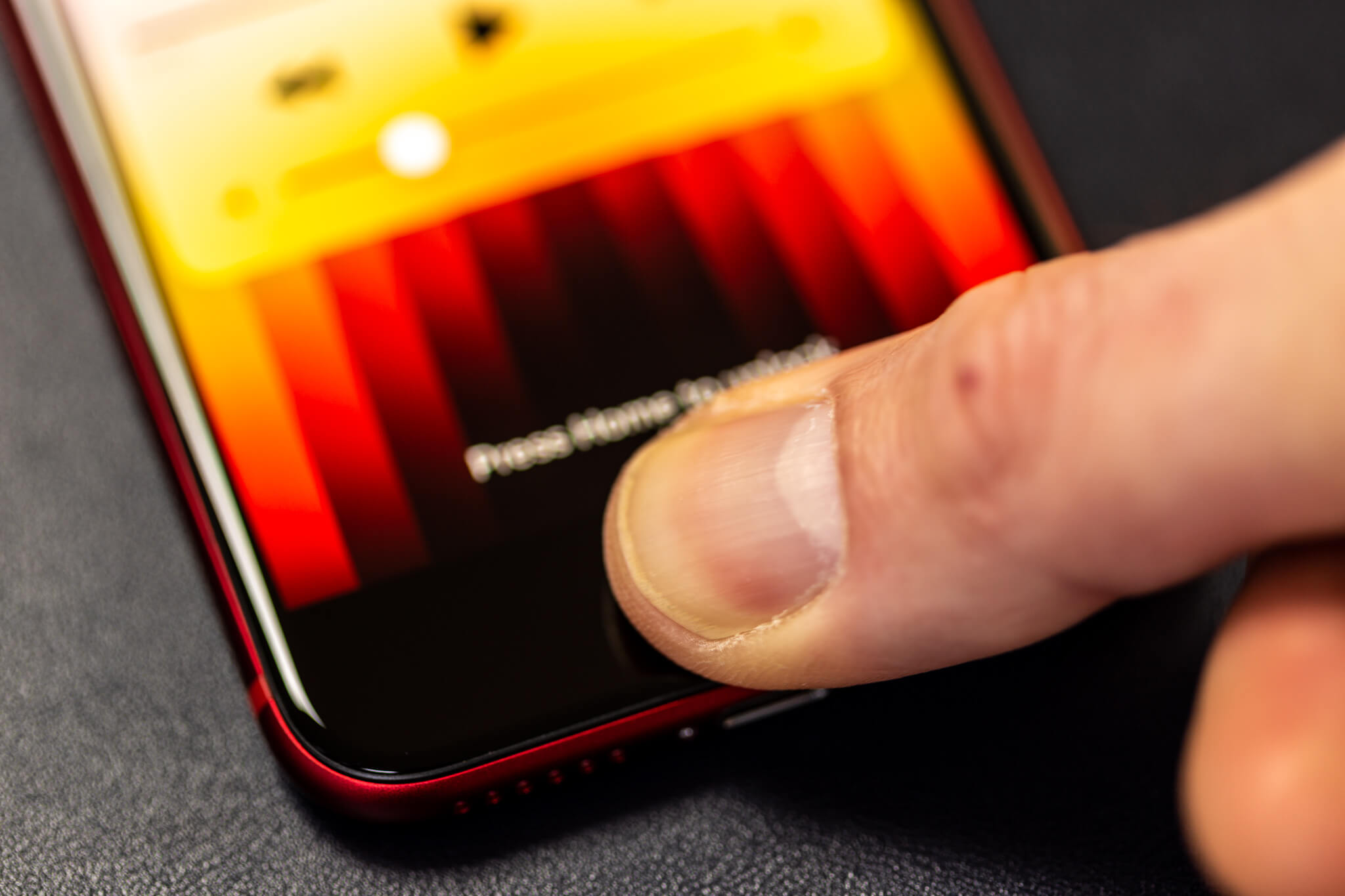 I can’t tell you which one is right for you, but you’ll almost certainly have a preference.

The iPhone 13 mini battery has solved the issues of its predecessor. It’ll easily get you through a day and has never proved problematic for me. 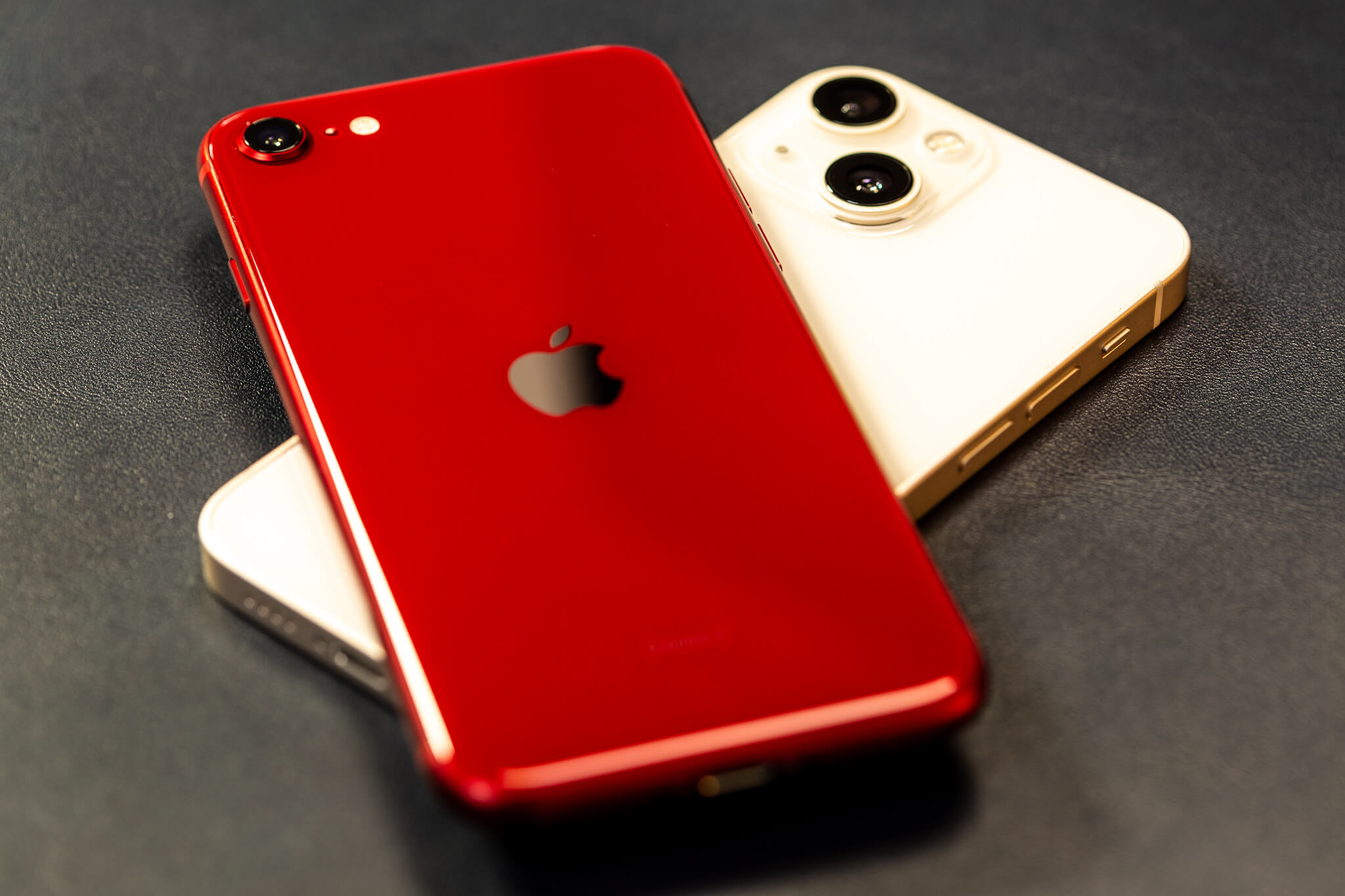 The same goes for the iPhone SE. If anything, it sometimes feels better than the iPhone 13 mini, despite Apple’s official numbers suggesting that it’ll achieve two hours less each day.

They’re both fast-charge capable and feature really impressive standby time, which, as I’ve always said, is the most important aspect of any battery. They’re definitely not two-day phones, but given their size, they’ve got rather impressive stamina.

We’re unlikely to see another iPhone mini. If the rumours are true, thanks to a less than stellar sales performance on behalf of the iPhone 12 mini, we’re probably not going to see a new version later this year.

Similarly, the ageing design of the iPhone SE will probably see some significant upgrades in 2023. We may even have to wave goodbye to Touch ID in that form, for good.

We are, therefore, looking at two iPhones that are probably the last of their kind. But, in my mind, that only makes them even more endearing.

The right one for you will depend on the following:

Put simply, the iPhone 13 mini remains the most convenient iteration of Apple’s notch design, whereas the iPhone SE plays perfectly into the hands of anyone who isn’t bothered about the latest aesthetics.

You get a lot for the additional spend on the iPhone 13 mini (the screen and camera features alone are, arguably, worth the premium). But I think you probably already know which one is for you.