New internals. Old body. More expensive. Lagging behind the competition in all but performance.

What’s it all about? Who is it for? And are there any better alternatives?

Let’s get into it! 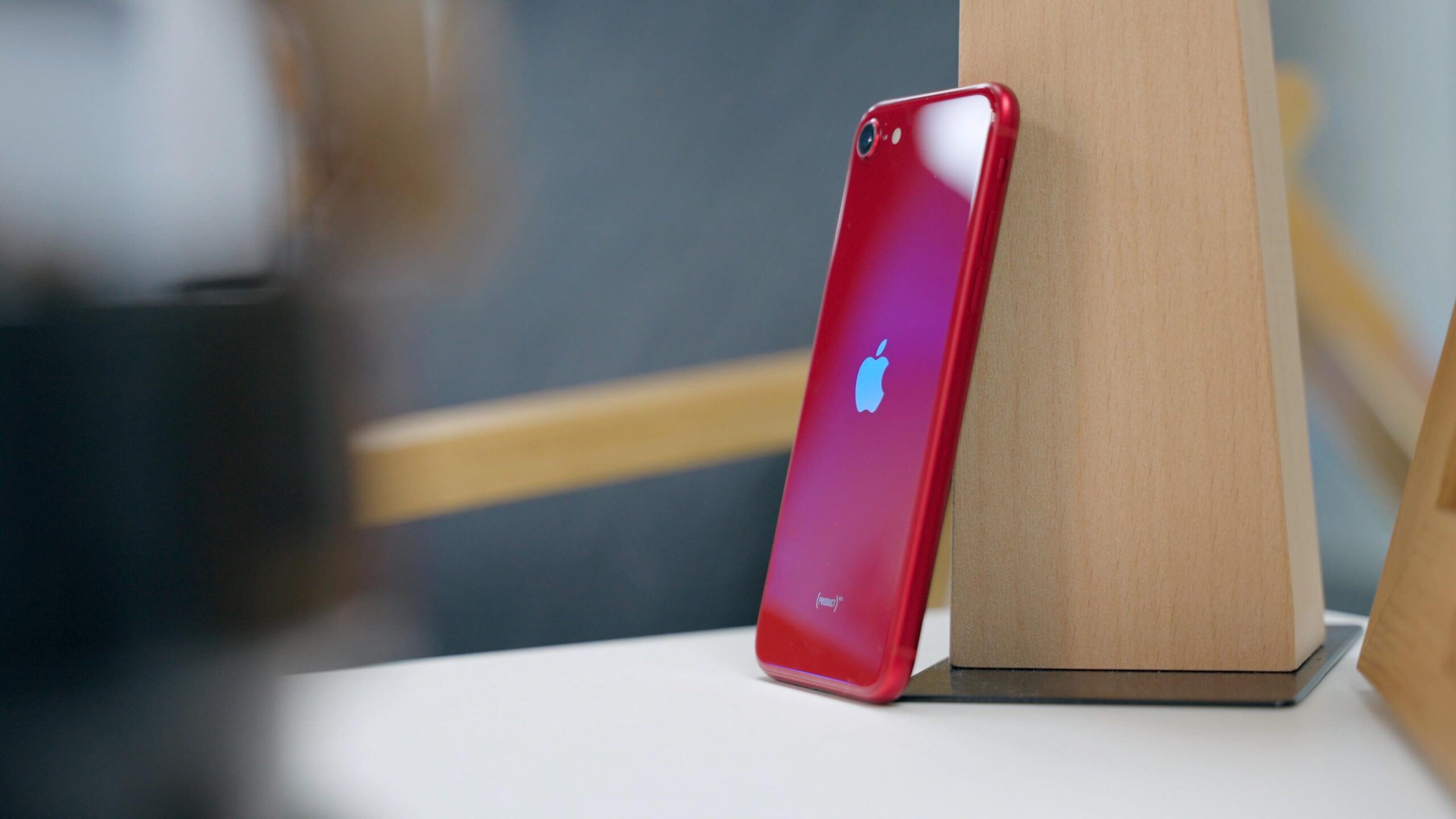 I, for one, cannot fathom why this is. It has the exact same chassis, pretty much the same camera, and the only new stuff inside is the A15 Bionic chip and 5G support.

Maybe the new colours are more expensive. After all, it wouldn’t be the first time, would it?

For your hard-earned £419, your new iPhone SE will come complete with the aforementioned latest Apple silicon, a 4.7” Retina HD display, Touch ID, a 12MP camera with an f1.8 aperture, and super-fast 5G capabilities.

The iPhone SE also retains its IP67 dust and water resistance, and the storage options are 64GB, 128GB, and 256GB.

Are you still there? Interesting.

Let’s cut to the chase: this is a dated-looking iPhone. Those huge top and bottom bezels and the presence of a physical home button continue to fly the flag of the iPhone 8 generation. 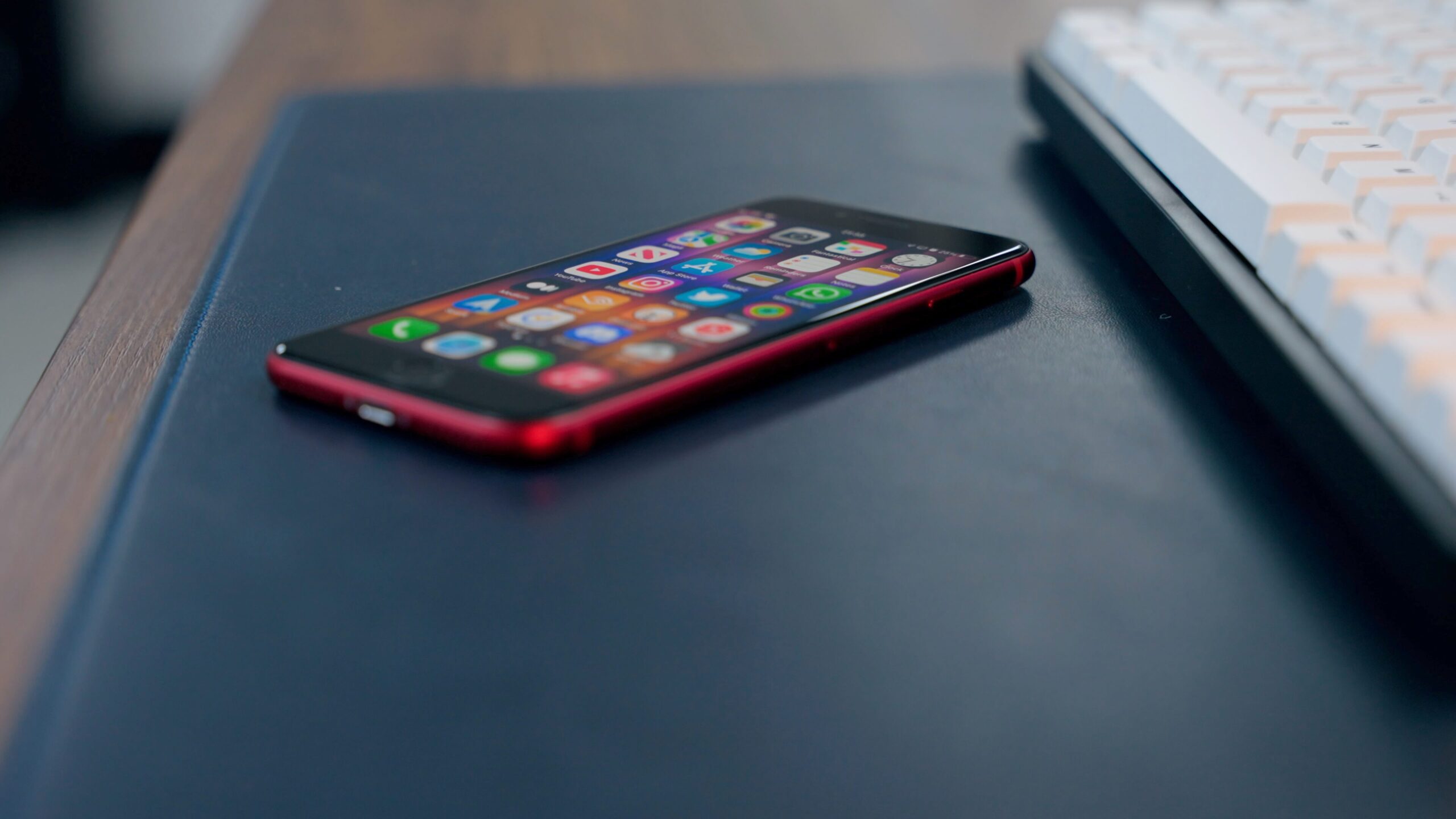 Against the competition, this thing looks ancient.

There are some problems for full-screen converts, too. For instance, the presence of Touch ID removes the swipe-up-to-go-home gestures we’ve all become so accustomed to. Indeed, if you swipe up on the iPhone SE, you’re presented with control centre, which takes some serious getting used to.

Those big bezels also make the screen feel smaller than it is. It’s curious how our brains work in that regard; this used to be a big screen, but the way it’s sandwiched between two massive borders makes the screen estate feel rather squashed.

Turn the iPhone SE around, and you’re treated to an admittedly attractive rear, thanks to the inclusion of a glass back and the absence of any clutter beyond the Apple logo and (PRODUCT)RED signature (in my device’s case).

It’s a very well-made phone, as you’d expect from Apple. There’s not a hint of flex in the case and the entire device feels like it could take a bit of punishment.

But I cannot get past those ancient looks. Sorry, Tim.

This is a fast iPhone. But, then, all iPhones are fast, aren’t they? It’s always been Apple’s crowning glory; having such tight control over every aspect of the iPhone’s creation means they can make the smoothest, fastest smartphones on the market. 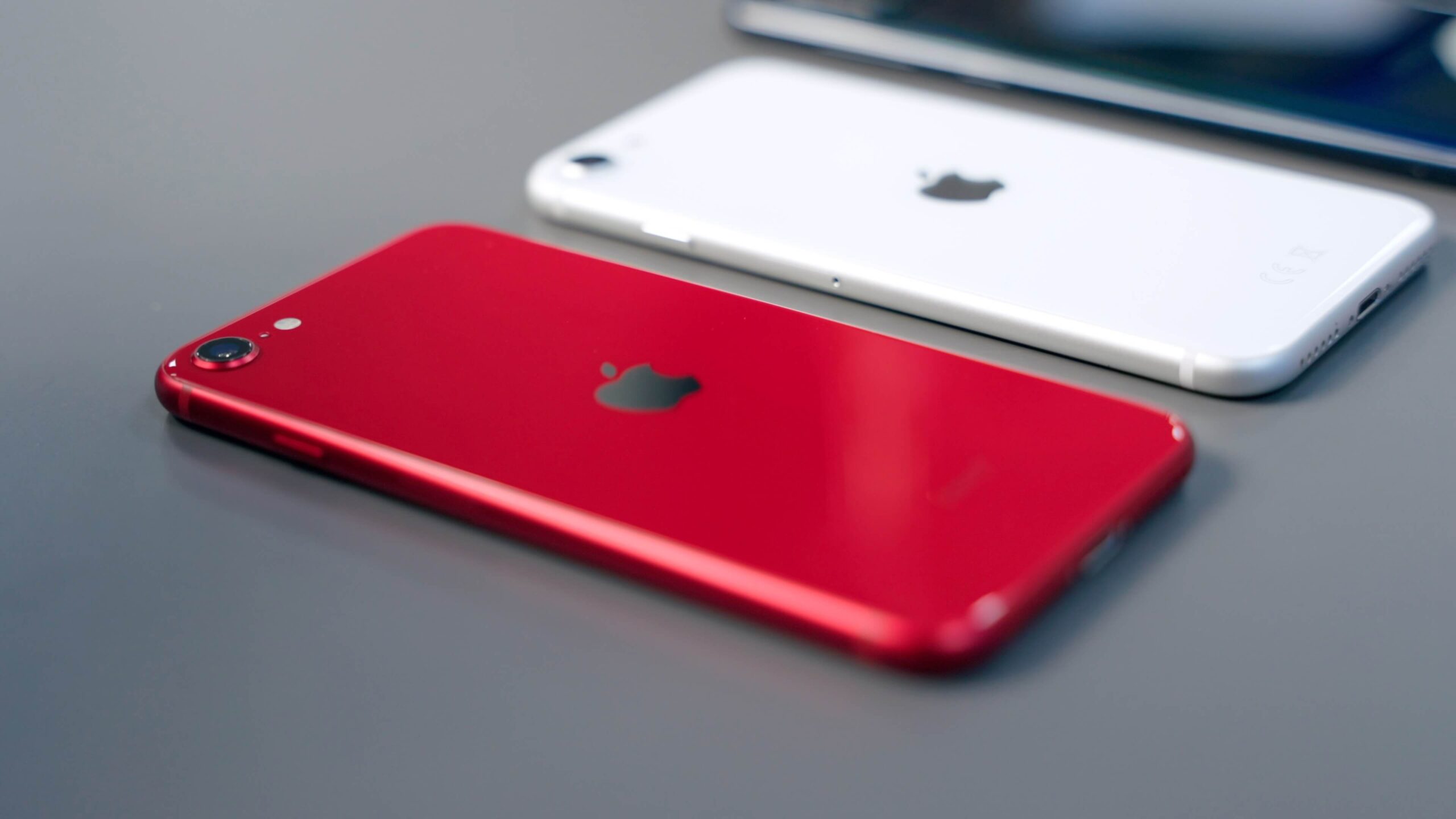 In terms of processing power, the new iPhone SE is basically an iPhone 13 Pro Max with one GPU core removed. That’s impressive given the difference in price and the iPhone SE’s positioning.

But it isn’t surprising. After all, these are Apple’s own chips. They can do with them as they please, and place them in any device they want. I doubt it costs them any more to put the latest chip in the cheapest phone – indeed, it would probably be less cost-effective to continue manufacturing an older variant.

So, the new iPhone SE will play all of the games you want, and perform identically to its more expensive siblings, no matter what you happen to be doing. The 5G support – although deathly boring from my perspective – caps off a super-fast ‘budget’ iPhone.

Are you still there? Really interesting.

The iPhone SE camera gets the job done. It is typically ‘iPhone’ in that regard; the images are sharp, not overly processed and there’s no shutter lag to worry about when attempting to capture that once in a lifetime moment. 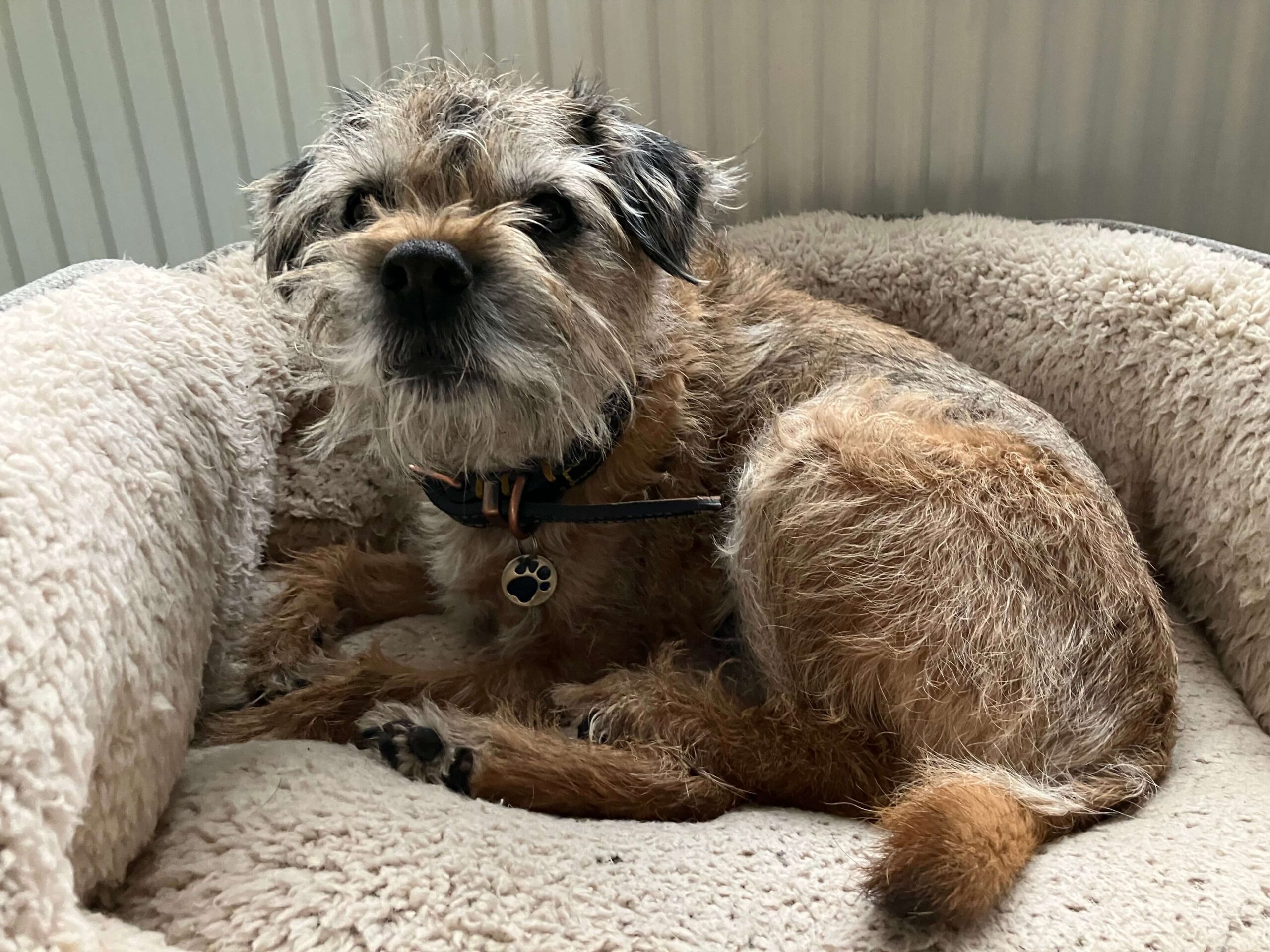 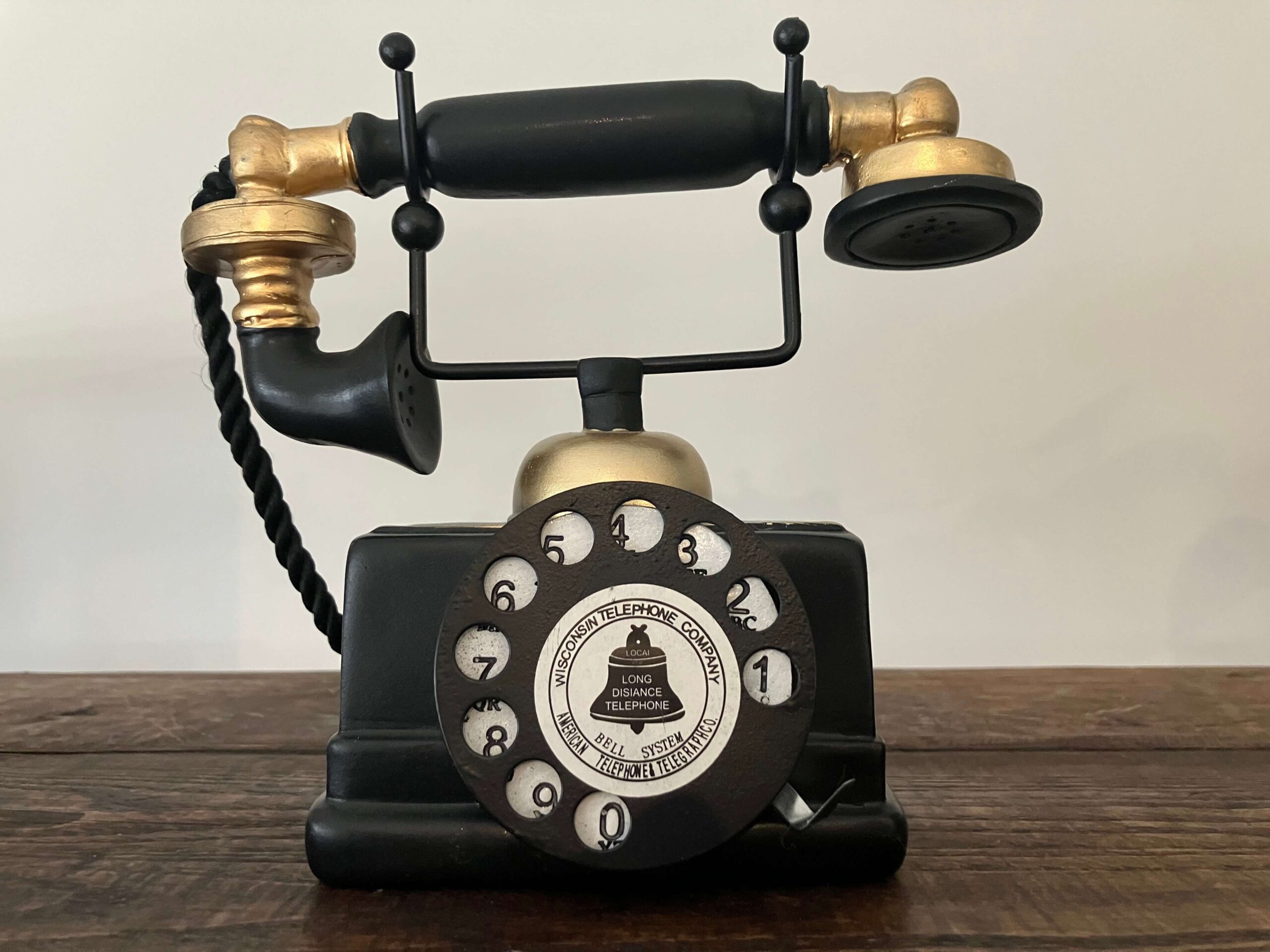 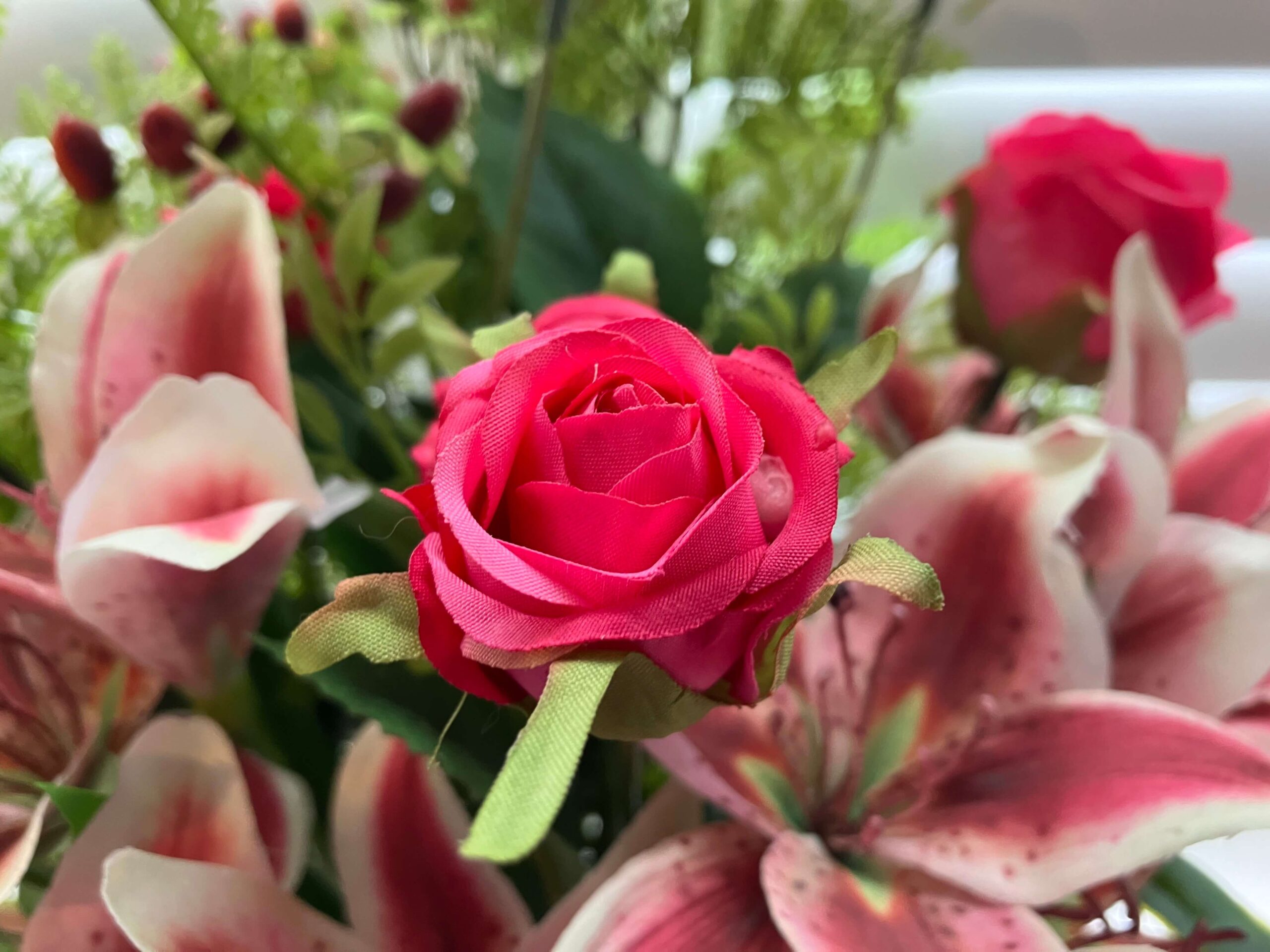 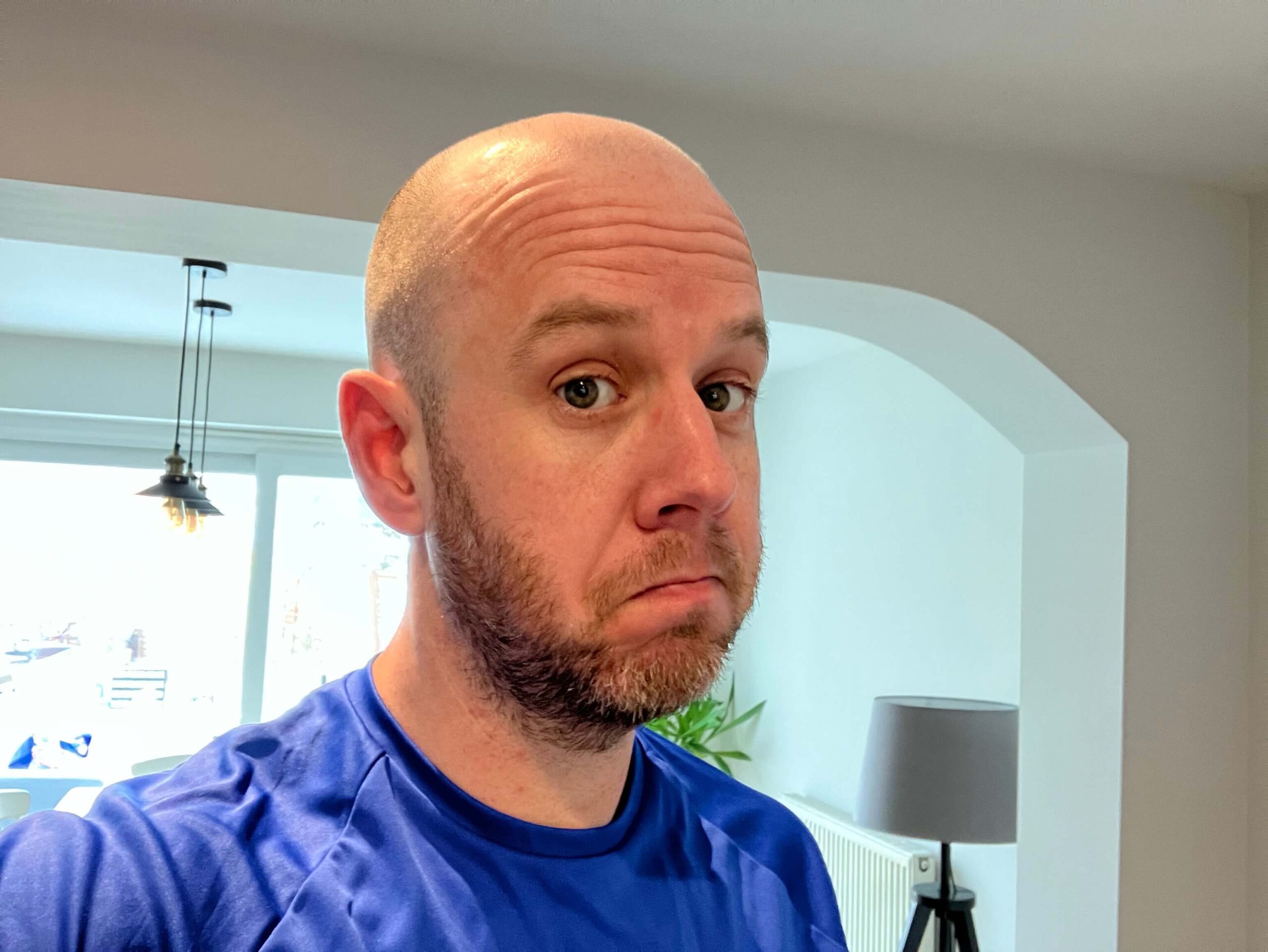 Apple has included some nifty stuff in the new iPhone SE’s image pipeline, too. For instance, it now has access to Deep Fusion and Smart HDR, which were previously reserved for only the most expensive iPhones.

There’s no night mode, though, which is a shame. And the absence of any form of wide-angle or 2x zoom means you’re stuck with just the one focal length – or the last-ditch digital zoom.

The 2020 version of the iPhone SE was universally panned for having dreadful battery life. I’m happy to report that the 2022 version is rather impressive. 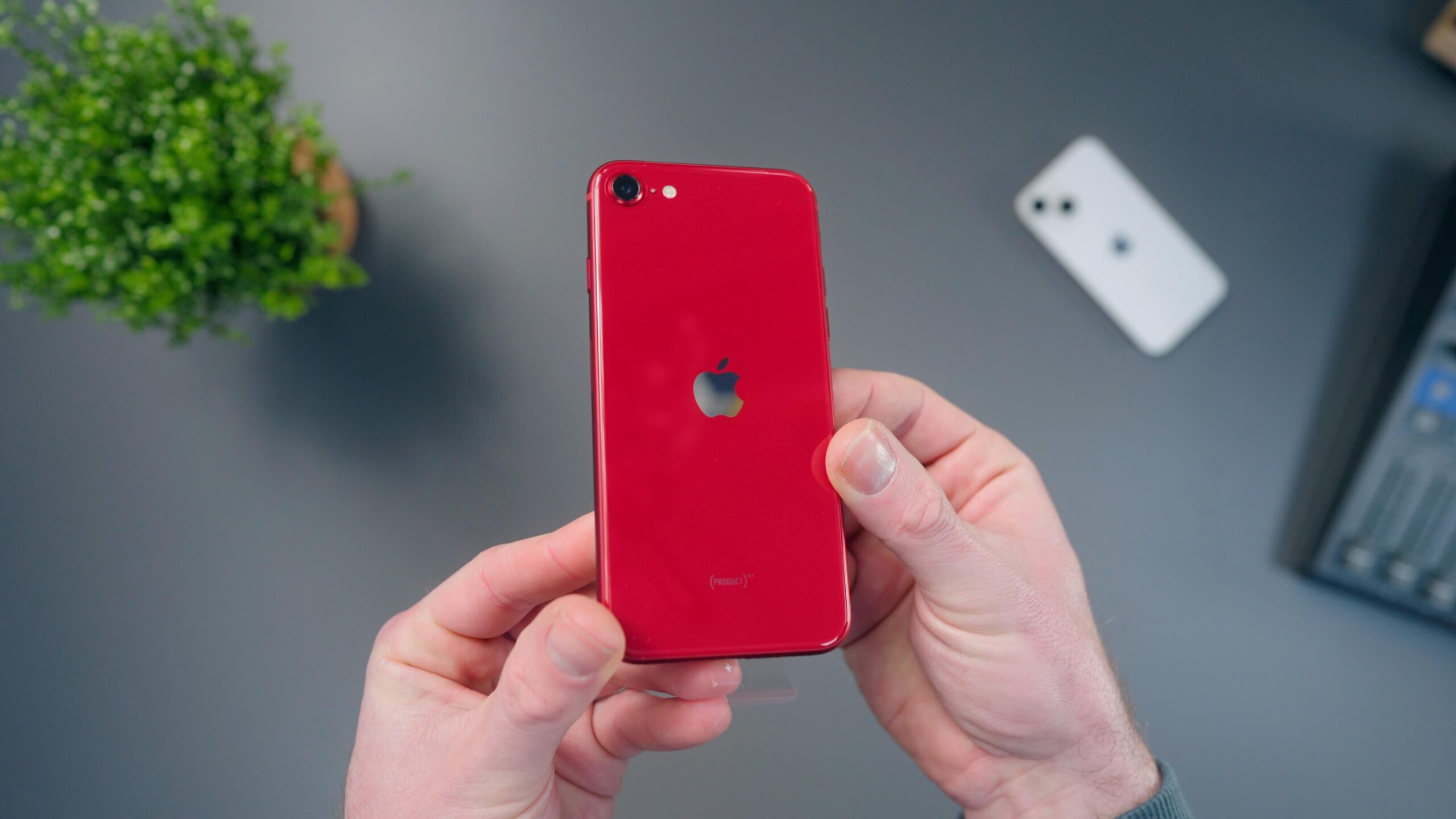 It isn’t the two-day battery life I’ve become accustomed to with some of the larger phones I’ve been testing, but it easily gets you through a day. Indeed, it feels very iPhone 13 mini like in that regard.

As I write, it’s 4PM. The iPhone SE left the charging station with the battery reading 100% at 5:30AM this morning. It has just clocked over to 59%. That is absolutely fine in my book – particularly given the fact I’ve used it consistently all day.

Apple’s battery management tactics and latest silicon are, thankfully, putting any concerns over the stamina of their smaller devices firmly in the past.

I just wish it had MagSafe. It’s an update that’s sorely missing from the new iPhone SE. I assume this is down to the thin chassis and lack of space for the required hardware, but I, for one, wouldn’t have complained if Apple had made it a little thicker to include a feature that offers genuine quality of life benefits.

The iPhone SE felt like it was on its last legs, design-wise, in 2020. Fast-forward two years and nothing has changed. 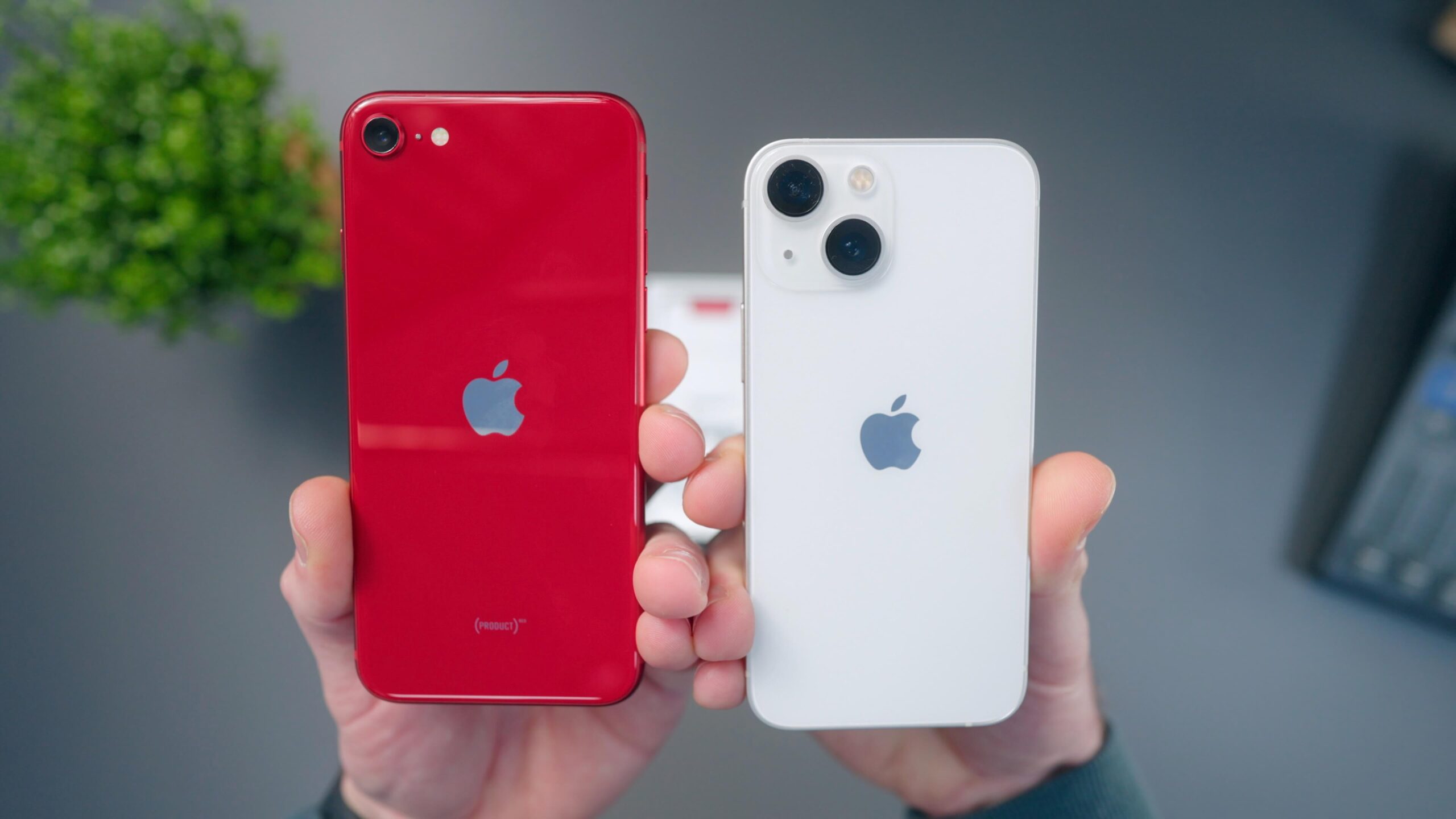 This year, it feels out of place.

I’d love to have seen an iPhone XR-style iPhone SE this year, with the aforementioned MagSafe capability. For me, the A15 Bionic was a given; as impressive as that chip is, its presence in the budget iPhone doesn’t feel like a gift from Apple.

However, there’s still a market for the iPhone SE. If you want the absolute cheapest route into iOS and don’t want to buy second-hand or refurbished, the iPhone SE is your only option. Similarly, if you don’t like the idea of Face ID, and prefer a physical form of biometric security, the iPhone SE is the default choice.

For everyone else, there are better alternatives that offer far more bang-for-buck.

Thanks to the lovely people at reboxed, I managed to grab a bunch of alternatives to pitch against the new iPhone SE.

One is… well, it’s the previous iPhone SE, admittedly, but the others come from the opposite side of the fence. And they present some very interesting options.

Find out how they fare in my video review of the 2022 iPhone SE: