Everyone is, understandably, talking about the M2 iPad Pro and 10th generation iPad at the moment.

I’ve been using Apple’s smallest tablet for over a year now, and as is customary, the time has arrived for me to give you my long-term thoughts.

How much am I using it 12 months later? How has it held up in that time? And, more importantly, is the iPad mini still worth your hard-earned in 2022?

A solitary position in the lineup

Thanks to Apple’s recent updates, the iPad lineup is getting more confusing by the day. 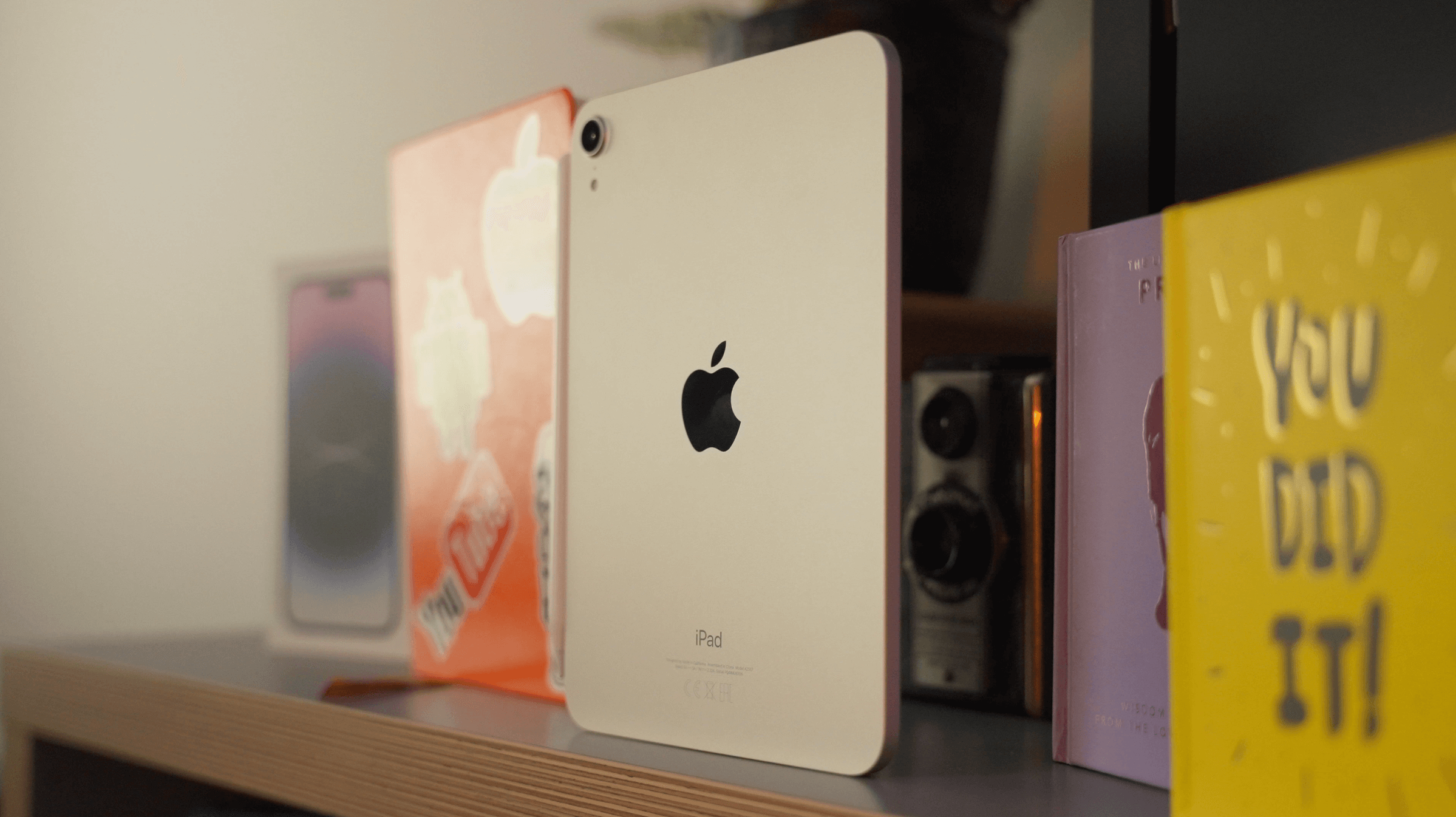 This is where the iPad mini sits among its siblings if we order them by price:

Thankfully, while the rest of the iPad lineup is a bit of a confusing mess (for instance, how on earth does a regular consumer pick between the 10th generation iPad and the iPad Air?!) the iPad mini stands alone.

Bar the storage and colour options, there’s just one iPad mini; one screen size, one name, one chip, and one very defined place within the iPad ranks. This makes it an easy buying decision for anyone who wants the smallest and most portable iPad available. It’s also a key selling point – if not the selling point – for the iPad mini; it’s super easy to choose if you know that’s what you want.

Judging by how popular my original review of the device was (and continues to be to this day), there are a lot of people in that position.

How I use my iPad mini today

If you’re wondering whether or not my enthusiasm and use for the iPad mini has dampened over the last twelve months, I can confirm that it hasn’t. If anything, it has grown stronger. The iPad mini remains an incredibly important device within my studio.

The iPad mini has four roles at Mark Ellis Reviews HQ. The first is the primary reason for which I bought it – note-taking. 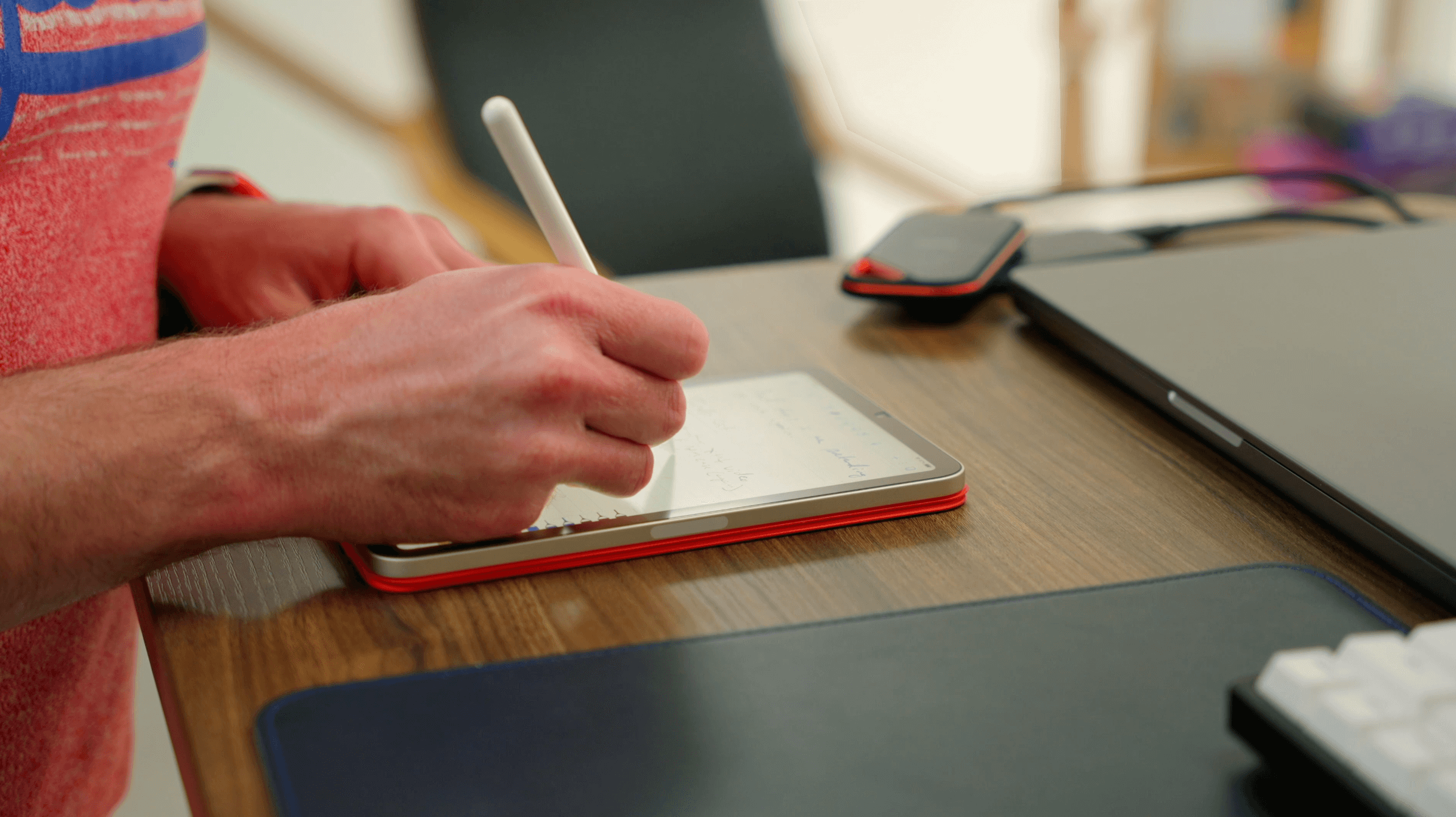 It’s a role in which Apple’s smallest iPad excels – particularly when paired with the brilliant Paperlike screen protector. This adds both protection and – you guessed it – a paper-like feel to your iPad. The transformation is incredible if you want to use the tablet primarily as a writing or sketching device, and the 2.1 update raises the bar even further thanks to there being almost no impact on the display’s brightness and colour at all (it barely looks like the Paperlike is present!).

A lot of my note-taking happens in Apple Notes these days (thanks to its designated location for my second brain) but I still encounter plenty of instances where I need to jot things down. The combination of the iPad mini, Paperlike, and Notability is golden. 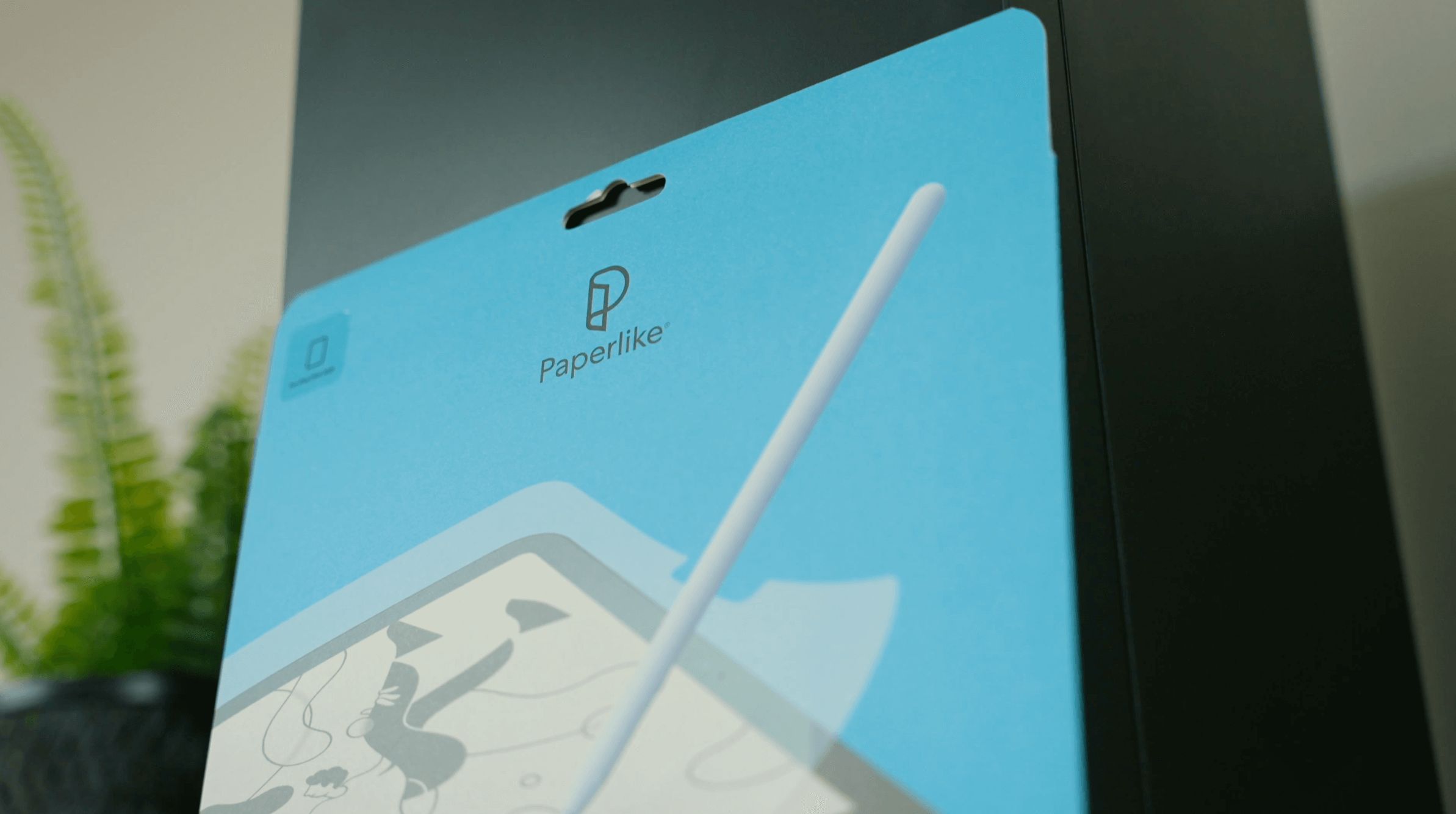 The second role for my iPad mini can be found during a-roll filming for my YouTube videos. While I’m talking to the camera, I work from bullet points to remain on track, and the iPad mini is the best device I have available for that task.

Thirdly, if I decide to catch up on my favourite YouTube channels during lunch, or fancy keeping an eye on what’s happening on the news, the iPad mini is still my content consumption device of choice.

Lastly, and thanks to the brilliant Pitaka Pitaflow charging case and magnetic stand, the iPad mini spends much of its time docked to the right of my Studio Display. This means it’s nearly always fully charged and perfectly glanceable if I need to keep an eye on social media mentions or activity on my bustling Discord server. 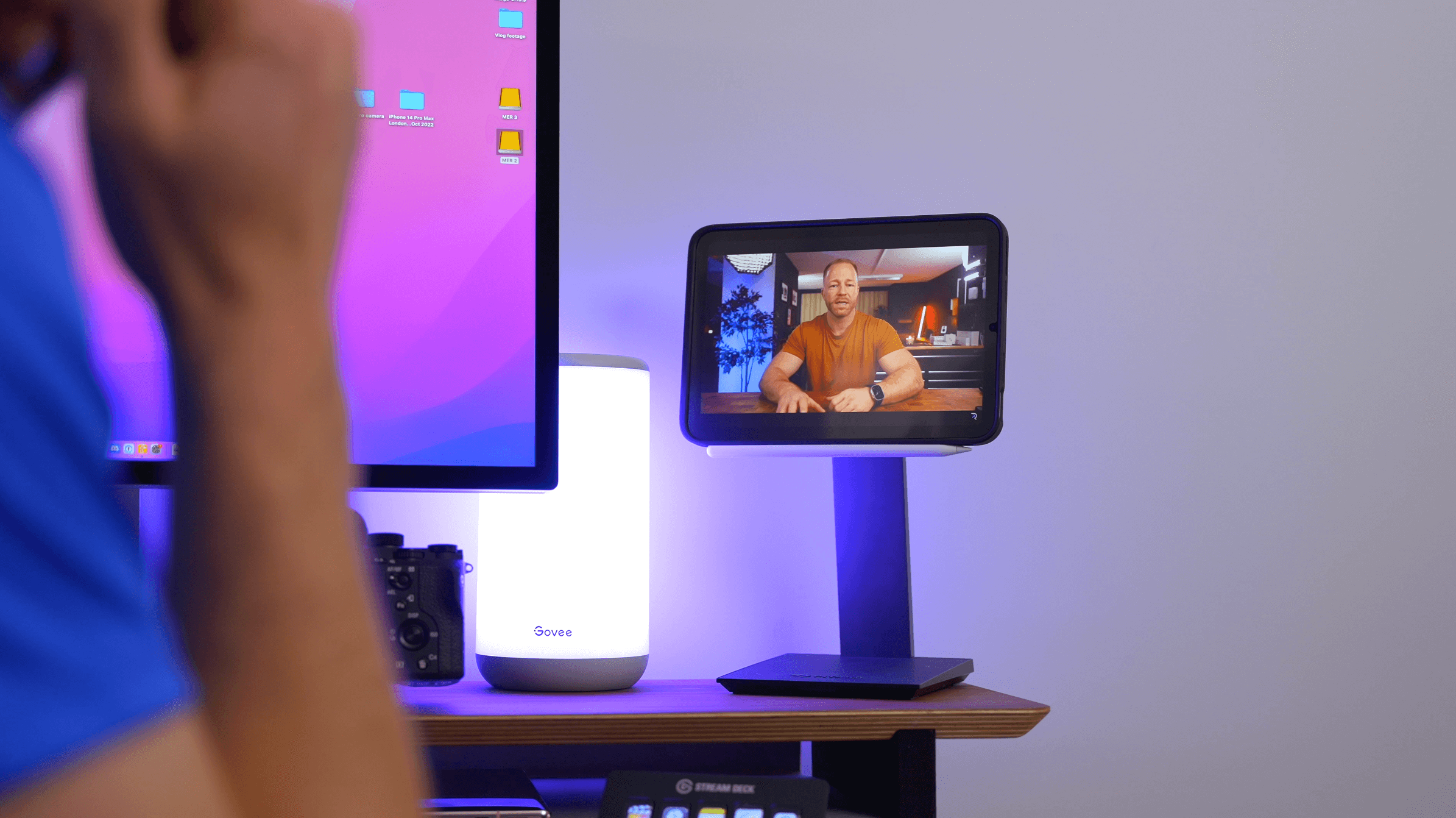 Put simply, I’d be a bit lost without the iPad mini.

What I want from the next version

Apple has got so much right with the iPad mini 6. It comes at a cost, yes – this isn’t an entry-level or budget iPad. But if there’s one thing I’ve learned over the last 12 months it’s that you get a lot for your money.

The design is as it should be. The battery remains as healthy as it was at the time of purchase. The build quality is typically Apple – you can throw this thing around without too much worry. It remains super fast and fluid today when it comes to performance.

There’s basically lots of value on offer for your hard-earned money. 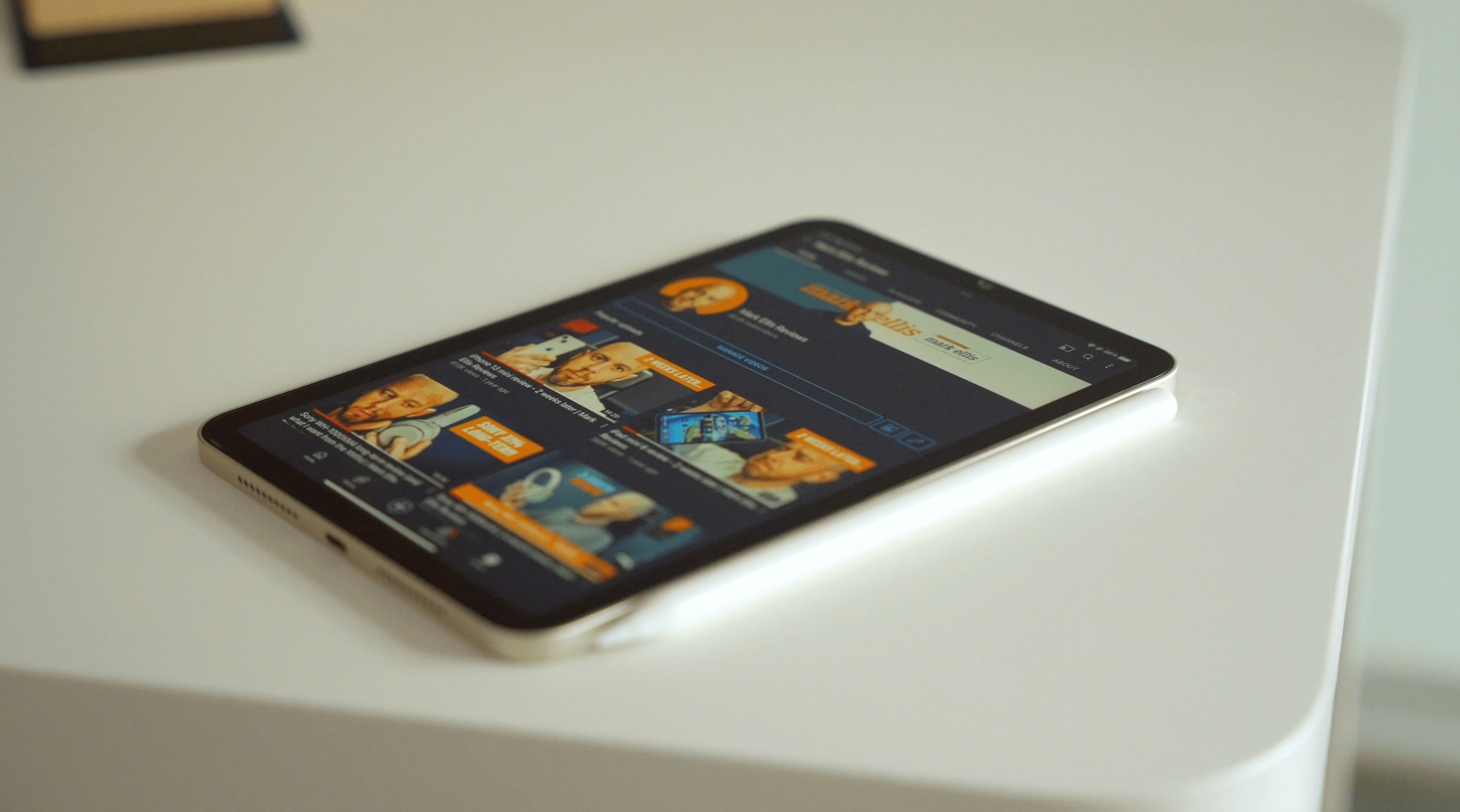 It’s not perfect, though. The more you use Apple devices with high refresh rate screens, the more you realise the iPad mini (given its price) deserves ProMotion. Without it, the baby iPad does feel a little sluggish when scrolling and swiping.

I’m not a fan of Touch ID on the power button, either. It’s the logical location for it in the absence of a front-facing button, but it never really feels natural to use. Face ID next time please, Tim!

While I’m at it, an additional camera wouldn’t go amiss. The iPad mini’s convenient size means it’s likely to accompany owners everywhere, which in turn means the camera is – unusually for an iPad – a tempting proposition. The addition of a telephoto lens would, therefore, be rather nice. 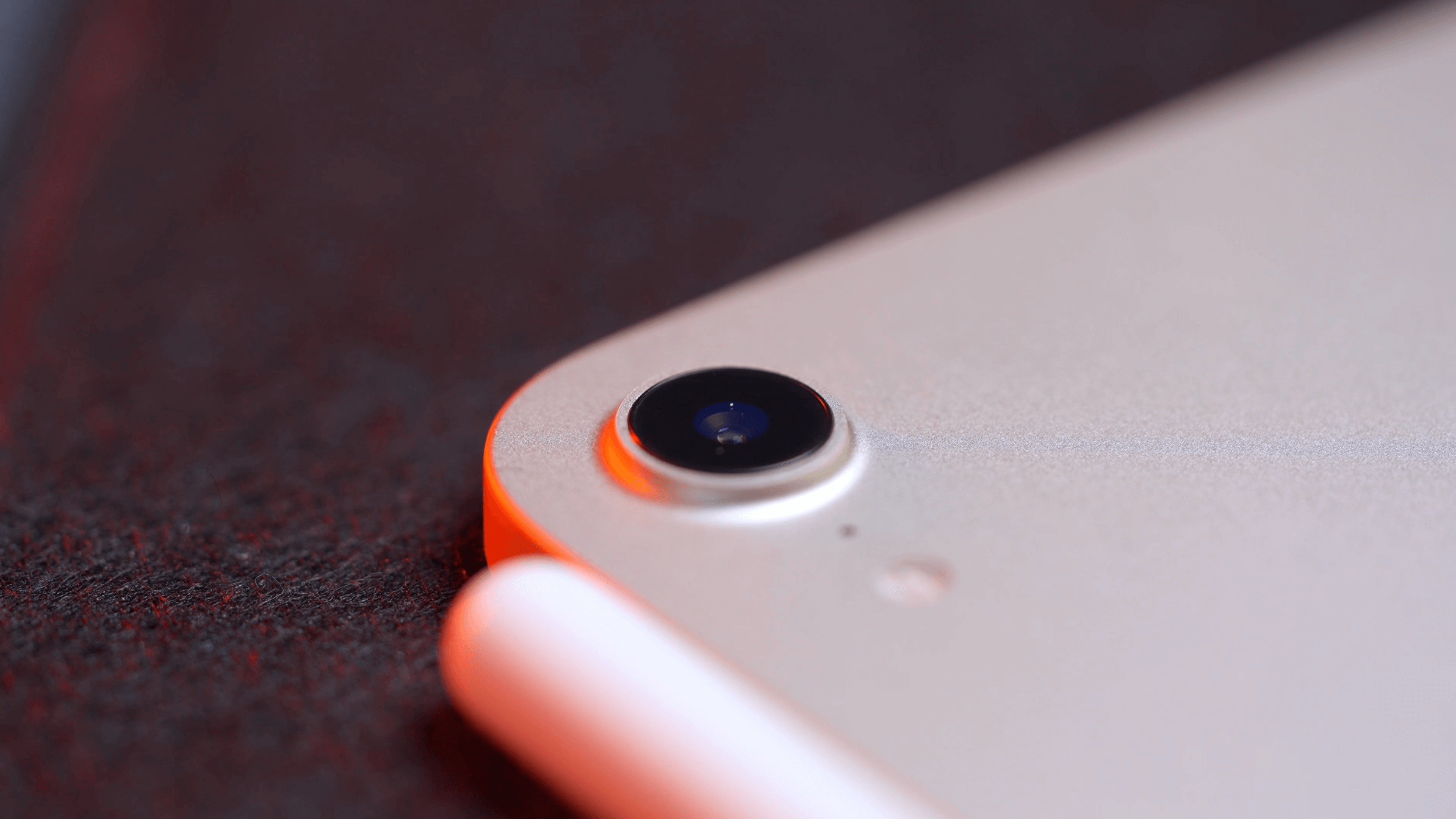 Lastly, I’d like to see a Magic Keyboard accessory, please. I’ve talked about this before, but I should reiterate that I don’t intend to write blog posts or novels on the iPad mini; just the ability to whip it out in a coffee shop and bash through emails and simple keyboard-based tasks would be amazing. It doesn’t even need a trackpad.

Is the iPad mini 6 still worth it today?

I like simple conclusions, and this one is about as simple as it gets. 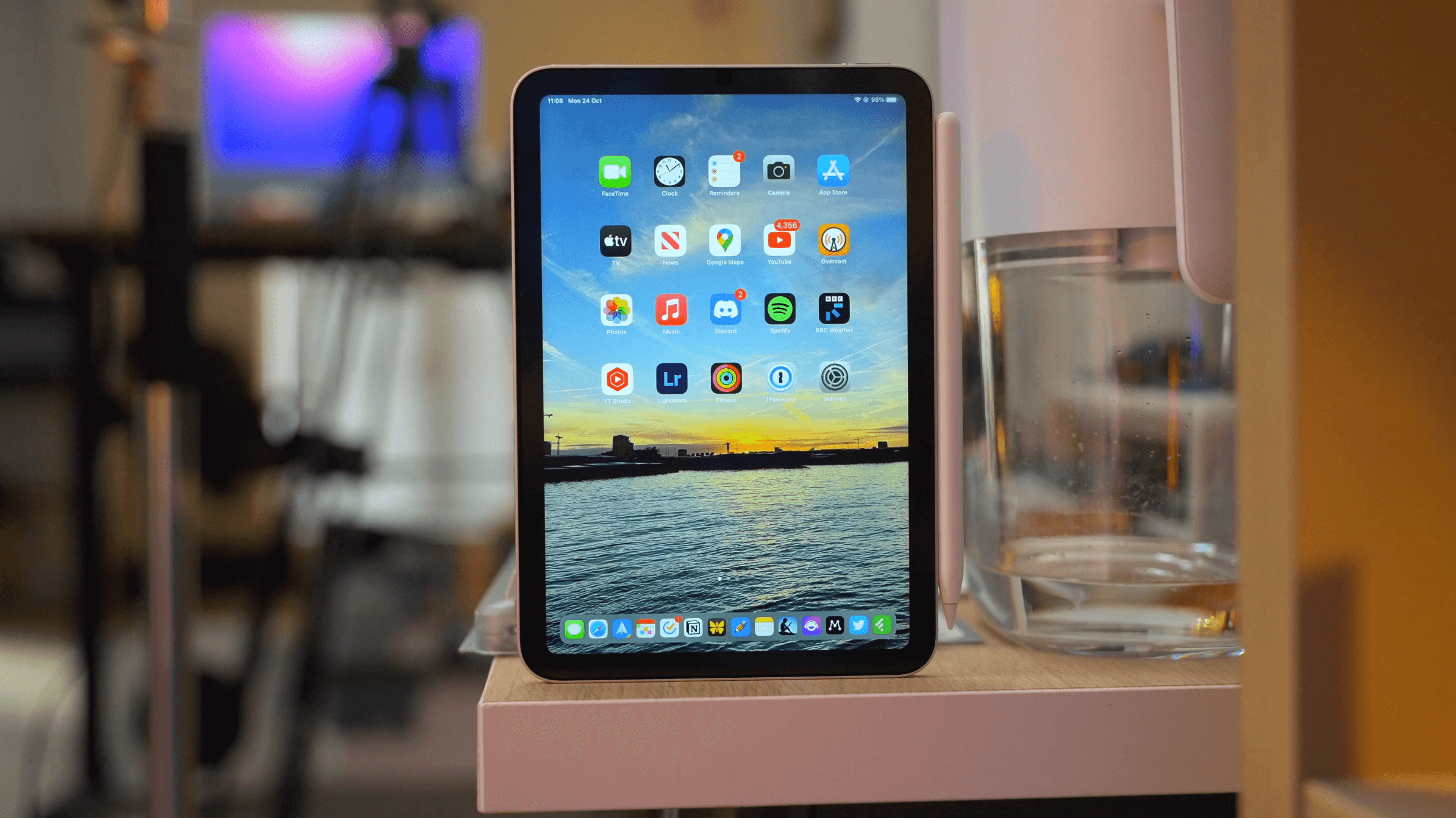 In fact, if you’re currently considering the 10th generation iPad, I’d suggest finding that £70 extra to buy the iPad mini, instead. Sure, you don’t get those cool colour options, but you do get a far more portable tablet, a better display, and, crucially, Apple Pencil 2 support.

It’s also a far more interesting iPad than the rest of the lineup and has a huge fan club. The iPad mini exudes that elusive ‘magic’ that is so often absent in today’s Apple products.

Put it this way – if I didn’t have the one I’ve been using for the last 12 months, I’d buy it today, immediately.