How to use Apple ProRAW (and what is it?!)

How to use Apple ProRAW (and what is it?!)

This week, Apple released iOS 14.3, and it includes a new camera feature which definitely deserves some exploration.

Yes, I was rather underwhelmed by the iPhone 12 Pro, but the introduction of Apple ProRAW is actually pretty exciting.

Whether you’re a seasoned photographer or someone who just likes to dabble, it’s an impressive feature addition which will provide more creative control and yet more reason to make the iPhone your go-to camera for nearly every scenario.

What is Apple ProRAW?

Photographers have relied on RAW files for a long time. They’re essentially unprocessed digital images. That means they retain all of the necessary image data needed for post-processing.

Think of it as a studio recording of a band. If every instrument is plugged into one input, the engineer only has one volume fader for all of them and can only adjust the EQ for the entire mix. If they’re instead plugged into separate inputs, the engineer can fine-tune the volume and EQ of the guitar, vocals, bass and drums separately. A RAW file does the same for all of the constituent elements of a photograph.

For instance, if you capture a RAW file and there’s lots of shade and light throughout the image, there should be enough data in the file to help you brighten the shadows to reveal what lies within them and bring down the lighter areas so they’re not overexposed.

You can’t do that effectively with a JPEG image, which is processed at the point the photo is taken. JPEGs don’t have anywhere near as much data in them as RAW files, and therefore as soon as you start fiddling with them in post-production, you lose quality and they just look… well, rubbish.

As a result, RAW images weigh in with considerable larger file sizes and require editing software to get the most from them.

Now, your iPhone 12 Pro or iPhone 12 Pro Max (ProRAW isn’t compatible with any other model) can produce these files – and let you edit them directly on the phone.

Why is Apple ProRAW important?

In truth, the iPhone has been producing RAW photos for a long time – you just needed third-party software to unlock the ability to edit them. And that’s a faff.

An Apple ProRAW file includes all of the data you’d expect from such a file (exposure, highlights, shadows, etc), but throws in the likes of Deep Fusion and Smart HDR, for good measure. Although, it should be noted that you can’t edit those aspects.

So, you’re getting a pretty much unprocessed RAW file straight out of your iPhone which you can play with to your heart’s content.

I say “pretty much”, because Apple ProRAW files are actually processed slightly. In fact, if you take one side-by-side with a normal JPEG image, they look pretty much identical in the Photos app.

But that’s fine. In fact, it simply means you get a better starting point from which to apply your edits. Anyone who has worked with a RAW file from a DSLR camera will know they come out looking very ‘flat’ and lifeless until you start processing them.

When to use Apple ProRAW

Some people won’t even realise ProRAW exists – you have to turn it on, after all. And, for some, it won’t be of any interest; the vast majority of iPhone owners just want to press a button and watch as the perfect photo is taken.

That’s cool, but if you fall into one of the following camps, you’ll want to use Apple ProRAW:

However, a word of warning. In my tests, a HEIF (Apple’s compressed JPEG format) image weighing in at 2.2MB, jumped up to 30MB when taken as a ProRAW image. So, using it regularly will quickly eat up your iPhone’s storage.

It’s also important to note that when you shoot in ProRAW, the iPhone disables features like Live Photos and the various effects you can apply, such as looping and long exposures.

Therefore, I’d suggest you only turn ProRAW on when you need it most, or when you simply want to improve your photo editing skills.

How to turn on Apple ProRAW

Then, when you head into the Camera app, you’ll spot a ‘RAW’ option at the top-right. Simply tap that to turn it on and off and shoot away. 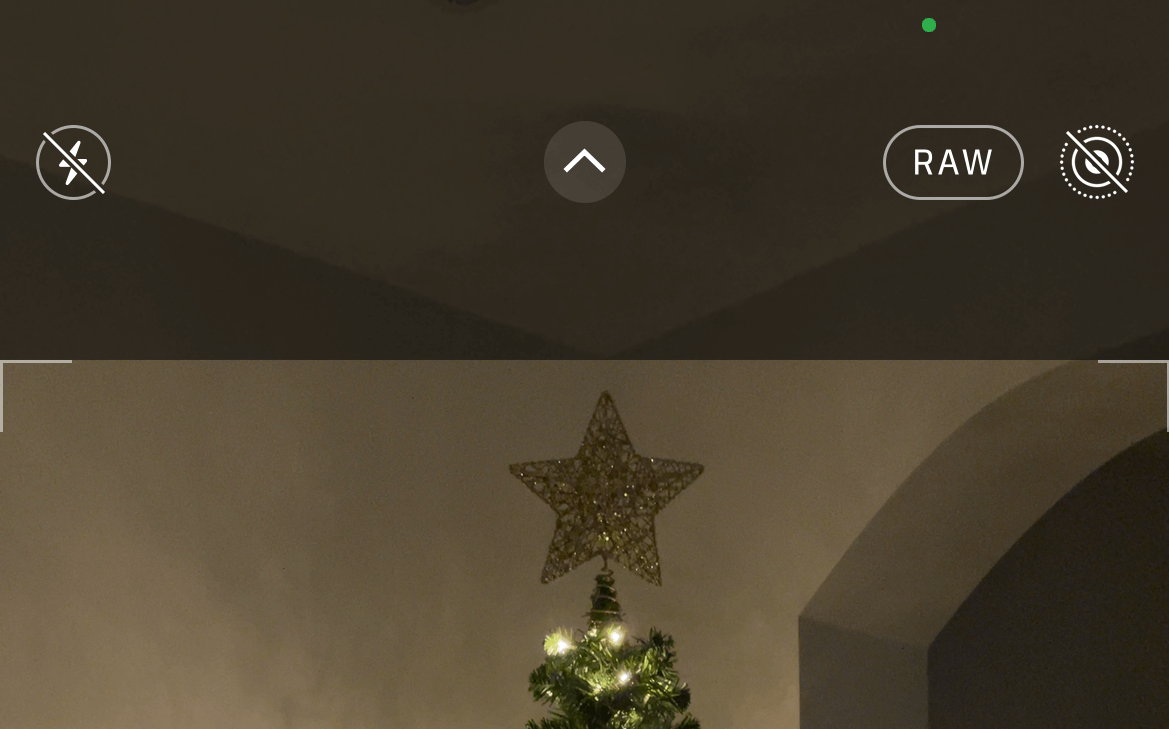 How to edit Apple ProRAW on an iPhone

One of the nicest things about ProRAW is the ability to simply edit the photos on your iPhone.

After you’ve taken your ProRAW image, just head into the Photos app (you can do this on iPadOS and the Mac, too), and tap the Edit button. At the bottom, there’s a bunch of icons you can use to control exposure, brilliance, detail and more. They’ve always been there, but with a ProRAW image, they become far more impressive to use. 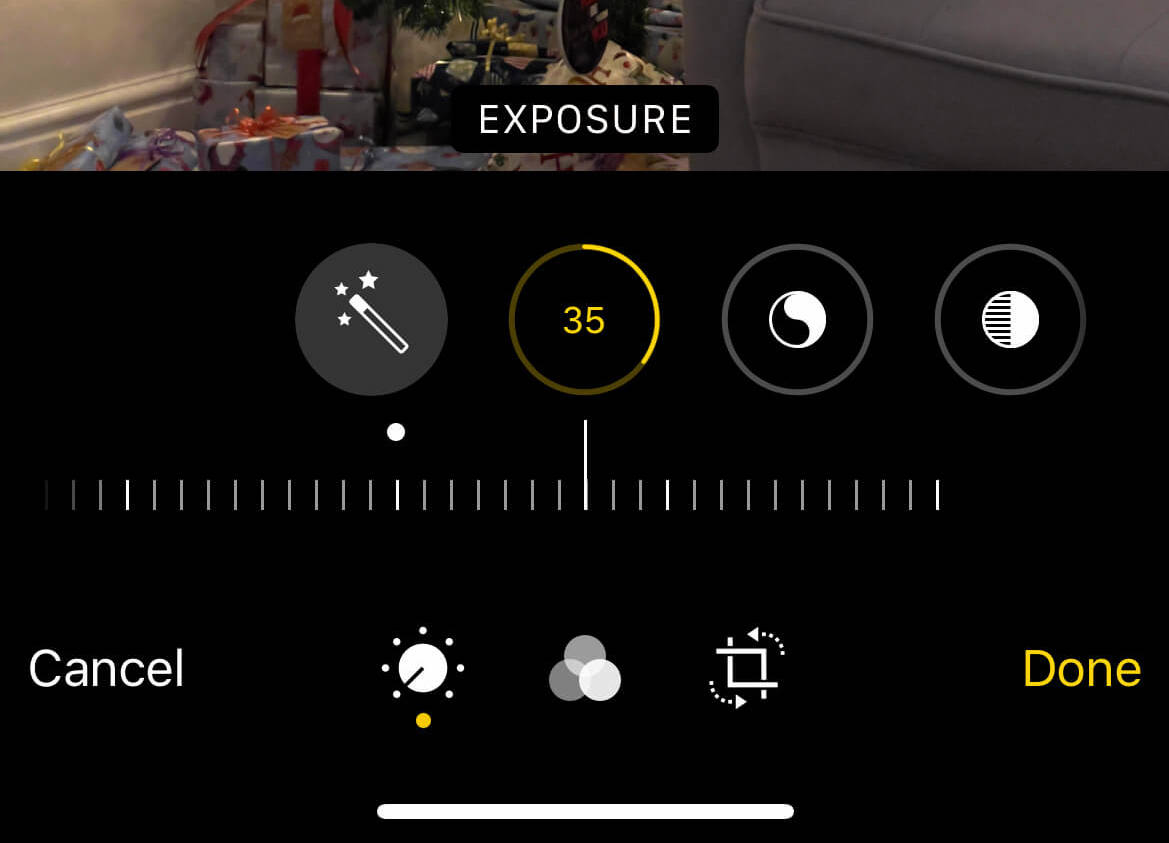 If you’re new to this RAW photo editing game, I’d suggest starting with the following process:

While you’re flicking through the controls above, you’ll notice several more you can play with. I’ll cover those in a future guide, but the above is all you really need to do if you want to breathe life into your photo and develop your own editing style.

Here’s an example I quickly shot and edited this morning. It’s not perfect, but I quite like it, and it does reveal how much control ProRAW gives you: 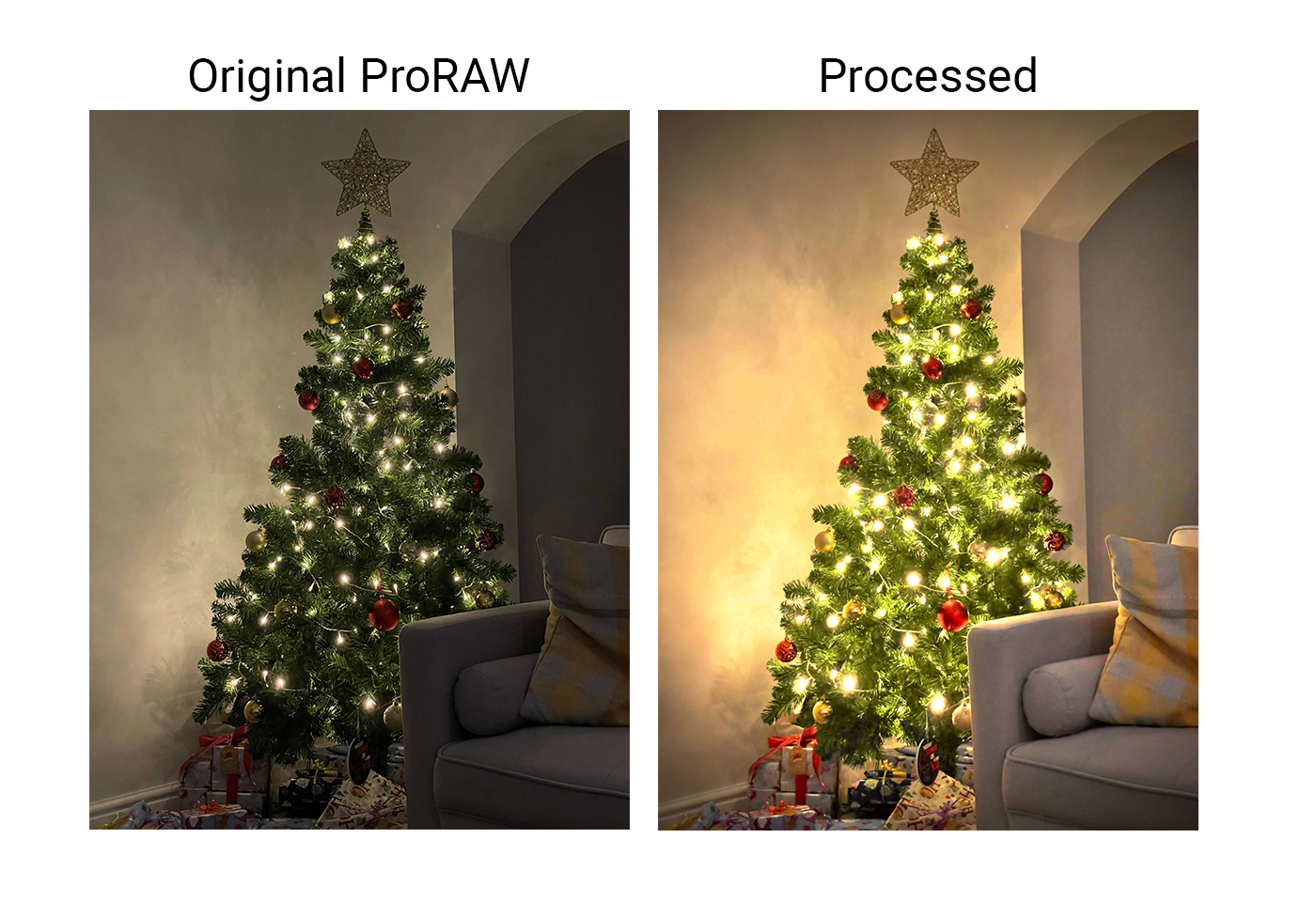 It’s worth noting that the files produced by ProRAW are actually DNG format, which means you can drop them into pretty much any third-party photo editing software, such as Adobe Lightroom, and edit them from there if you so wish.

Apple ProRAW is a great step forward for the 12 Pro and 12 Pro Max. In my opinion, it’ll also be far more useable and beneficial in the real world than the “check us out” 10-bit Dolby Vision video muscle-flexing these devices are also capable of.

More of this stuff, please, Apple.