How I Use My 16-Inch MacBook Pro for Production Duties

How I Use My 16-Inch MacBook Pro for Production Duties

The 16-inch MacBook Pro is a bit like my car. I have absolutely no way of putting it through its paces in normal, everyday life, and if I tried to, I’d end up wrapped around a tree.

That’s an odd analogy. But you catch my drift. Hopefully.

Regardless, this is a good thing; it means I’m forced to respect the laptop and use as much of its performance as makes sense. Sure, it’s tempting to upgrade my cameras to 8K beasts and start learning how to do visual effects work, but that wouldn’t make me a better creator.

So, instead, I’ve honed my 16-inch MacBook Pro into the perfect production machine. As a result, it has turned into one of the best investments for my business.

Let’s dive into the components of what makes this laptop an ultra long-termer for me.

I opted for the M1 Max chip with 32GB of unified memory and a 2TB SSD. Upping the memory to 64GB felt rather needless given my use case, and I didn’t much fancy selling the house to afford any more storage.

This resulted in a laptop that cost just over £3,500, which is the most I’ve ever spent on a computer.

The resulting spec gives me everything I need and a very high-performance ceiling for the future. My M1 Max chip has the maximum number of GPU cores (32) and, coupled with more than enough memory for video editing, makes for the perfect video editing device.

The 2TB or storage has worked out perfectly, too. As you’ll discover, I use external SSDs for editing video, but having all of that space natively on the laptop has been incredibly useful on a couple of occasions when I’ve needed to ‘go local’ with my Final Cut Pro library.

This laptop was a big investment for my business, but I don’t have a single ounce of buyer’s remorse.

I rarely use the 16-inch MacBook Pro for anything but video, photo, and audio editing, which means the list of apps on the macOS dock is pleasingly short.

I’m a Final Cut Pro user, for my sins. It’s an app I can fly through from a-roll edit to the addition of b-roll, and vital final polish. But it does have a few issues, which I’ll cover in a future article. Despite this, I have no desire to switch video editing software – it would be a massive job, and Final Cut Pro does play pretty nicely overall with the M1 architecture.

When it comes to audio, Logic Pro is like an old pair of slippers. I’d been using this brilliant DAW long before Steve Jobs got his mitts on it (it was originally developed and owned by Emagic, which was purchased by Apple in 2002), and spent many of my formative years learning how to produce music on its unmistakable timeline. These days, Logic plays a pivotal role in my video production process, with all vocal recordings heading through it for a dose of normalisation and EQ treatment, before being exported for Final Cut Pro.

Any music you hear on my videos is also made by yours truly in Logic Pro. Although I make nowhere near the amount of music I used to, I’ve promised myself to get back into the production game this year. I miss it dearly.

Photography also plays a big role in everything I do, and that’s where Lightroom comes in. I’m now an avid user of the latest version, having peddled Lightroom Classic for far too long previously. Photoshop is ever-present, too, but only used if I need to manipulate an image (read: ‘resize it’), or remove anything unsightly from a thumbnail photo.

These production powerhouses are joined by a bunch of utilities that I couldn’t live without. They include TextExpander, 1Password, and the usual office duty suspects such as Fantastical and Spark. None of them pushes the limits of that M1 Max chip, obviously, but they do ensure that I remain highly productive and keep the business ticking over in between edits.

I do like my accessories, and a MacBook Pro is never complete without a bunch of peripherals to really bring it alive.

Apple was kind to us this time around. The new MacBook Pros come complete with enough ports to satisfy most users (there’s even an HDMI port!), and it’s an approach which has reduced the number of dongles I need just to get stuff done.

As mentioned earlier, I edit my videos directly from external SSDs. My weapons of choice come from SanDisk, and, in particular, the 1TB Extreme Pro (of which I have two). These offer up to 2,000MB/s read speeds, but it’s important to note that the MacBook Pro will never achieve that rate with an external drive. Indeed, I’ve recently added a 2TB Extreme edition (which has ‘just’ a 1,000MB/s maximum read speed), and it performs identically.

There’s just one other peripheral I’d like to mention today, and I apologise immediately if I sound like a broken record. It’s the Logitech MX Master 3.

Don’t get me wrong – the trackpad on the MacBook Pro remains the best on the market, but as a video editor, nothing beats the MX Master three for sheer ergonomical joy (I’ve made that phrase up, but I do not care). It is an utter delight to use, and, combined with the raw power of the MacBook, enables me to smash through video edits like nobody’s business.

It’d be understandable if you looked at my use case for the 16-inch MacBook Pro and questioned my sanity.

For instance, if I’m writing, emailing, budgeting, or doing anything else that doesn’t involve audio or video production, the most expensive laptop I’ve ever purchased remains tucked away in its protective case. In fact, it only ever gets used when I’m making a video, editing a podcast, or sprucing up a raw photo. 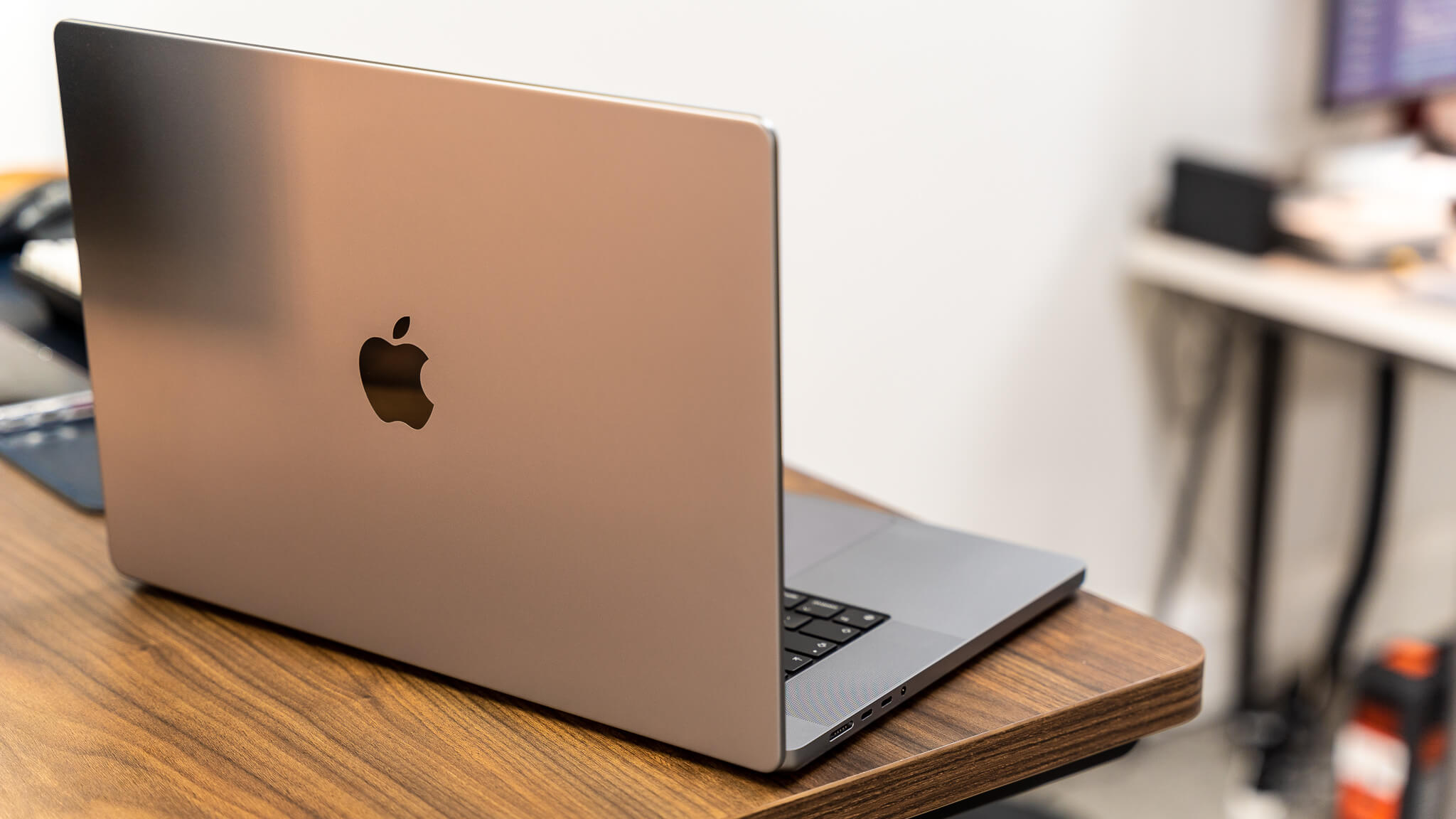 But that’s kinda the point. If you’ve got the budget for it, having a production-only Mac is a brilliant way to both prolong its life and keep it as clean and damage-free as possible (although I’ve already screwed up with the latter).

The fact that this particular production machine is portable means I’m always on schedule with my content. Videos are consistently scheduled well in advance, and I can smash out an edit of the Eight or Sixteen podcast first thing on a Saturday morning from the comfort of the dining room table.

The main duties of my 16-inch MacBook Pro are as finely tuned as the machine itself, and I’m rather proud of that.

How do you use yours?

I’m curious – how do you use your MacBook Pro? Is it a production-only powerhouse like mine, or do you put it to use more comprehensively at home or within your line of work?

Get involved in the comments!