There’s a new Pixel on the block, and it’s really rather wonderful.

I’ve been using both the Pixel 7 and Pixel 7 Pro for over a week now and I’m a bit smitten. The build quality, performance, camera, and OS experience on Google’s latest smartphones are just as wonderful as the iPhone.

This leaves me with one very obvious comparison. To my left, I have the Pixel 7 Pro resting confidently next to the iPhone 14 Pro Max.

“Come on then, mate. What have you got?” it appears to be saying, looking the new iPhone up and down from its Dynamic Island to the withering Lightning port.

I’m going to keep this comparison as simple as it needs to be for anyone choosing between these two flagship phones. Because it’s actually pretty straightforward.

This is extremely competitive pricing when placed alongside the iPhone 14 Pro Max, which has seen a price hike over the iPhone 13 series in several regions.

Sure, you get more storage options with the iPhone, but if you max it out to 1TB, you’ll be asked to spend a trouser-filling £1,749 on your new portable telephone.

There is absolutely no contest here when it comes to pricing if that’s your main point of comparison.

There was a time when the iPhone always felt more premium than most of the competition. The materials chosen by Apple never feel cheap, and the build quality has remained second to none right from the start.

That is, until now. Android phone manufacturers are pretty much on level-pegging with Tim and co. these days and the latest Pixel devices are a brilliant example of this.

Both devices feel bullet-proof and satisfyingly premium. Shiny polished frames separate each device from its respective lower-end model. They look and feel like expensive, flagship phones – as they should.

The Pixel 7 Pro is slightly lighter than the iPhone 14 Pro Max (212g versus 240g, to be exact) which makes it more balanced in the hand and less cumbersome.

There are a couple of issues with the Pixel, though. Firstly, it’s a slippery beast when naked – far more so than the iPhone. Secondly, the metal band that surrounds the camera housing is easily scratched – it’s something you’ll need to accept pretty quickly if you go for the Pixel.

The iPhone just pips the Pixel on this one due to those minor niggles. But it’s close. So close.

You know me – I’m not about to throw a bunch of benchmarks at you; there are some very smart reviewers out there who will provide detailed comparisons between these two phones in that regard.

I prefer to look at smartphone performance and the display with a regular consumer’s eye, and that makes this part of the comparison pleasingly simple.

We’ll start with performance. The iPhone 14 Pro Max is a super fast phone, thanks to Apple’s silicon and the way in which it marries perfectly with iOS. Just like every iPhone, it is buttery smooth and will remain that way for longer than most people keep their phones.

The Pixel 7 Pro is on a par with the iPhone in this regard. The Tensor G2 chip appears to be just as well matched to Android, and you do get the purest Android experience on these Pixels. That’s why the performance is so iPhone-like. The only question is long-term support from Google, which has always been a bit of a grey area.

When it comes to the displays, there really isn’t much in it – unless you dig into the specs. On paper, the iPhone has a higher contract ratio, brighter peak brightness, and True Tone for a more natural white balance. But in reality, they look pretty much identical.

Despite that peak brightness deficiency, the Pixel 7 Pro is just as legible outdoors, and I can’t spot any difference in contrast between the two devices. They also both have variable refresh rate screens that go right up to 120Hz and full HDR support.

Indeed, the biggest difference between the two is the presence of Dynamic Island on the iPhone 14 Pro Max, which is more of an OS feature than a display spec.

Oh, and a quick note on biometrics. Both phones offer facial recognition, but the Pixel 7 Pro includes a fingerprint reader beneath the screen. It’s fast, and convenient, and I wish Apple would do the same.

Winner: it’s a tie (but bonus points to the Pixel 7 Pro for the fingerprint reader)

Comparing iOS with Android is tricky because we’ve reached an era where they’re incredibly similar in terms of core functionality.

This is particularly the case if you opt for a Pixel phone, because, as noted earlier, you’re getting access to a completely stock version of Android without any of the crap the likes of Samsung inject into it.

App support across both platforms (for me, at least) is pretty consistent, even if the iOS versions often feel slightly more polished than their Android counterparts.

It all comes down to the ecosystem. I’m welded firmly within Apple’s, and there are two things that stop me from switching allegiances – the Apple Watch and the brilliant Handoff which enables me to conveniently transfer stuff between devices.

But the Pixel ecosystem isn’t that far off for people who’d rather have the Pixel Watch than the Apple Watch and who aren’t as obsessed with copying and pasting between devices like yours truly.

Winner: iPhone 14 Pro Max (entirely for my use case)

I’m not going to dive into a deep camera comparison, because this is such a subjective topic.

Instead, I’m going to show you four images and let you make your own mind up as to which you prefer.

Starting with the selfie cam, you can immediately see the difference in white balance. There’s a touch of magenta to the Pixel 7 Pro photo and a fair amount of contrast versus the iPhone’s effort (this is a common trait of Pixel cameras). However, the iPhone has nailed the exposure on my face, which is what matters in this instance. 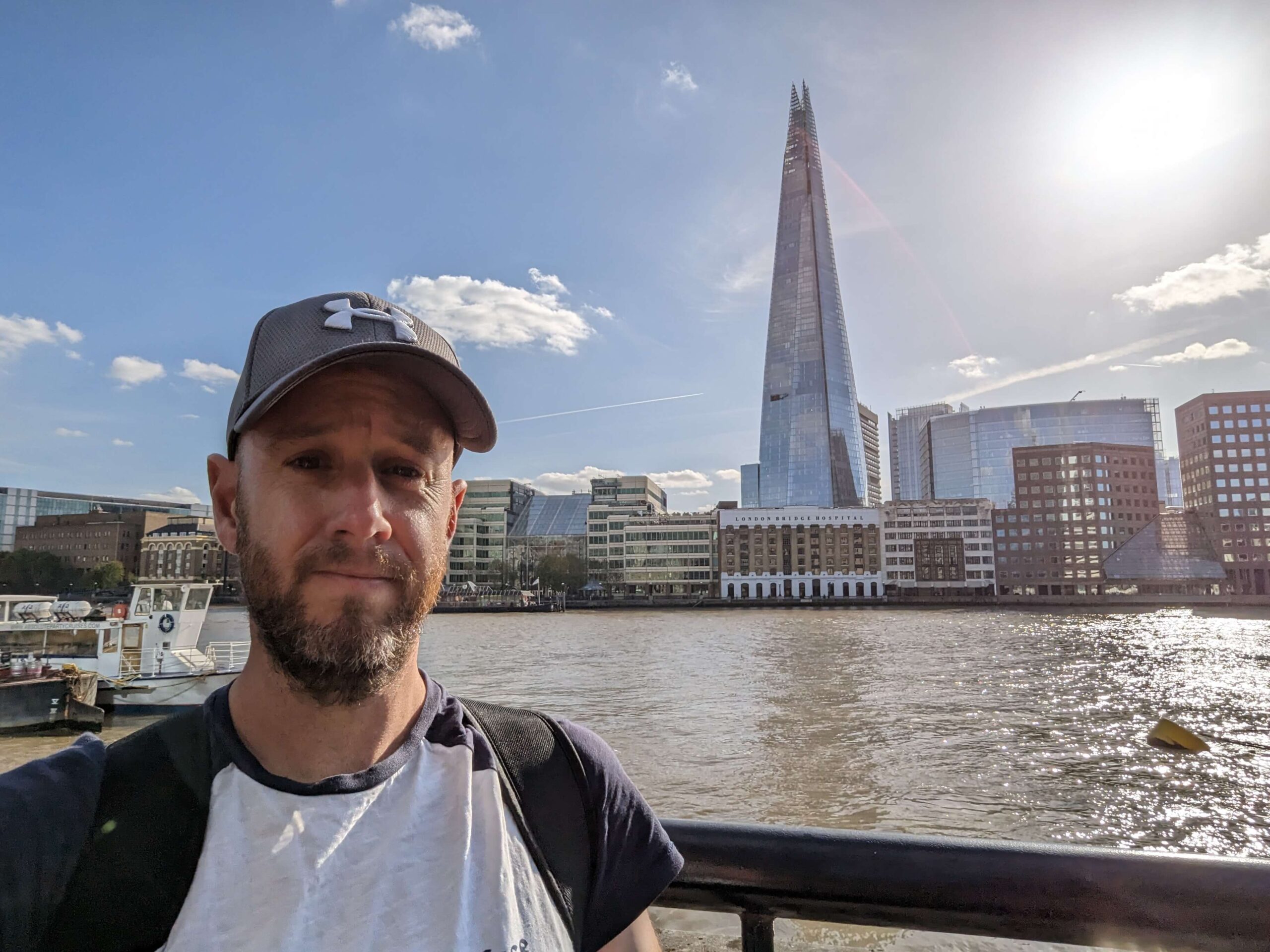 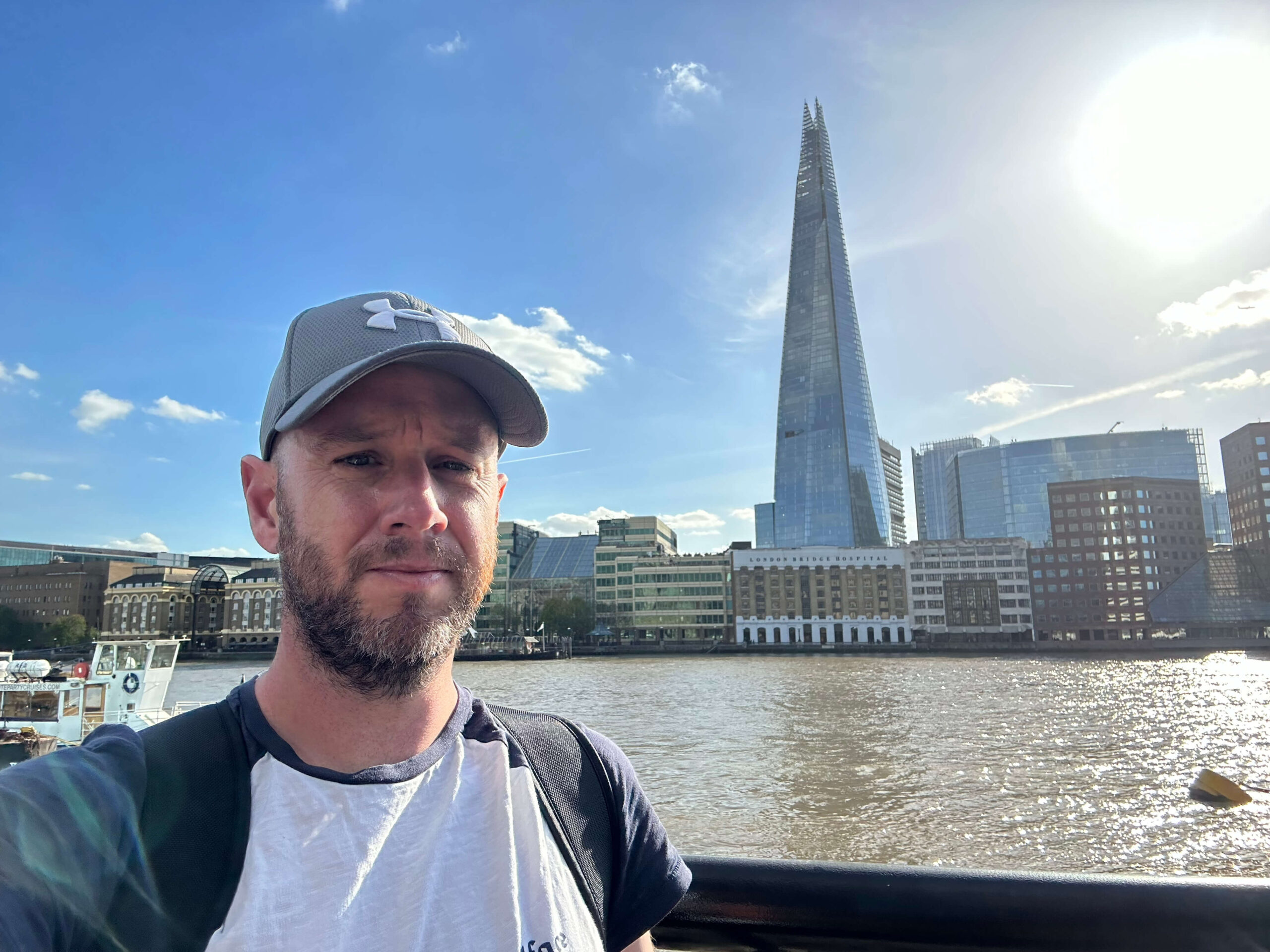 Next up, we have a classic snap of London which really reveals the difference between these two camera systems – and why I’m so fond of the Pixel. The Pixel 7 Pro shot has far more impact; it’s as though someone has nudged up the clarity slider and softened the colours just the right amount. By comparison, the iPhone misjudges the white balance (there’s a hint of green throughout the image) and feels like it needs a tweak to make it come alive. 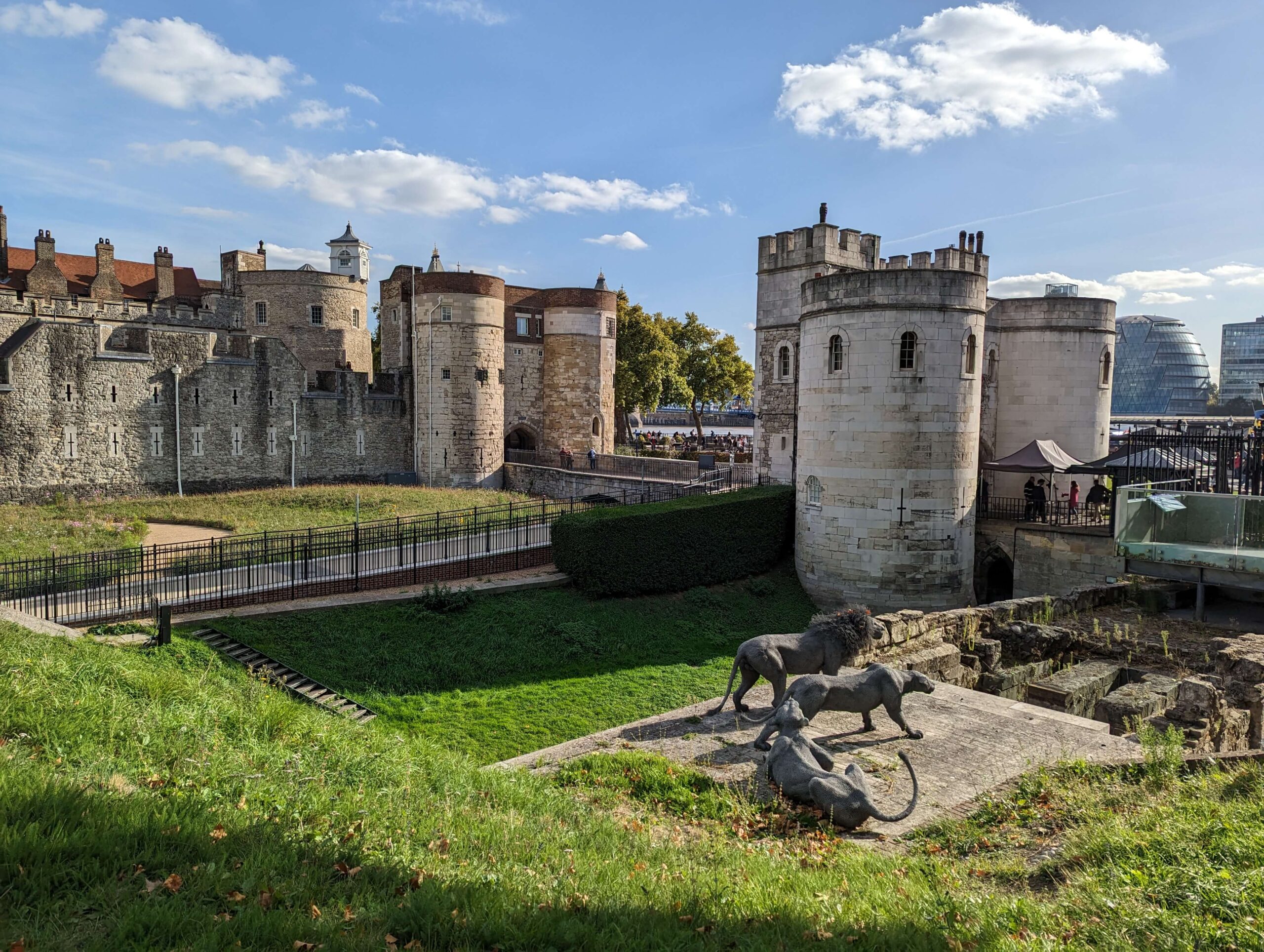 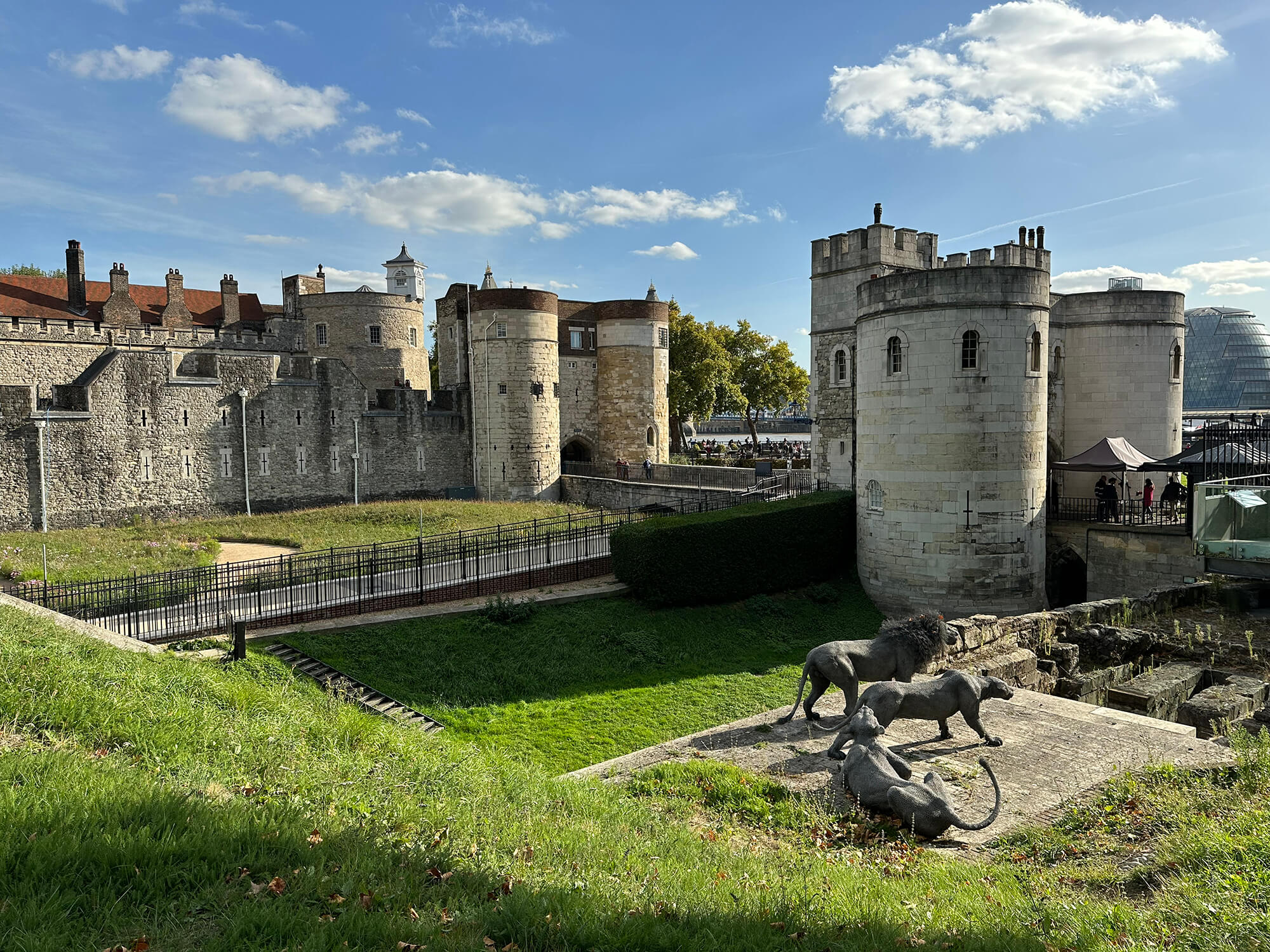 It’s a similar story with this next image. The Pixel loses some points due to softer corners, but I still much prefer the way it has processed the image for clarity and contrast. 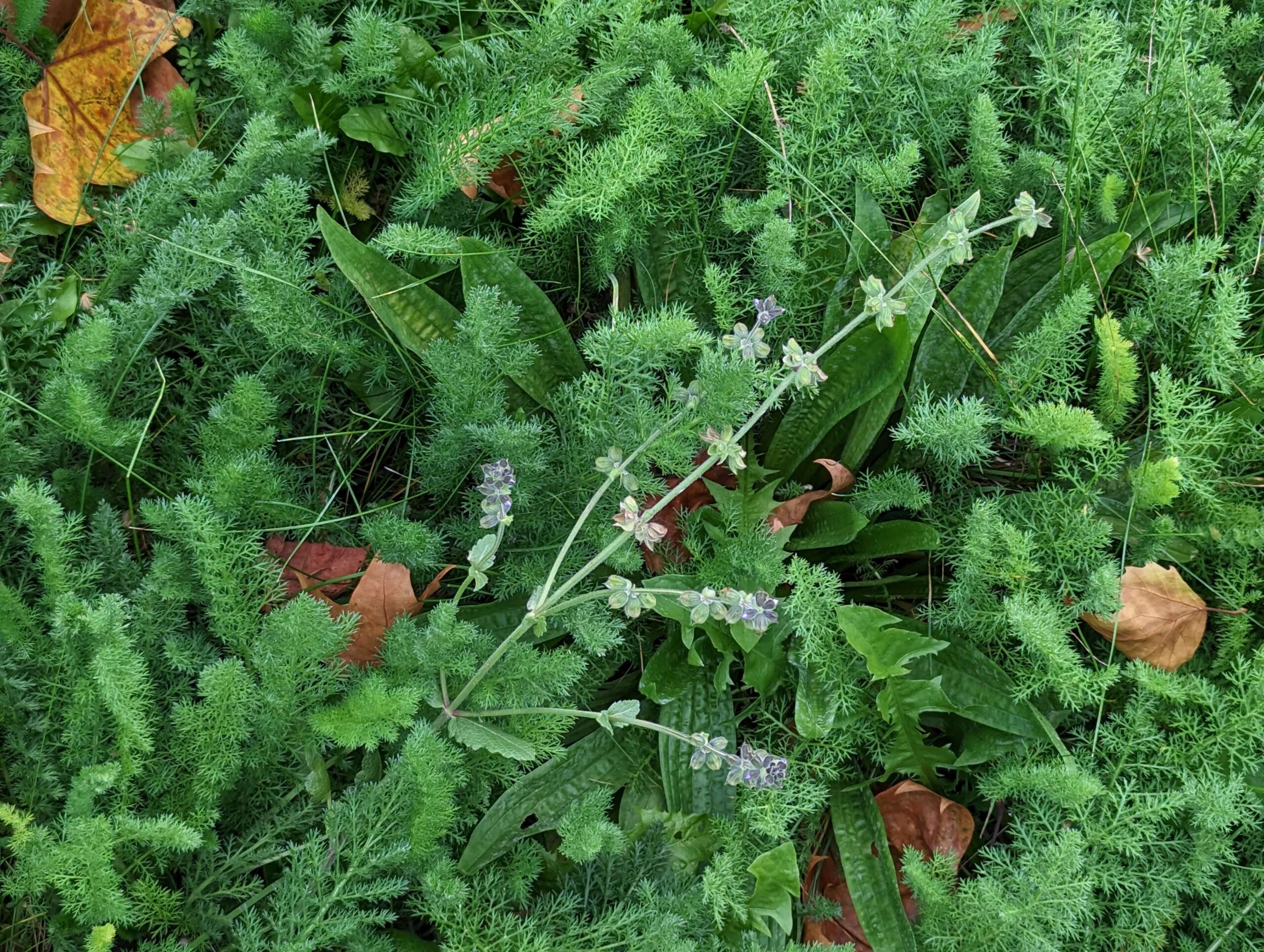 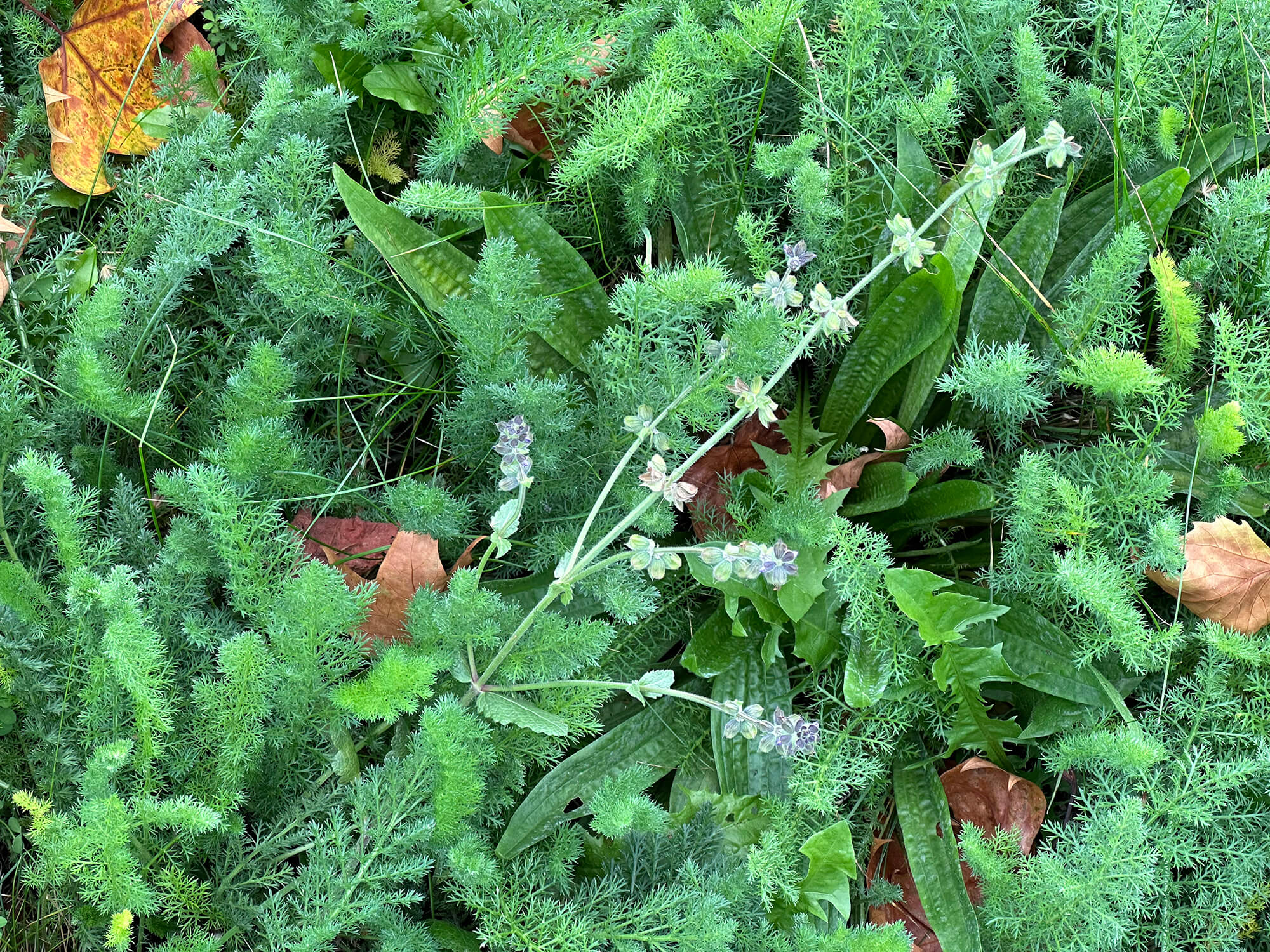 Lastly, we have night mode, and there’s no competition. Look at how well the Pixel has drawn out the detail in those shadows. It’s worth noting that this photo was taken well after sunset and it was pretty much pitch black around that lake. 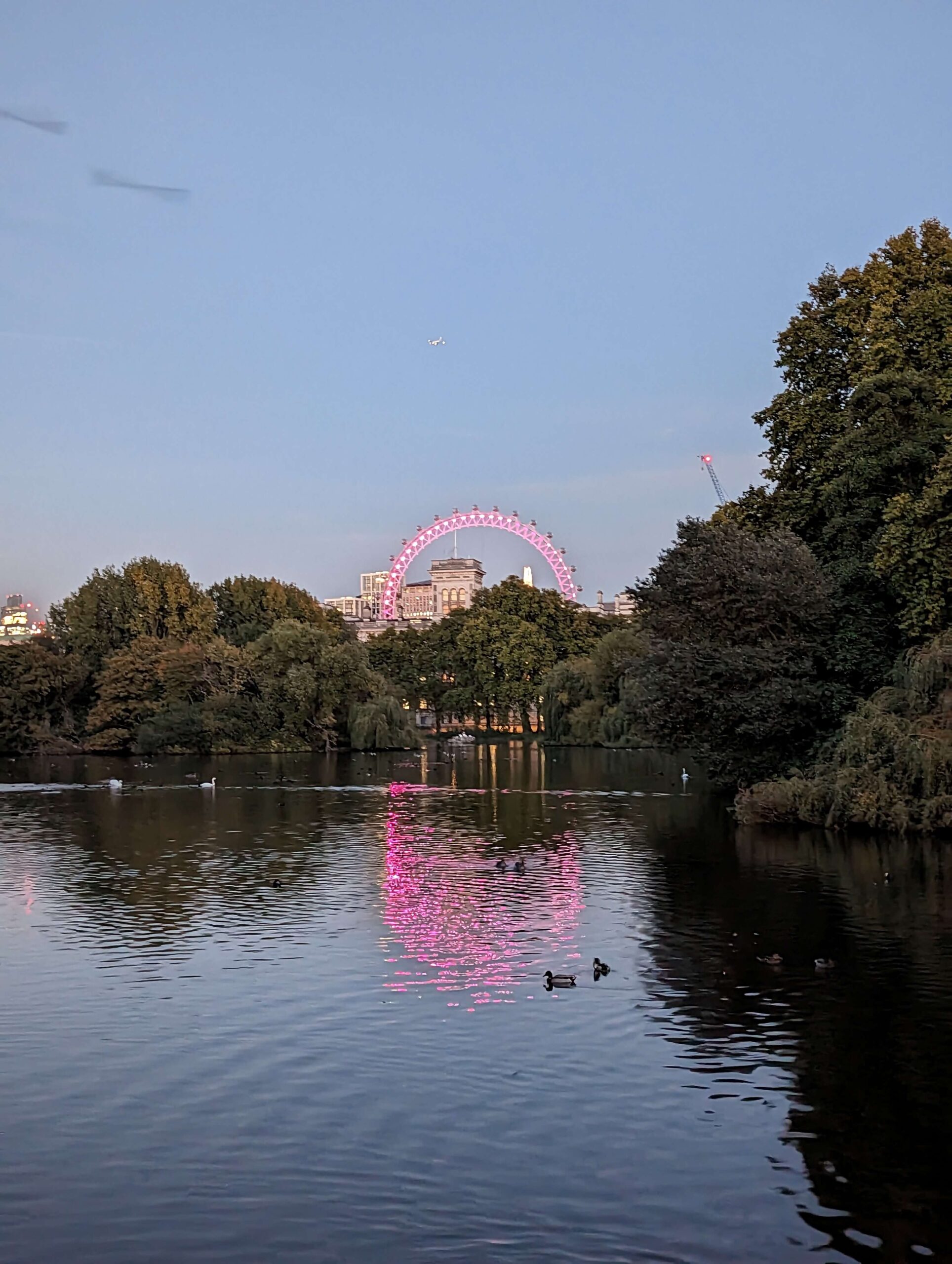 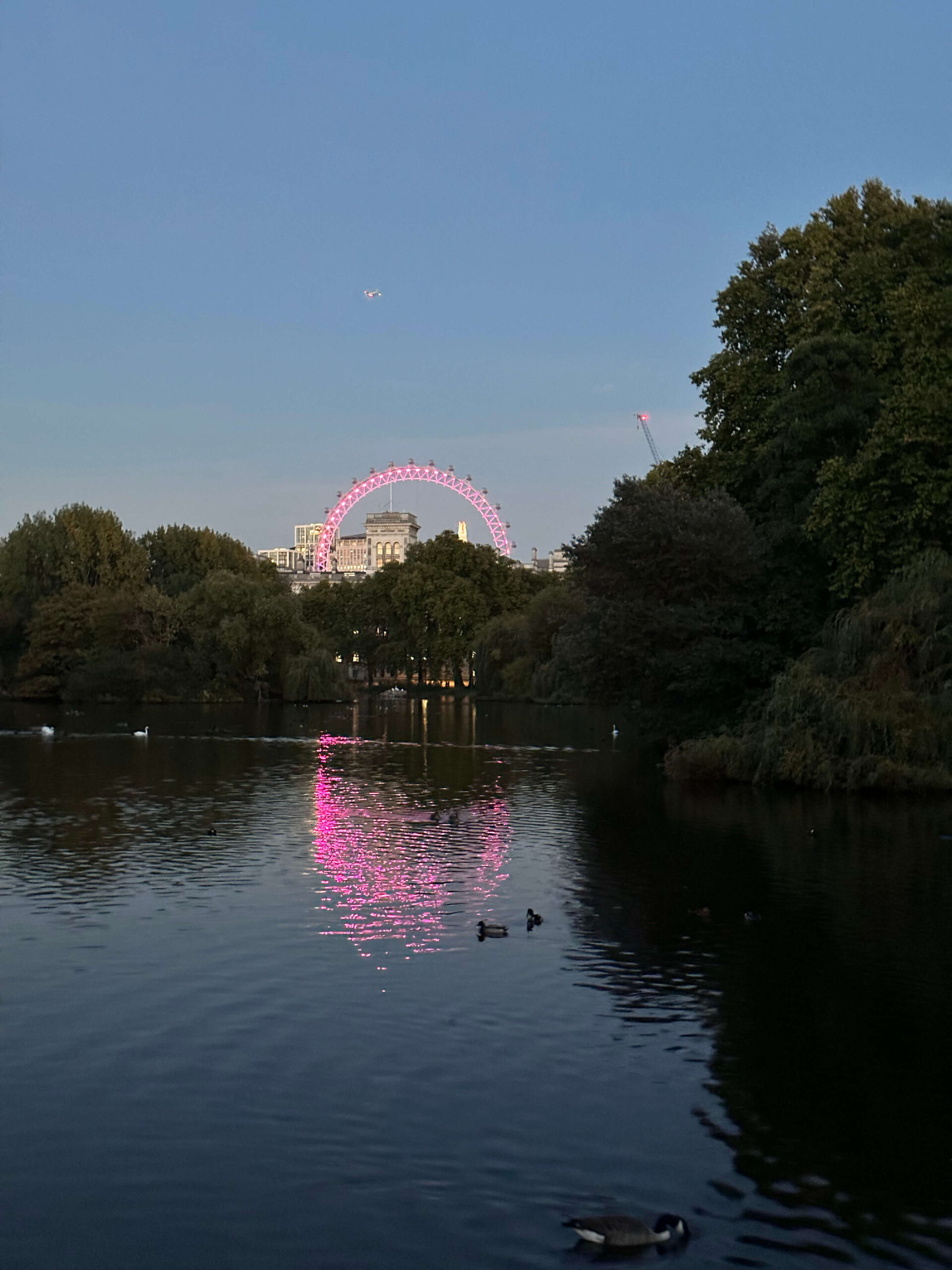 When it comes to video, they’re close, but the iPhone just pips it thanks to a sharper 4K image, better stabilisation, and a more advanced cinematic mode.

Winner: Pixel 7 Pro (but it really is a matter of taste)

My battery testing is, as you might expect, rather simple. I just use these devices normally.

By ‘normal use’ I mean web browsing, playing audio, using WhatsApp, checking YouTube Studio, taking photos, and shooting the odd video. I don’t play games and don’t really do anything out of the ordinary with my phones.

This makes my use case quite a good benchmark, and I can confirm that these two devices offer two-day battery life under those conditions. Both feature excellent standby time (you’ll possibly squeeze another half day out of them with limited use), and the battery-saving features built into iOS and Android are equally great when you need them.

My recent trip to London did put them both to the test, though. Shooting 4K video all day and barely putting these phones down saw them reach the end of their battery life by around 3PM. The iPhone had a smidgen more, but neither device would have made it to the end of the day. That’s not ‘normal use’, but it does prove that these devices are fallible when you really give them a hammering.

There’s so little separating these two devices. If I wasn’t welded into the Apple ecosystem (some days, I dearly wish I wasn’t) I’d switch to the Pixel 7 Pro today – it’s that good.

This is wonderful, but also frustrating as a reviewer because it makes recommending the right device rather tricky. But there is one unavoidable aspect this year, which puts some serious wind behind Google’s sails – the pricing.

Spending over £1,000 on a smartphone isn’t the highest priority for most people at the moment. Apple is fast pricing itself out of the market for many consumers, and it’s only the presence of subsidised phone contracts that keeps them in the game.

I really mean that. Look at the price difference between these two phones – it’s huge. Based on that, and if you’re buying your next phone outright and without help from a carrier or trade-in arrangement, the Pixel 7 Pro is the clear winner. Top marks to Google for being so bold with their pricing and positioning.

Which one are you going for?