I’m sure more than one eyebrow has been raised about my decision to switch from the iPhone 13 mini to the iPhone 14 Pro Max.

I have, after all, spent the last twelve months telling you all how wonderful Apple’s diminutive smartphone is. And it still is exactly that – a brilliant, convenient, delightful little thing.

But as a tech reviewer, I have unusual purchasing habits. I buy more Macs than anyone realistically needs, and later this week will have access to two smartwatches – one of which I definitely don’t need.

When it comes to smartphones, I need to keep my options open and answer the needs of my business, which is becoming increasingly reliant on a device that has great battery stamina and a killer camera system.

Ok, ok; a lot of me just wanted to try out the big one again.

With that confession out of the way, here’s what I’ve learned in three days of switching from the iPhone 13 mini to the iPhone 14 Pro Max.

Earlier this year, I spent some time with the iPhone 13 Pro Max, but I’d forgotten just how big and heavy it was.

The vastness of the Pro Max comes with its own complications, which I’ll get onto in a moment, but the weight is something that threw me when I first unearthed it from the box.

The iPhone 13 mini is a light device; there’s barely anything to it. By comparison, the iPhone 14 Pro Max feels like an absolute slab of technology.

What’s strange is that I haven’t found this disconcerting or annoying (yet) – it’s actually rather reassuring, having laid out so much money for this thing.

My iPhone 13 mini spent most of its life naked. This resulted in me dropping it down the toilet, knocking it off a treadmill, and inadvertently throwing it onto bare concrete during the filming of a vlog. 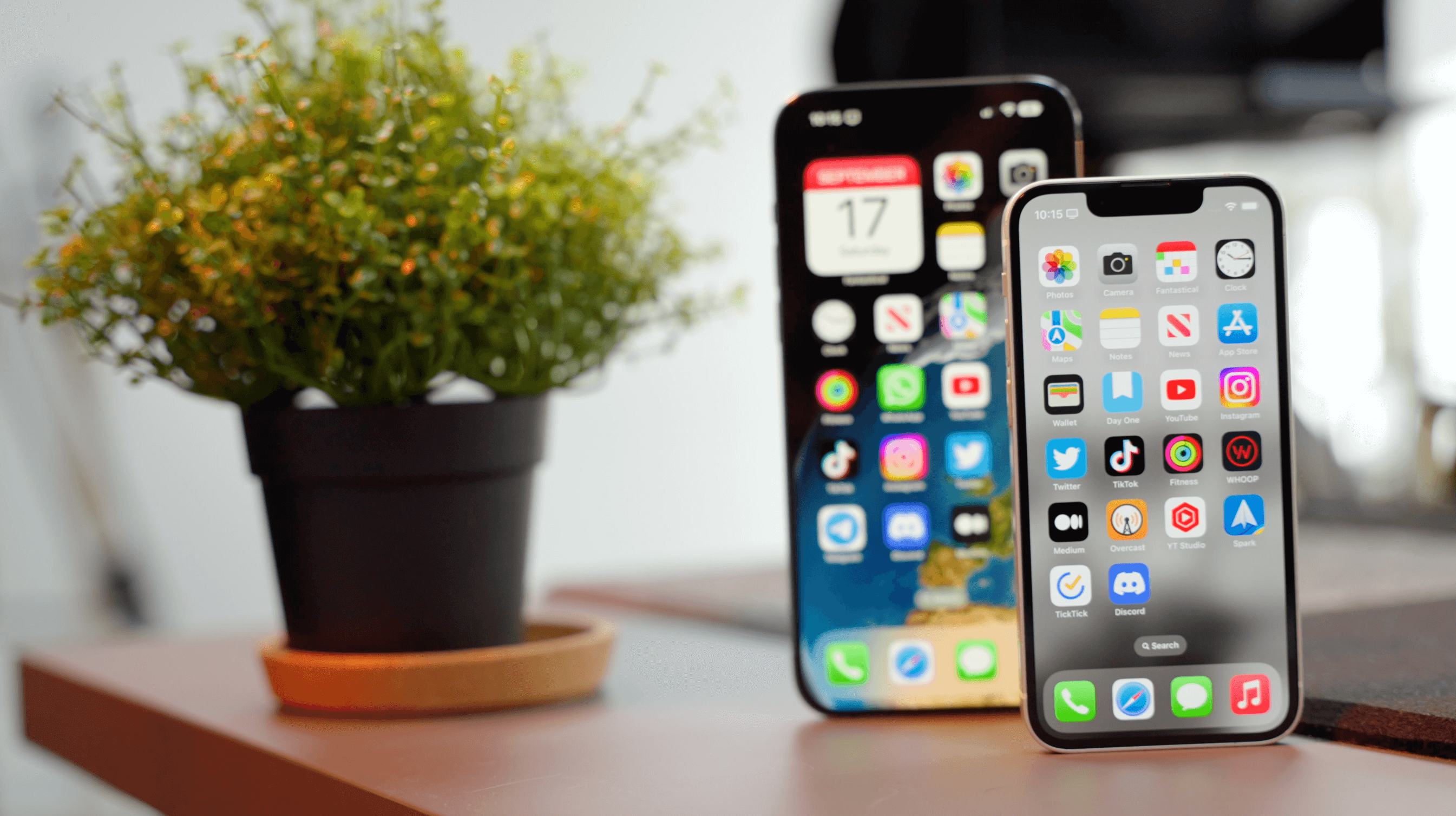 Despite those three scrapes, it remains in remarkably good condition, and those clumsy episodes were few and far between and entirely down to my own stupidity. I never felt close to dropping the iPhone 13 mini, day-to-day – it always felt incredibly secure in my hand.

The iPhone 14 Pro Max doesn’t. Due to that weight, width, and height – not to mention the gloriously premium materials used – mine has gone straight into full-on protection thanks to a Benks case and sapphire screen protector.

It will remain that way.

Sticking with the bloody-hell-this-thing-is-massive theme, I’ve had to re-adapt quickly to two-handed smartphone use.

This was the crowning glory of the iPhone 13 mini – the ability to safely use it with one hand and reach everything on the screen without the need for arthritis-inducing finger gymnastics.

Those days are gone. The iPhone 14 Pro Max is a two-handed device (for me, at least). Any attempt to use it one-handed when typing, web browsing, online shopping, or accessing anything that’s more than two-thirds of the way up the screen is futile.

Maybe I need to invest in cargo pants. Perhaps I have unwittingly developed a penchant for buying jeans and shorts with shallow pockets. Whatever I’ve done, the iPhone 14 Pro Max is a bit of a trouser destroyer.

This isn’t problematic when walking around, but as soon as I decide to take a seat, my new mammoth phone makes its presence felt – immediately. It’s a bit like having a miniature 16-inch MacBook Pro attached to your leg; that slab of aluminium moulds against your thigh and begins to slowly seep out of your pocket.

As a result, I’ve taken to carrying the iPhone 14 Pro Max around in my hand more often than stowing it away. I’ll report back on whether or not this is an utterly stupid way to own a smartphone.

There are some nice trade-offs with that big screen.

It took me a while to get used to typing on the iPhone 13 mini’s tiny screen, and if I’m honest, I never truly adjusted to its size. If anything, it made me an even lazier typist than I was already and left me regularly relying on autocorrect to sort out the incoherent collection of letters I’d bashed into the screen. 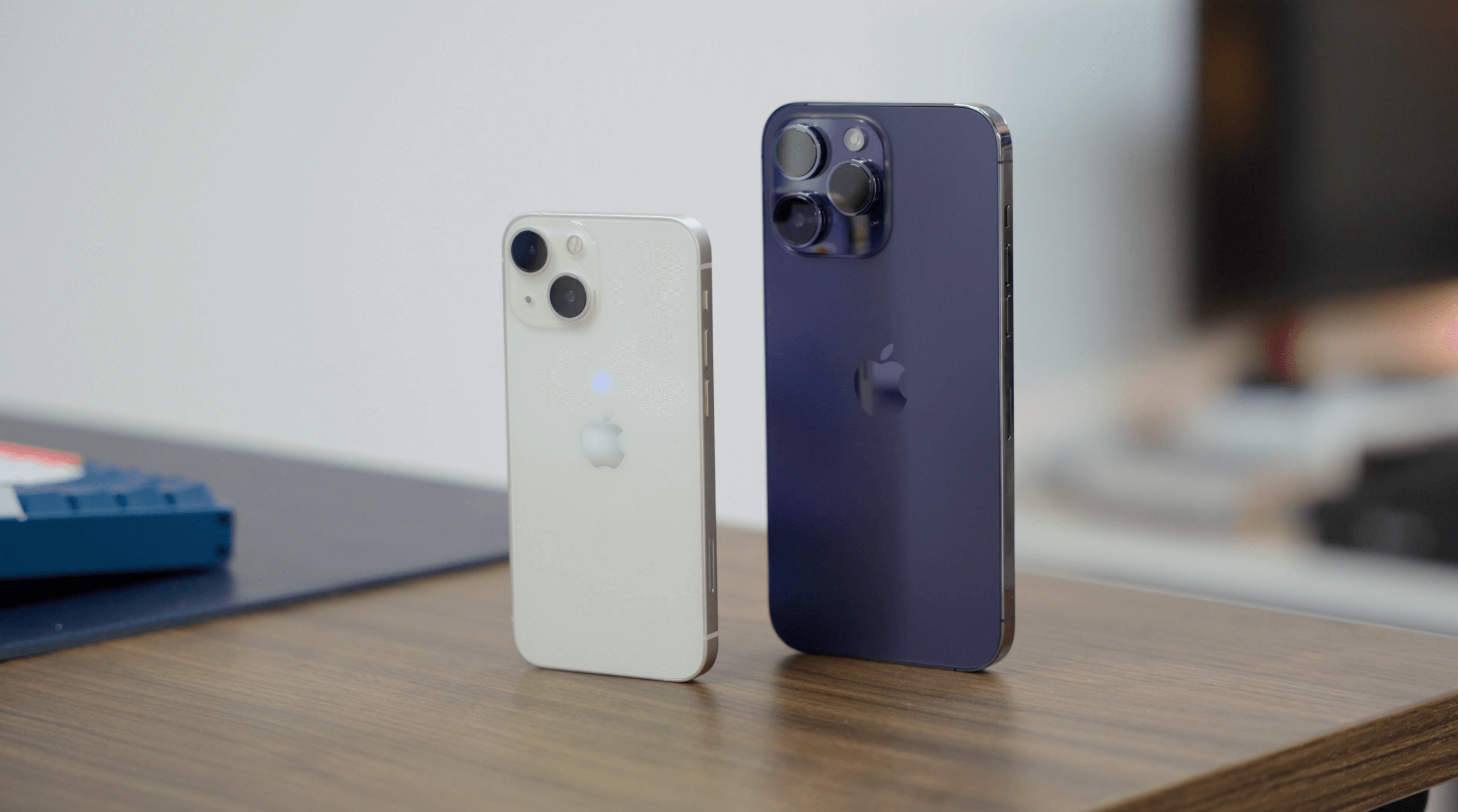 When I began typing on my shiny new iPhone 14 Pro Max, the difference was stark; it was so enjoyable – so fluid. I think this is for two reasons. Firstly, it’s the two-handed nature of the device, and, secondly, the fact that the keyboard is far more appropriately spaced than on the iPhone 13 mini.

I’ve previously dismissed ProMotion on both the iPhone Pro line and the MacBook Pros as being nothing more than a nice-to-have. I maintain that (no one needs a variable refresh rate screen) but there’s no escaping that it’s a rather lovely thing.

Unlike the MacBook Pro variant of ProMotion, the maximum 120Hz refresh rate is visible consistently throughout iOS and makes the iPhone somehow feel even more buttery smooth than it ever has in the past. Which it always has.

If you’re going from a 60Hz iPhone to the iPhone 14 Pro or Pro Max, this will be one of the first things you’ll notice and be delighted about.

7. That extra lens is nice

The iPhone 13 mini’s camera system is superb, and I’ve been blown away by some of the images it has captured.

But it was missing one lens, which, as it turns out, is far more important than I’d thought.

It’s the telephoto. The ability to punch in at 3x (and now 2x, thanks to that 48MP sensor) makes the camera system on the iPhone 14 Pro Max so more convenient. This weekend alone, I’ve used that telephoto more than the other two lenses.

8. The battery is game-changing

I’ll report back on more specific battery ‘tests’ soon, but I can’t finish this list without noting that the stamina offered by the iPhone 14 Pro Max vs the iPhone 13 mini is, obviously, vastly impressive. 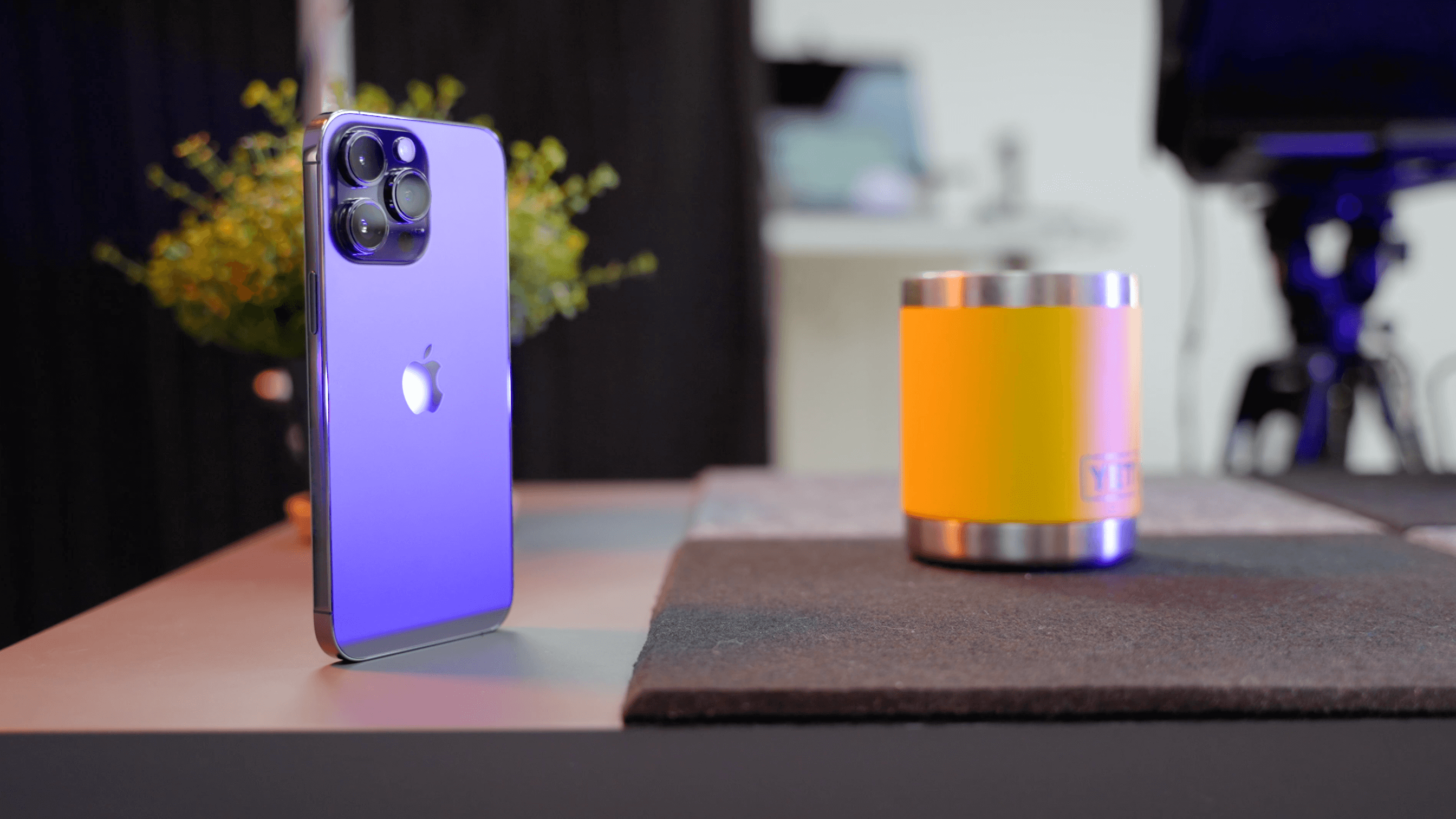 With the always-on display enabled, and lots of use throughout the day, my iPhone 14 Pro Max usually has around 40% battery life left when it’s time to hit the sack. A bit like the M-based MacBooks, my new phone has immediately wiped itself out of the battery concern list.

It’s nice to finally own an iPhone that, with some tweaking, will clearly make it through a couple of days.

The iPhone 14 Pro Max is a beast of a phone, but it is not for the faint of heart. The trade-offs are huge, literally, and you’ve really got to want this phone if you’re to avoid regretting dropping so much hard-earned cash on it.

I think I can live with those trade-offs. Whether I’ll tire of the need to carry rather than pocket it will be interesting, but that’s a risk I’m willing to take.

Do I miss the iPhone 13 mini? Absolutely. I’ll let you into a little secret – I was going to trade it in against the iPhone 14 Pro Max, but now that the packaging has arrived for its return, I can’t bring myself to do it. I don’t want to let go of Apple’s last attempt to make a popular small smartphone.

In two weeks’ time, I’ll be returning with a two-week review of the iPhone 14 Pro Max. Many more thoughts are already stewing.