Breaking Down the AirPods Max (and Their Biggest Challenge)

Breaking Down the AirPods Max (and Their Biggest Challenge)

I’ll let you into a little secret: running a small YouTube channel which focuses on tech reviews isn’t cheap. This is particularly the case when you cover a lot of Apple stuff.

I don’t get sent review units – I have to ‘invest’ in them with my business owner cap on.

With the M1 MacBooks, new iPads and a bunch more awesome tech from other manufacturers hitting the digital shelves recently, it’s been the usual costly end to a year.

And then Apple goes and launches a brand-new pair of headphones that cost £549. I really had to think twice about buying these – even for the benefit of my business.

And boy does Apple have a challenge ahead with these cans.

Let’s talk price for a moment. The AirPods Max (great name, by the way – I like it) cost an eye-watering £549.

They are massively expensive. No one can create a sensible argument for that price tag.

If you want an aux cable (i.e. to plug them into a device and avoid any Bluetooth latency), you’ll have to stump up another £35.

Oh, and you might need a charging brick, ‘cause there isn’t one in the box. And you may want some extra warranty, which means AppleCare at £49.

So, in total, you could spend £633 on these headphones.

Of the two above, the Sonys are streets ahead, in my book. I absolutely love them:

Apple’s AirPods Max make the Sonys look like the bargain of the century, and they were already seriously good value for money before the fruit company stepped into the fray.

So, after a couple of years where Apple has finally reduced certain iterations of its products (namely, the iPhone SE and Watch SE) to more acceptable, attainable prices, we’re hit with a product which is unashamedly ‘Apple expensive’.

These have to be amazing.

Mine are on order (yes, it hurt) and I won’t get them until early January, but in the meantime, let’s break these super expensive headphones down. 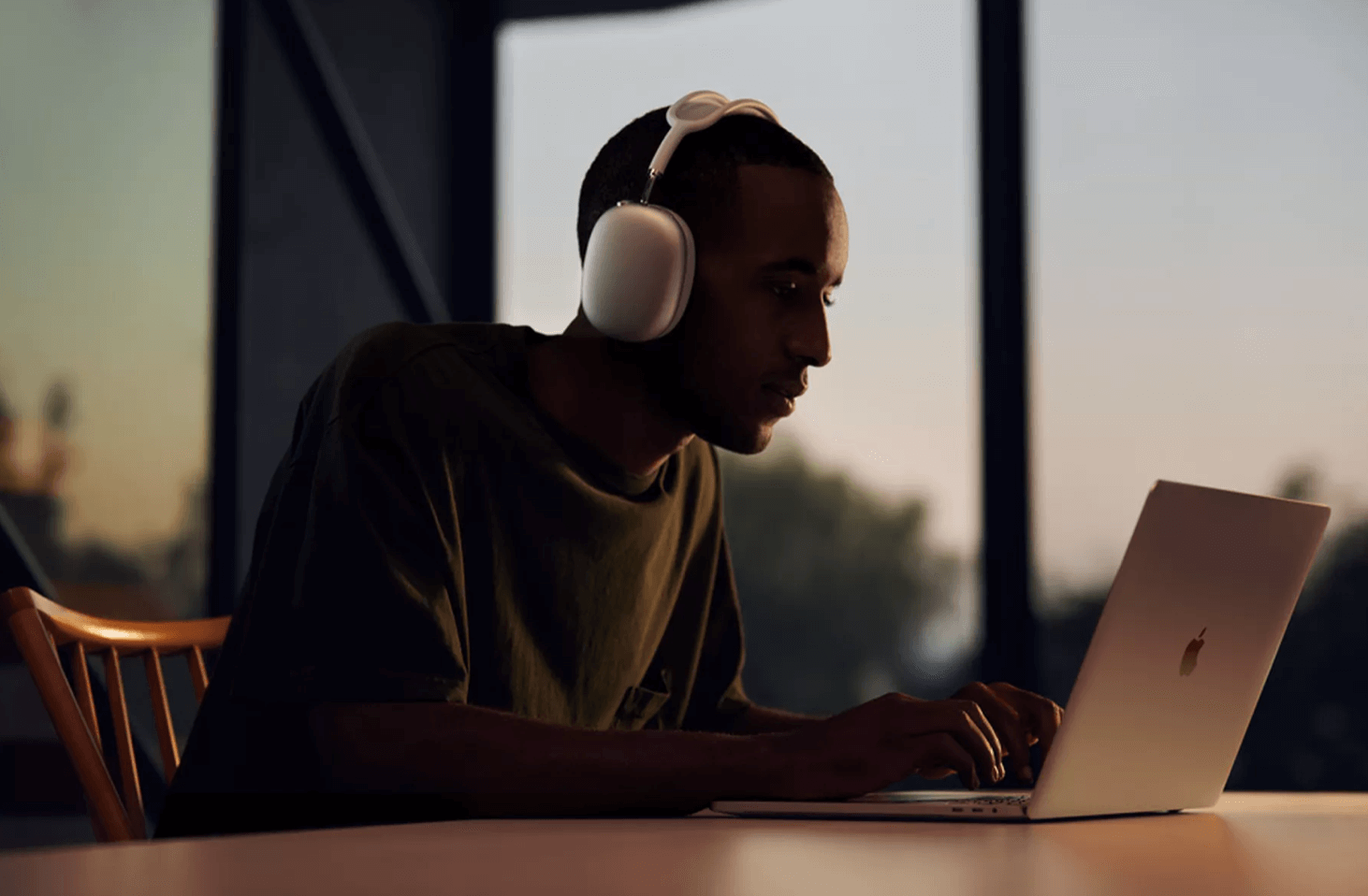 The overall design of the AirPods Max looks much like the renders we’ve seen on the rumour mill.

I like them. They’re not garish, not flashy and have that simple, typical Apple aesthetic which usually makes me think “well, that’s obviously what they were going to look like”. Smart design always does this; it’s the kind of design we all should have thought of (only Apple usually gets there first).

These headphones have all the trademarks of Apple: interesting design touches and impressive marketing tactics to make them sound even more valuable than they are.

A “unique suspension system”, “telescoping arms” and “warp net canopy” (I think that’s what they call it) basically mean they’re designed to fit as many heads as possible. Like most headphones.

Those ear cups, though. In so many of the product photographs, they look like massive Apple Watches, thanks to the button placement and use of a Digital Crown. That fascinates me, and clearly, the AirPods Max take design cues from most of Apple’s products:

So, they look pretty nice and reaffirm Apple’s current design aesthetic. Although they are clearly – and smartly – differentiated from Beats.

Let’s talk about the case 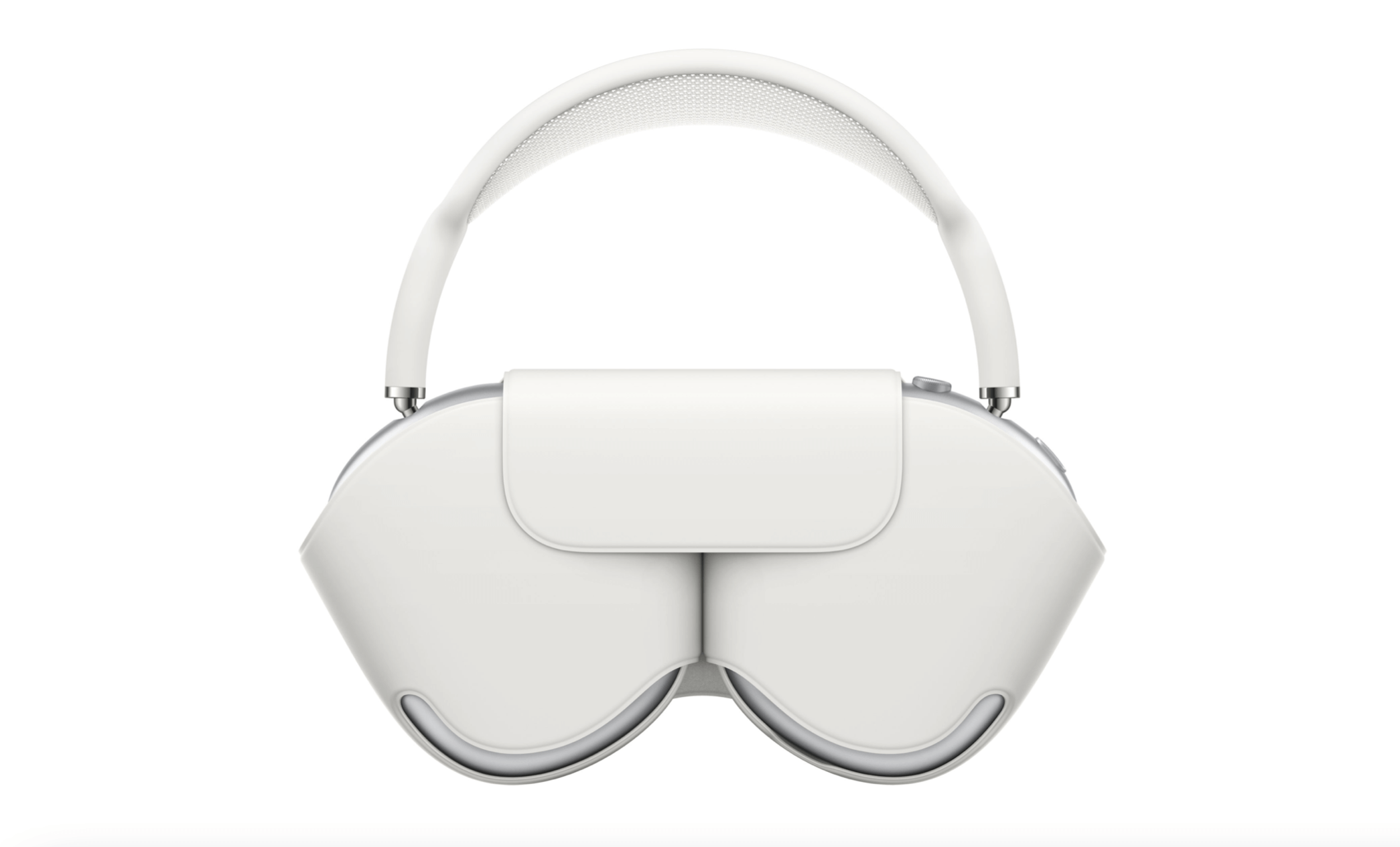 I showed the AirPods Max case design to my girlfriend.

Brow furrowed, she leaned forward and cocked her head to one side.

It does. In fact, if you Google search ‘AirPods Max’, you’re likely to be hit with a barrage of big media headlines and social chatter focused entirely on the case design.

It is biblically ridiculous. It’s as daft as the £1,000 Apple XDR Pro Display stand. It’s as silly as the original Apple Watch Edition. It’s as laugh-out-loud stupid as charging a premium for a different coloured Magic Keyboard.

It’s Apple at their most pretentious and obnoxious.

At first glance, I actually thought it looked like a handbag. But the more you look at it, the more it does look like a bra. That’s never going to be a good thing, whichever way you swing it (if you’ll pardon the pun).

I also think it looks rather impractical; a classic case of design over function, to be honest. Look at how many gaps there are. To me, it appears to be completely incapable of protecting the headphones from scratches. Certainly, I’d never throw it into my cycling bag like I do my Sony XM4s.

There’s going to be a mountain of memes about this; an avalanche of gifs and long threads taking the piss out of the case on Reddit. Joanna Stern was quick to lend her thoughts:

And the the AirPurse, the smart case that holds your $550 AirPods Max. (Case is real and included. Name is not.) pic.twitter.com/SPccsyXdCv

Podcasts and YouTube channels will also poke fun at it, before they get to the colossal price tag.

Apple… what on earth were you thinking?

The sound and noise cancelling 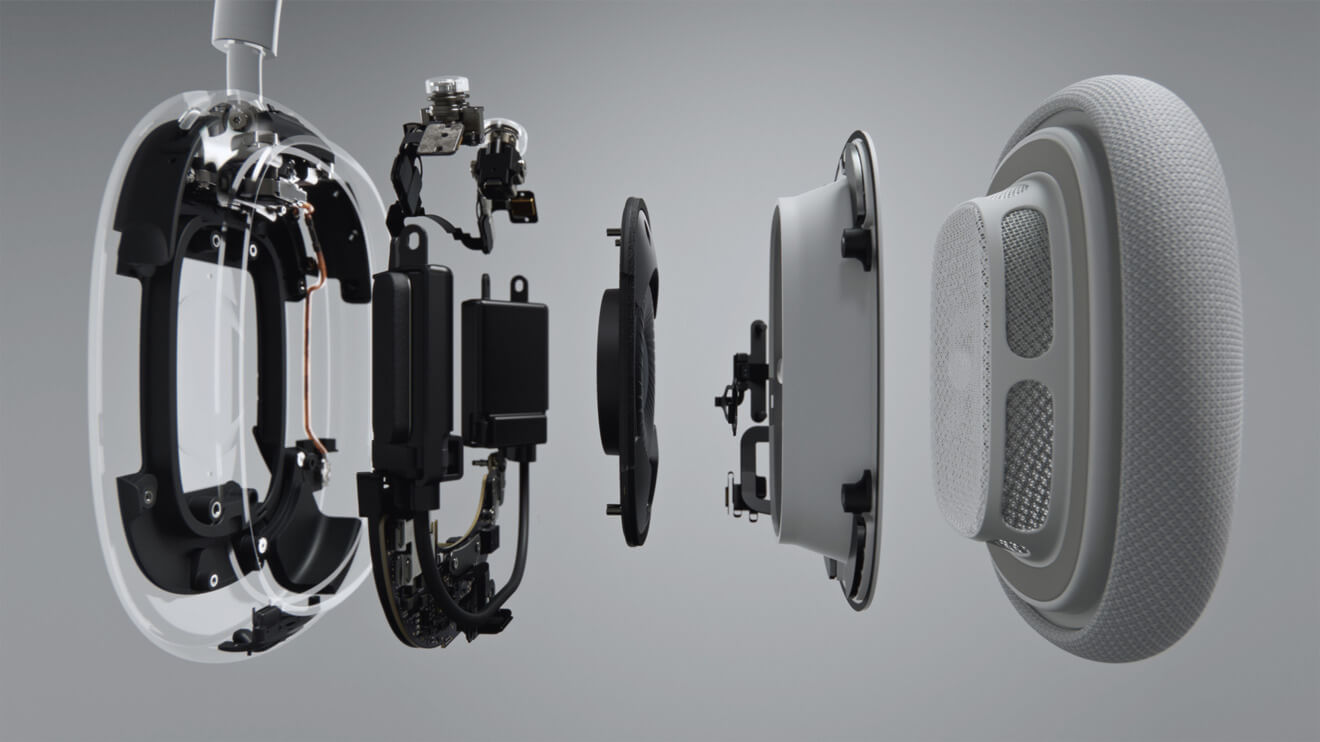 Obviously, I haven’t heard these headphones yet, and there haven’t been any early reviews released, either. Therefore, we have to go on what Apple tells us.

We’re teased about the “ultimate personal listening experience”. I have no idea what that means, but I understand what we might expect from adaptive EQ and spatial audio. The latter, in particular, might turn out to be a differentiator, but probably only when using these cans for watching films and TV (providing the content is compatible, obviously).

For me, the Sony XM4s are the gold standard at the sub £500 price bracket for headphones. They sound stunning. At £200 more, the AirPods Max need to be incredible. Otherwise, what are we paying that premium for, exactly?

At the very least, they need to be on a par with the XM4s (and XM3s, for that matter, which can be bought for £300 less than the AirPods Max at the moment).

I won’t settle for anything less, I’m afraid, Apple. Gimmicky spatial audio stuff doesn’t cut it for me. At this massively premium price, we want the absolute best sound. You’re bordering on entry-level audiophile territory here, and that’s dangerous ground in which to find oneself.

But even the best sound possible might not be enough for most people.

Oh, and a quick one on noise cancelling. Eight mics and accelerometers aside, it just needs to be industry-leading. Sony holds that current crown.

So, what else do the AirPods Max have to offer?

There’s a big play on convenience. It’s a fair one, too, because the H1 chip means these over-the-ear headphones will have the same super-convenient multi-device connection the AirPods have enjoyed since their launch. Tied to your Apple ID, they appear automatically on every Apple device you own and you never, ever have to think about pairing once the initial set up is done.

The “yikes” keep piling up, right?

There’s always-on Siri, which will be pitted against the built-in Alexa feature on the XM4s. The AirPods Max also have on-head detection which pauses and resumes playback when you remove and place the headphones back on your head – just like the XM4s.

As far as I can tell, that’s most of the stuff worth talking about.

Are you as underwhelmed as I was during my iPhone 12 Pro review?

Will they be a success?

It depends on how you – and Apple – define success. But one thing is for certain: the AirPods Max have a big challenge ahead.

They also have a rather unpalatable path to follow.

Remember the HomePod? You know, the big one which was massively expensive? It was too expensive for casual users and not audiophile enough for audiophiles. Will the AirPods Max fall into this category and ultimately become another guffaw on the bedpost of Apple missteps?

I’ll let you know in January.

All images courtesy of Apple