AirPods Pro 2 Review – Not What I Expected!

AirPods Pro 2 Review – Not What I Expected!

I wasn’t going to review the AirPods Pro 2.

This was for two reasons. Firstly, Apple’s unveiling of them at the Far Out event earlier this month was easily the most boring part of the entire show.

“Here’s your new AirPods Pro,” they said. “We’ve fiddled with the noise-cancelling and you can now attach a lanyard. Enjoy.”

The second reason I ordered a pair solely for myself and not to tell you lovely lot about was because I just couldn’t be bothered to cover yet another iterative release from Apple.

As it turns out, I’m an idiot.

This is also for two reasons.

I ran a YouTube poll yesterday to see if people wanted me to review the second-generation AirPods Pro. This was the result.

Oh, and the other reason I’m an idiot? The AirPods Pro 2 are second only to the incredible Apple Watch Ultra when it comes to the star of the iPhone event show.

These are ten things I’ve learned about AirPods Pro 2 in the short time I’ve spent with them.

Hold the original AirPods Pro next to their successor, and you’ll be hard-pressed to spot the difference.

Because there isn’t one. Unless you nitpick. 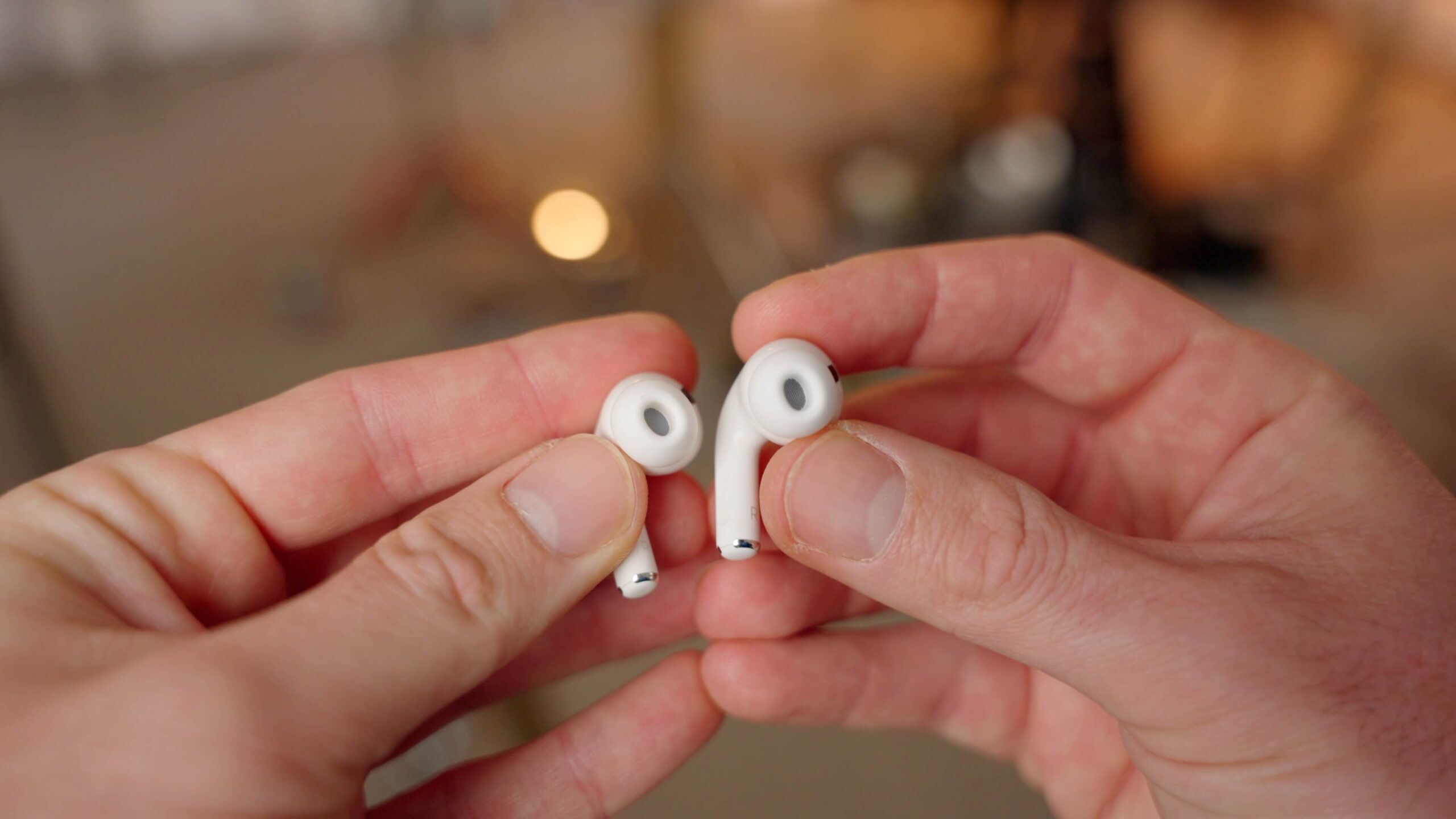 I haven’t bothered to pour over the measurements (because no one cares) but side-by-side, the earbuds look and feel identical. The only difference is a new position for one of the ear sensors.

This is good news. AirPods Pro have always been a great fit for me, and I don’t hear many grumbles from others. The only change Apple has made to the way they operate resides within the stems, which are now touch sensitive for volume (weird at first, but eventually convenient).

2. They still use Lightning

I forgot to get angry about this during my reaction video to the Far Out event, but I’m sad to say that, despite my daily praying, the latest version of AirPods Pro still use Lightning for charging.

Thankfully – and unlike the crippled AirPods Max – you can at least charge AirPods Pro wirelessly thanks to the case. But this doesn’t remove the fact that Lightning needs to be put out to pasture with the next version.

3. You don’t get the lanyard in the box

When AirPods Pro 2 were unveiled a couple of weeks ago, we were treated to the sight of them lovingly attached to a small lanyard. This is possible thanks to the new metal loop receptor (I’ve made that term up) that can now be found on the side of the AirPods Pro 2 case. 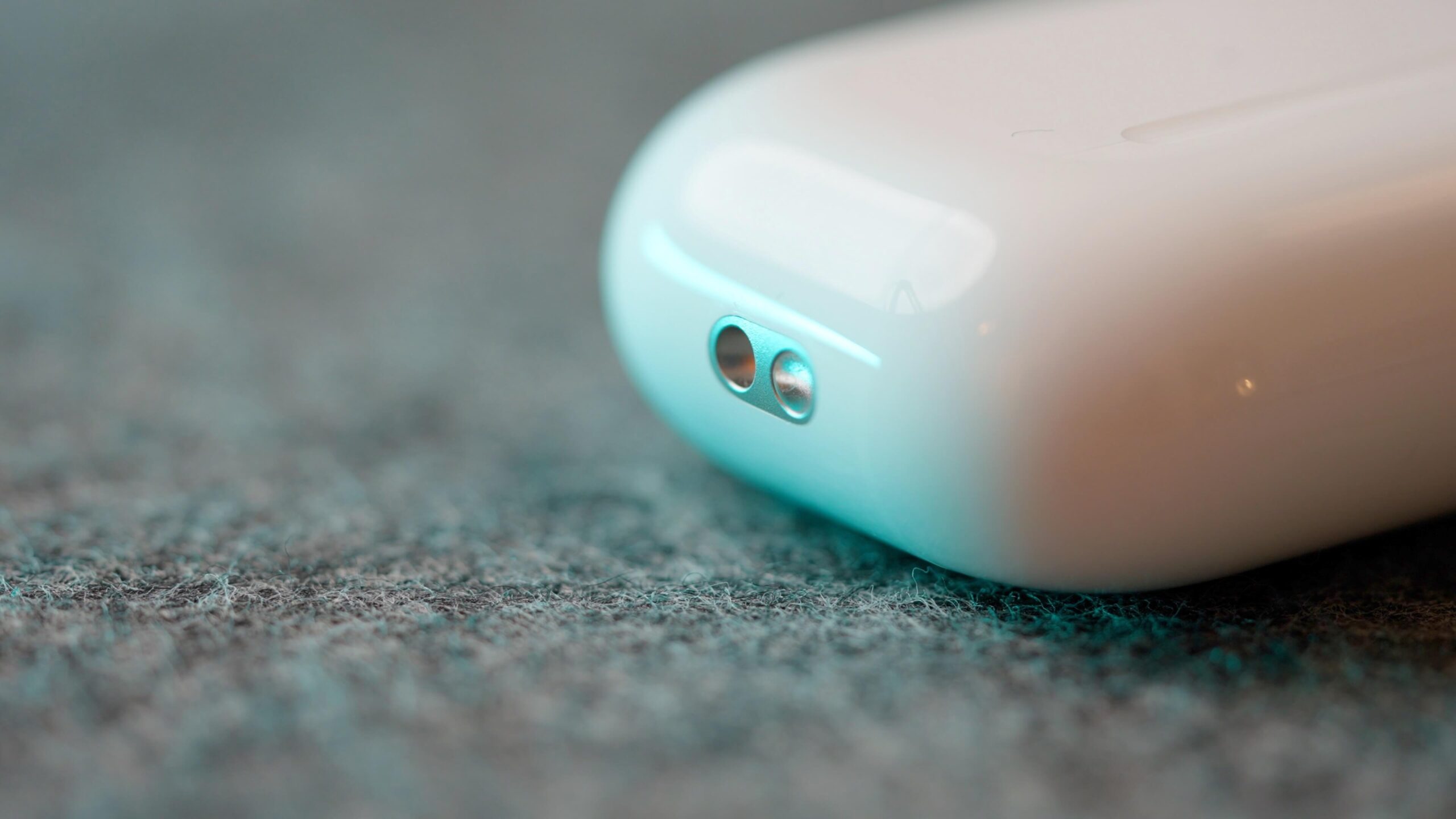 Here we go, I thought – another hilariously-priced Apple accessory that won’t come in the box and for which you’ll be expected to pay £49.99 (£129.99 if you want the white version).

I was right about it not being in the box. I’m afraid there is no Apple-branded lanyard anywhere to be seen – and not just within the packaging. I’ve scanned the Apple Store and they don’t make one of their own; instead, Apple appears to have left this job to Incase.

4. The case is a nice upgrade

While the new AirPods Pro themselves might look identical to the predecessors, the case has received a bit of a fettle.

It’s the same size and shape (because of course it is) but Apple has made some nice little tweaks that are genuinely useful, day-to-day. 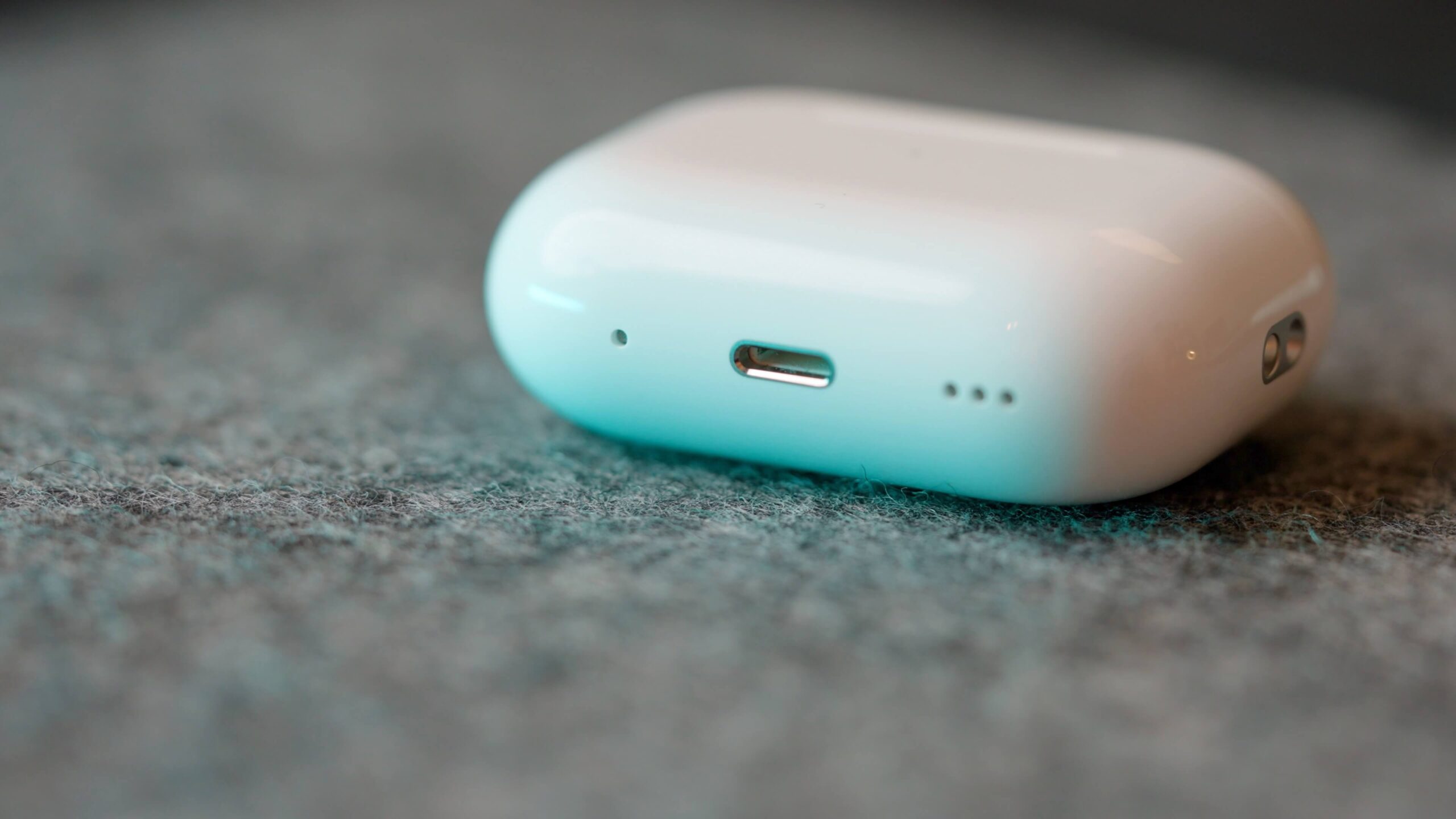 The aforementioned lanyard connection thing will delight those who want to personalise their AirPods Pro case beyond the inevitable flood of emoji engravings. But I’m more interested in the speaker, which chimes when you begin and cease charging and can be used – finally – to help locate your lost AirPods Pro 2.

This new case is also water and sweat-resistant “for non-water sports and exercise”. So, while you still can’t go swimming with it, you can at least drop any worry you had about the first generation case getting wet in your pocket during a downpour.

5. They come with more tips

Buy a pair of AirPods Pro 2 and you’ll receive an extra set of tips. The new extra small version joins the small, medium, and large ear tips that came with the first generation AirPods Pro. 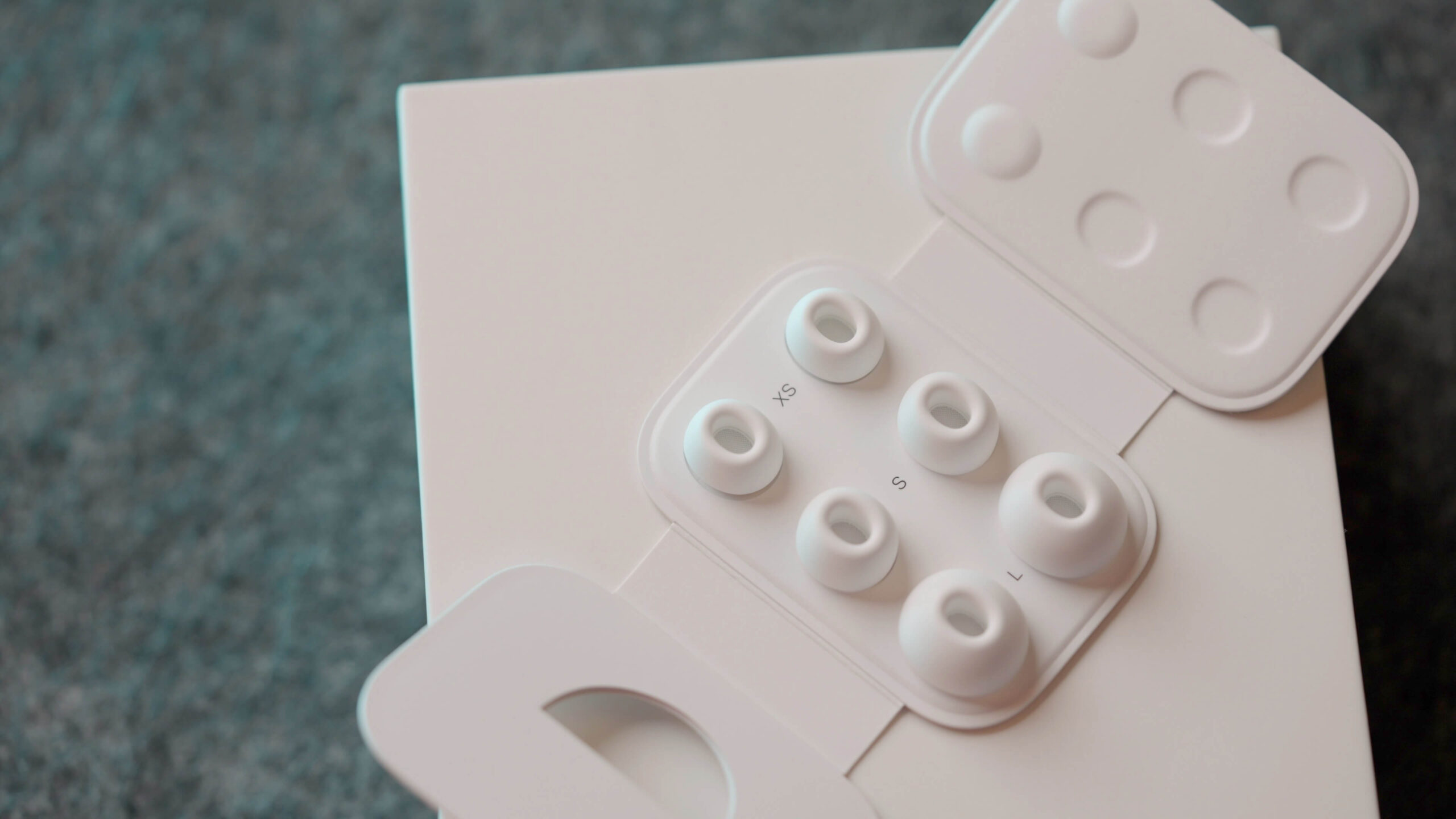 Don’t say I didn’t warn you.

I have absolutely no idea.

Apple includes a weird configuration feature for personalised Spatial Audio in the Settings app on your iPhone. It’s reminiscent of the Face ID setup process but includes the need to shoot footage of your own ears. Blindly.

I got it working eventually, but, obviously, I have no idea whatsoever if it has improved the Spatial Audio experience (because Spatial Audio was phenomenal, to begin with).

7. You need to hear them

I was never dissatisfied with the sound made by the first generation AirPods Pro. It was a step up from regular AirPods and perfectly adequate for most types of music.

They were trounced, however, by the earbuds I’ve been using over the last few weeks – the brilliant OPPO Enco X. 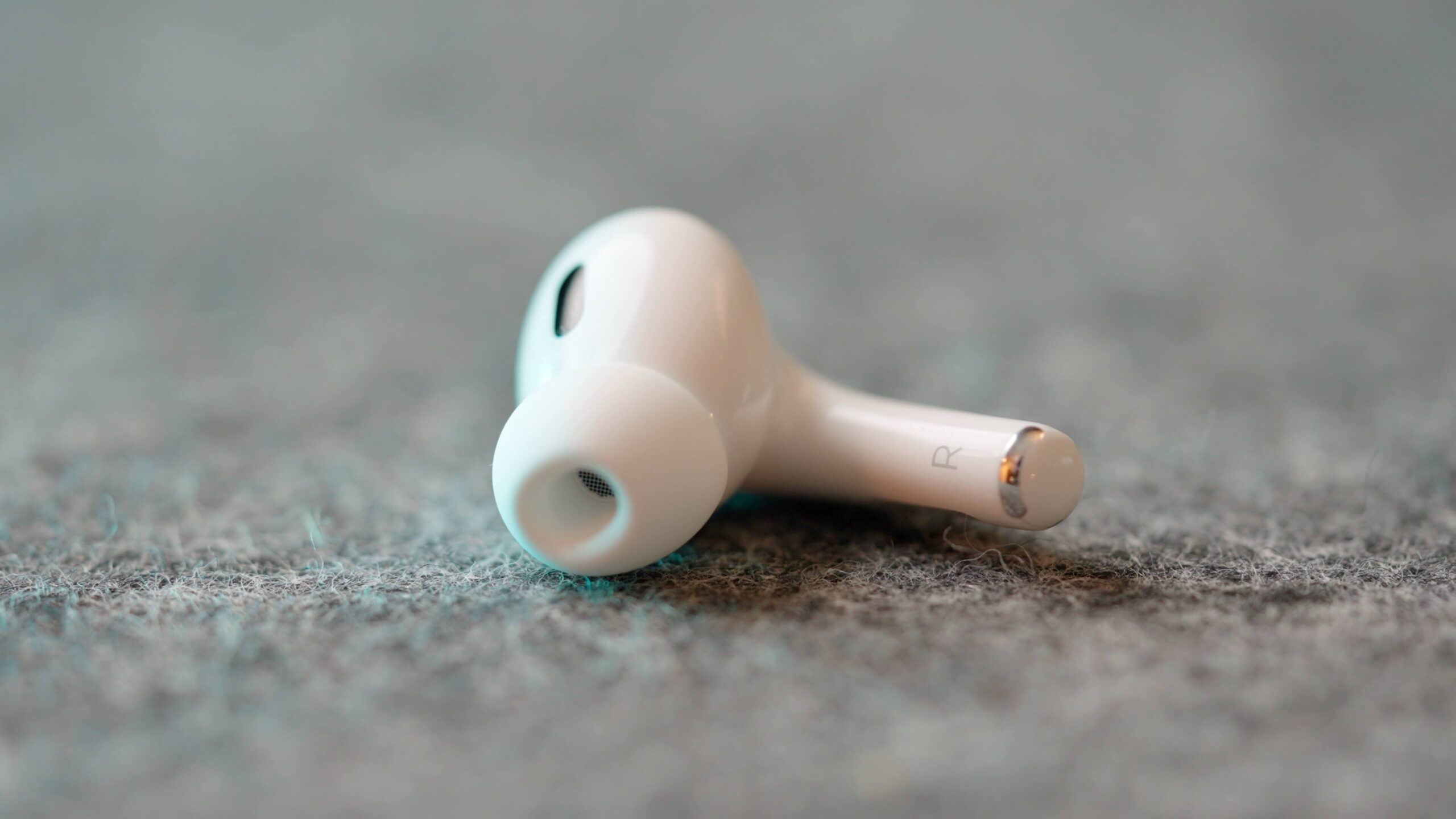 I’ve got some good news. The AirPods Pro 2 are next level. They are such a huge improvement on their predecessors – and this is one of the biggest surprises for me – I really was expecting more of the same.

AirPods Pro 2 sound much fuller overall, with clear highs, plentiful but not overpowering sub-bass and the ability to deal well with any genre. By comparison, the original AirPods Pro now sound harsh; the new kid on the block is a much more pleasant, exciting listen.

If the sound quality is your thing and you’ve been indifferent about the AirPods Pro in that regard, these are a huge upgrade. In fact, they suggest that the original AirPods Pro really weren’t much cop at all.

No, lossless audio wasn’t introduced at the Apple event. Still, as nice as this would have been to talk about, it’s pretty meaningless on earbuds like these. Whatever Apple has done with that H2 chip is absolutely superb and worth the upgrade price alone.

The second surprise for me was the noise-cancelling performance on AirPods Pro 2.

Apple was typically bullish about the improvements made in this area. Thanks to that new chip and sensor tweaks, we can expect, apparently, up to two times better noise cancelling than on the first AirPods Pro.

I reckon that’s accurate. In fact, it might even be a little conservative.

As a result, the AirPods Pro 2 are far more comfortable for long listening periods, and the world around you does get noticeably quieter. 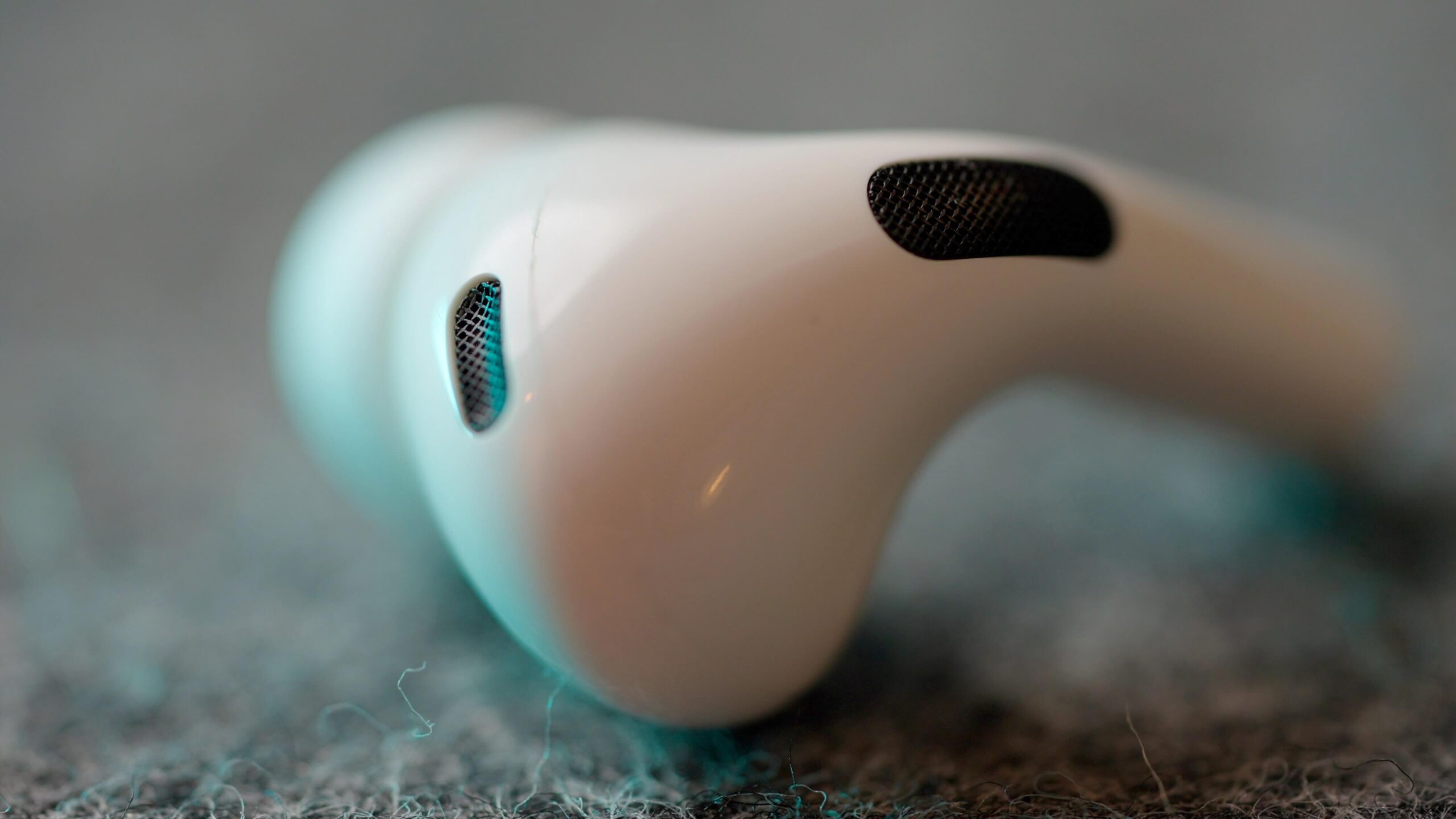 Transparency mode is a lot better, too. The world filters in far more naturally on the new pair. For instance, on the first generation AirPods Pro, I can still ‘hear’ the AirPods Pro residing in my ears, whereas on the second generation, it really is as though they’re not there.

The best noise-cancelling earbuds just got so much better.

9. The king of calls

AirPods Pro have been my calling headset of choice for the last two years because they’re convenient, feature the aforementioned transparency mode, and I’ve never had an issue with call quality.

That won’t change with the new pair – they are just as good, if not quite a bit better if my girlfriend’s reaction (“WOW you sound clearer”) was anything to go by. This is likely thanks to the advertised improvements to the mics and transparency mode.

10. They’re worth the upgrade

So, the big question is – should you upgrade to AirPods Pro 2 if you’re an owner of the previous generation? 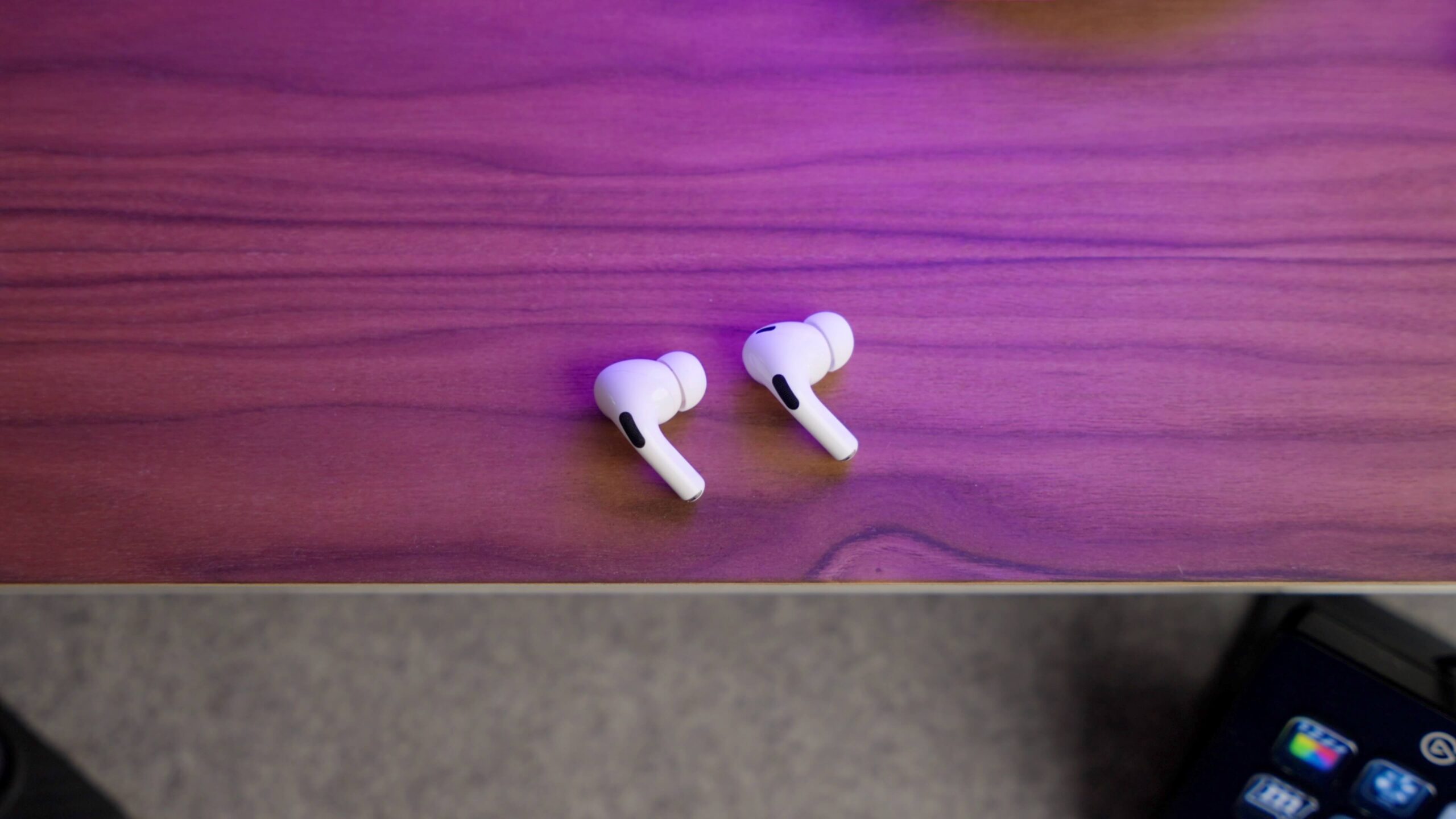 This depends. The first AirPods Pro are still a great pair of earbuds. If yours are holding up in terms of battery life and performance, there really isn’t a reason to spend the same amount again to get a new pair.

But if your battery life is waning (a common issue with AirPods of all kinds after a while), or if you’re simply two years into ownership and would like a fresh pair, I cannot recommend the new version enough.

They might look identical, but inside they are anything but. More importantly, something will make your day when you first try them out – be it the sound, noise-cancelling, or the superb new transparency mode.

Well done, Apple – you caught me on the hop with this one – this is your best release of the year alongside the awesome Apple Watch Ultra.