A Non-Audiophile’s Guide to Building an Audiophile Rig

A Non-Audiophile’s Guide to Building an Audiophile Rig

Hands-up: I have a headphone addiction.

I’m lucky (or perhaps unfortunate, given my condition) that I get sent lots of free pairs of headphones to review for my YouTube channel. This has given me an appreciation for a wide range of consumer cans.

From the ludicrously-priced yet buttery-smooth AirPods Max to Sony’s incredible WH-1000xm4, there are some truly superb options out there.

Whether you’re really into the quality of sound or just want a decent pair of over-the-ears that block out the world around you, congratulations: you’re living in possibly the most exciting headphone era ever.

But I’ve always had one nagging question at the back of my mind: what do audiophiles know that we mere regular consumers don’t?

Why do they invest in separate components and expensive cabling, and refuse, point-blank, to listen to Apple Music streams?

I decided to find out.

What is an audiophile?

An audiophile is someone who listens to music in an entirely different way to you and me. They enjoy it just as much, but they’re listening out for every hit of a cymbal, stroke of a guitar string and loose breath from the vocalist.

To audiophiles, sound really matters. They invest in gear that enables them to hear every nuance of a track and experience it as intended by the mastering engineer.

It’s not for everyone. These people have a deep-seated interested in audio and genuinely love the gear they invest in. It can be an expensive hobby, too, and I’ve been warned by several audiophiles that it’s a bit of a rabbit hole once you enter the world of premium headphones, amps and DACs.

A few weeks ago, I spoke to a chap called Jeff, from California. He agreed to come on my channel and chat about his experiences with AirPods Max. A self-confessed audiophile, Jeff’s opinion on Apple’s expensive headphones was of huge interest to me – and, as it transpired, my audience.

He also inspired me to start building my own audiophile rig.

The gear I chose

My audiophile headphone rig consists of three components (one of which is the source – I’ll come onto that later).

The first piece of the audio jigsaw I needed was a headphone amp and DAC (digital-to-analogue converter). There’s a massive range of these to choose from and they can either be bought separately or as one unit.

I opted for the iFi Zen DAC, partly because the lovely people at iFi offered to send me a review unit, but also because it’s a wonderfully priced entry point into the world of headphone amps and DACs. For just £129, you’re getting serious bang for buck, according to the reviews. 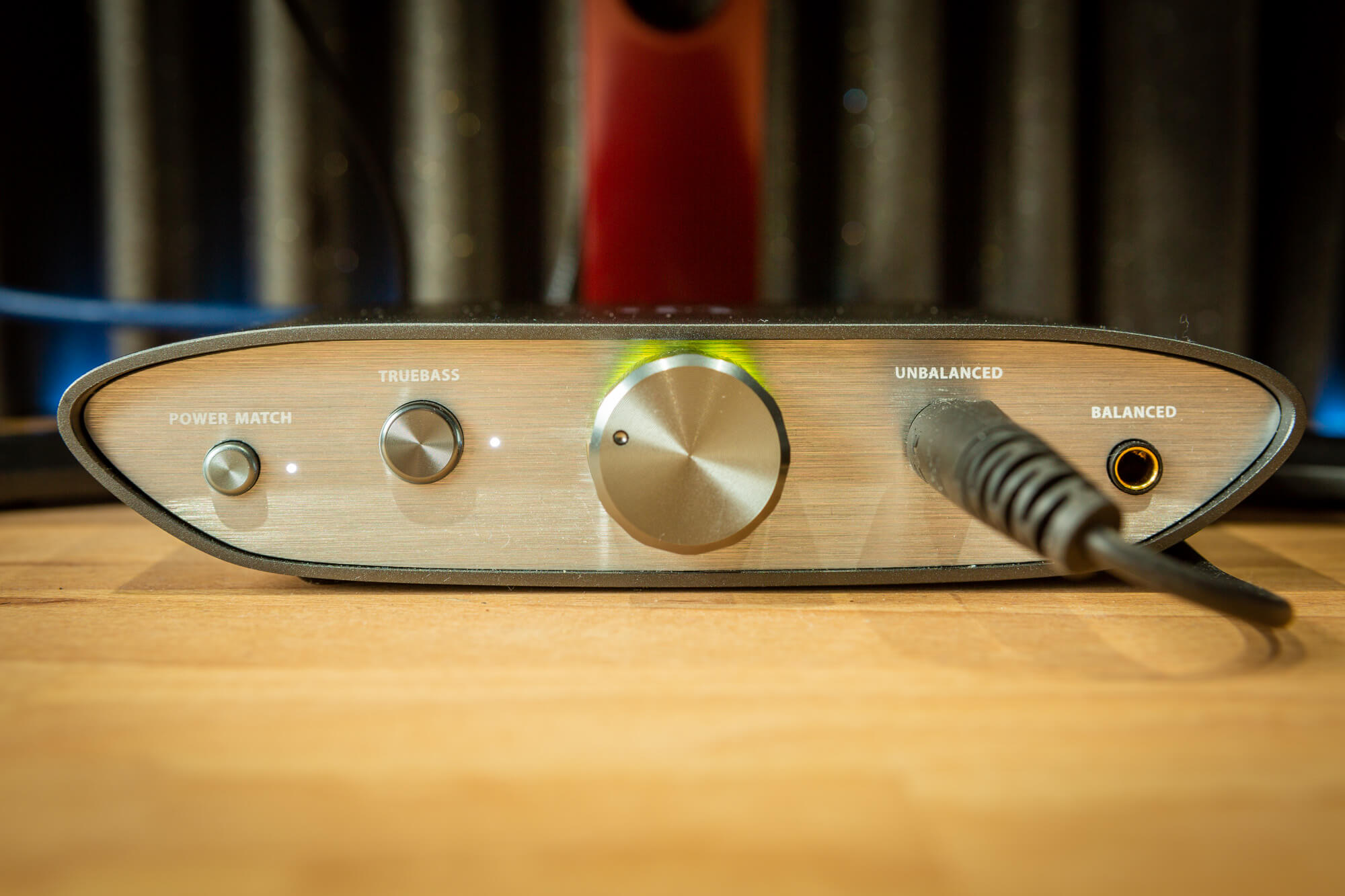 Next, I needed a pair of headphones. So, I turned to my new friend Jeff and asked what he’d recommend. The answer was immediate; “get the Sennheiser HD 560S,” he said. At £169, they seemed entirely reasonable compared to some of my consumer-grade headphones, which often start at the £250 mark. 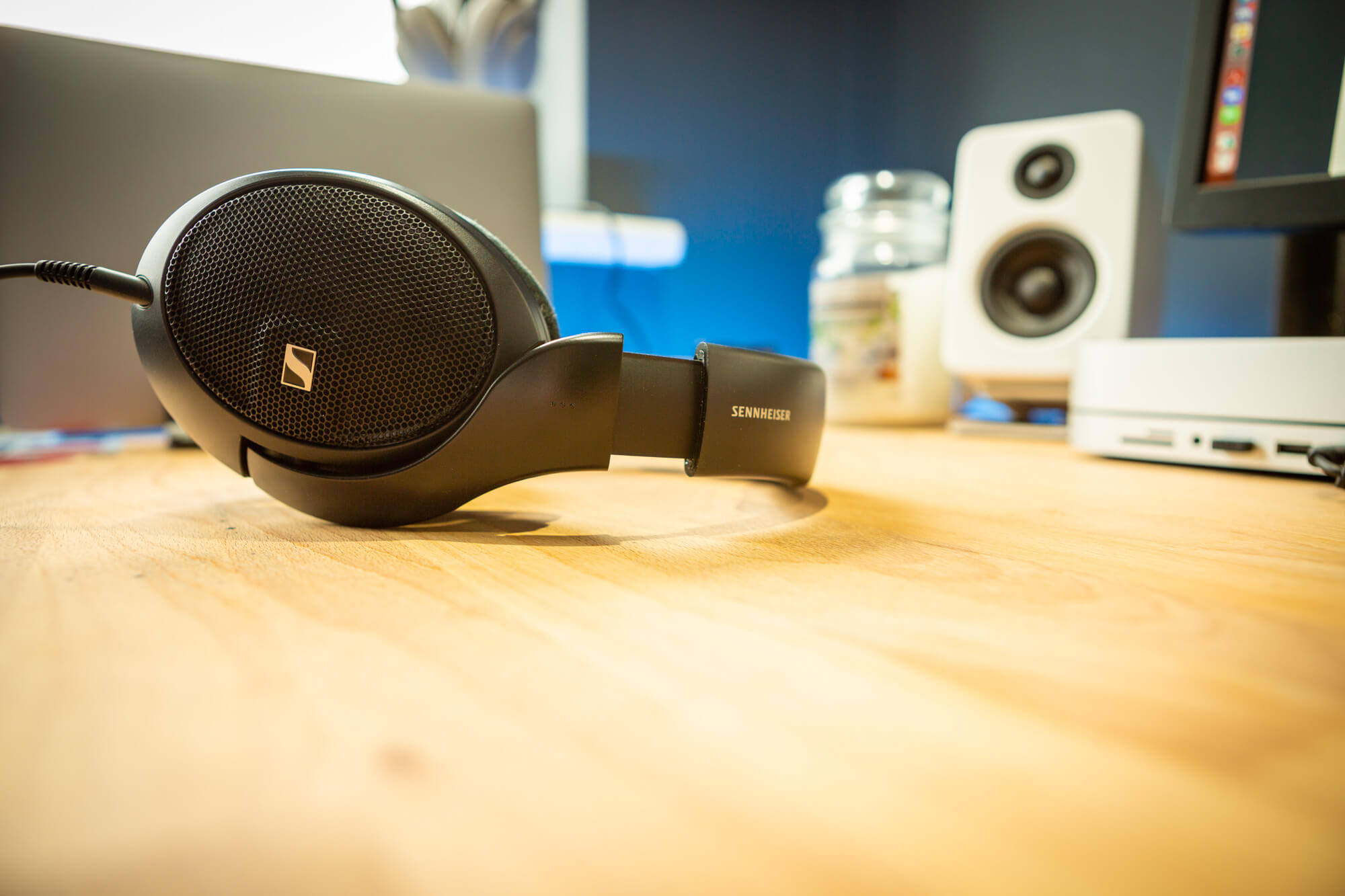 That’s my rig. Simple, right? And at just under £300 for the lot, considerably cheaper than Apple’s new flagship headphones.

It might be worth highlighting at this juncture that the Sennheisers aren’t Bluetooth headphones, nor are they noise cancelling; audiophile setups are all about cabled connections and as little interference with the sound as possible. They’re also ‘open back’ headphones, which delivers a wider sound stage than most consumer units, which have closed backs. The result? Lots of sound leakages; you wouldn’t wear these on the tube.

You may also be wondering why I need the iFi Zen DAC. After all, couldn’t I just plug the headphones into my Mac mini and be done with it? Well, I could, but these headphones need driving with some extra oomph, which is what the iFi Zen DAC provides. Equally, that little headphone amp will take the audio source from the Mac and convert it from a digital to an analogue signal, thus feeding the headphones the cleanest, purest sound possible.

Like any pair of headphones, the HD 560S need bedding in to get the most out of them, but even during that first listen, it was clear I had entered a new world. The sound is so wide. It feels like you’re listening to a high-end HiFi system sat in front of you, rather than a pair of headphones.

The difference in quality between this setup and a pair of Bluetooth noise-cancelling headphones like the WH-1000xm4s is immediately obvious. The latter are a wonderful sounding pair of headphones, but they’re also coloured; their sound has been tweaked by Sony for mass appeal.

The HD 560s, like all audiophile headphones, have barely been touched in terms of EQ. This gives them a ‘flat’ sound profile and means you’re hearing the music as intended. And, with the iFi Zen DAC feeding them, your ears are receiving such a clean signal that you really can hear every strike of a piano’s hammer.

I’m going to avoid getting into the weeds with this, but suffice to say, if you’re not an audiophile but you’re as curious as I was about what you might be missing out on, you will not be disappointed.

I’ll be honest – I’ve always been suspicious that this kind of audio setup will do nothing more than leave you listening analytically, rather than for enjoyment. But the reality is far from that. The sound quality, openness of the soundstage and dynamic range is so engaging. It’s addictive.

A quick note on the source I’ve been using to test out my audiophile setup.

I’m using TIDAL’s HiFi subscription. Priced at £19.99 per month, it isn’t cheap and of course adds to the overall cost of my setup, but there’s a good reason for choosing a high-quality streaming service when you get into this game.

It’s the old adage, “rubbish in, rubbish out”. Because headphones like this are so unforgiving, if you play low bitrate audio from a service like Spotify, you’ll hear it. And I wasn’t about to ruin the experience with a poor source of audio.

So, I bit the bullet and went for TIDAL HiFi. Their tracks are split between HiFi quality and something called ‘Master’ quality, which is their top end, as-close-to-original as it gets. And it sounds wonderful.

I love my little beginner audiophile setup, but I’m already thinking about how it could be improved. That means I’ll absolutely be upgrading the setup as time draws on, but I want to run the HD560S a little while longer to get a feel for what I might be missing out on.

I also have two pairs of audiophile in-ears to dig into, and I’m already considering the potential benefits of running a separate amp and DAC.