5 Things You Didn’t Know About the Studio Display

5 Things You Didn’t Know About the Studio Display

The Studio Display is a hard product to love. It costs far more than most normal people would ever willingly spend on a monitor and fails to deliver full value for money.

That last point will irk some people – particularly ardent Apple fans. They’ll argue that the 5K panel, build quality, and strikingly handsome looks make it worth the price tag.

I disagree. Like AirPods Max, it is simply too expensive and sits within a price bracket which requires a serious amount of disposable income if you’re buying one for personal use.

However, if you’re running a business or using the Studio Display in some way to help you earn a form of income, it can be justified. There are just five things to take into account – a few of which you may not have considered.

When I first used the Studio Display in anger for video editing I thought I’d found another irritating side effect of owning Apple’s latest standalone monitor.

With my 16-inch MacBook Pro connected via thunderbolt and two external SSDs taking up the remaining ports on the laptop, I stood there, third SSD in hand, wondering how on earth I was going to connect it.

Before the Studio Display, this wouldn’t have been an issue, you see. I’d have been editing the video on the MacBook’s screen, and therefore all three USB-C ports would have been available.

Now, that bloody expensive monitor had stolen one. 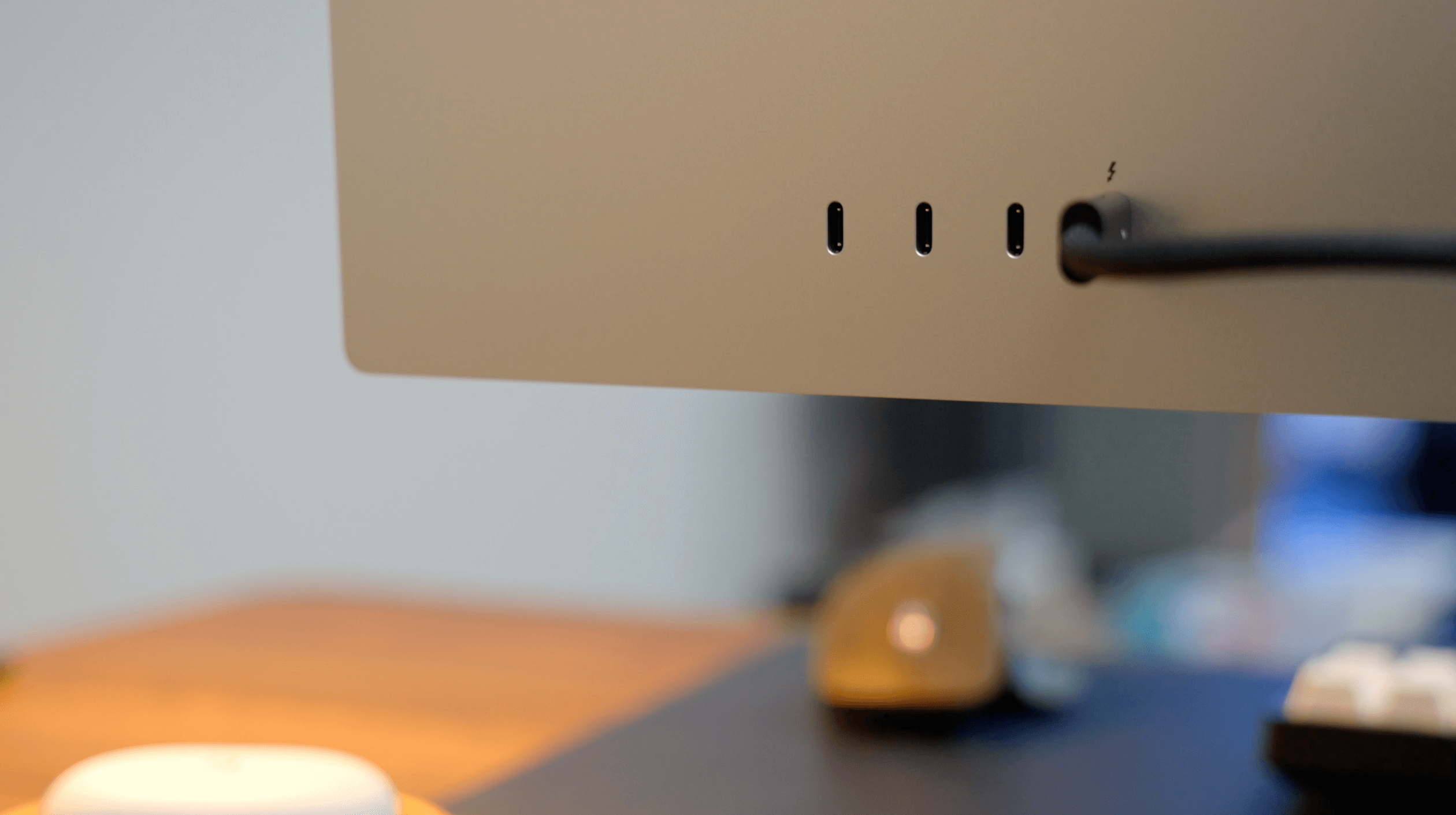 Then I remembered that there were three spare USB-C ports on the back of the Studio Display. Rated at up to 10Gb/s, I’ve found no issues whatsoever occasionally editing 4K video footage from them in Final Cut Pro.

So, goodbye to any whiff of another USB-C hub!

2. The panel quality is top-notch

I was never happy with the panel quality of my 2017 5K iMac. The screen uniformity was off, and it suffered from those dreaded darkened corners. It wasn’t enough to make the thing unusable, but for a £2,000+ computer, it never felt good enough.

Why not return it, you ask. Well, having looked at several other iMacs in my local Apple store and concluding that they all appeared to suffer from the same display issues, I decided not to enter the panel lottery. 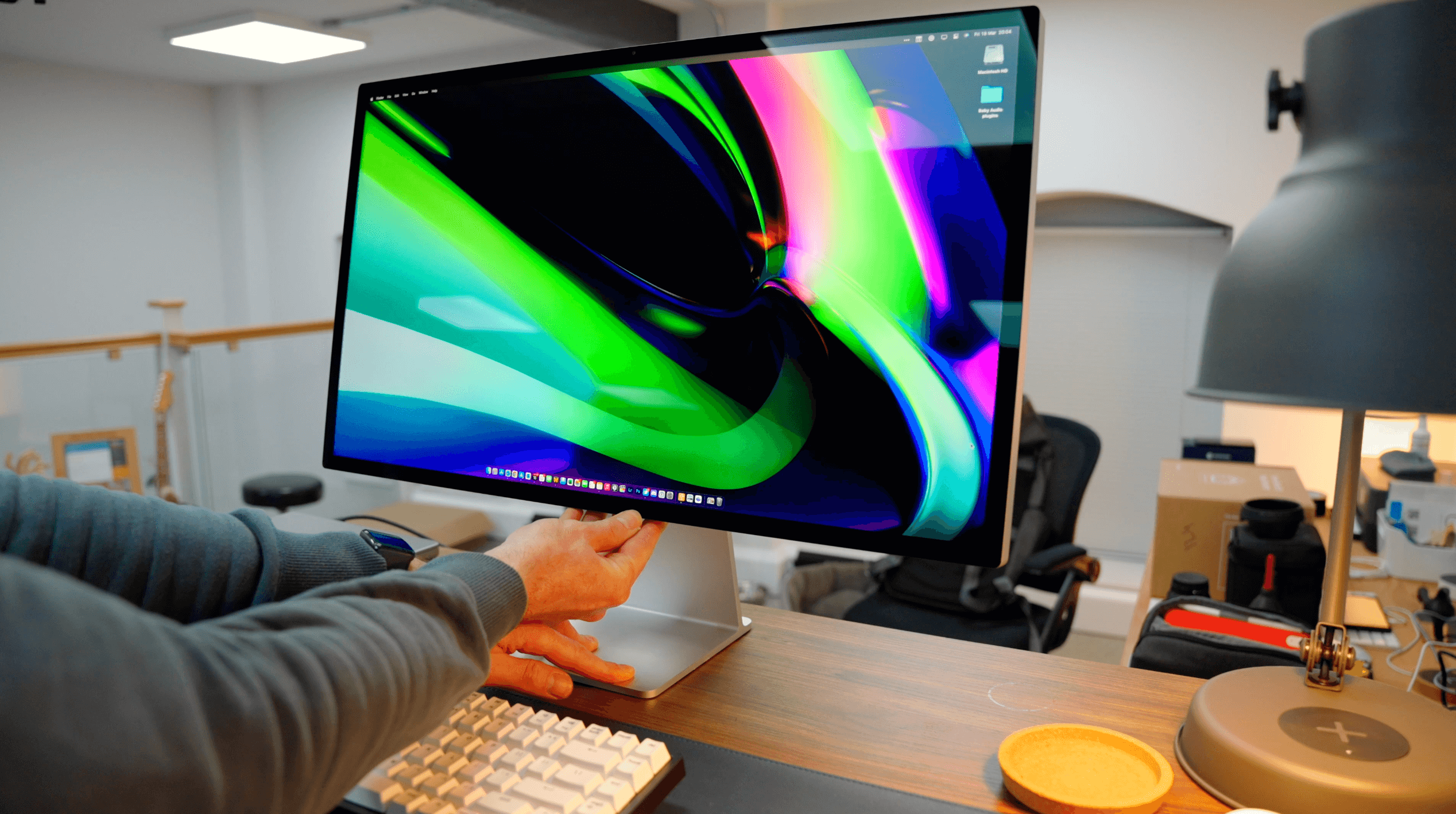 This is partly why I was a little trepidatious about the arrival of my Studio Display. Would it exhibit the same problems?

I needn’t have worried. The Studio Display I received is damn near perfect. And I know it’s the only one I’ve seen, but I think there’s a solid chance Apple has finally ironed out the quality issues from before.

My original review of the Studio Display took off like a rocket and I only have to mention it within the title of a blog post or video for that piece of content to receive significant reach and engagement.

The irony of this won’t be lost on me if this blog post tanks (which it might), but the Studio Display is a content creator’s dream – particularly if you work in the Apple field.

I also appreciate that this particular fact about the Studio Display is a bit niche, but it really is worth noting if you create similar content to me. This is such a fascinating product and one of Apple’s most divisive in years – I can say this confidently because I see the discussion it always stirs in the comments sections.

For that reason, I’ll continue to squeeze every ounce of content from the Studio Display until I have nothing more to say.

4. The thunderbolt cable is bloody lovely

A little while ago, I labelled Apple’s auxiliary cable for AirPods Max as “the worst Apple product I have ever purchased”.

It really is. This is why I was so surprised when I unearthed the thunderbolt cable from the Studio Display packaging. It is bloody lovely; probably the nicest I own, in fact. Braided, tough, and long enough (in my opinion), it’s a joy to use. 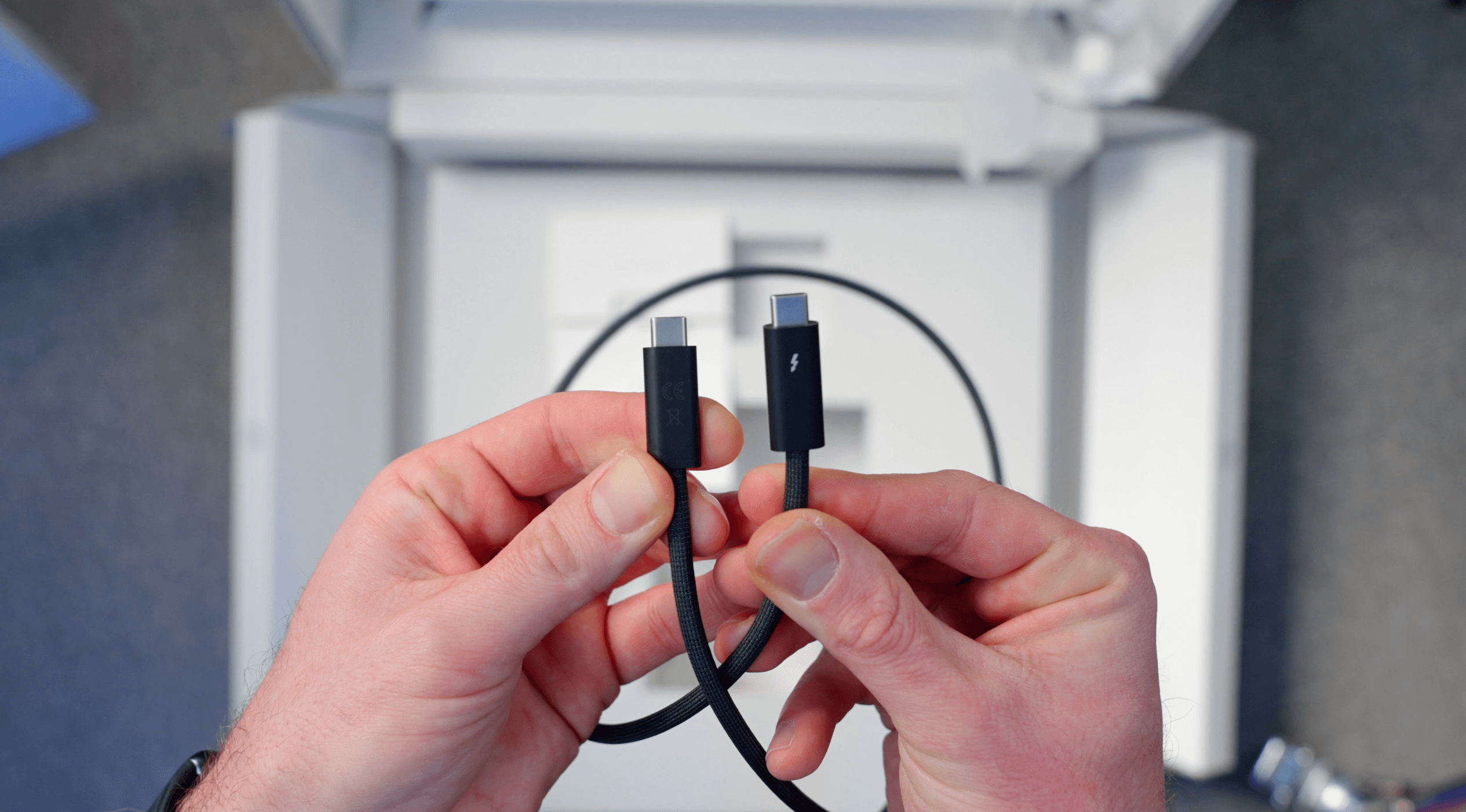 This simple accessory is an example of Apple at its best. In fact, it’s one of the only elements of the Studio Display that says “we know you’ve spent a lot on this thing, so here’s a lovely cable to make up for it”.

Well, it is – if you yank it hard enough. Which you’re clearly not supposed to do.

A few reviewers tried this. Whether they did it out of genuine confusion or for ‘the clicks’ is irrelevant – this power cable isn’t supposed to be detached by mere mortals like you and me.

I appreciate that anyone who saw those reviews (including mine – although I didn’t yank it) will be aware of this, but I’m concerned that the Studio Display’s un-detachable power cable might have slipped under the radar following the initial flurry of social media posts it prompted.

If you buy one, please don’t yank that power cable (and, yes, I agree that it should be yankable).

The Studio Display will forever be a very tricky purchase for personal use. Thankfully, if you’re a big Apple fan, have disposable income, and have been waiting for an attainable Apple standalone display, you won’t be disappointed.

But the more I think about it, the more I think the Studio Display lives up to its name; it’s primarily for professional use, and will serve those owners very well indeed. Just make sure you take into account the five points above if you’ve got your eyes on one.