5 Reasons Why Brain.fm Just Gets Better and Better

5 Reasons Why Brain.fm Just Gets Better and Better

Back in April, I suggested that Brain.fm might be the “best focus app for work”.

Three months later, and having used the app literally every day to get stuff done – I think I was right. Better still, I think this app has made me more productive than I’ve ever been. It has also arrived during a time of my professional life when there is so much stuff going on.

As a result, Brain.fm feels like a knight in shining armour.

I think there are five reasons (it’s always five, isn’t it?) Brain.fm is such a game changer for productivity, and I’m going to share them with you today.

GRAB BRAIN.FM HERE (USE CODE MARKELLIS FOR 20% OFF!)

Brain.fm relies on a “science-first approach” to pipe music into your ears that “affects your brain differently than any other music”.

This isn’t marketing hyperbole. The team behind Brain.fm know all about the science stuff that goes into the sounds produced by their app. 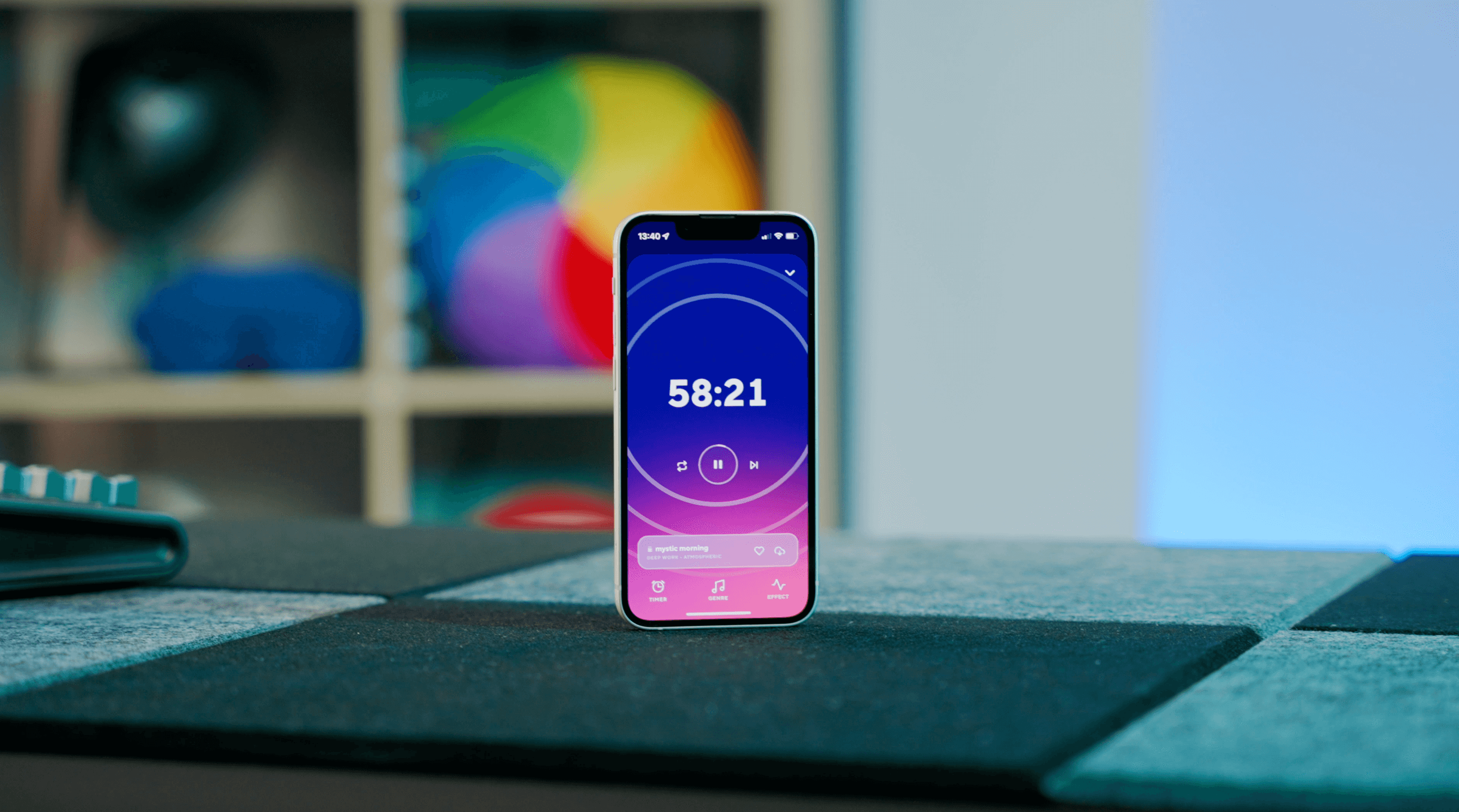 By using patented neuromodulation, Brain.fm does something called ‘neural phase locking’. That might sound immediately impenetrable, but I’m about as far from a scientist as you can imagine, and I’ve managed to work out what it means.

In simple terms we mere mortals can understand, Brain.fm contains a library of audio tracks that are free from lyrics and which drift along on long, repetitive rhythms, beats, and chord progressions. Some of them don’t even have chord progressions – they’re just one long chord that filters in and out of existence.

The magic lies in the way the music pulsates. The frequencies bounce up and down at varying intervals, and magically ‘lock in’ with your brain’s own fluctuating rhythms, thus promoting coordinated activity.

It sounds highly questionable, I know. And trust me, I’d be the first person at the back of the class to put their hand up and say, “what a load of rubbish”.

But it isn’t. It really, really works.

Here’s why I’ve fallen deeply in love with Brain.fm.

1. It sits among a coveted group of apps

I’m the sort of person who will stick with an app or platform once it starts to deliver results.

As a result, I’m a long-term user of several apps. It’s a coveted list that includes Spark email, Fantastical, Safari (yeah, I’m one of those folk), Final Cut Pro, and Ulysses. 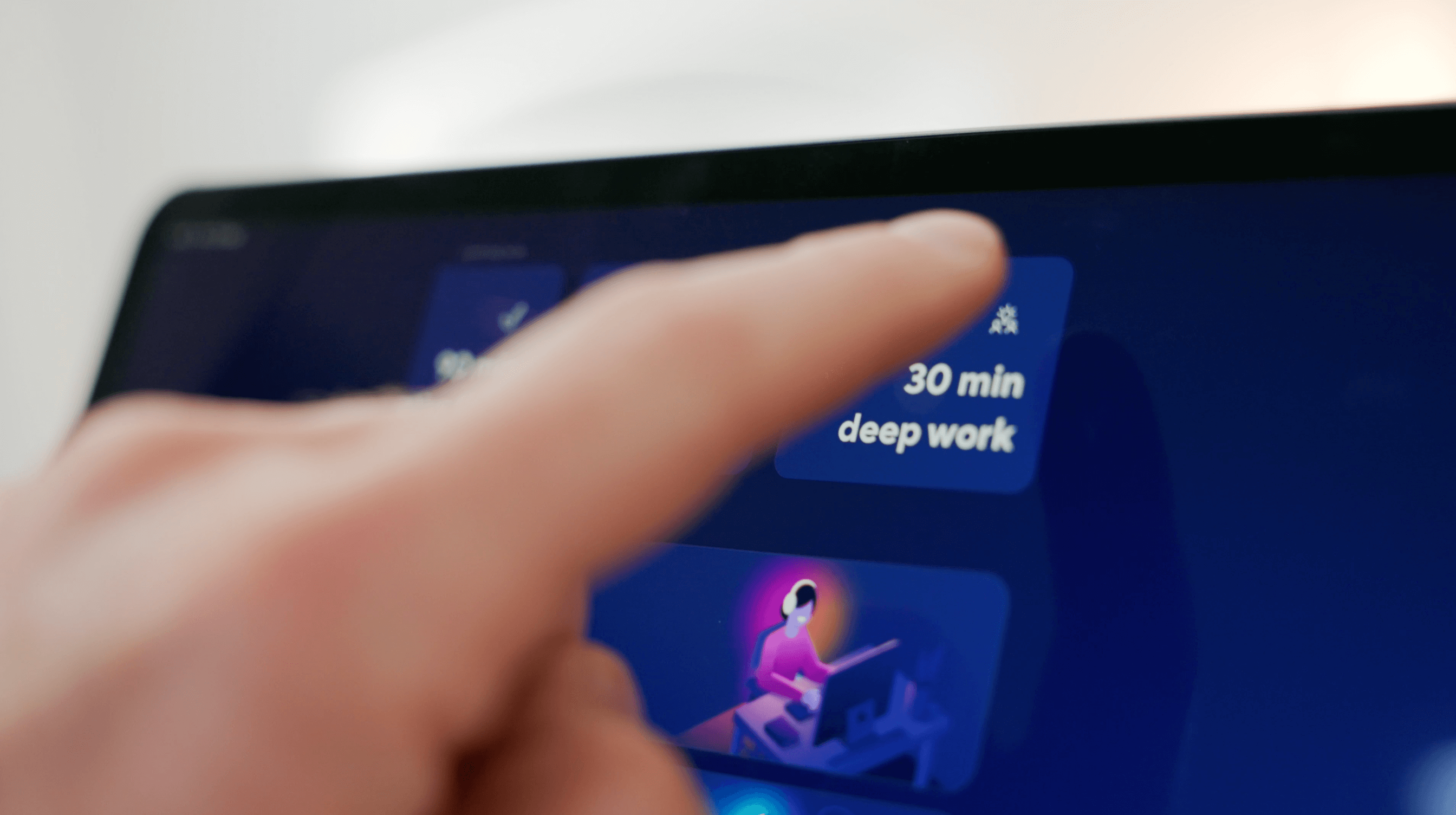 I dare you to prise me away from one of those aforementioned apps. Go on – give it a go. It won’t happen.

Brain.fm now sits among them. It has replaced my previous method of relying on Spotify playlists to get things done, and I’m never going back. Ever.

2. It reveals how distracting ‘normal’ music is

As noted above, I used to be a big Spotify user when it came to productivity music. My library is full of movie soundtrack collections and ‘study with me’ playlists.

I thought they were doing a great job – until I discovered Brain.fm. 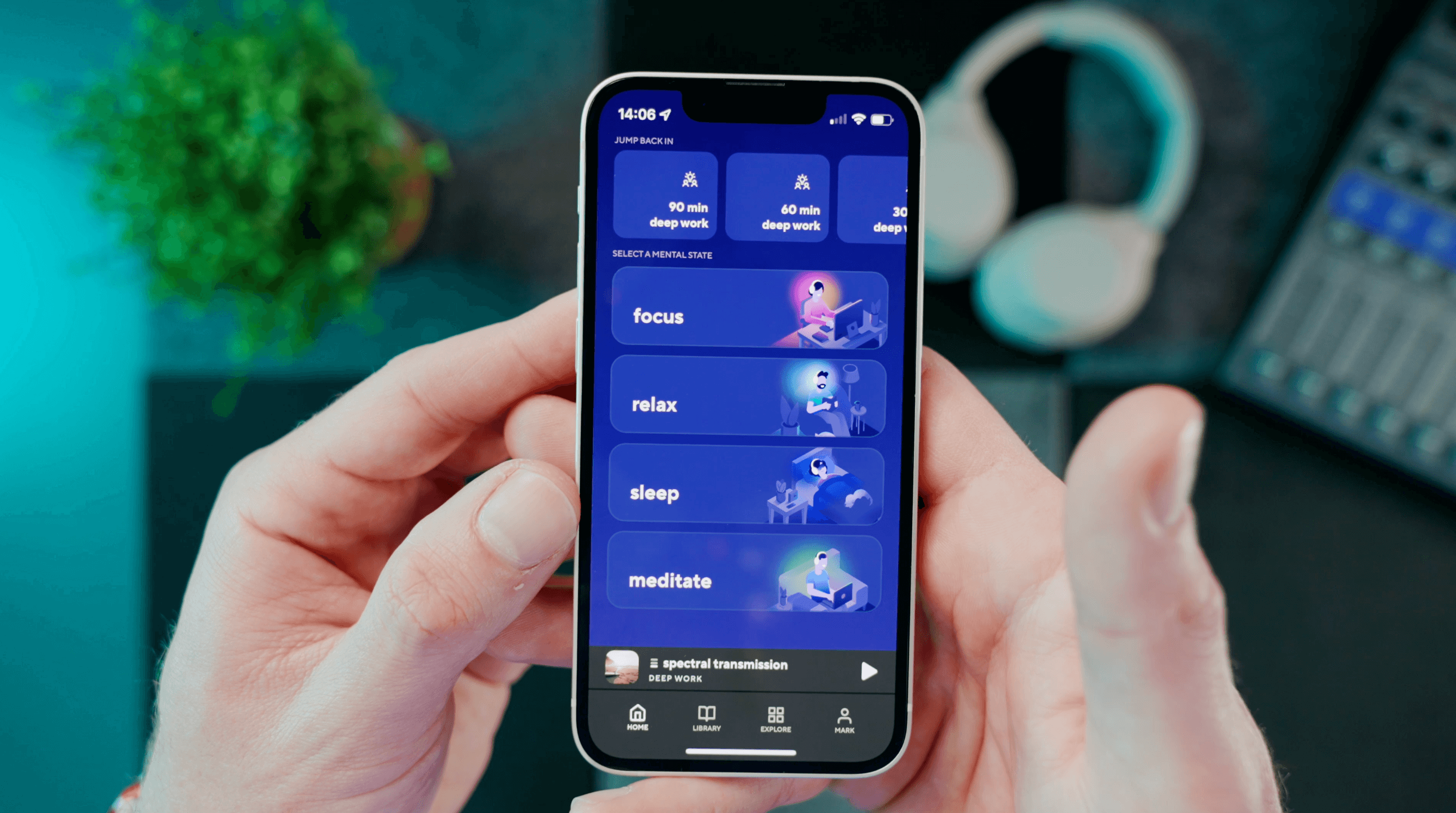 Occasionally, and out of pure curiosity, I’ll head back into Spotify and remind myself of what’s in there. Only, now, I cannot work with anything but Brain.fm playing through my headphones. It’s unbelievable how quickly I’ve been converted.

Now, if I listen to one of my many movie soundtrack playlists, they distract me. I think this is because of the immediate recognition that comes from so many of those tracks; I hear the Jurassic Park theme, and all I can think about is dinosaurs (my work has nothing to do with dinosaurs, so this is vastly unhelpful).

By comparison, Brain.fm plays completely unrecognisable music, which you can listen to again and again without fatigue and without it invoking memories of any kind.

3. It appears to fix writer’s block

I can’t remember the last time I stared at a blank page without a single idea about where to begin.

This used to happen quite a bit. Anyone who writes for a living will know that the first sentence is usually the toughest, and I’ve had plenty of times where I’ve rewritten the opening to a blog post continually. 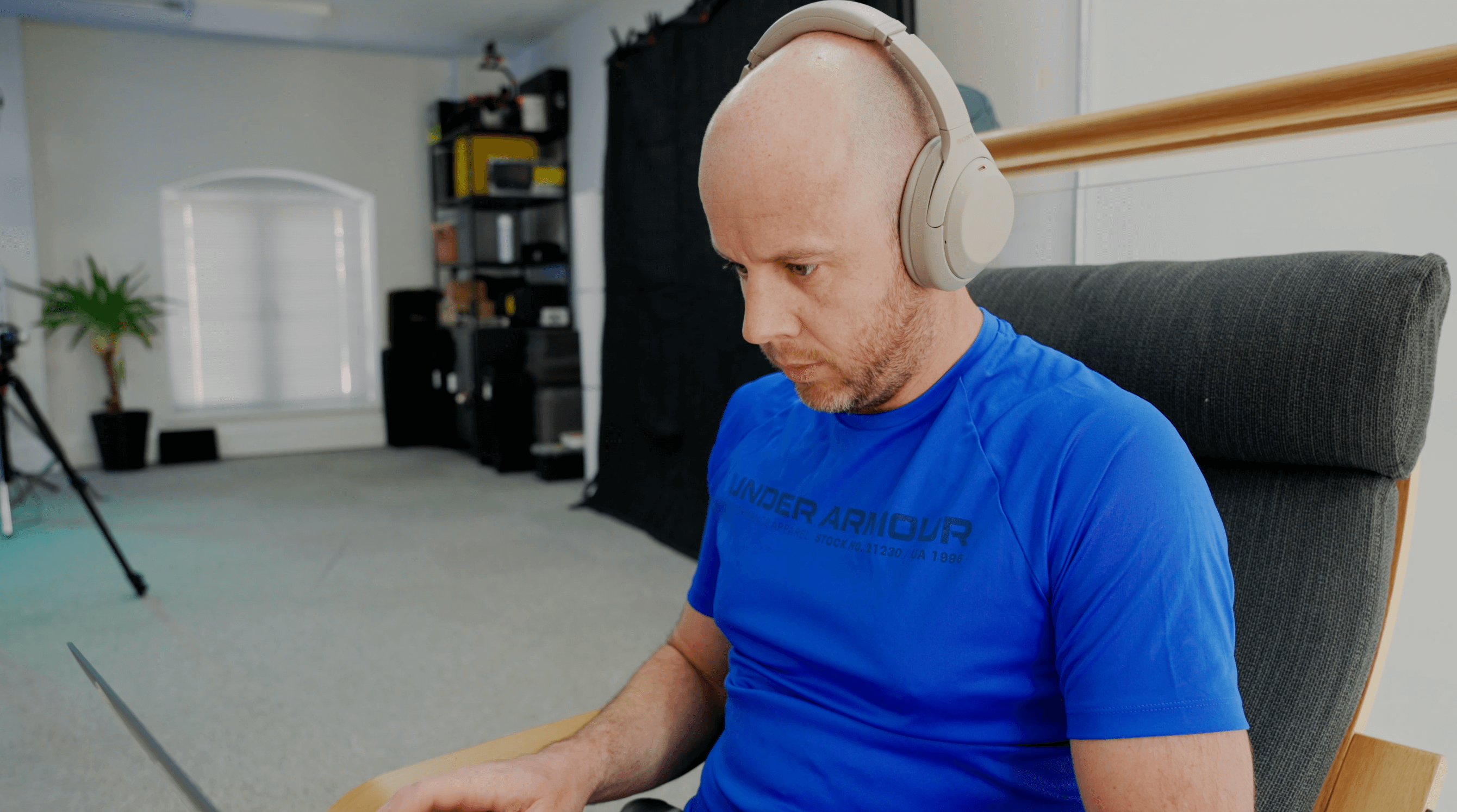 That hasn’t happened since I started using Brain.fm. There’s something about the creative state into which it locks me that prevents writer’s block. It’s magic.

4. It makes those expensive headphones worth it

If you know me, you’ll know that I’m a headphone connoisseur. My studio is full of them both for review purposes but also because I genuinely love noise-cancelling headphones.

However, they are not cheap. If you want a decent pair you’ll need to spend at least £250, although, in reality, you’re probably looking at around £350 by the time you’ve been wowed by the big brands.

I know that plenty of people get excited about buying noise-cancelling headphones but only use them sparingly – or, worse, leave them gathering dust in an office drawer. 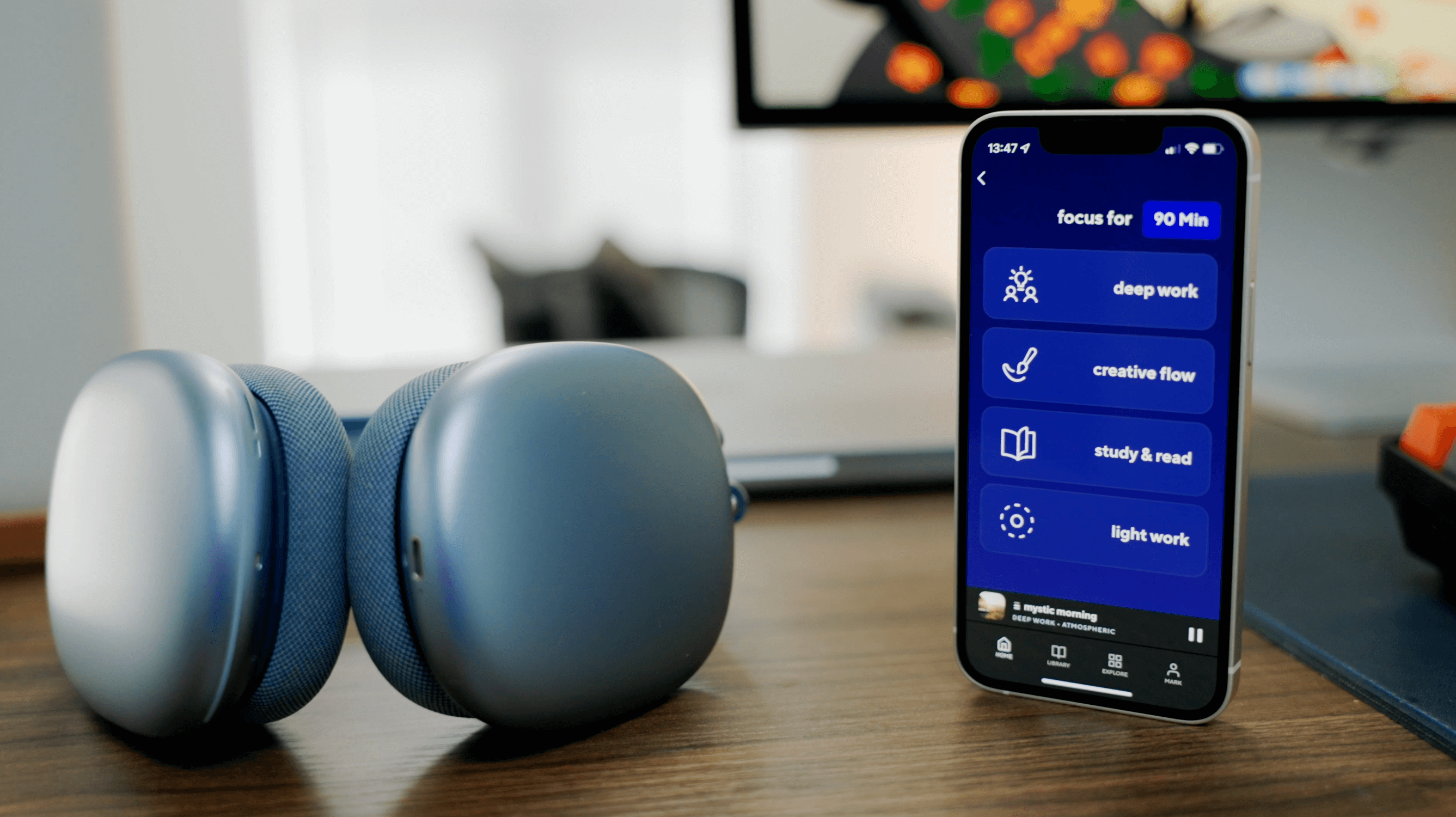 Brain.fm demands a decent pair of noise-cancellers, simply because you’ll lose half of the effect if you can still hear the world around you. It’s why Brain.fm provides the perfect excuse for noise-cancelling headphone owners to put their cans to use.

5. The proof is in the orders

Full disclosure: Brain.fm is a supporter of my brand and if you click the links on this blog post to buy your subscription (with that lovely 20% discount) I’ll receive a kick-back.

It’s one of the ways my business generates revenue and it ensures I can both keep the lights on and grow the brand. 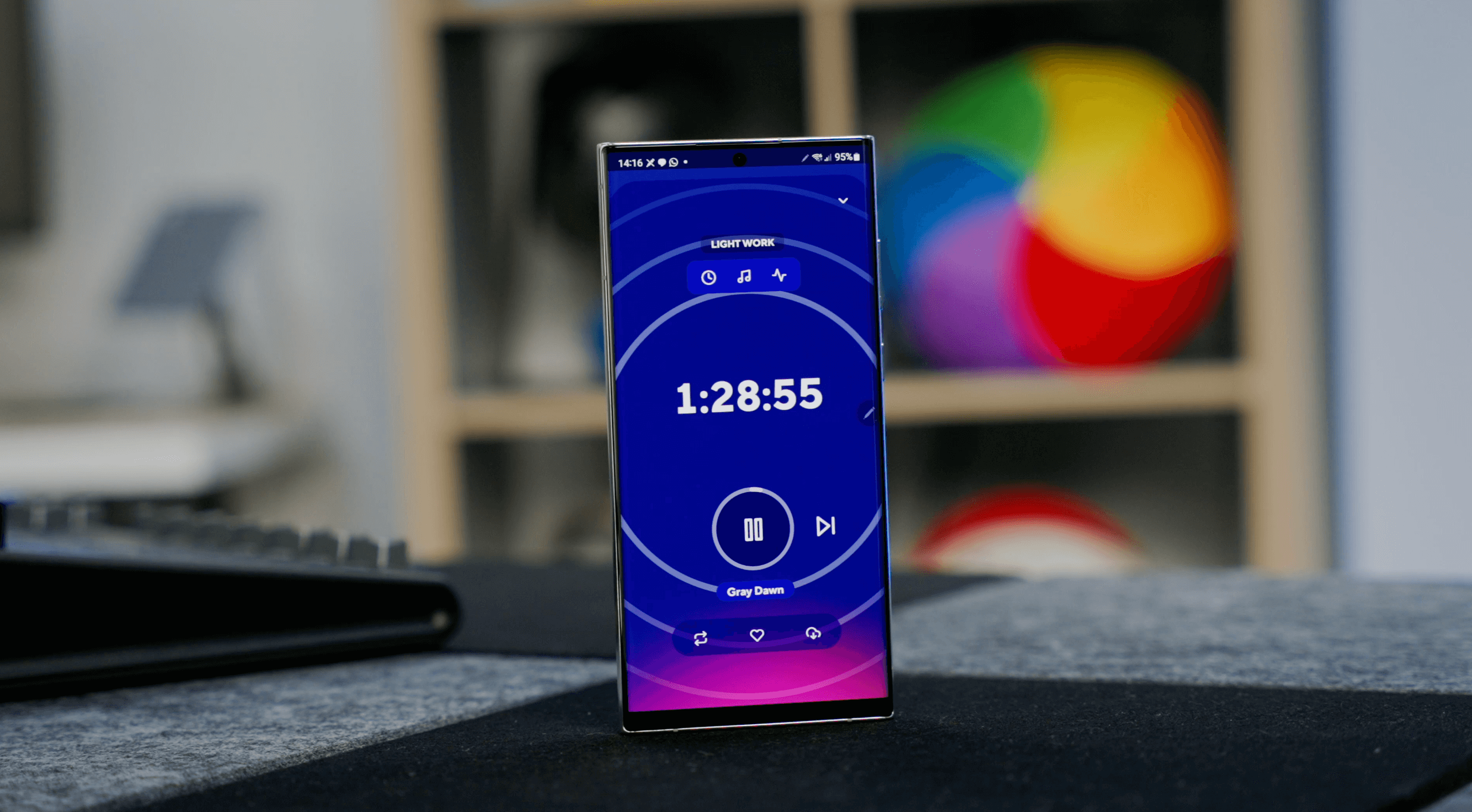 I’ve got a number of affiliate partnerships, but there are only two or three that produce interesting ongoing revenue. Brain.fm is one of them. Since publishing my first review video and blog post, there have been a tonne of new sign-ups to the service, and I’ve received positive feedback from members of my audience who have given it a go. This is quite rare.

When you’re working on this side of the fence, it becomes clear very quickly as to which products and services are the best. Brain.fm fits squarely into that category.

Can you tell I’m a huge fan of Brain.fm? I can’t get enough of it (it’s playing right now, as I sign off this blog post, in fact!).

If you’ve started using Brain.fm yourself, I’d love to hear about your experiences. Equally, if you have a different method for locking yourself into that deep work state, I’d like to know more.

Get involved in the comments section below!